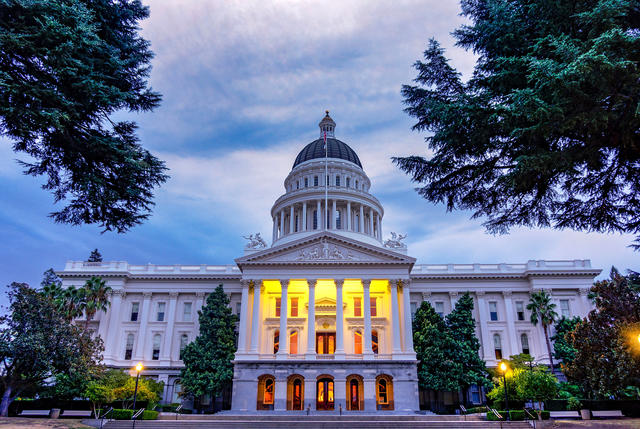 Lawmakers at the state Capitol have until the end of the week to pass bills.

The California Senate approved a landmark bill that requires companies like Uber and Lyft to treat contract workers as employees. An expert said the measure would "implode the gig economy as we know it today." But Democrats said tech companies had been exploiting workers for years. "There is nothing innovative about underpaying someone for their labor," one lawmaker said. The bill now goes to the Assembly, then to Gov. Gavin Newsom, who has indicated he'll sign it. N.Y. Times | USA Today 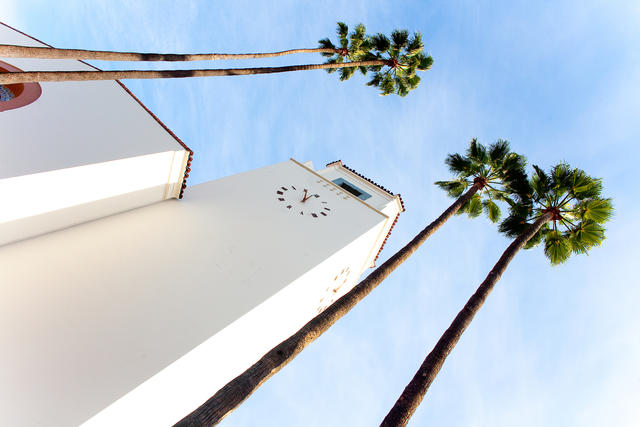 Other legislative moves from the Capitol:

A team of White House officials was in Los Angeles on Tuesday on what was described as a fact-finding mission. L.A. Times | A.P.

Newly released data showed that California's poverty rate, at 18.2 percent, remained among the highest in the nation. Sacramento Bee

California's health care services director resigned Tuesday. No explanation was offered, but Jennifer Kent made the announcement a day after she criticized vaccine bill opponents on Facebook: "The Capitol is filled with a bunch of flat-earthers today," she wrote. "My poor sweet Bacteria Bear is dripping with unvaccinated booger-eater germs." The "bear" refers to a statue outside the governor's office. L.A. Times | S.F. Chronicle 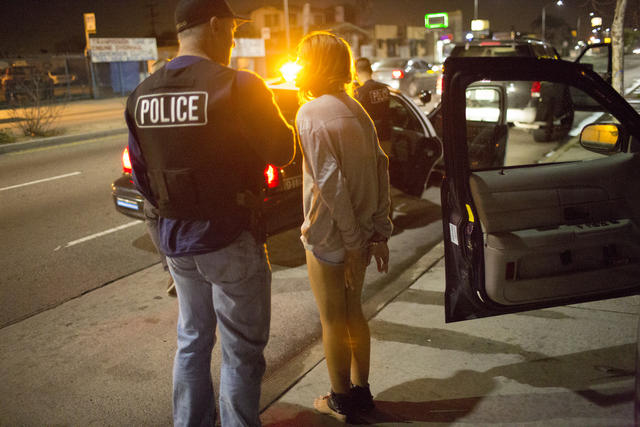 A 17-year-old girl was questioned by a vice squad police officer in Los Angeles in 2013.

Falling crime rates have reduced the number of arrests being made in California. But so have reforms to the criminal justice system. An analysis found that two reform measures in the last decade — Proposition 47, which reduced nonviolent felonies to misdemeanors, and AB109, which thinned overcrowded prisons — combined to lower the overall arrest rate by nearly 20 percent. S.F. Chronicle

The number of new HIV diagnoses in San Francisco has dropped to a record low, even as cases spiked among the homeless and people of color. Medical experts cited "structural racism" and the difficulty of getting homeless people to take medicine. "All of these barriers to taking your medication every day are amplified a hundredfold if you don't have a home," a doctor said. S.F. Chronicle | S.F. Examiner 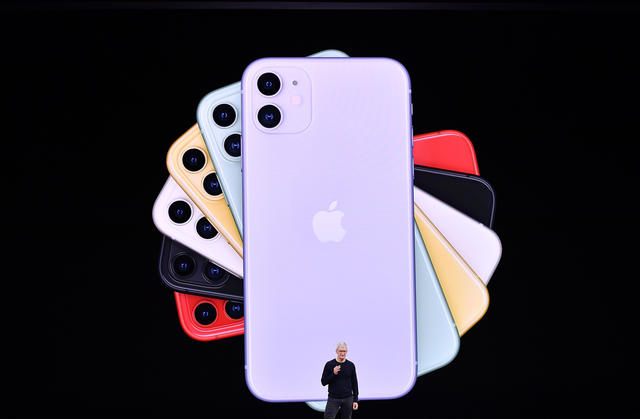 Apple announced a bunch of new products. Among them:

"It blows me away how it all came perfectly together."

A family trapped atop an isolated 40-foot waterfall in the Arroyo Seco area east of Big Sur were desperate to be rescued. So they stuffed an SOS message into a Nalgene bottle and tossed it over the falls. Miraculously, within hours two hikers spotted the bottle and notified authorities. Under dark of night, a rescue helicopter with night vision goggles spotted the stranded trio. There was a lot of hugging and crying. Washington Post | CNN 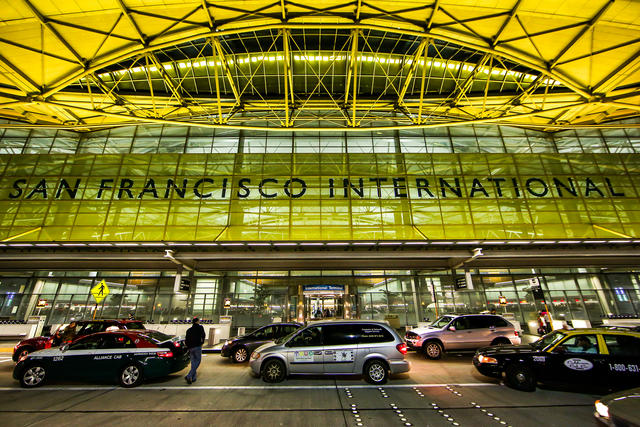 San Francisco's airport is a mess.

More than 1,200 flights have been cancelled or delayed at San Francisco International Airport in less than four days, thanks to the closure of the busiest runway for repairs — and the fixes are expected to take until Sept. 27. The majority of disrupted flights have been within California, meaning delays are spilling over to airports across the state. SFGate.com | S.F. Chronicle

A dozen leaders of a church based in Imperial County were arrested on charges that they used homeless people as forced labor, holding them in locked homes and making them panhandle up to nine hours a day. "The indictment alleges an appalling abuse of power by church officials who preyed on vulnerable homeless people with promises of a warm bed and meals," a U.S. prosecutor said. S.D. Union-Tribune | KPBS 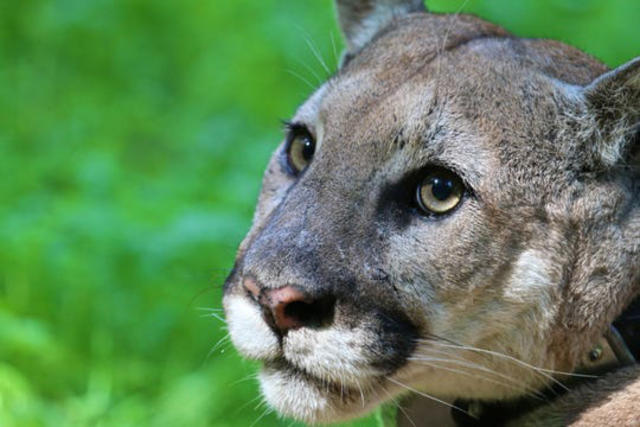 A man was charged with fatally shooting a protected mountain lion that roamed the mountains northwest of Los Angeles and was wearing a GPS tracking collar. Prosecutors believe Alfredo Gonzalez, 60, shot the male cougar, known as P-38, in the head, and vandalized its collar. No motive was given. He could get a year in jail. Ventura County Star | A.P.

Another mountain lion was killed over the weekend trying to cross the 405 freeway. Opinion: "If we keep letting mountain lions die in L.A. traffic, there soon won't be any left." L.A. Times 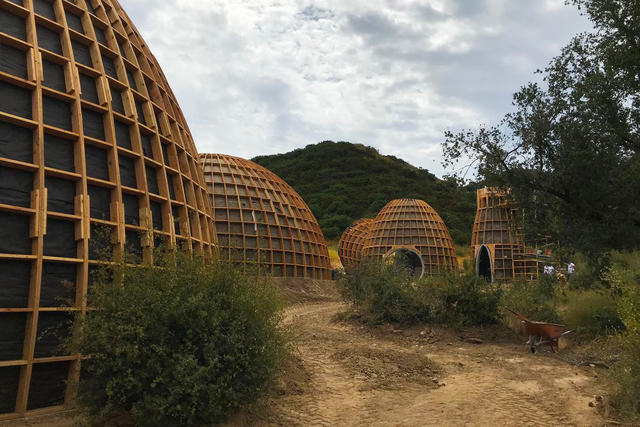 The domes were said to be inspired by homes from the fictional planet Tatooine.

Kanye West built a bunch of dome-style homes inspired by "Star Wars" for Los Angeles's poor and homeless — then he ran into L.A. County's red tape. Inspectors visited his Calabasas estate and cited him for skipping the permit process. Now all but one of the structures have been torn to the ground. Archinect | L.A. Magazine 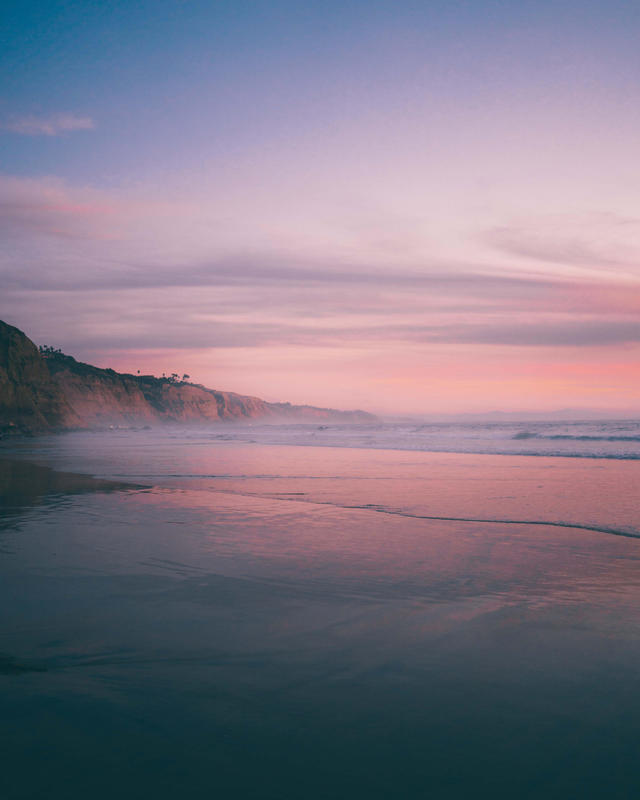 Here's what life looks like in La Jolla. Aside from cotton candy sunsets, the San Diego community is known for its superb theater, art galleries, and improbable cliffside architecture. One of the most celebrated homes, the modernist Razor House, was just snapped up by singer Alicia Keys for $20.8 million. The views are ridiculous. Architectural Digest | S.D. Union-Tribune 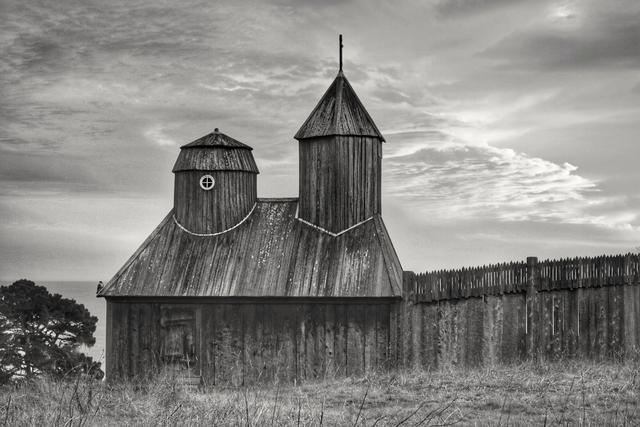 A church forms one corner of Fort Ross.

By the first half of the 19th century, California had attracted a patchwork of settlers from around the world, among them Spaniards, Britons, Frenchmen, and Americans.

Then there were the Russians. It was on this day in 1812 that Fort Ross was dedicated on a grassy promontory just north of Bodega Bay as an outpost of the old Russian Empire. 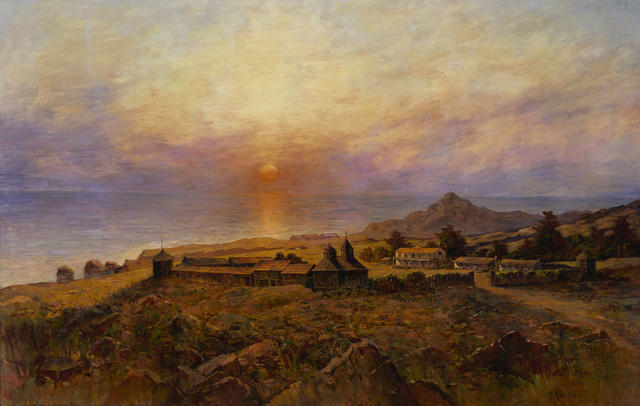 A depiction of early life at Fort Ross, circa 1880.

Though established as a fortress, the colony was concerned primarily with capturing the West Coast's abundant sea otters, whose lucrative pelts became known as "soft gold."

Between 200 and 400 Russians and Native Alaskans lived peaceably at the fort for about 30 years, intermarrying with Native Americans and trading with Spain and America. 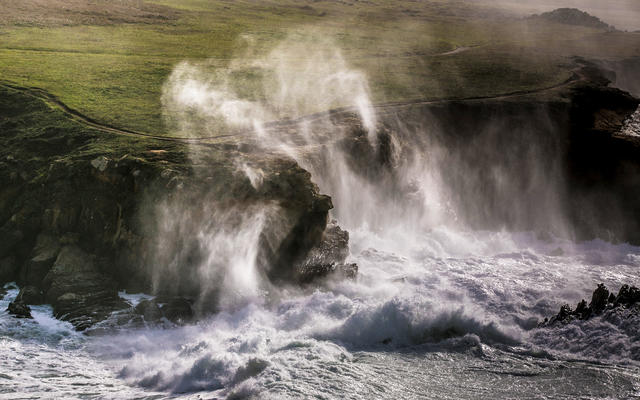 They might have gone on that way had other settlers not poured into California. The otters were driven to virtual extinction and Russia's czarist empire, already stretched thin, decided to call it quits. In 1841, Fort Ross was sold for $30,000 to Swiss settler John Sutter, who moved its holdings to his fort near Sacramento.

Within a decade, California was transformed by the discovery of gold and the takeover by America. Today, Fort Ross lives on as one of the state's most intriguing historic parks. It's also among the prettiest, surrounded by dramatic coastline and redwood forests. California Sun | KCET