Scheduling note: The newsletter will be off on Monday. Back in your inbox Tuesday. 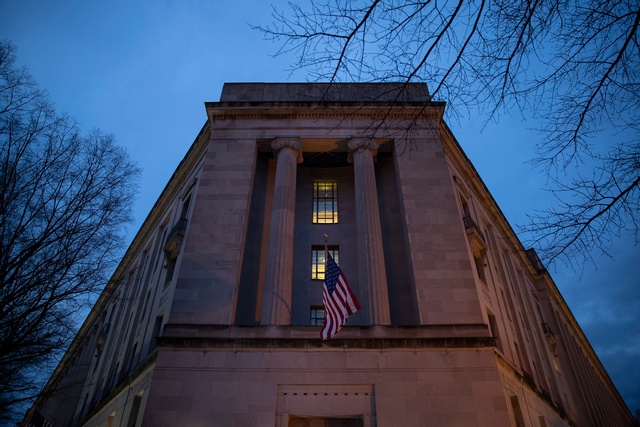 The Justice Department was zealous in its investigation of leaks.

The Justice Department under former President Trump secretly subpoenaed Apple for the data of two California Democrats as it hunted for people who leaked Russia investigation intelligence to reporters. Apple complied. The lawmakers were prominent critics of Trump: Rep. Adam Schiff, then the top Democrat on the House Intelligence Committee, and Rep. Eric Swalwell, also on the committee. The N.Y. Times called the step "a nearly unheard-of move outside of corruption investigations." N.Y. Times | Washington Post

As California officials filed an appeal of a federal ruling that overturned the state's assault weapons ban, Gov. Gavin Newsom assailed the judge behind the decision in starkly personal terms on Thursday. “Judge Benitez is a stone-cold ideologue,” he said. “He’s a wholly owned subsidiary of the gun lobby and the National Rifle Association.” S.F. Chronicle | A.P. 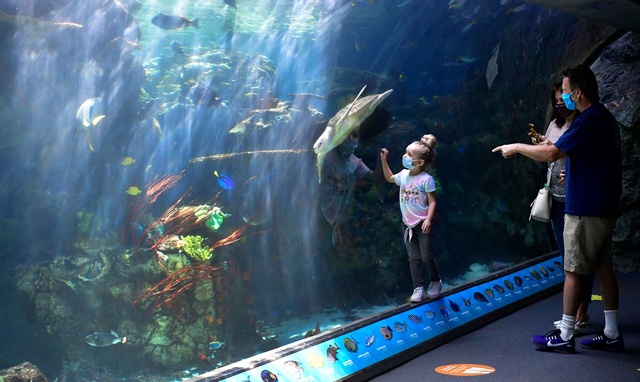 A child at the Aquarium of the Pacific in Long Beach on May 27. Democrats are hoping post-lockdown optimism will help dispatch recall supporters.

State analysts on Thursday projected the cost of conducting an expected recall election against Gov. Gavin Newsom: $215 million. Within hours, Democratic leaders announced a plan to cover the tab, allowing them to skip a 30-day cost review. Democrats want a speedy recall to leverage voter confidence as the state reopens, rather than wait and risk bad news. Early estimates predicted the recall in November. Now, wrote Politico, it could come by September. A.P. | S.F. Chronicle

On Thursday, 10 Bay Area health officers gathered at a San Francisco middle school, unmasked, hugging, and shaking hands. They stood shoulder-to-shoulder to say that California must fully reopen schools in the fall. “On this we are 100% united,” said Dr. Sara Cody. Yet district-level decision-making means California may see a hodgepodge of reopening plans. Los Angeles officials announced theirs Thursday: Classes will reopen, but everyone will remain in masks, regardless of vaccination. S.F. Chronicle | L.A. Times 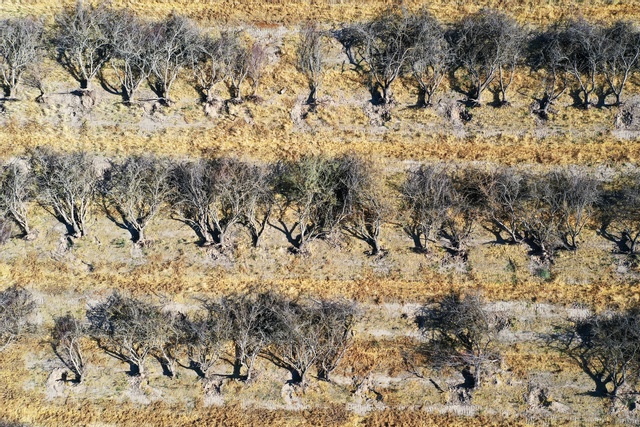 Almond trees, seen on May 27, were toppled in Snelling to make way for a crop that needs less water.

Snapshots from the drought crisis:

Before Samuel Cassidy killed nine people at a San Jose rail yard, a coworker said of him: "He scares me. If someone was to go postal, it’d be him.”

That was among the chilling revelations revealed Thursday in internal files from the Valley Transportation Authority. Officials said Cassidy was the subject of several investigations into his conduct. In the most serious case, witnesses said Cassidy accosted a female coworker, “shouting and pointing at her” over the vacation schedule. Mercury News | A.P.

On this week's California Sun Podcast, host Jeff Schechtman talks with Colleen McCain Nelson, the Sacramento Bee's new executive editor. She talked about the hedge fund purchase of the Bee, efforts to diversify her newsroom, and the struggle to convince people to pay for journalism. "It just doesn't work for us to give away the news for free," Nelson said. 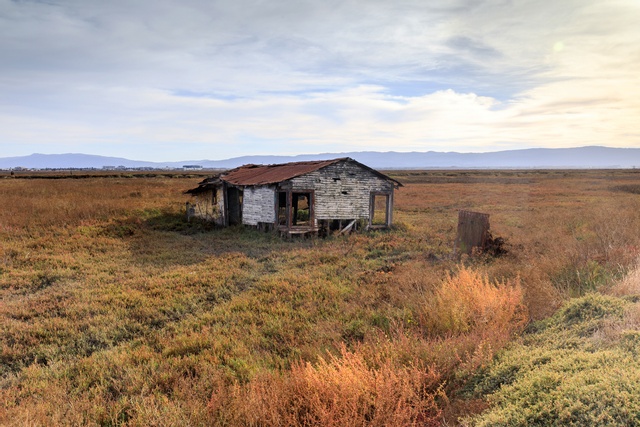 No one is going to rescue Drawbridge.

The ghost town of Drawbridge in the south San Francisco Bay was once a vision of the Wild West, with gambling, brothels, and speakeasies. In the 1920s, it had about 90 homes, many on stilts, and drew hundreds of visitors on weekends. Duck hunting was so bountiful that gamblers slapped their catches on betting tables as currency. But unlike other of California's prized ghost towns, Drawbridge is not being saved. Perched mere feet above sea level, its boardwalks and sagging wooden structures are being left to slowly melt into the marsh. KQED

You can't visit the Bay Area's last ghost town; it's part of a protected nature preserve. But this panoramic viewer offers some awesome views. 👉 Roundme.com 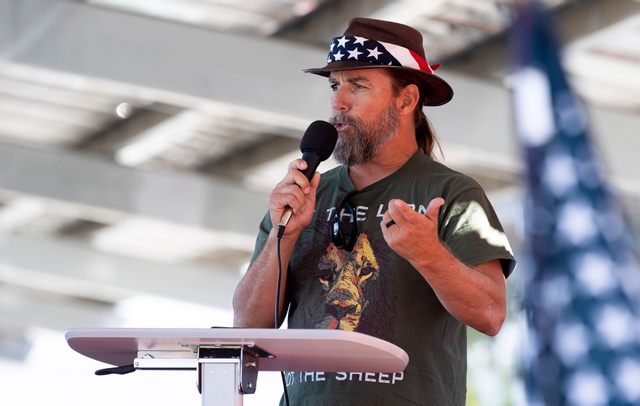 Alan Hostetter spoke during a pro-Trump rally at a registrar's office in Santa Ana on Nov. 9.

A former Orange County police chief is among a group of six Californians charged Thursday for their roles in the Jan. 6 attack on the U.S. Capitol. Alan Hostetter, 56, who once led the La Habra police department, is now a yoga instructor with a pony tail. In a video recorded after the November election, he ranted about what he believed was brazen voter fraud. "Tyrants and traitors need to be executed as an example so nobody pulls this shit again,” he said. O.C. Register | HuffPost

Four Glendale police officers were under investigation after a video showed them pummeling a 17-year-old suspected of shoplifting in a Dick’s Sporting Goods store. Officials said a struggle ensued during an attempt to detain the suspect. The video shows two plainclothes officers repeatedly punching the boy while he's on the ground as a third officer holds his legs. A fourth officer, in uniform, then arrives and kicks the teenager in the face. CBSLA | NBC News 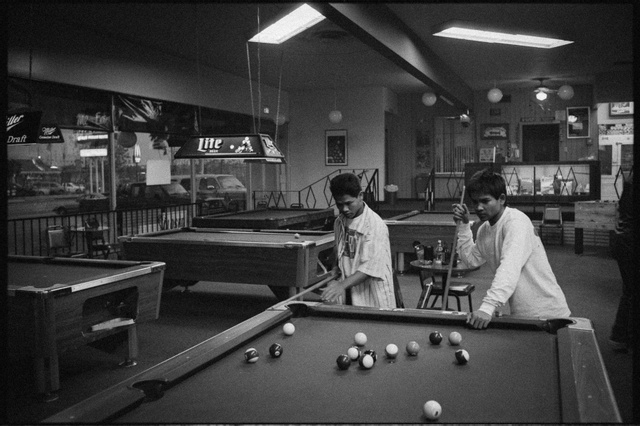 The street photographer Alan Dejecacion roamed Los Angeles with his camera during a period when the city was the new Ellis Island, a place of promise, dynamism, strife, and disaster. His photo series, "City of Angels: Los Angeles, 1988 — 1993," is superb. Vantage 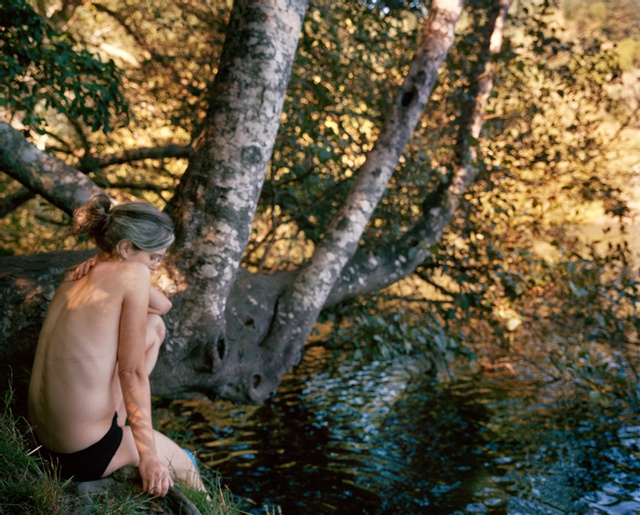