Good morning. It's Wednesday, May 26. 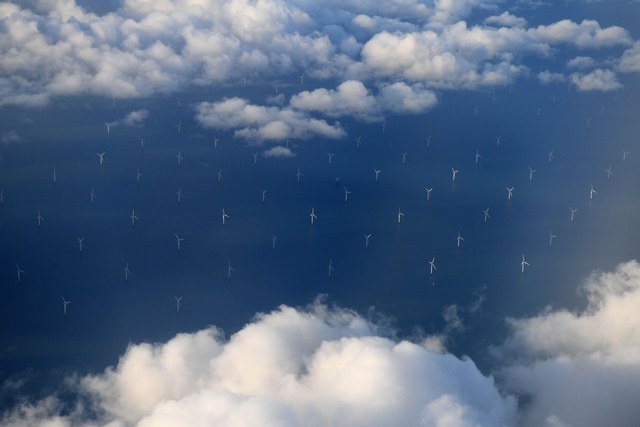 A wind farm off the coast of England.

Wind farms on the Pacific, a long-held dream of renewable energy advocates, moved closer to reality Tuesday as the Biden administration said it would open patches of sea off Morro Bay and the Humboldt coast to wind development. Together, the projects would generate up to 4.6 gigawatts of power, or enough to power 1.6 million homes. Gov. Gavin Newsom called the announcement "historic." A.P. | Washington Post

California's San Joaquin Valley has been literally sinking for more than a century, as the state's inhabitants sucked up vast amounts of water to irrigate fields and fill drinking glasses. The N.Y. Times ventured to the farming town of Corcoran, where the ground has dipped nearly 12 feet over the last 14 years, forcing all sorts of infrastructure out of alignment. It's known as the Corcoran Bowl. 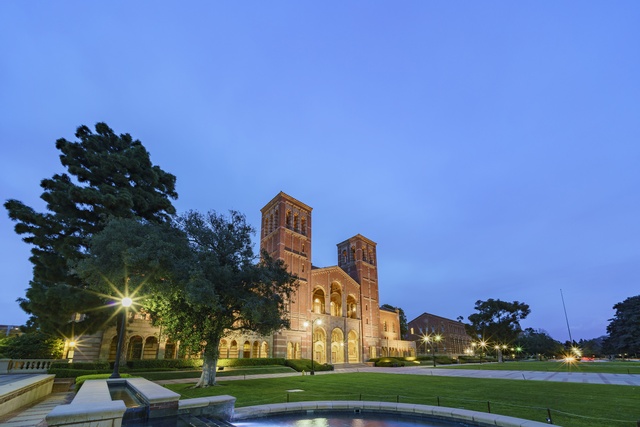 The University of California system has been dogged for years by accusations that it has betrayed a mission to guarantee a first-rate education to any state resident who worked hard enough. Even students with 4.3 GPAs get denied, infuriating families who have paid taxes into the system. Now state lawmakers are considering a dramatic remedy: cutting the share of out-of-state and international students by half. L.A. Times | S.F. Chronicle

California's largest state worker union elected a new leader who campaigned on anger toward Gov. Gavin Newsom. Richard Brown said the governor turned on organized labor during the pandemic, cutting wages when workers were living paycheck to paycheck. “We will bring the state to a standstill," he said during his campaign to lead SEIU Local 1000, "and we’ll run Gavin Newsom out of office one way or another.” A.P. | Sacramento Bee

House Minority Leader Kevin McCarthy broke nearly a week of silence on Tuesday over remarks by Rep. Marjorie Taylor Greene comparing vaccine and mask mandates to the Holocaust. “Marjorie is wrong," he said, "and her intentional decision to compare the horrors of the Holocaust with wearing masks is appalling. The Holocaust is the greatest atrocity committed in history.” The Bakersfield Republican mentioned no further consequences. Politico | Washington Post 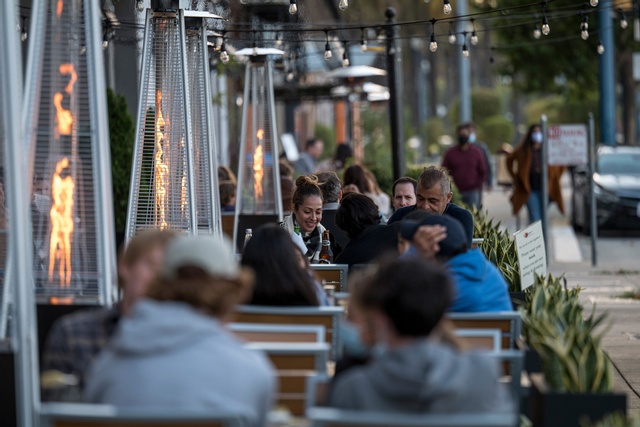 Marin County is on track to have 75% of its residents vaccinated in a few weeks. It has among the lowest infections rates in the country, and it's had just one coronavirus death in the last month. But the county's top health officer is uneasy about reopening with the state on June 15. "It feels a little like going from A to Z,” he said. He's not alone. Some Bay Area counties are weighing whether to keep certain restrictions in place. S.F. Chronicle

On March 1, 2020, Rui Xia Zhen, 67, was crossing a street in San Francisco when a city truck blasted through the crosswalk, killing her. Fifteen months later, Zhen's husband — who lost not just the love of his life but his household's sole earner — is surviving on one meal a day as city lawyers haggle over liability. “We had a very nice family," Huang Zheng Fang said. "Now it’s breaking apart. That’s the thing. And I am in my 70s. I don’t know my future.” Mission Local 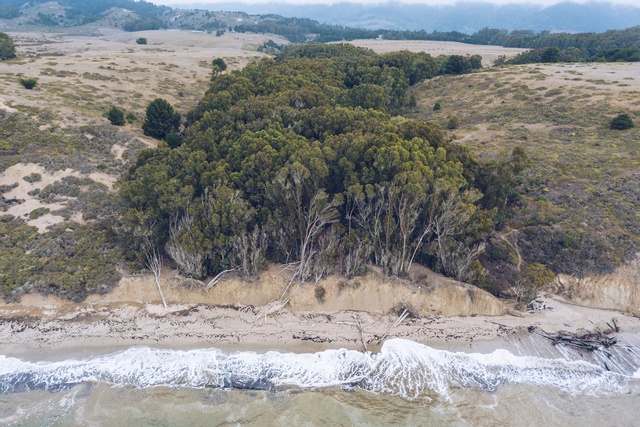 Bolinas, the scholar Lytle Shaw wrote, was the “only instance I could think of where a town was essentially governed by poets.” In the 1960s, a vibrant literary community grew in the coastal enclave in Marin County, among them Joanne Kyger, Gary Snyder, Philip Whalen, and Lloyd Kahn, an editor at the “Whole Earth Catalog.” One of the most durable cultural products to emerge was the City Lights classic "On the Mesa: An Anthology of Bolinas Writing." An an expanded edition has just been published on the work's 50th anniversary, and the New Yorker has a beautiful review.

Orange County's leaders authorized $100,000 in reward money for information leading to the arrest and conviction of those responsible for an apparent road rage shooting last Friday that left a 6-year-old boy dead. The total reward money is now $150,000. The suspects have been described as a man and a woman inside a white sedan. In an ABC News interview, Aiden Leos' mother, Joanna Cloonan, said the sedan cut her off abruptly, then opened fire. “He meant the world to me," she said of her son, "and it feels like my life is over.” O.C. Register | L.A. Times 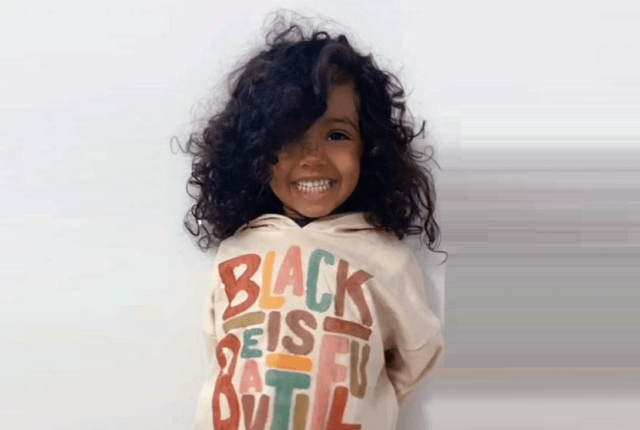 Little Kashe Quest has a big appetite for knowledge.

Meet Kashe Quest, of Los Angeles, age 2. She can identify U.S. states by their shapes and elements on the periodic table by their symbols. With a genius-level IQ of 146, Quest has become the youngest American member of Mensa, the oldest high-IQ society in the world. Genius or not, she's still a toddler: In a KTTV segment, she couldn't sit still. 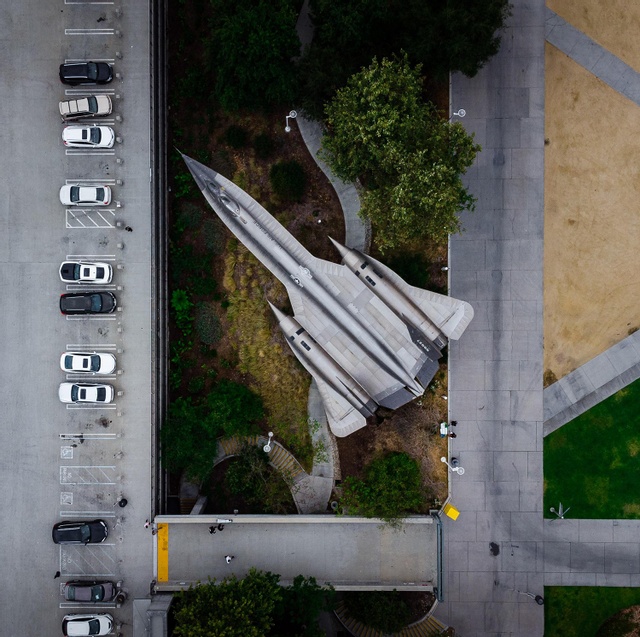 ☝️ That's an A-12, one of America's super secret spy planes during the Cold War. It was designed to enter enemy territory near the edge of space at extreme speeds before the age of satellites and drones. The aircraft is displayed at Los Angeles' Exposition Park, a 160-acre urban park that is home to the Natural History Museum, California Science Center, and California African American Museum. Much of it is free and, by many accounts, awesome. 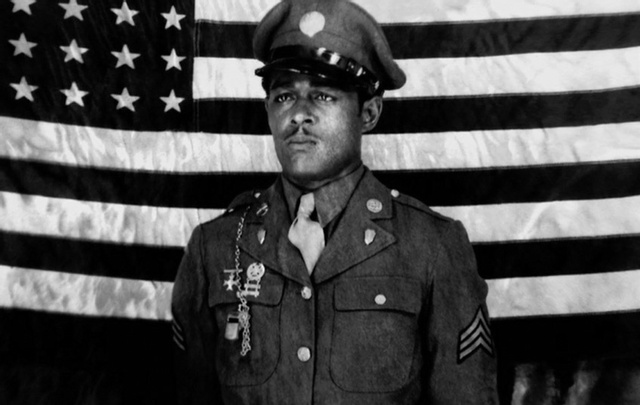 Edward Carter won the admiration of his fellow soldiers, but not the trust of the Army.

Edward Carter, a war hero who loved his country more than it loved him, was born in Los Angeles on this day in 1916.

Carter was a son of missionaries, a Black father and an Indian mother who gave the boy a worldly upbringing. He spent much of his childhood in India and China, where he learned to speak Hindi, Mandarin, and German. As an adventurous young man, he joined an American volunteer unit fighting fascism in Spain.

Back in Los Angeles before the outbreak of World War II, Carter enlisted in the U.S. Army and rose in rank to staff sergeant only to accept a demotion so he could join a combat unit in Europe. Black soldiers, the military reasoned, were unfit to lead white troops.

Assigned to the 12th Armored Division, Carter's rifle squad was advancing along the Rhine on March 23, 1945, when they came under fire. He volunteered to lead three other soldiers to scout out the enemy. Two of the Americans were promptly killed. Rather than retreat, Carter carried on alone as volleys of gunfire riddled his body with, by his count, "nine bullet holes." As he lay bleeding in the grass, eight Germans approached to finish him off.

But at the last moment, Carter leapt up and gunned down six of them, taking the other two prisoner. He had all but single-handedly eliminated an obstacle to the American advance.

After the war, Carter returned to an America torn by racism and McCarthyism, and in 1949 he was drummed out of the military without explanation. The reason emerged years later: the Army suspected that Carter harbored communist sympathies linked to his service in Spain, an unfounded allegation for which the military later apologized. Carter was deeply embittered.

In his country's hour of need, he took to the frontlines with a submachine gun in hand, he wrote to an advocate at the ACLU. "My reward? A stab in the back."

He took a job at a tire factory in Los Angeles, where he worked until his death of lung cancer at the age of 46. Carter was buried in his old uniform in a humble ceremony at Sawtelle National Cemetery in Los Angeles in 1963.

Three decades later, the army commissioned a study of Black soldiers from World War II who had been overlooked for the Medal of Honor, the nation’s highest award for bravery. Despite the service of more than a million African Americans in the war, not one had received the honor.

Seven soldiers were identified, including Carter. On Jan. 13, 1997, the highest officials in military and government gathered for a ceremony at the White House, where President Clinton handed the Medal of Honor to Edward Carter III, Carter's son.

The next day, Carter's body was reinterred at Arlington National Cemetery with full military honors. Soldiers of the 3rd U.S. Infantry Regiment stood in light snow and fired a three-volley rifle salute over the Potomac. Carter's widow, Mildred, sitting graveside, clutched an American flag in her lap.

Carter's story is included in the documentary series "Medal of Honor." 👉 Netflix