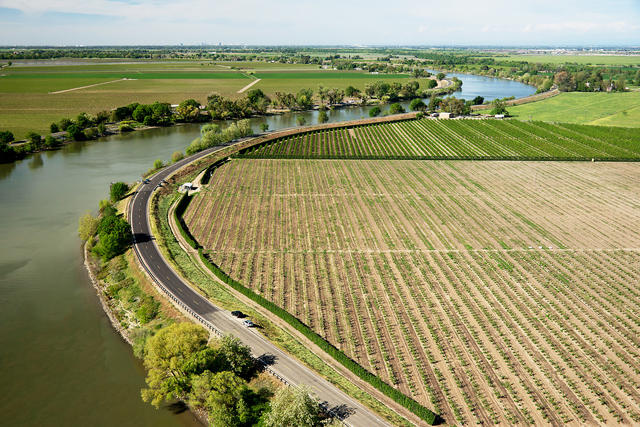 Farmers on the delta have opposed the tunnels project.

Gov. Gavin Newsom has officially scrapped the $16 billion project to build a pair of giant tunnels under the Sacramento-San Joaquin River Delta, directing state agencies to restart planning on a single tunnel instead. Former Gov. Jerry Brown championed the project to divert water from the state's north to the drier south. Delta farmers worried about their own water supply and environmental groups concerned about fish health have opposed the project.

California is paying farmers millions of dollars to grow plants traditionally regarded as weeds. Why? So they'll suck carbon out of the atmosphere and move it into the soil. A Modesto grower who planted mustard and clover between his rows of almond trees said his neighbors don't get it. "Everybody wants to have the orchards nice and clean," he said. Still, adoption has been rapid: A national census showed so-called cover crops have surged 50 percent in the past five years. 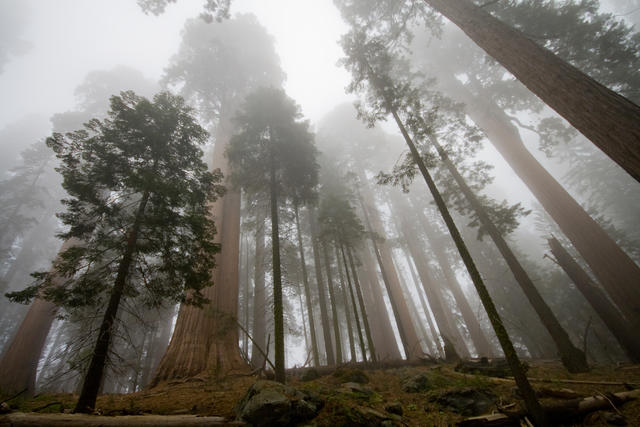 There's a band of renegade foresters working to clone sequoias in the southern Sierra and plant them up north, out of their native range, in places like Eugene, Oregon. The work is counter to established environmental thought: that genetics is tied to place for a reason. Yet the movement is attracting converts as the threats of climate change become clearer. "It's a crisis," one conservationist said. "You gotta try something." 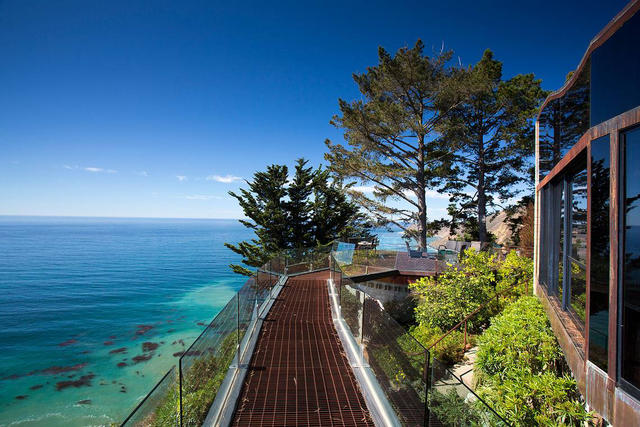 A home in Big Sur has a skywalk leading to a roof deck. 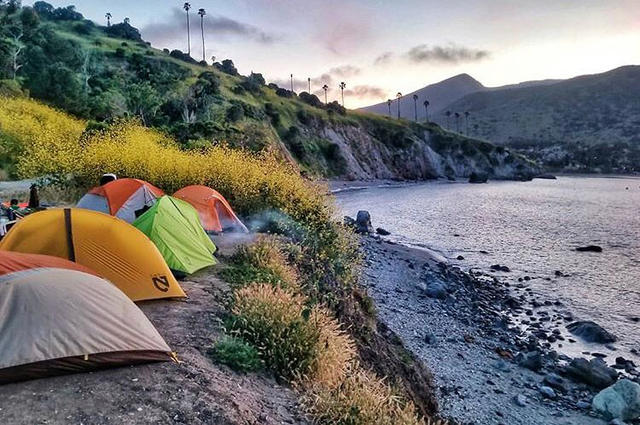 Terrence McGrath, a homeowner in an exclusive enclave of Piedmont, was inspired to help a homeless couple he read about in the newspaper. So he invited them into his $4 million home. They were poor and black in a mostly white, rich neighborhood. That's when the phone calls to the police started. 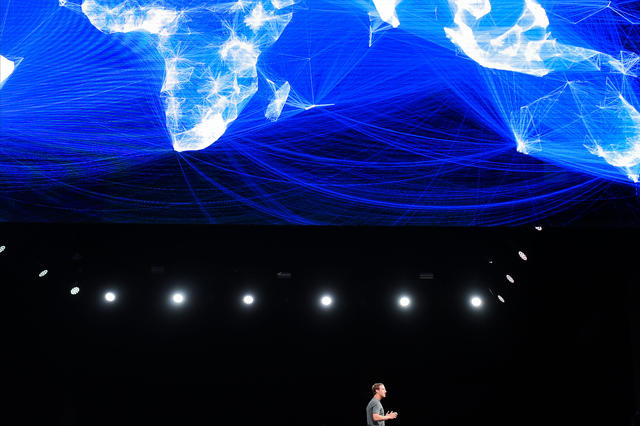 Facebook banned a number of far-right figures, including Alex Jones, Louis Farrakhan, Milo Yiannopoulos, and Laura Loomer. The company has been under pressure to stop the spread of offensive speech, but it's also been accused of singling out conservative voices for suppression. What now? Tech leaders, wrote columnist Kevin Roose, "will return to their defensive crouch, hiding their power behind policies, making small changes under pressure, and hoping that nobody notices the size of their footprints."

One day a couple weeks ago, 101-year-old Mabel Barnfield, who suffers from dementia, was wheeled into Sonoma County eviction court. Few people budget to live so long, and Barnfield's savings had been drained by a roughly $7,000-a-month bill from her assisted living facility in Santa Rosa. To make matters worse, it wouldn't accept her Medi-Cal coverage. Barnfield's friends reached out to skilled nursing homes across the county. None would take her.

Parents in the Sacramento suburb of Rocklin have been divided over a change to the K-5 curriculum that would incorporate L.G.B.T. figures in history and social studies lessons. Hundreds crowded into a school board meeting that lasted until 1 a.m. and included hours of emotional public comments. "All students should be able to see a role model in their textbook, and say, 'A person like me did something great,'" one student said. The change was approved, 3-2. Hundreds of opponents planned to keep their kids home. 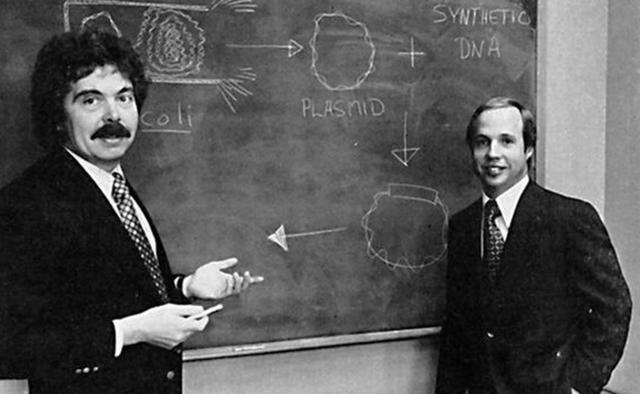 Silicon Valley historian Leslie Berlin joined host Jeff Schechtman for this week's California Sun Podcast. She told the fascinating story of how a perfect storm of factors gave rise to an explosion of innovation in the 1970s, not least of which was the influence of California's countercultural movement: "You had incredibly sophisticated ideas and technology in the hands of very free thinkers," she said. 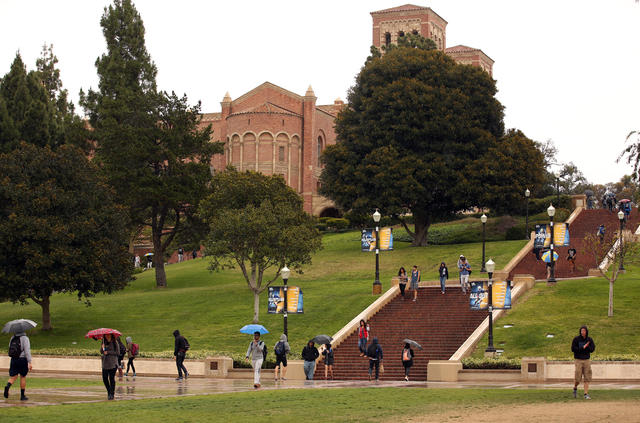 Students moved about the campus at UCLA.

"The FBI's Operation TOEFL Recall was overshadowed by Operation Varsity Blues, but it's just as scandalous."

One Tuesday in March, federal authorities accused a group of UCLA students of facilitating an international cheating ring in which ringers used fake IDs to take the TOEFL, an English proficiency test, for at least 40 Chinese nationals. If Varsity Blues is about the American ruling class perpetuating privilege, L.A. Magazine wrote, the UCLA scandal is about less privileged international students trying desperately not to screw up. 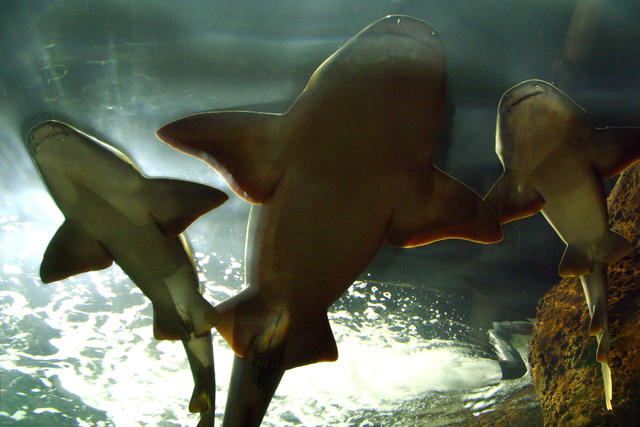 Basking sharks are the second-largest sharks.

Basking sharks, each about the size of a bus, used to roam the Pacific off California by the hundreds. They all but vanished in the 1960s. Now they appear to be coming back. A boat company reported seeing as many as 20 in a single day between Ventura and the Channel Islands. "I hope it's a sign of comeback," a biologist said. But don't worry: basking sharks eat krill, not people. 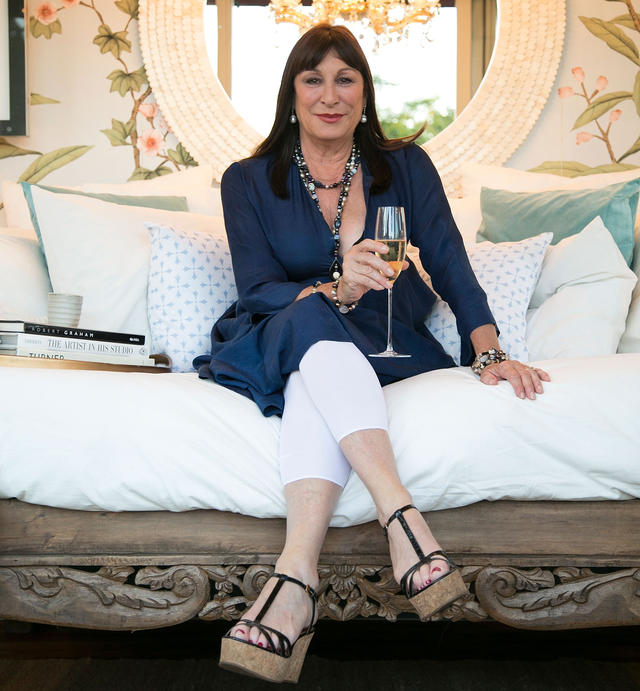 Anjelica Huston did not hold back in a conversation with Vulture.

Don't miss this fantastic interview with Anjelica Huston. The Santa Monica-born actress called Robert De Niro a "nut," said Bill Murray "was a shit" to her, revealed that Oprah won't speak to her, and backed Woody Allen and Roman Polanski.

She also said she thinks the actor Ryan O'Neal, who she dated, was a psychopath. Asked if people got the career they deserved (O'Neal's floundered), she said: "Yes, I do. And I think you also get the face you deserve. Have you seen it lately?" 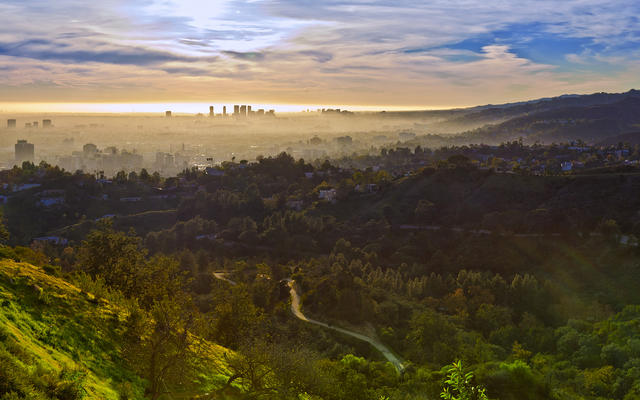 Los Angeles is a land of myths.

"One does not need to share all the illusions of the boosters to believe, as I believe, that the most fantastic city in the world will one day exist in this region: a city embracing the entire region from the mountains to the sea." — Carey McWilliams in "Southern California: An Island on the Land"

Some years ago, L.A. Times architecture critic Christopher Hawthorne undertook a yearlong project to read 27 of the "most significant books on Southern California architecture and urbanism." He placed three titles at the top of his canon: the McWilliams classic quoted above, Reyner Banham's "Los Angeles: The Architecture of Four Ecologies," and Mike Davis's "City of Quartz." 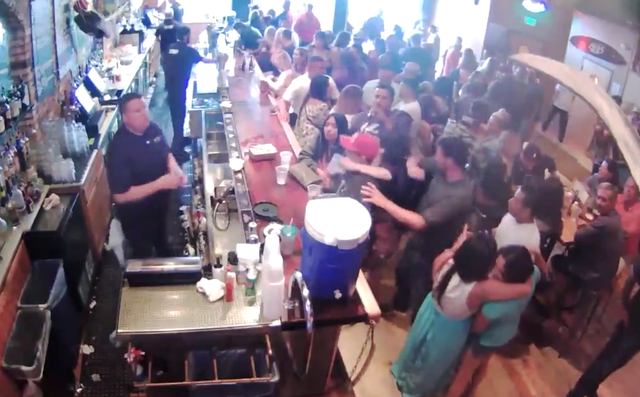