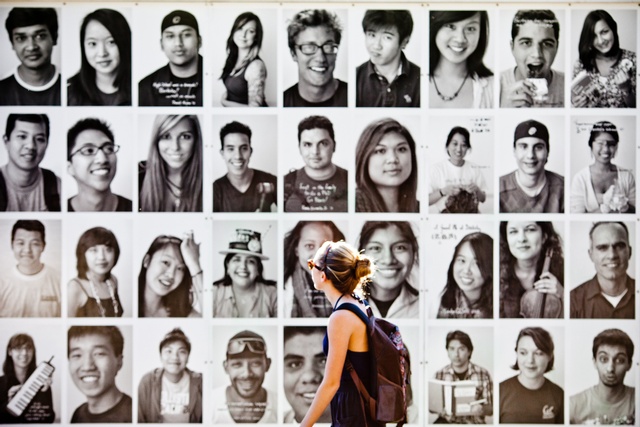 A student walked by a photo mural spotlighting students at UC Berkeley.

The University of California system admitted its most diverse class ever for the fall, with Latinos making up 37% of the California applicants offered freshman seats, according to data released Monday. Asian Americans comprised 34% of the class, white students 20%, and Black students 5%. University leaders said the numbers resulted from stepped-up outreach and the end of standardized test scores, which yielded dramatic shifts in admission decisions. At UC Irvine, for example, offers to Latino students rose by 30% while those to Asian Americans fell by 25%. L.A. Times | EdSource 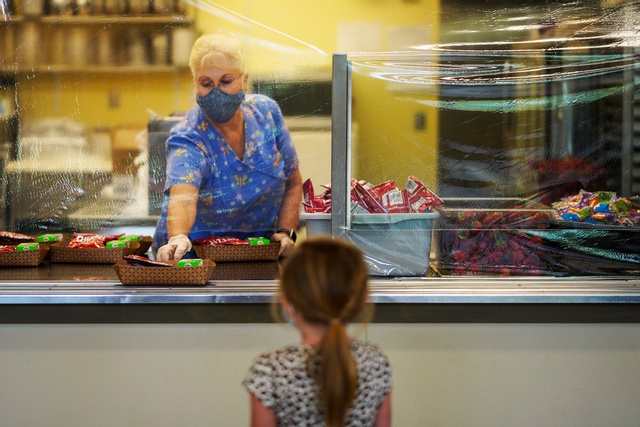 “This is so historic. It’s beyond life-changing.”

When classrooms in reopen in the fall, all 6.2 million of California's public school students will have the option to eat school meals for free, no questions asked. The largest free student lunch program in the country was prioritized in part because of the demonstration of need during the pandemic, when massive numbers of families turned out to pick up free meals at school parking lots. A.P.

California's plan to offer reparations to people sterilized during a eugenics movement that peaked in the 1930s will also compensate victims of a newer outrage: the forced sterilization of nearly 150 female inmates as recently as 2010. Kelli Dillon was just 24 when doctors removed her ovaries during what was supposed to be an operation to take a biopsy. “It was like my life wasn’t worth anything,” she said. “Somebody felt I had nothing to contribute to the point where they had to find this sneaky and diabolical way to take my ability to have children.” The Guardian

An appeals court on Friday tossed out part of a 2017 California law that made it a crime to deliberately use the wrong pronouns when referring to transgender residents of nursing homes. Associate Justice Elena Duarte said the court recognized that misgendering a person — referring to a transgender woman, for example, as “him” — can be disrespectful. "But the First Amendment does not protect only speech that inoffensively and artfully articulates a person's point of view." S.F. Chronicle | A.P. 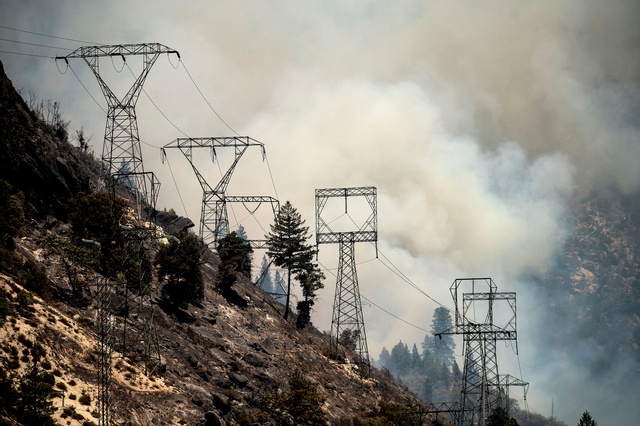 The Dixie fire burned near power lines in Plumas National Forest on Friday.

PG&E said its equipment may have sparked a growing blaze tearing through the Sierra about 30 miles north of Paradise, another possible black eye for the utility linked to numerous lethal wildfires in recent years. A repairman responding to a circuit outage on July 13 observed two blown fuses and a tree leaning against a power line, with a fire on the ground. Since then, the Dixie fire has scorched roughly 63 square miles in Butte and Plumas counties. S.F. Chronicle | Mercury News

Mercury News editorial: "With every passing day, it’s getting harder to tell which is worse for California’s forests, climate change or PG&E."

In 2002, Intuit, the Mountain View company that makes TurboTax, agreed to provide free tax filing services to most taxpayers. In exchange, the IRS promised not to develop its own filing portal. Instead, reporting by ProPublica revealed, TurboTax spent two decades luring customers into paying with deceptive practices, collecting billions of dollars. Now, as former customers pursue claims against the company, Intuit has announced that it is exiting the program. The N.Y. Times' Binyamin Appelbaum reacted in a column on Monday. "Good riddance," it said in part.

A hydropower plant that relies on water from Lake Oroville will likely shut down by September for the first time since 1967, a state water official said. Squeezed by drought, Lake Oroville's level is now just 28% of capacity and dropping fast, with barely enough water to power the plant's turbines. A shutdown would eliminate roughly 1,000 megawatts of power, straining a state grid that can't really afford to lose more power. E&E News | Vice 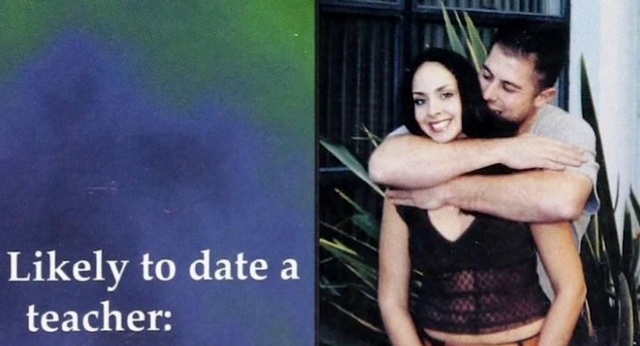 Last year, a Berkeley High teacher was stopped in her tracks when she saw the photo pictured above in a 2003 yearbook. It shows Matt Bissell, another teacher at the school, hugging a 17-year-old student and burying his face in her hair. A caption said the girl, Rachel Phillips, was voted “most likely to date a teacher." An investigation followed that led to accusations that Bissell, who still teaches at Berkeley, got away with sexually assaulting and harassing Phillips and other students for years. Berkeleyside

The Hearst Memorial Mining Building has been called the most beautiful structure in the entire University of California system. Opened on the Berkeley campus in 1907, the building reflected modern California's Gold Rush origins. Of 3,000 or so students in the early 1900s, roughly 15% majored in mining. Laying out his vision at the start of construction, the architect, John Galen Howard, said he aimed to translate the brute character of the mining profession into the building's Beaux Arts style. "The emotion roused must be a sense of power, rather than that of grace," he wrote. Yet with the building's soaring atrium and cathedral-like domes, the grace turned out to be unavoidable.

Below, a visual tour. 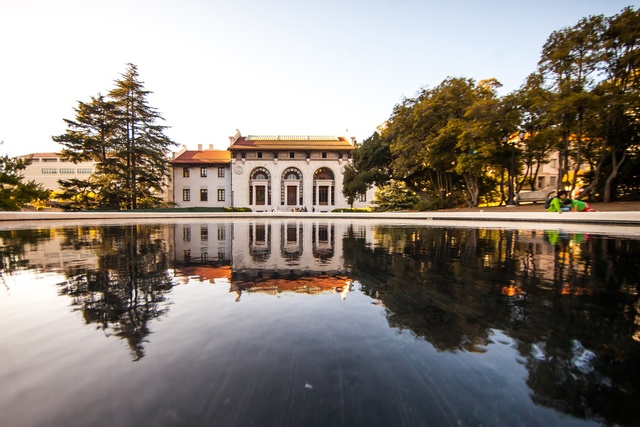 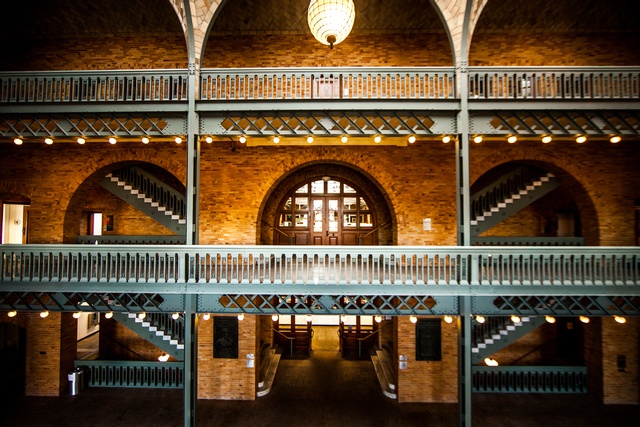 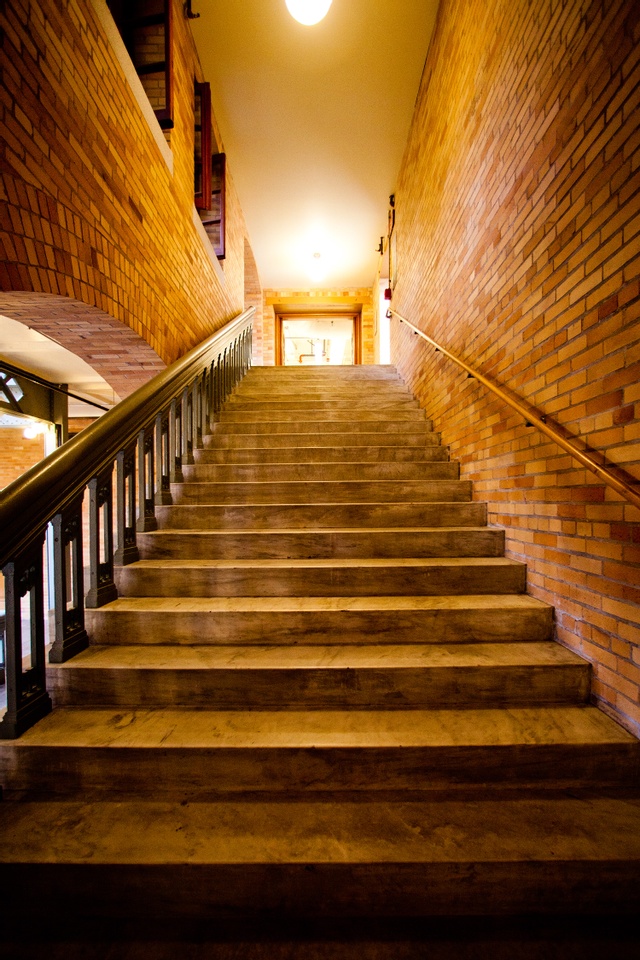 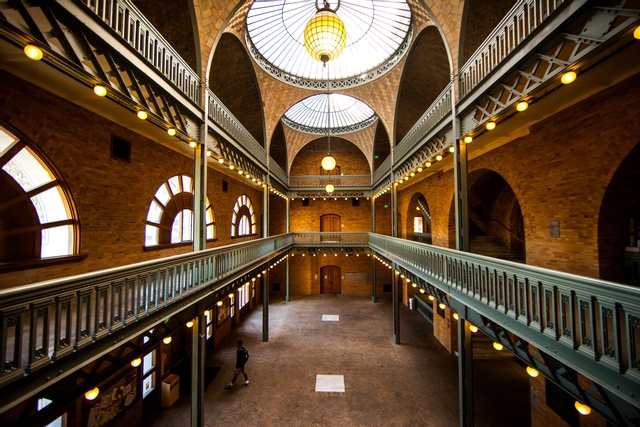 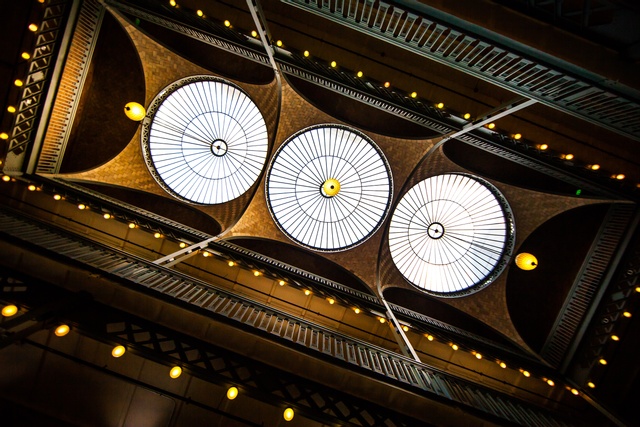 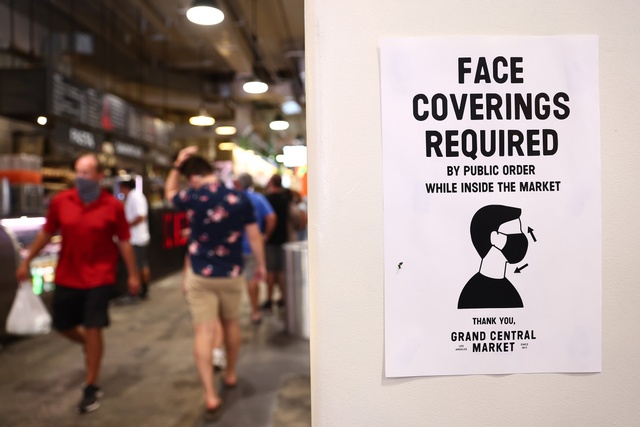 A sign warned shoppers to wear masks in Grand Central Market in Los Angeles on Monday.

In Los Angeles County, not a single fully vaccinated person has been hospitalized for Covid-19, a testament to the extraordinary effectiveness of the vaccines. Of the county's roughly 4.67 million residents who are fully vaccinated, 0.06% have subsequently tested positive; 0.0004% have died. So why are public health officials requiring vaccinated people to wear masks indoors? It's largely about social norms, wrote the L.A. Times: "In essence, authorities hope requiring everyone to wear masks indoors will force the unvaccinated to do so, giving them more protection."

At the start of 2020, the Los Angeles chapter of the Democratic Socialists of America had roughly 1,700 members. There are now 5,500. The growing ranks have been fueled by a new wave of Hollywood leftists seeking transformational change, including high-profile members such as "The Big Short" director Adam McKay and Rob Delaney of "Catastrophe." Hollywood Reporter interviewed dozens of showbiz workers for a piece titled "Hollywood’s Socialism Boom."

Thousands of Vietnamese Catholics gathered in Garden Grove Saturday to witness the unveiling of a 12-foot-tall Virgin Mary, a statue five years and $12 million in the making. Known as Our Lady of La Vang, it depicts Mary as she is believed to have appeared in the forest of La Vang in Vietnam to console persecuted Catholics in 1798. The first large-scale rendition of the figure in the U.S., it is expected to be a beacon for roughly 100,000 Catholics of Vietnamese descent in Orange County, the largest concentration of Vietnamese people outside of Vietnam. Religion News Service | O.C. Register

Below, a few photos from the ceremony. 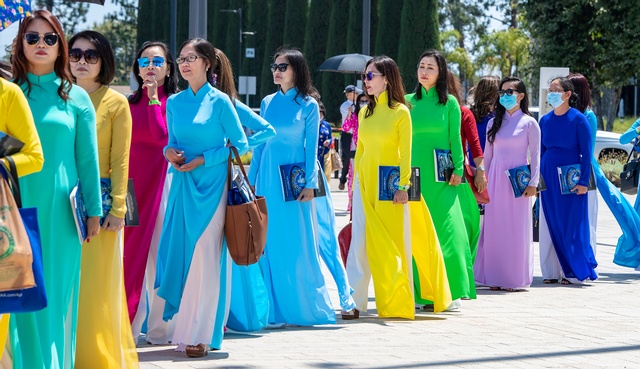 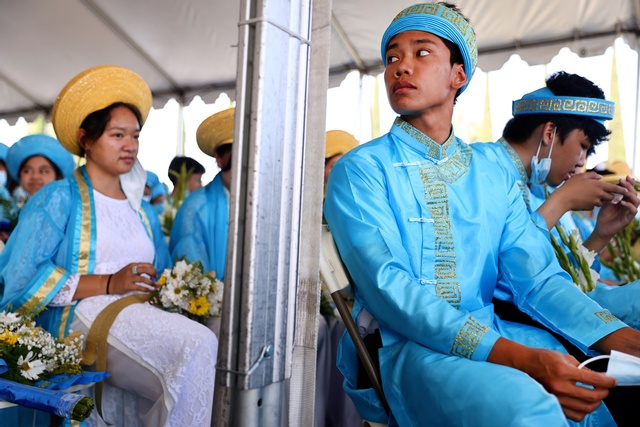 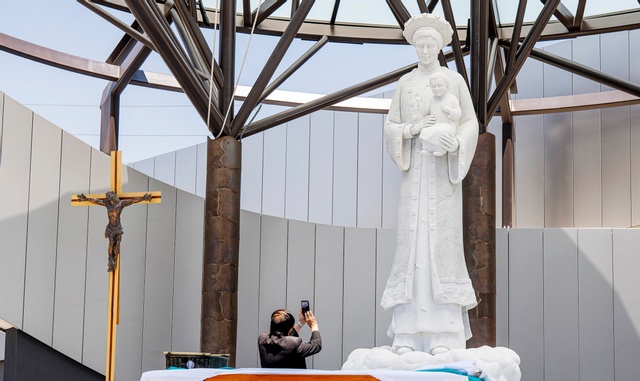