Gov. Gavin Newsom hired a homelessness adviser who was ousted from the Trump administration after reported clashes over White House plans for a crackdown in California. His replacement? A consultant known for urging cities to ban charities from feeding homeless people. Sacramento Bee | L.A. Times

Newsom released $650 million in state aid to combat homelessness. The money had been held up for months, a delay he blamed on "politicized roadblocks." A.P. | Mercury News 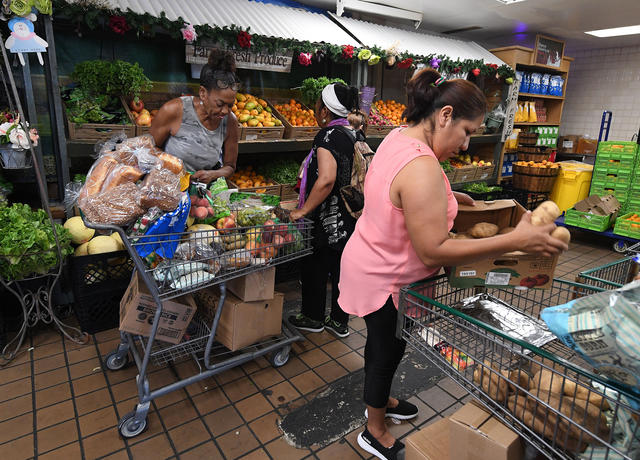 People on low incomes shopped at the World Harvest Food Bank in Los Angeles on July 24.

Nearly 200,000 California are poised to lose access to federal food stamps under a rule just finalized by the Trump administration. The plan makes it harder for states to waive work requirements for able-bodied adults without children. Farmworkers, who rely on seasonal work, were expected to be hard hit. CALmatters

California gets its rainfall in massive bursts known as atmospheric rivers. They are both life-sustaining and punishing, commonly swamping homes along waterways unable to contain their flow. Thanks to the first-ever economic analysis of atmospheric rivers, we can now assign them a cost in damages: Roughly $1 billion per year. Scientists warned that losses will likely surge with climate change. S.F. Chronicle | Sacramento Bee 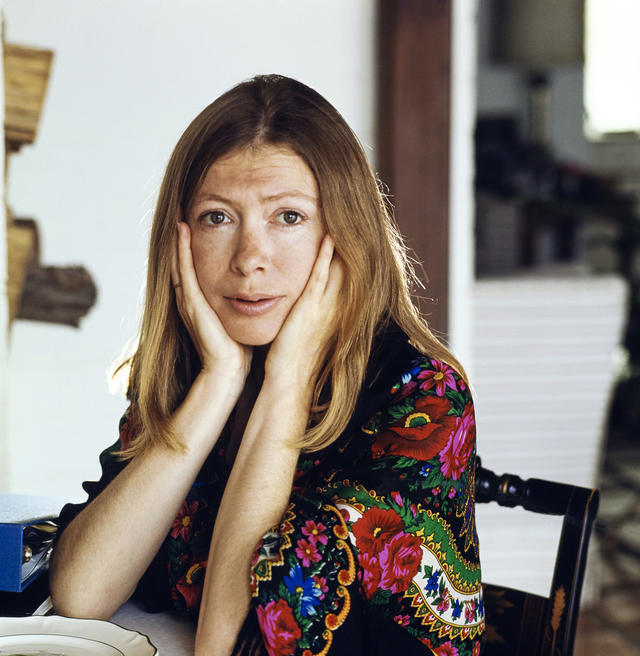 In 1961, the California writer known for her spare and meticulously calibrated prose, wrote an essay for Vogue to fill a space in the magazine as it was going to press. She wrote it not to a word count, but to an exact character count. The result, a rumination on how we manifest our character and worth, is sublime.

"If we do not respect ourselves," she wrote, "we are on the one hand forced to despise those who have so few resources as to consort with us, so little perception as to remain blind to our fatal weaknesses. On the other, we are peculiarly in thrall to everyone we see, curiously determined to live out — since our self-image is untenable — their false notions of us." Vogue

A police officer fired more than a dozen shots at a 15-year-old boy as he ran away into an orchard near Modesto, newly released body camera footage showed. Struck in the back, Carmen Mendez died. The killing, which unfolded after a high-speed chase on Aug. 18, 2018, resulted in a $2.1 million payout to the boy's family. It's easy for people to judge, a police official said, "but we were not in the officer's shoes when it took place.” Modesto Bee | S.F. Chronicle 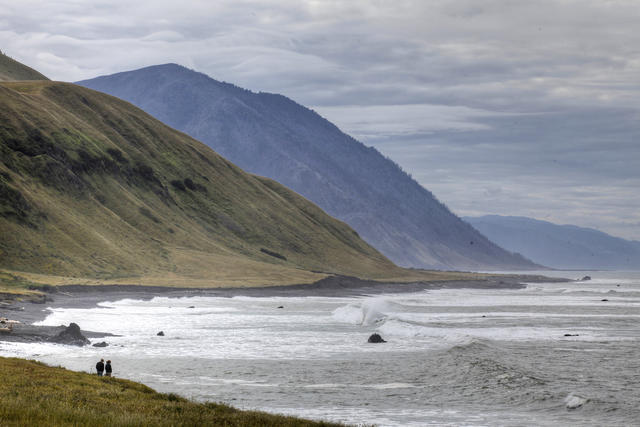 A calm moment along the Lost Coast, near where a monster wave roared to shore last week.

A wave about 20 miles off the Lost Coast last week measured a monster 74.4 feet, among the largest ever recorded by Scripps' coastal buoys. It surged under cover of darkness during a storm that made landfall on Nov. 26. That led Surfline to wonder: if it isn't ridden at Mavericks, should it even count? Surfline

Here's a gorgeous video of big wave surfers at Mavericks. The Inertia

During a broadcast, a 49ers radio analyst said Baltimore Ravens quarterback Lamar Jackson is exceptional at faking handoffs because of his "dark skin color with a dark football." That didn't go over well with team executives, who suspended the announcer. ESPN | East Bay Times 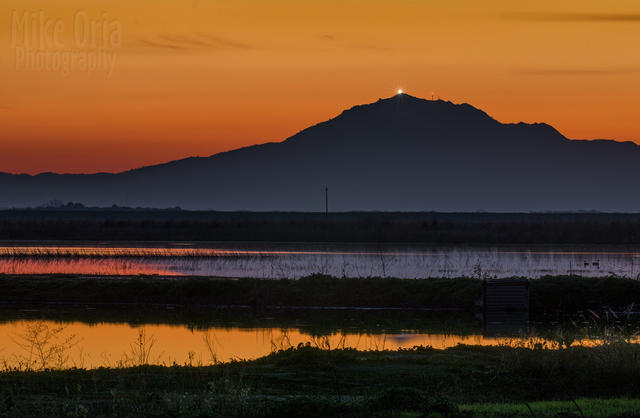 In the Lord of the Rings, the Eye of Sauron is depicted as all seeing. Within California, the Eye of Diablo comes close to doing the same. The aerial navigation beacon was installed in 1928 atop Mount Diablo, an East Bay peak of modest height that nonetheless offers the largest viewshed in the western United States. Since the 1960s, it's been ceremonially lit each December to honor those who died at Pearl Harbor. This year's lighting is Saturday. Atlas Obscura 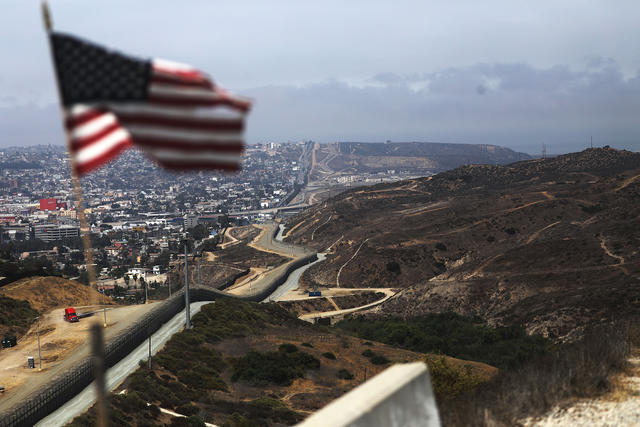 A view of the U.S.-Mexico border in San Diego.

Rocio Rebollar Gomez has lived in San Diego for 31 years. She owns a house and a small business, and has a son who serves as a lieutenant in the U.S. Army. She's also in the country illegally and was just ordered to self-deport to Mexico within 30 days. The Trump administration has pushed for scaling back on protections for undocumented relatives of military service members. S.D. Union-Tribune

In an annual ritual more than 100 years old, people gathered at a rainy Boyle Heights cemetery on Wednesday to remember Los Angeles's forgotten people — 1,457 men, women, children, and babies. The unclaimed dead didn't know each other, but they were laid to rest together. One man said he excuses his son from school every year to attend the service. "It's important for me to teach my son to care about others," he said. L.A. Times

Rep. Duncan Hunter is showing no signs of quitting the House after pleading guilty to a felony campaign finance charge. Asked by a Politico reporter about whether and when he intended to resign, he blew off the question. "Good talk," he said. Politico 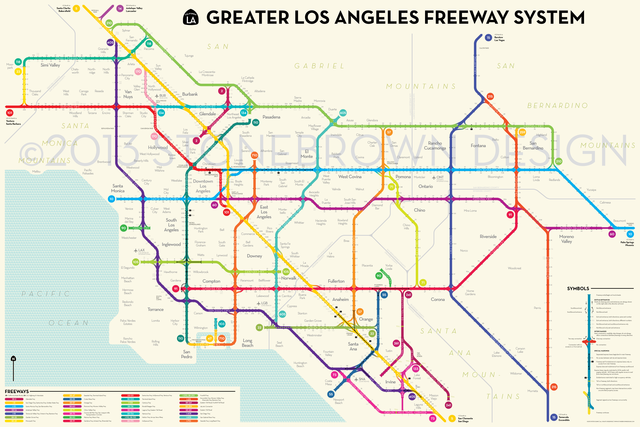 Peter Dunn, an urban planner, wondered what a Los Angeles freeway map would look like if reimagined as a subway system. The result — color-coded, smoothed out, and stripped of non-essential information — clarifies every route through 31 freeways, 75 interchanges, and more than 850 exits. It took months to complete. "It's a tedious hobby," he told CityLab. "It's like knitting." CityLab | stonebrown design