Three major police unions in California on Sunday introduced a reform agenda intended to ease the use of force, increase accountability, and “root out any racist individual” from their ranks. The proposal was printed in full-page ads in several California newspapers: "No words can convey our collective disgust and sorrow for the murder of George Floyd,” it read in part. “We have an obligation as a profession and as human beings to express our sorrow by taking action.” S.F. Chronicle | KABC 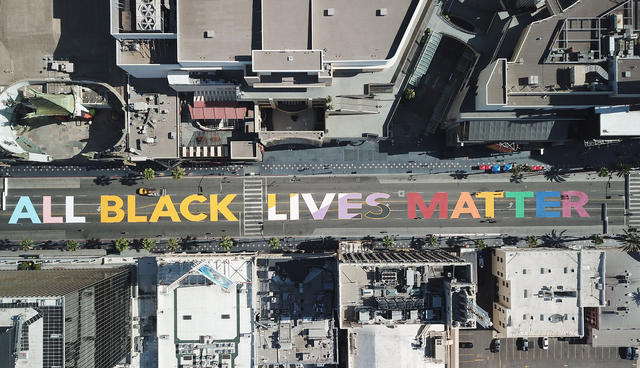 For a third straight weekend, demonstrators across California sought to keep momentum going for a movement that has already pushed local and state leaders toward significant police reforms. As protests again demanded racial justice, other gatherings struck different notes — in support of law enforcement and of President Trump. A few snapshots:

Demonstrations over the killing of George Floyd have reached deep into rural California. In some cases, the local response has included militias, death threats, and conspiracy theories. Cameron Medico, who is half black, held a one-man protest in conservative Lassen County. People shouted racial slurs and “We don’t like your kind around here!” He wasn't surprised. L.A. Times 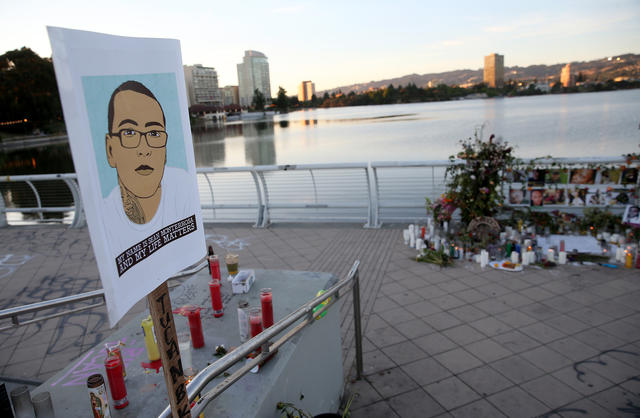 A memorial to Sean Monterrosa at Lake Merritt in Oakland on June 8.

Sean Monterrosa was on his knees and unarmed when he was fatally shot by a Vallejo police officer on June 2. The cop, it turns out, was known by activists as a member of the “Fatal 14,” officers who have repeatedly shot citizens and never faced consequences. The killing of Monterrosa, a reporter wrote, "served as a harsh reminder that the city’s police department remains one of the country’s most violent and brutal small-city forces." The Guardian

Imperial County is the worst Covid-19 hotspot in California — and it wants to reopen anyway. Local officials argue that surrounding counties have already reopened, drawing a steady stream of shoppers and diners from Imperial County. Reopening, they say, would slow that traffic. More than 1,350 residents have signed a petition opposed to reopening. S.D. Union-Tribune 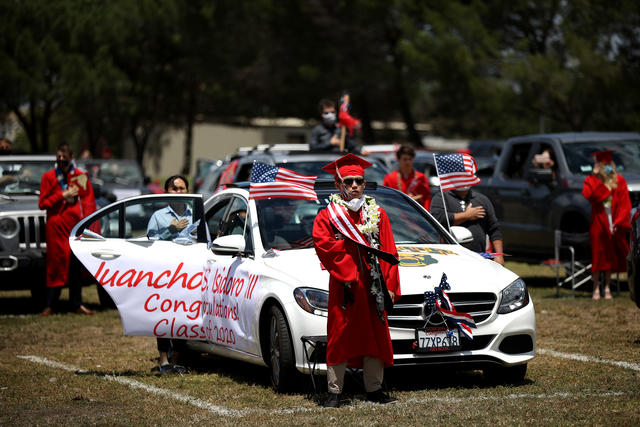 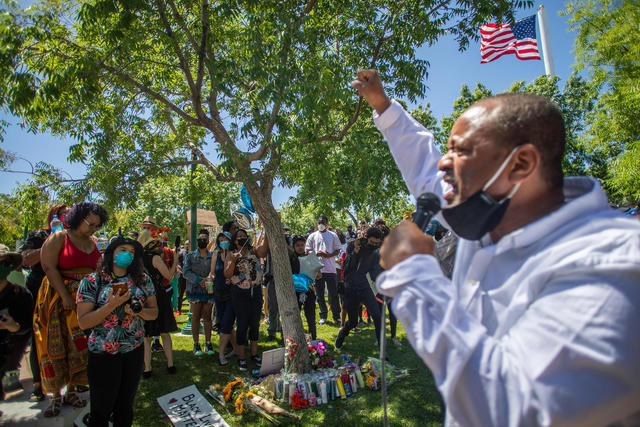 A vigil was held for Robert Fuller in Palmdale on Saturday.

The authorities are investigating the death of a 24-year-old black man found hanging from a tree near City Hall in Palmdale. The death of Robert Fuller was initially reported as a suicide. At a rally on Saturday, his sister said that story doesn't add up. “My brother was not suicidal," she said. In a surprising turn, the case brought to light another death: Malcolm Harsch, 38, who is black, was found hanging from a tree 45 miles away in Victorville on May 31. Desert Sun | A.P. 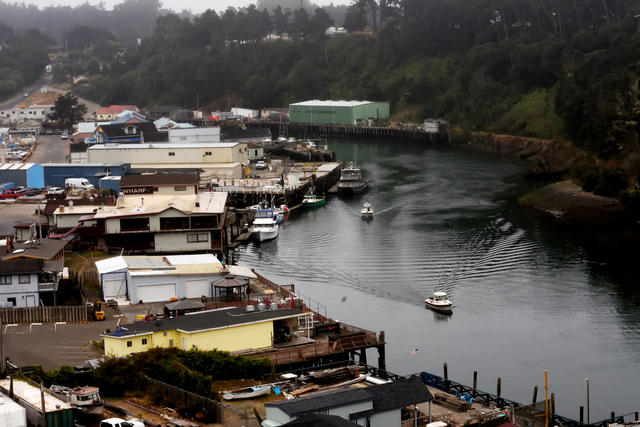 Fort Bragg is considering changing its name. The namesake of the former lumber mill town along the Mendocino coast is Confederate Army General Braxton Bragg, an association that some residents say should be reassessed amid a national reckoning over Confederate monuments. Past attempts to change the name were blocked in part over logistical concerns. Fort Bragg Advocate-News | SFGate.com 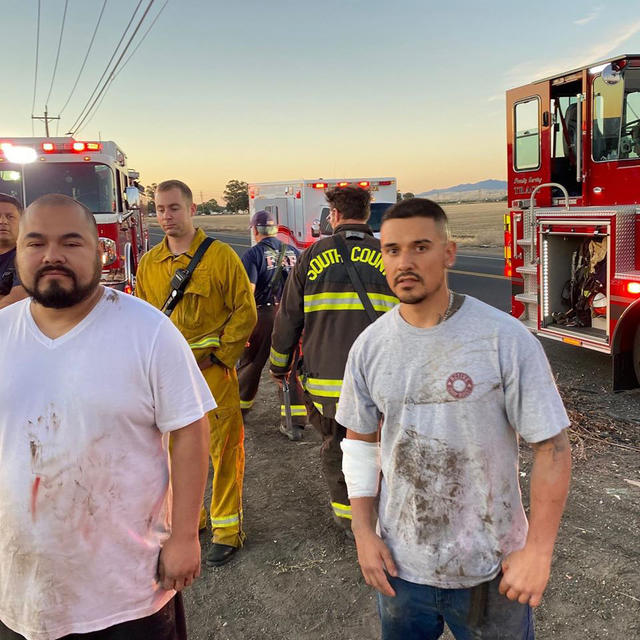 Jorge Mendoza, left, and Daniel Miranda rescued a woman from a submerged car near Tracy.

One morning last week around 4:50 a.m., Daniel Miranda was commuting to work through Tracy when he saw a car go out of control, hit a pole, and land upside down in an irrigation canal. It began to sink. Miranda and another man, Jorge Mendoza, leapt into the water, broke a car window, and pulled out an unresponsive woman. She survived. Tracy's firefighting union released a picture of the two men on Facebook, above. "This is a picture of two heroes," they wrote. Tracy Press | KTXL

Cerritos College, in L.A. County, opened what's being billed as California's first community college housing project for homeless students. The Village, as it's called, includes seven townhouses located a few blocks from campus. A 2019 study found that roughly a fifth of California’s 2.1 million community college students have been homeless during the past year. EdSource | Press-Telegram 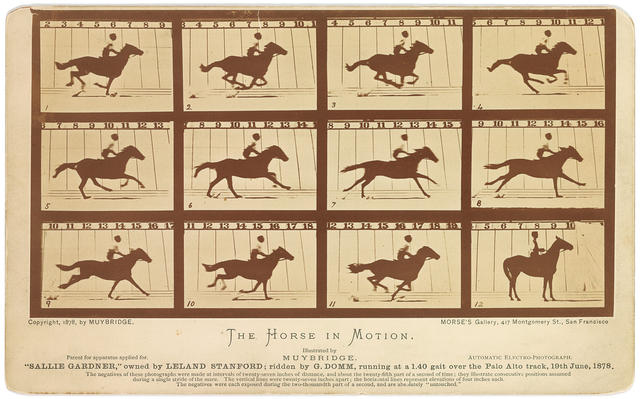 This week in 1878, the photographer Eadweard Muybridge confirmed that horses fly through the air when they run.

At the time, the question of whether horses become fully airborne had vexed humankind, having eyes too slow to fully process the animals' rapid gait. Leland Stanford, the former California governor and an avid horseman, was convinced the answer was yes and he commissioned Muybridge to settle the matter. To do so, the pioneering English photographer arranged 12 cameras along a racetrack in Palo Alto with trip wires that released the shutters as a horse galloped by.

An animation of “The Horse in Motion.”

The resulting work, appearing under the title “The Horse in Motion,” astounded reporters and established that the camera could unlock worlds of knowledge inaccessible to the human eye.

But the discovery also produced another unforeseen outcome: The photos represented an early form of animation — call it the first GIF — paving the way for the motion-picture industry as we know it. Smithsonian | Time

The California Sun is curating recommendations from outdoor writers of their top 5 not-to-be-missed destinations in each of nine California regions. 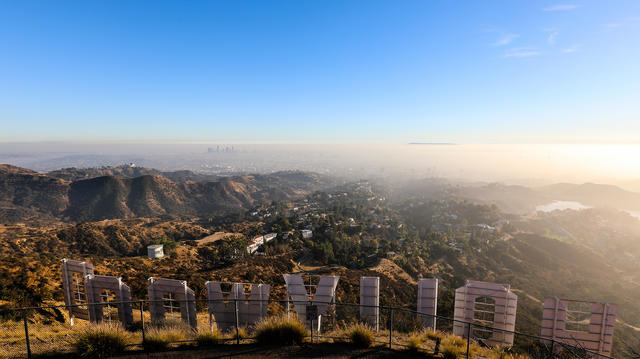 The Hollywood Sign offers stunning views of the Los Angeles basin below.

You don't just have to view L.A.’s iconic Hollywood Sign from a distance. Instead take a hike up the well-marked and easy to follow trails of Griffith Park to the top of Mount Lee, home to the sign. You'll get to see the sign up close, and you'll also be rewarded with views from Catalina Island to the San Gabriel Mountains. 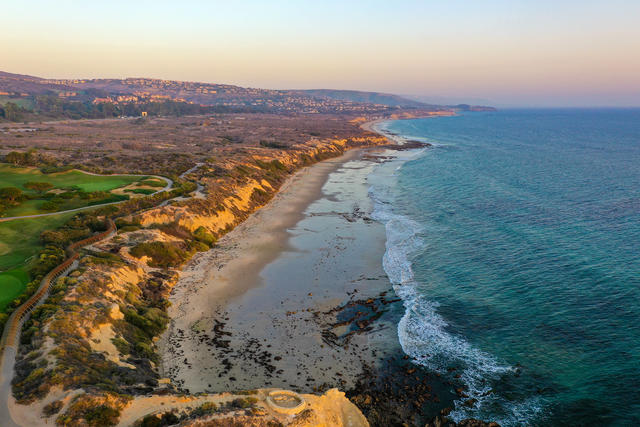 One of the only remaining native coastal habitats around, Crystal Cove State Park in Orange County offers pristine wilderness along with great ocean views as you hike the hills above the coast. There are trails for all levels, including a coastal walk on the bluffs above the beach and a longer loop that takes you to the top of the hills on the coast. 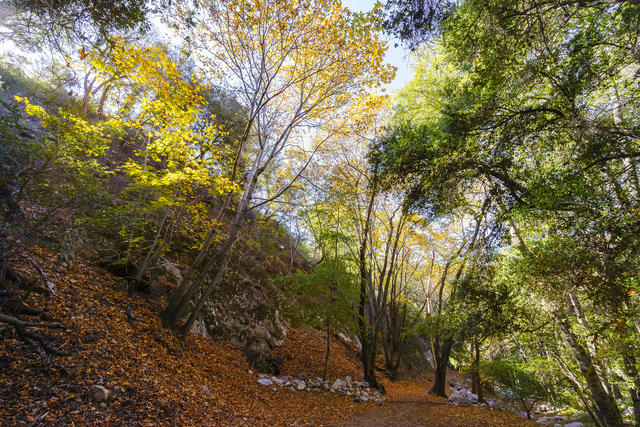 The trail to Switzer Falls lights up in the fall.

Nestled in the San Gabriel Mountains outside of Los Angeles, Switzer Falls has been a long-time attraction for those seeking fresh mountain air. This short hike brings you through ruins of a 100-year-old mountain resort to a hidden waterfall.

Towering 10,833 feet over Palm Springs, Mount San Jacinto is one of the tallest in Southern California. Take the Swiss-built cable car 6,000 feet to Mountain Station where you can enjoy short walks, scenic restaurants, cooler temperatures, and expansive views. 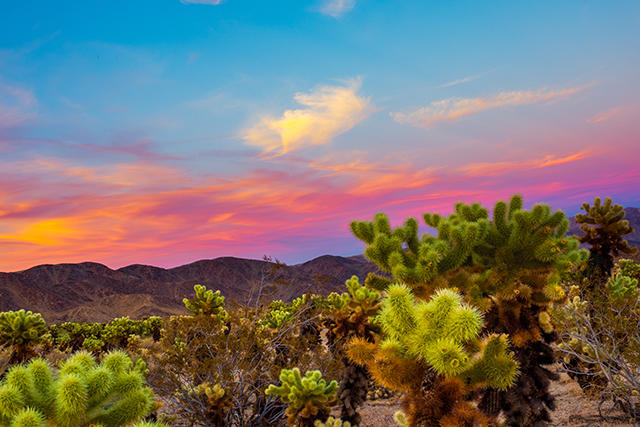 Joshua Tree is a place of psychedelic shapes and colors.

Just two hours east of Los Angeles lies this fabled land of boulders and Joshua Trees. There are many hikes you can do, but try the easy Split Rock Loop for a taste of the scenery away from the crowds. And if you have the energy, ascend the popular Ryan Mountain for panoramic views of the land where the Mojave and Sonoran deserts meet.

Cris Hazzard is a professional hiking guide and proprietor of HikingGuy.com.