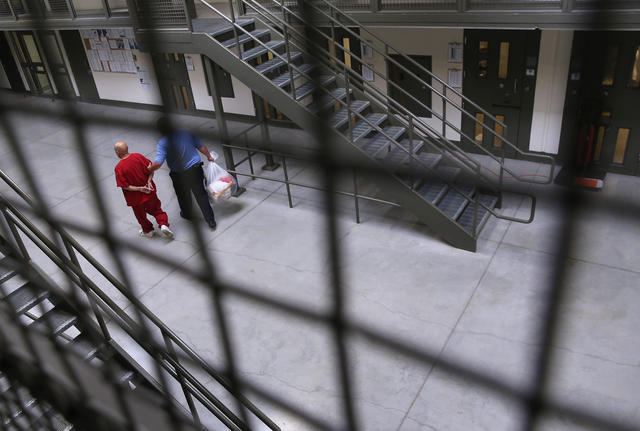 A guard escorted an immigrant detainee at an ICE facility in Adelanto.

Since 2017, police have received at least 265 calls about violence and abuse inside California’s ICE detention centers. Half the calls alleged sex crimes. In only three cases in which detainees said they were victimized did records show a suspect was charged. The L.A. Times investigated the level of safety in California's ICE facilities. "What emerged is a picture of a system in which violence can be perpetuated against detainees with impunity." L.A. Times

A pair of Southern California college students, Zade Kaylani and Mandy Tapfer, wanted to create a simple and impartial guide to the 12 statewide ballot propositions. The result is this great scorecard of recommendations by California newspapers and other groups. 👉 CaPropositions.guide 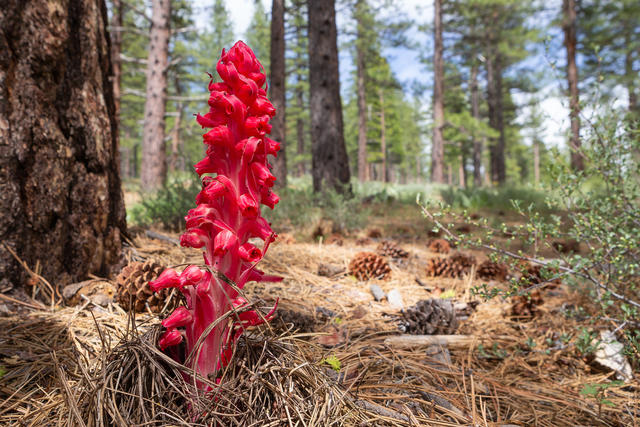 A snow plant in the Sierra Nevada.

It’s been described as a “glowing pillar of fire” and a “psychedelic asparagus.” Native to the upper Sierra, the snow plant adds flashes of crimson to a canvas of dull fallen pine needles in early spring. Its vibrant color results from a lack of chlorophyll, the green stuff other plants use to convert sunlight into food. The snow plant instead draws sustenance from a web of fungi that lives beneath conifer forests. Technically, that makes it a parasite. But the designation neglects the snow plant’s crucial role in feeding woodland creatures. One of nature’s greatest shows, according to the naturalist Erik Westerlund, is a hummingbird darting among the snow plant's brilliant red petals. Botany.org | US Forest Service

Here's a fascinating introduction to Yosemite’s snow plants, including footage of those feeding hummingbirds. 👉 YouTube (7:30 mins) 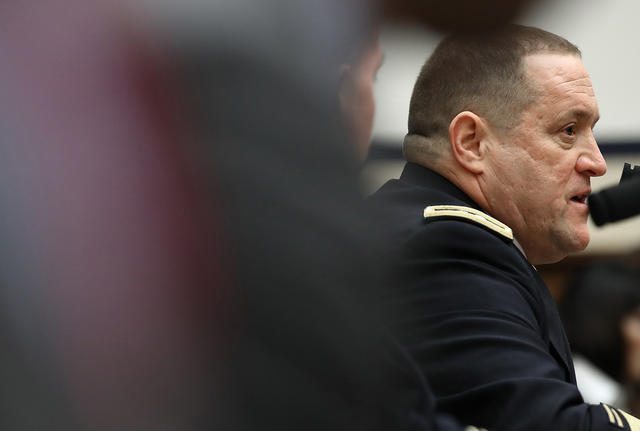 Maj. Gen. David S. Baldwin said he didn't recall whether he had approved the mission.

In early June, four National Guard spy planes took to the skies over American cities to monitor street protests after the killing of George Floyd. One, strangely, was sent to the sleepy Sacramento suburb of El Dorado Hills, where demonstrations were completely peaceful. The city happens to be the home of the head of the California National Guard, Maj. Gen. David S. Baldwin. Asked about the deployment, a spokesman for the governor called it "concerning." L.A. Times | A.P.

Immigrant workers in California's wine country were already struggling in the shadow of the pandemic. Now that wildfires have decimated the annual grape harvest, thousands of laborers in the country illegally are struggling to survive with no access to food stamps or unemployment checks. “We have never seen this kind of crisis," one immigrant said. "In all the years we’ve lived here, we’ve never seen this before, where there’s no work." Press Democrat 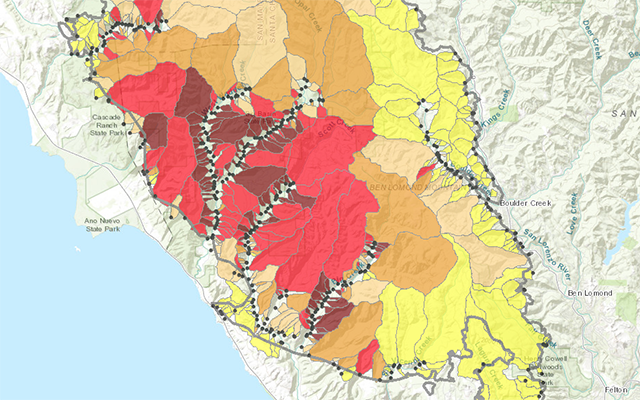 A map depicts the likelihood of mudslides during rainfall in the Santa Cruz Mountains. Red and crimson indicate more than 60%.

After a massive wildfire tore through the Santa Cruz Mountains in August and September, residents of the area are now bracing for winter storms to trigger mudslides. Experts say it's a matter of when, not if, the desiccated slopes give way to debris flows. Some residents are choosing to change towns rather than risk it. S.F. Chronicle

Shoplifting has gotten so bad in parts of San Francisco that some neighborhood stores can't stay open. A Walgreens announced it would close in November after having its shelves repeatedly cleaned out by, as one clerk put it, "people in the alleys." It's the seventh Walgreens to close in the city since 2019. S.F. Chronicle 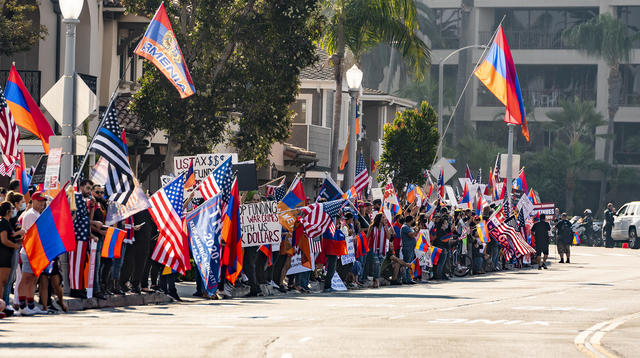 Trump supporters lined the road in Newport Beach on Sunday.

President Trump popped into Newport Beach to raise money for his cash-strapped campaign, speaking to supporters who paid up to $150,000 per couple for the privilege. “Everyone assumes he’s going to go to battleground states," a former state G.O.P. official said. "No one really thinks about how Orange County, California, is an ATM machine." L.A. Times | O.C. Register

Compton is the latest city to experiment with universal basic income. Later this year, 800 residents will start getting free cash for a two-year period. Few details have been divulged, but randomly selected families are expected to get at least a few hundred dollars a month drawn from private funds. A similar program in Stockton has been life-changing. L.A. Times

San Diego is trying to reopen its public schools, but many teachers are refusing to return. A union leader said she had talked to between 25 and 30 elementary school principals. “At least half of the principals I’ve talked to said they maybe have one teacher or zero coming back,” she said. Voice of San Diego 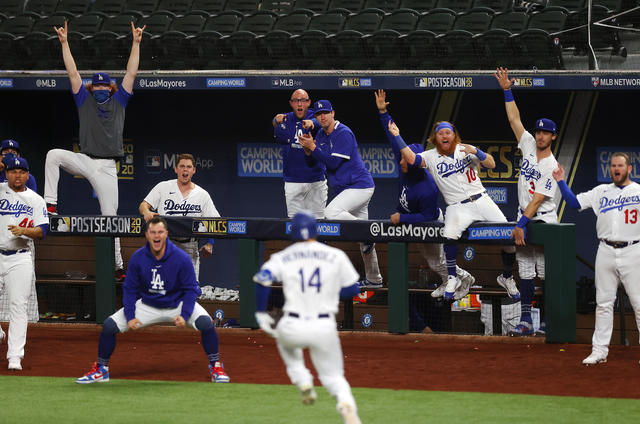 The Dodgers celebrated a home run by Enrique Hernandez in the sixth inning on Sunday.

With an NBA championship under its belt, Los Angeles is now headed to the World Series. The Dodgers, once trailing 3-1 in the National League Championship series, completed an epic comeback against the Atlanta Braves in Game 7 Sunday night. They now face the Tampa Bay Rays starting Tuesday, hoping to end a championship drought of more than three decades. L.A. Times | ESPN

In the 1990s, when skateboarding moved firmly into the streets, its young practitioners developed a rebel image. Now those kids are middle-aged — and many of them are still skating. A few years ago, the Long Beach filmmaker Ricki Bedenbaugh made a hypnotic little film showing skaters in their 40s cruising along the streets of Southern California and beyond. It makes a compelling case for skateboarding as a fountain of youth. Vimeo (~4 mins)