Good morning. It's Wednesday, May 29.

As measles cases have spread this year, scrutiny has turned to a hub of undervaccinated kids: California’s 27 Waldorf schools. Even as the statewide vaccination rate has risen to 95 percent, Waldorf schools commonly report rates well below 40 percent. At the Sierra Waldorf school in Tuolumne County, just 7 percent of kindergartners were fully vaccinated last year. Waldorf families favor natural remedies, a parent explained: "Vaccines are quintessentially the antithesis to all that." The Guardian 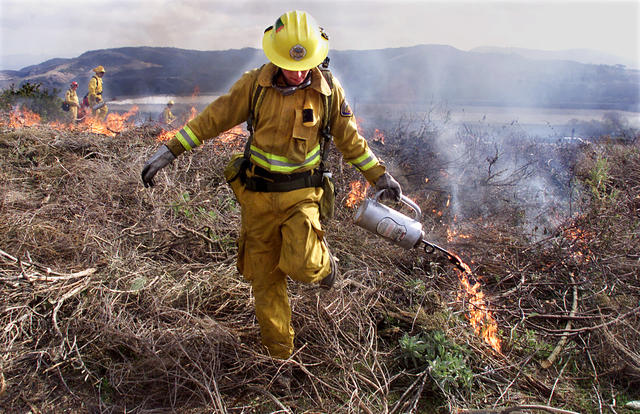 Firefighters performed a prescribed burn in San Clemente in 2000.

President Trump has blamed California wildfires on the state's "gross mismanagement" of forests. Another administration official cited "environmental terrorist groups." But a new study found that federal agencies have failed to fully embrace a crucial fire-prevention strategy: prescribed burns. In the last 20 years, the use of prescribed burns has fallen or plateaued across the West. L.A. Times

Separately, Paradise has been getting disaster tourists. To locals, strangers treading through the burn scar can have the effect of stepping on an open wound. S.F. Chronicle

A bill has advanced that would force California clergy to report confessions of child sex abuse by other priests. In California, dozens of worker categories fall under so-called mandated reporter rules, including cops, doctors, and therapists — but not priests. At a time when the Catholic Church is facing a crisis of sexual abuse scandals, church leaders in California have opposed the bill. "We are dealing here with an egregious violation of the principle of religious liberty," a Los Angeles bishop said. Mercury News 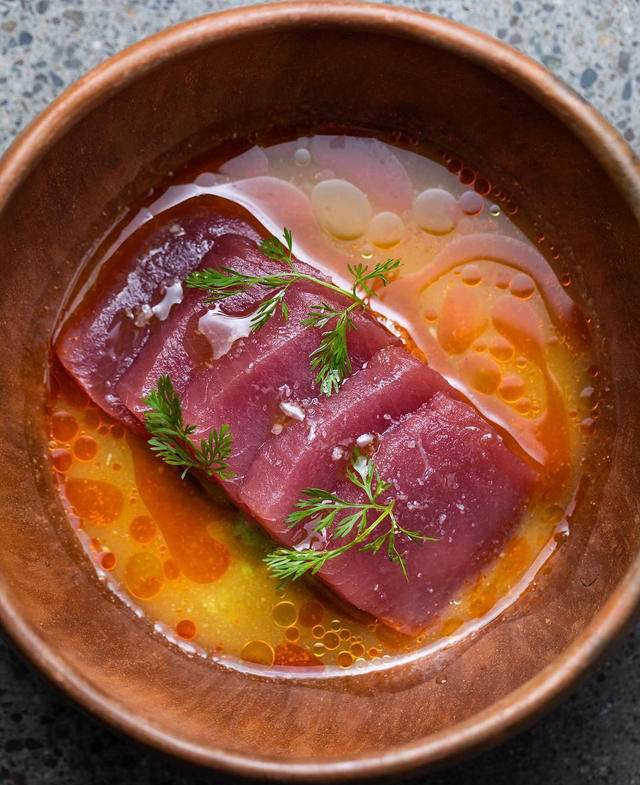 For the first time, the Michelin Guide released Bib Gourmand commendations — recognizing good meals at less than $40 — for restaurants across all of California. The 151 honorees encompass 36 different cuisines and stretch from Wine Country to San Diego, with the vast majority clustered in the Bay Area and Los Angeles. Michelin | Mercury News 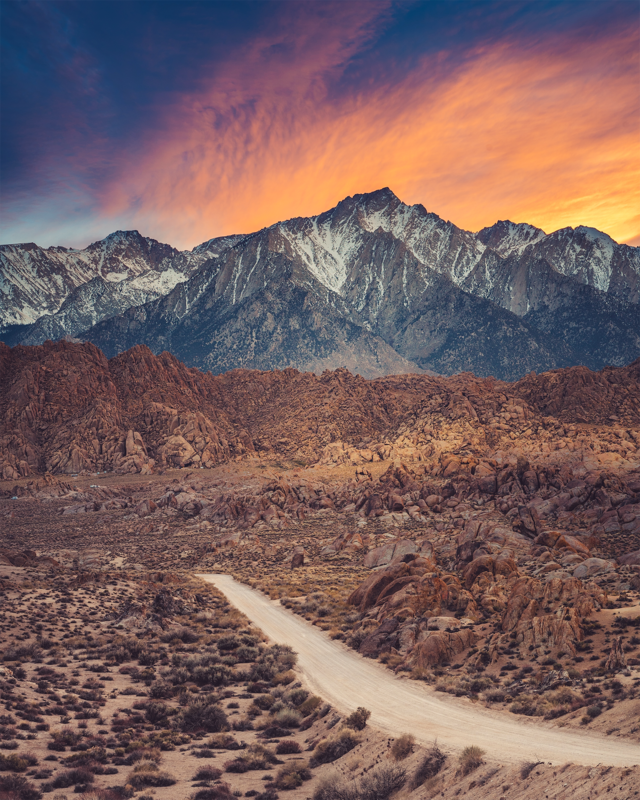 "Going to the mountains is going home."
— John Muir

In the shadow of Mount Whitney, the rounded rock formations of the Alabama Hills form a contrast with the jagged Sierra. The hills, pictured above, are an explorer's wonderland, with dozens of natural arches. Filmmakers since the silent era have been drawn there as well, making the rugged environment in many ways the face of the American West. Travel writer Christopher Reynolds included the Alabama Hills in his "California bucket list." L.A. Times | California Through My Lens

The Bay Area was more racially segregated in 2010 than it was four decades prior, Berkeley researchers found. The level of segregation in Sonoma County nearly quadrupled. Soaring housing prices have played a part in resegregating neighborhoods by pushing minority families to the edges of the Bay Area and beyond. S.F. Chronicle | Berkeley.edu 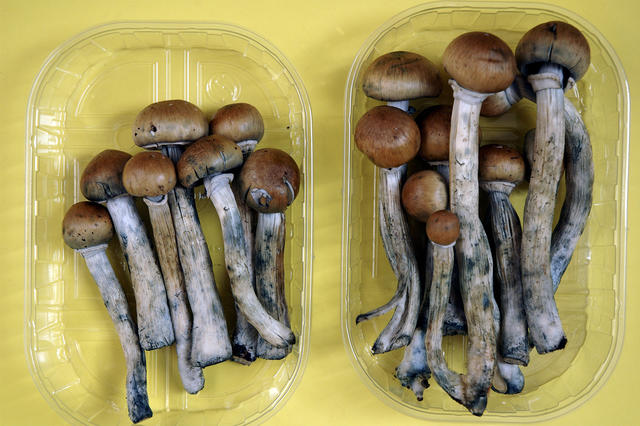 The movement to legalize psychedelics has been gaining momentum.

First, Denver. Now, Oakland? Leaders in the Bay Area's third largest city are considering a resolution that would instruct law enforcement to stop investigating and prosecuting people for using psychedelics that come from plants or fungi. On Tuesday, the City Council's public safety committee approved the measure, sending it for a vote to the full body. S.F. Chronicle | NBC Bay Area

The Grizzlies, a minor league baseball club in Fresno, was forced to apologize after broadcasting a scoreboard video that equated Rep. Alexandria Ocasio-Cortez with Kim Jong-un and Fidel Castro. A spokesman said it resulted from a failure to properly vet the video found on YouTube.

Responding, Ocasio-Cortez described the threats she endures as an outspoken Democratic congresswoman: "I've had mornings where I wake up & the 1st thing I do w/ my coffee is review photos of the men (it’s always men) who want to kill me," she said in a tweet. A.P. | Fresno Bee 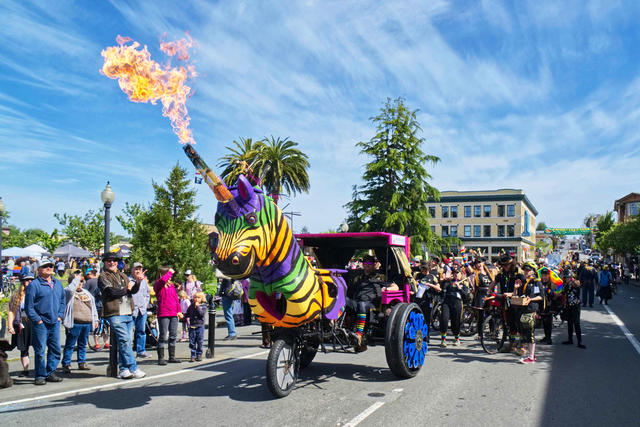 A competitor brought the heat at the 2019 Kinetic Grand Championship over the weekend.

The biggest event on Humboldt County's social calendar is the annual Kinetic Grand Championship, a blending of Burning Man and Nascar. Teams are challenged to race human-powered works of art across three days and 50 miles of sand, mud, pavement, and water. Here are a couple collections of photos from the 2019 race last weekend. Lost Coast Outpost | North Coast Journal 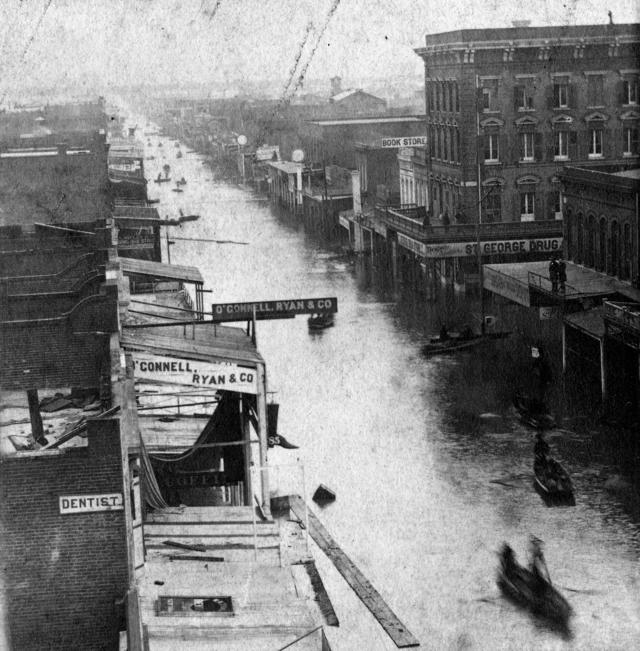 An inland lake submerged Sacramento during the Great Flood of 1862.

There are various strategies for cities to ward off flooding: dams, levees, reservoirs — or you could just hoist the city itself above the water level. That's what happened a century and a half ago in Sacramento, which sits perilously at the confluence of the American and Sacramento rivers. After repeated floods, the city simply abandoned the ground floors of three-and-four story buildings and constructed sidewalks and streets about 9 feet higher, filling the gap between the two levels with mud and sand. Today, tour guides dressed in period garb lead people into the maze of underground spaces in Old Sacramento and share tales of the miscreants and madams who once roamed there. Atlas Obscura | L.A. Times

Also: Scientists say a major flood could cause three times as much damage to California than a huge earthquake. L.A. Times

A brawl involving government officials at an annual gathering of the California Contract Cities Association in Coachella Valley raised questions over the purpose of the event. The A.P. investigated and the event appears, for the most part, to be an opportunity to party at upscale resorts — with golf, gift bags, and copious alcohol — on the taxpayers' dime. A.P. 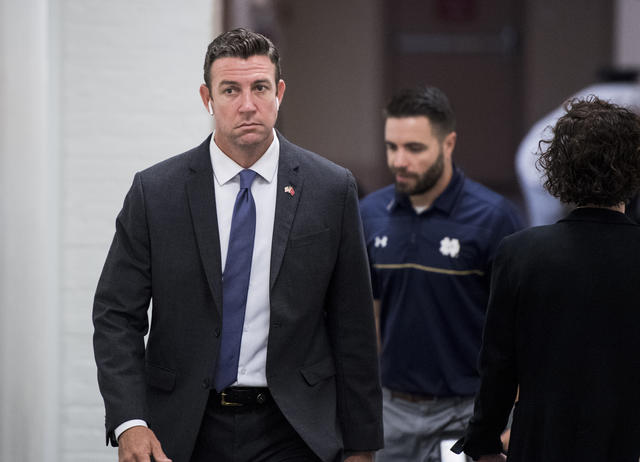 In an interview on the Zero Blog Thirty podcast, Rep. Duncan Hunter said it doesn't matter whether a captured teenage ISIS fighter was killed at the hands of the accused Navy SEAL, Edward Gallagher. "I frankly don't care if he was killed. I just don't care," he said. "Even if everything that the prosecutors say is true in this case, then Eddie Gallagher should still be given a break." The comments begin a little after the 32-minute mark. Zero Blog Thirty | Washington Examiner 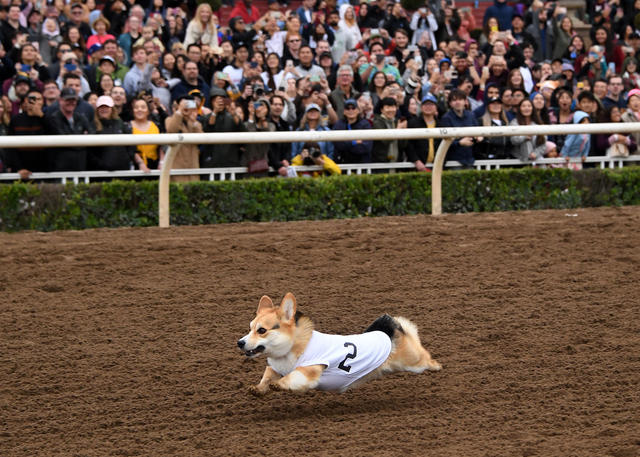 A corgi raced at Santa Anita Park on Sunday.

More than 100 corgis raced for glory at the Southern California Corgi Nationals championship at Santa Anita Park on Sunday. Emmet, a corgi from Pasadena, was crowned champion. "The real winners?" a correspondent wrote. "Pretty much everyone who turned out to watch the stubby-legged competitors scramble their way down the same track Seabiscuit once thundered across." Christian Science Monitor 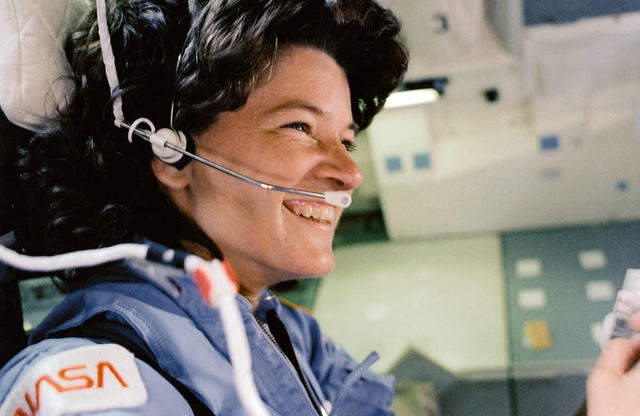 Sally Ride was an inspiration to many women and girls.

Pioneering astronaut Sally Ride was born in Los Angeles on this week in 1951. Ride was precocious and athletic as a kid, reading the sports section at age 5 and becoming a standout tennis player. She collected a Ph.D. in physics from Stanford at a time when just 3 percent of doctoral candidates in physics nationwide were women.

In the early 1970s, NASA was forced to broaden its candidate pool for astronauts. The acceptance of Ride and other women into the program led the space agency to make some adjustments. It added a women's locker room and packed tampons for flight. Engineers asked Ride, "Is 100 the right number?” She would be in space for a week. "That would not be the right number," she answered.

She endured other obnoxious questions from the press: Do you cry when things go wrong on the job? What kind of makeup will you carry? An unapologetic feminist, Ride handled the scrutiny with grace. "It may be too bad that our society isn't further along and that this is such a big deal," she once said.

On June 18, 1983, Ride became the first U.S. woman to blast into space. At only 32, she was also the youngest American astronaut of any gender. Further — though it wasn't publicly known until after her death in 2012 — Ride had a female partner for more than 25 years, making her the first known L.G.B.T. astronaut. American Prospect | PBS/YouTube