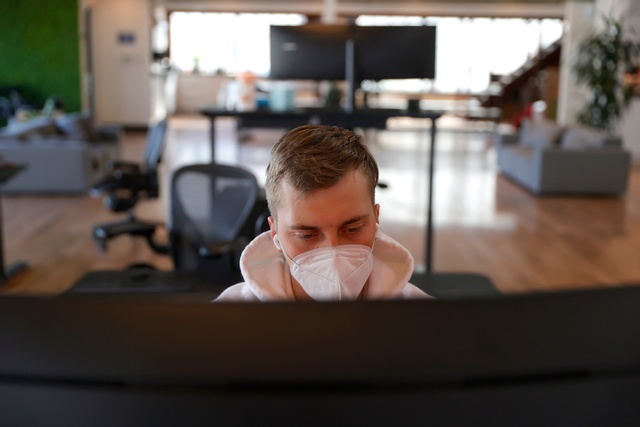 California regulators approved rules Thursday that allow workers to remove their masks only if every person in the room is fully vaccinated against the coronavirus. The vote came after a heated debate during which business leaders argued that the mask requirement conflicts with looser CDC standards, as well as Gov. Gavin Newsom's pledge to fully reopen California on June 15. Without further revision, the new rules could remain in place into 2022. A.P. | Mercury News

"We're looking at a boom time for the U.S. economy."

An analysis by economists at UCLA found that California’s strict public health measures during the pandemic actually protected its economy. California had less of a contraction last year than Texas, Florida, and Indiana, states with fewer restrictions. As the nation emerges from its downturn, the economists predicted California would recover faster than the nation. L.A. Times 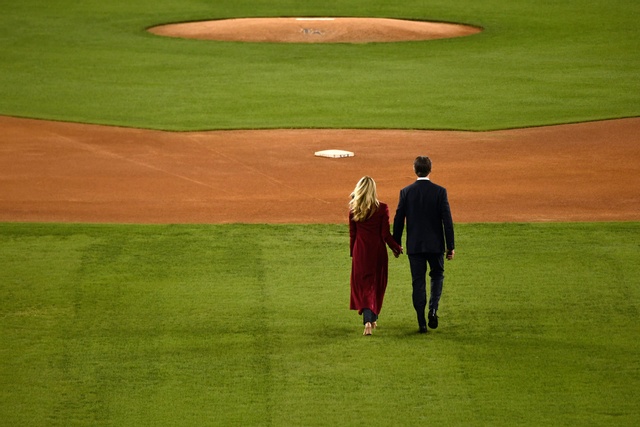 The Newsoms walked inside Dodger Stadium after the governor's State of the State address on March 9.

A Sacramento Bee investigation found that companies with reasons to ingratiate themselves with Gov. Gavin Newsom — including PG&E, Comcast, and Kaiser Permanente — pumped more than $800,000 into his wife's nonprofit, The Representation Project. The nonprofit has paid Jennifer Siebel Newsom more than $290,000 per year. “This is just a subtler variation of a lobbyist hiring an elected official’s spouse,” a law professor said. Sacramento Bee | Fox News

The columnist Mark Z. Barabak checked in with Stuart Spencer, the legendary Republican strategist who helped make Ronald Reagan a governor and a president. Spencer is 94 now, and he voted for Joe Biden in November — the first Democrat he’s supported since Harry Truman in 1948. Asked what Reagan would make of Donald Trump, Spencer paused. “Oh, boy,” he said. “He would be sick.” L.A. Times 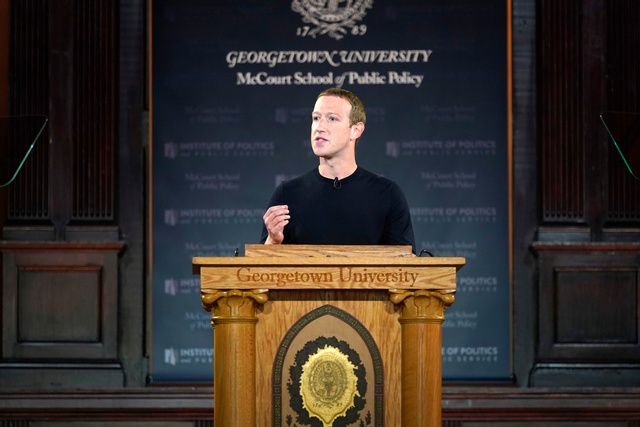 Mark Zuckerberg defended free expression in a speech at Georgetown University in 2019.

Two years after Mark Zuckerberg declared that Facebook "must continue to stand for free expression,” the company plans to announce a major policy reversal on Friday, ending its hands-off approach to political speech. Since 2016, Facebook has granted greater latitude to politicians because their speech is considered newsworthy. Now they will be subject to same content moderation rules as everyone else: harassment, discrimination, and other harmful speech is prohibited. The Verge | N.Y. Times

In 2018, San Francisco became the first U.S. city to ban vaping in the name of protecting children. Now new research from the Yale School of Public Health has revealed that the prohibition appears to have pushed kids toward traditional cigarettes. It found that San Francisco high school students' likelihood of smoking doubled relative to young people in other places. “I would say it’s very compelling evidence that the ban led to an increase in smoking,” study author Abigail Friedman said. GIZMODO | SFGate.com

As Californians get ready to enjoy the warmest weather of the year, San Francisco still has some waiting to do. According to National Weather Service data, the city's warmest month is September, when the average high hits 70.2 degrees. October is next warmest, with an average high of 69.8. San Francisco's famously chilly summers result from the city's location between the Pacific Ocean and Central Valley. Meteorologists say the low-pressure heat of the valley acts like a vacuum cleaner, sucking the ocean's cold, high-pressure air and fog inland. It takes the path of least resistance, sweeping through gaps in the mountains like the Golden Gate. As inland temperatures drop, the effect reverses, letting San Franciscans bask, finally, in the autumn sun. KQED has a nice explainer.

“I’m afraid I’m going to lose everything I worked all my life for."

Richard Perry built a middle-class life in Compton from scratch, with little or no generational wealth to lean on in a crisis. But at 58, he was fighting for his life in a hospital. Every call from home seemed to add new burdens. His wife lost her job. The disability checks weren't covering the bills. His older brother, also stricken, died. Here's a beautifully written story about how Covid-19 can upend a lifetime of hard work. 👉 L.A. Times 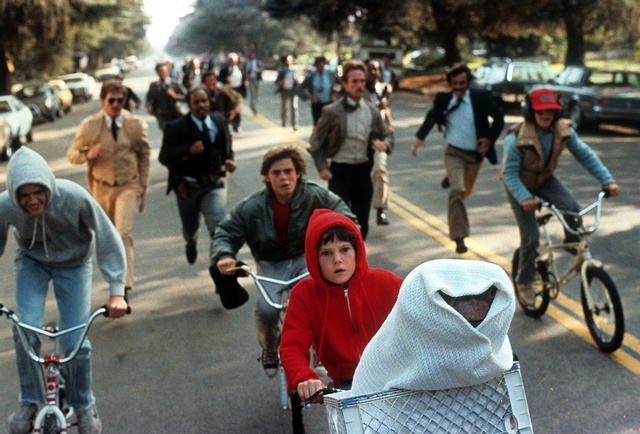 More people have been talking seriously of alien visitation.

Did aliens visit off the coast of San Diego in 2004? Officials briefed on a highly anticipated government report into that and other unexplained aerial phenomena over the past two decades said they couldn't rule it out. But they found no proof of extraterrestrial activity. The uncertainty is likely to further stoke what has become a very strange national discussion about alien life. N.Y. Times | Washington Post 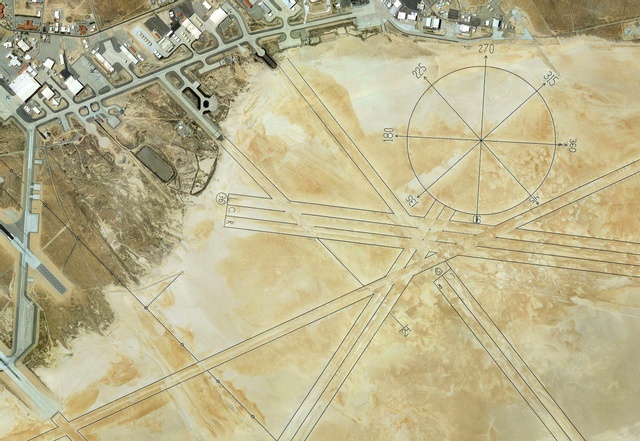 A compass rose is painted onto Rogers Dry Lake in the Mojave Desert.

Fun fact: The world's largest compass rose is painted in black oil on a dry lakebed northeast of Los Angeles. With a diameter stretching three quarters of a mile, it looks like some cryptic geoglyph but was added as a navigational aid to pilots at Edwards Air Force Base. Over time, the usefulness of the analog device has faded. Even so, the military keeps it freshly painted largely as a landmark. Atlas Obscura

On this week's California Sun Podcast, host Jeff Schechtman talks with Mick LaSalle, the San Francisco Chronicle film critic and author of the new book "Dream State: California in the Movies." He talked about how Hollywood reflects our cultural anxieties, even if they are invisible to us in the moment. In 2015, for example, every other movie seemed to involve a city being destroyed. "I started realizing that Godzilla was Trump," LaSalle said. 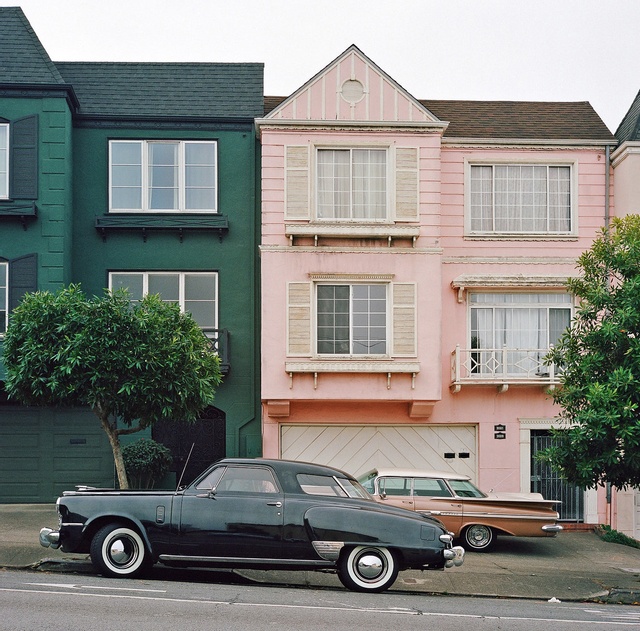 A photo caption in Thursday's newsletter misidentified the county of a neighborhood near Mount Shasta. It's Siskiyou County, not Shasta County.