Forty-three days after California said vaccinated residents could safely forgo their masks, health officials on Wednesday urged everyone to put them back on. The state said it was following the CDC's lead, but the guidance appeared to go further, calling for masking in public indoor spaces even in regions where transmission rates of the coronavirus are "moderate" or "low," including the far north and Eastern Sierra. “Our projections are sobering,” Gov. Gavin Newsom said. “Our projections are, over the course of the next number of weeks, we’ll show a significant increase in hospitalizations if we continue down this path.” L.A. Times | A.P. 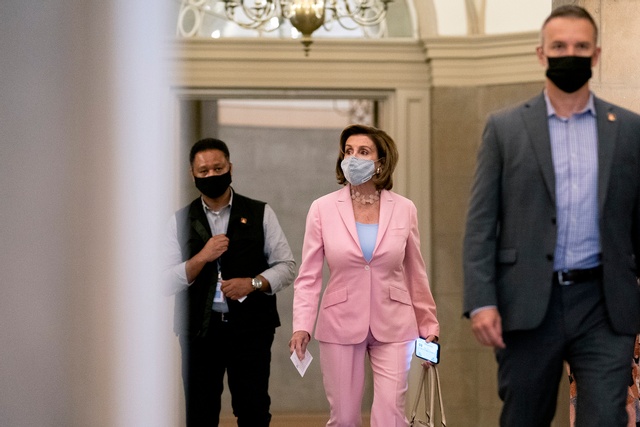 House Minority Leader Kevin McCarthy, of Bakersfield, on a new order to wear masks on the House floor: "Make no mistake. The threat of bringing masks back is not a decision based on science, but a decision conjured up by liberal government officials who want to continue to live in a perpetual pandemic state."

Google, Facebook, and Netflix all announced some form of vaccine mandate on Wednesday, part of a growing movement to force vaccination compliance. Dr. John Swartzberg, an infectious disease expert at UC Berkeley, said it was unfortunate that it was falling to companies to force the issue. “They’re really carrying out the public health mission that the government is not, in my opinion,” he said. S.F. Chronicle | recode

Vox: "Mandate the vaccine, not masks."

In 2016, Evan Lalanne, a Cal Poly student, fell 40 feet while hiking on Bishop Peak in San Luis Obispo, breaking his back and leaving his legs paralyzed. Determined to get back into action sports, he constructed a custom skateboard that he can ride in his wheelchair. Videos of Lalanne flying down trails have since become a social media sensation, collecting millions of views and catching the attention of Ellen DeGeneres and Tony Hawk. @evan_lala 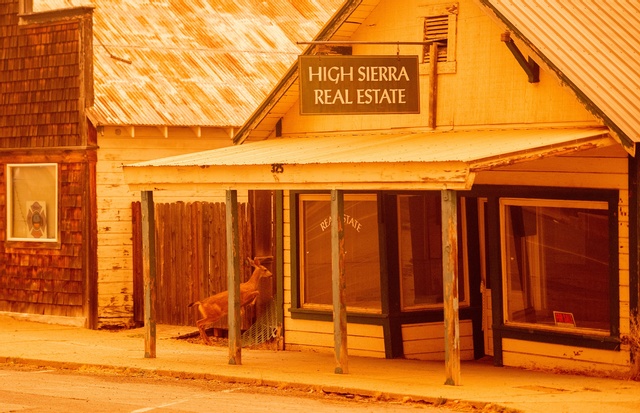 A deer jumped onto a business property as the Dixie fire approached downtown Greenville last Friday.

“I’m just so tired of fleeing and running for my life.”

Dozens of families forced from Paradise after the catastrophic Camp fire of 2018 have resettled in towns around Lake Almanor, about 40 miles away. Over the last week, the massive Dixie fire roared toward their new haven, kindling dread of another displacement. Washington Post 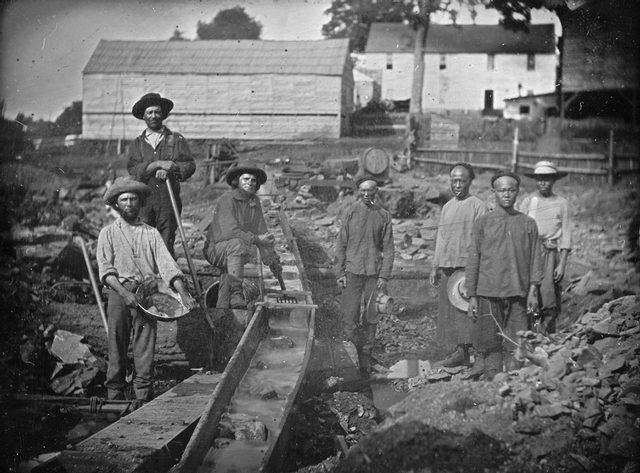 Chinese laborers in California, circa 1852.

In the 19th century, residents of Antioch's tiny Chinatown built tunnels underground because a county law prohibited Chinese people from going outside after dusk. In 1876, according to newspaper accounts, some young white men contracted diseases from Chinese prostitutes. So people set fire to Chinatown. This summer, 145 years later, Antioch took a dramatic step: It apologized. L.A. Times

Berkeley wants to go vegan. On Tuesday, the City Council approved a first-of-its-kind measure that aims to cut in half the city's spending on animal products by 2024, with a goal to eventually go to 100% plant-based meals. It would mean an end to meat and dairy served at jails, senior centers, youth programs, and public events. Berkeleyside | A.P. 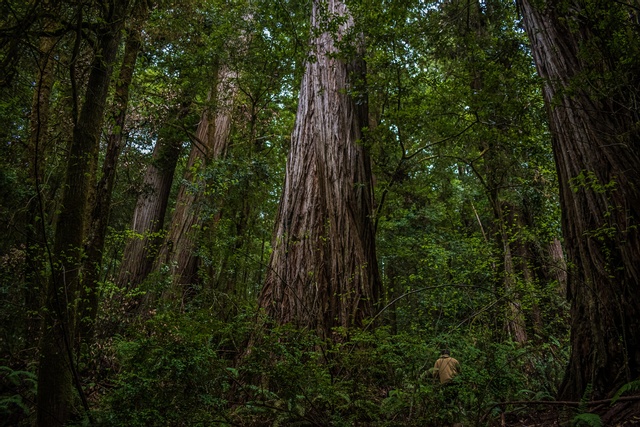 ☝️ That's the tallest known tree on earth, but no one is telling where it is. The location of Hyperion, standing 380 feet somewhere deep inside Redwood National Park, is kept secret to fend off people who might be tempted to trample on its roots or carve out little souvenirs. In any case, those who've sought out Hyperion say it's not worth the trouble. From the ground, it looks like any other coast redwood, all of them a wonder to behold. Mental Floss

"You lose sense of the ground." A forest scientist shot video as he climbed to the top of Hyperion to measure its exact height. YouTube (~4:30 mins)

The Los Angeles City Council approved a new ordinance on Wednesday that outlaws camping around parks, libraries, and other facilities, portraying it as a humane way to clear sidewalks and open spaces. The council vowed that enforcement would include social workers who would offer shelter and services. Still, opponents said the measure criminalizes homelessness in a city that lacks sufficient housing and shelter space. “People want housing,” said Councilman Mike Bonin, who opposed the law. “They do not want warehousing. They don’t want shelter. They want housing.” L.A. Times | L.A. Daily News 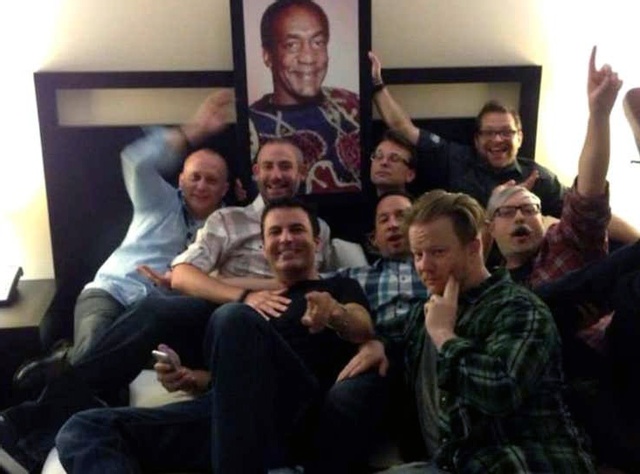 When California sued Activision Blizzard, accusing the Southern California company of fostering a “frat boy culture,” top executives said the lawsuit distorted its past. But a gaming website on Wednesday backed up allegations in the lawsuit that a fired developer kept a hotel room during a 2013 BlizzCon convention nicknamed the “Cosby Suite,” where people would pose with a portrait of Bill Cosby. In a group chat called “BlizzCon Cosby Crew,” male employees joked about bringing women to the room. Kotaku | The Verge

Hundreds of Blizzard employees walked off the job in Irvine on Wednesday, calling for changes to the company’s workplace culture. O.C. Register

When China first disclosed that some residents of Wuhan had fallen ill from a newly discovered coronavirus, Charles Huang sensed opportunity. The former auto executive in the San Gabriel Valley secured a vast supply of rapid Covid-19 tests, which he later sold to a desperate British government. Soon, executives at Huang's company were flying in Gulfstream jets and buying multimillion-dollar homes. Now the FDA is questioning whether the tests actually work. L.A. Times

During the second decade of the 20th century, Los Angeles was a city on the rise. The film industry took root, the Los Angeles Aqueduct opened, and the population grew by 80% to nearly 600,000 residents. In 1912, a film company released a short documentary that includes a fascinating trip through the downtown, bustling with streetcars, horse-drawn carriages, and smartly dressed Angelenos in suits and big eccentric hats. Even then, the traffic was harrowing. YouTube (4 mins)