Please note: The newsletter will pause Friday and Monday. Back in your inbox on Tuesday. 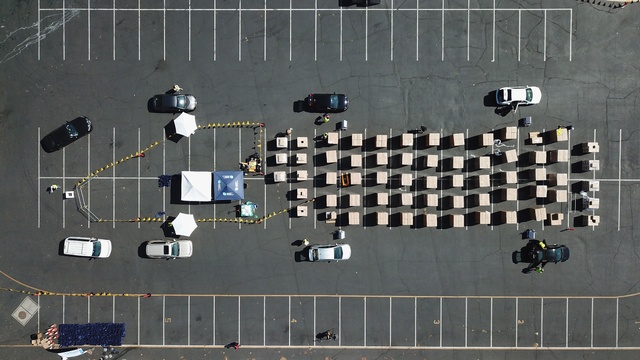 Boxes of free medical supplies were distributed to medical practices in Pasadena on Monday. 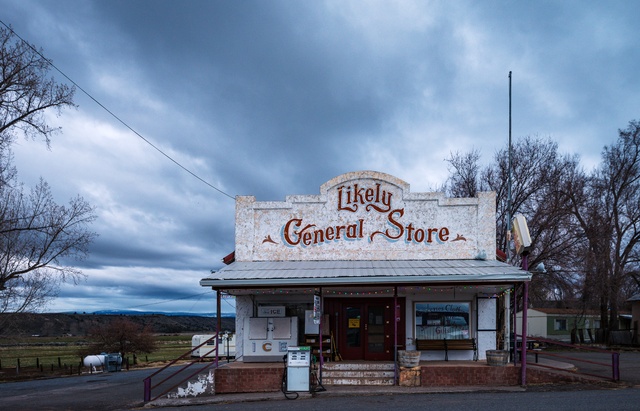 A general store in the community of Likely, Modoc County.

Covid-19 has now officially spread to all 58 California counties. Modoc County, in the state's northeastern corner, confirmed two infections on Tuesday, ending its run as the last county to be untouched by the virus. Health officials urged anyone who visited a bar recently to get tested. "It’s here," one official said. "And we could see the number of cases increase in the next few weeks." Sacramento Bee | A.P.

The most comprehensive survey of coronavirus cases in American higher education revealed that the virus is already spreading widely at the country's universities. Among California campuses, UC Berkeley has had the most cases with 123, a number of them linked to fraternity parties. Rounding out the top five: UCLA, Stanford, UC Irvine, and UC Davis. Some eye-opening graphics 👉 N.Y. Times 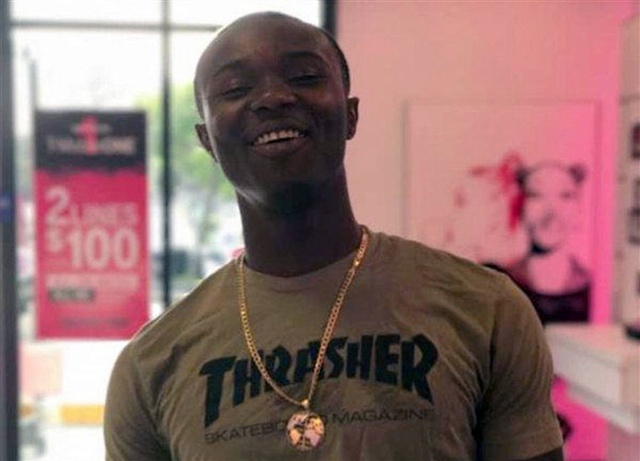 “Some days I feel like I work with a bunch of thugs who take pleasure out of hurting people.”
— Member of the Vallejo Police Department

For years, a secretive clique within the Vallejo Police Department has commemorated fatal shootings by bending the points of their badges each time they kill in the line of duty, according to an explosive report by Open Vallejo. Responding to the story, Vallejo's mayor called the badge-bending allegation "legitimate.” He added, "To tout and celebrate that you have shot somebody is absolutely disgusting." Open Vallejo | Times-Herald

A longtime Los Angeles police SWAT sergeant has filed a whistleblower lawsuit accusing the unit of being controlled by a “SWAT Mafia” of veteran officers who encourage the use of deadly force and call members who attempt de-escalation "cowards." Sgt. Tim Colomey said he was sidelined after he told internal affairs that the SWAT culture was rotten. L.A. Times | KABC

California lawmakers have proposed a new law that would punish police who fail to intervene when witnessing excessive force by a fellow officer. The measure gained momentum after the George Floyd killing, during which Minneapolis officers stood by as Floyd cried out for mercy. Law enforcement agencies oppose the rule, saying it's redundant and places an undue burden on officers making split-second decisions. L.A. Times 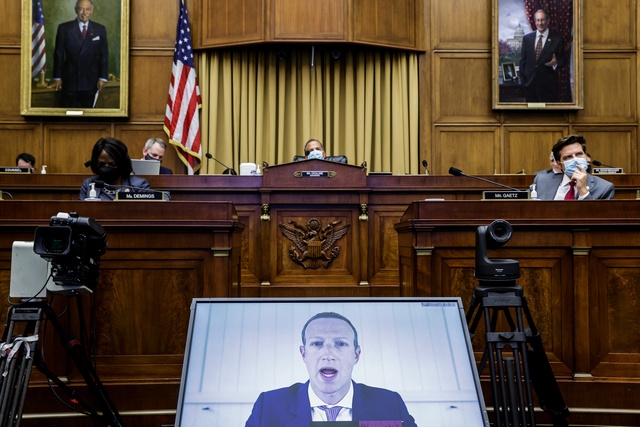 Mark Zuckerberg spoke via video conference during a hearing on Capitol Hill Wednesday.

The chief executives of Amazon, Apple, Google, and Facebook faced five hours of withering questions from a congressional antitrust committee on Wednesday. Both Republicans and Democrats went on the offensive, but for different reasons. Democrats criticized the companies for killing off competitors. Republicans questioned whether the companies muzzled conservative viewpoints. “Our founders would not bow before a king," said David Cicilline, Democrat of Rhode Island. "Nor should we bow before the emperors of the online economy.” N.Y. Times | A.P. | Washington Post

Theo dreams of having a home with his own room — a place where he can have pajama parties. He's 7 years old. A reporter and photographer followed the homeless boy and his mother over the course of a year as they moved from parks to hotel rooms and then back again in the affluent community of Berkeley. Their story 👉 S.F. Chronicle 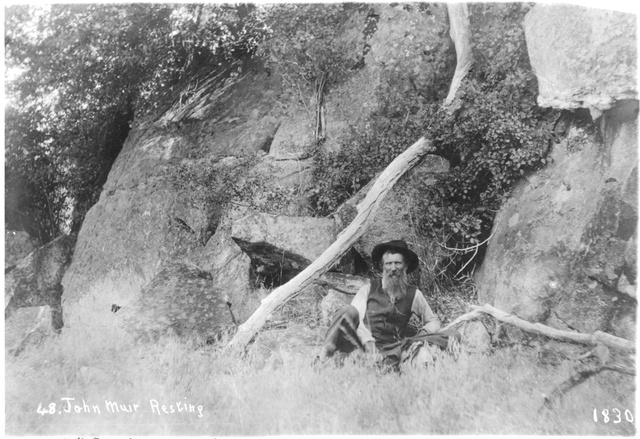 John Muir in Yosemite, circa 1895, where he found his calling.

John Muir is an almost prophetlike figure in California. So it came as a jolt last week when the Sierra Club denounced the 19th-century wanderer for drawing on racist stereotypes in his writings. The California Sun reached out to Muir biographer Donald E. Worster for his thoughts. Muir, he argues, was no white supremacist. California Sun

Southern California is expected to bake between Thursday and Saturday, peaking on Friday with the temperatures above. Also expected: gusty winds, which has officials bracing for elevated fire danger. KTLA | L.A. Times 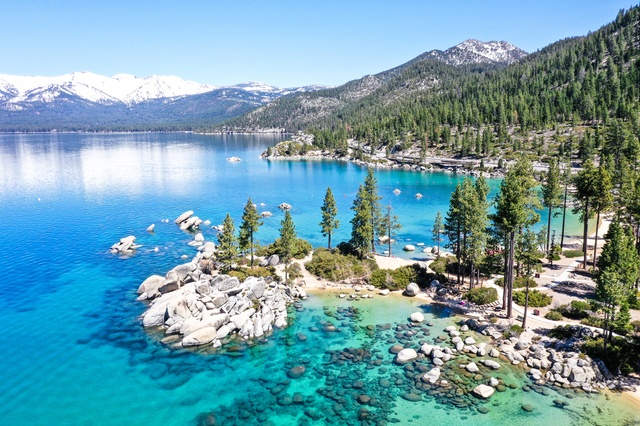 Located on the Nevada side of Lake Tahoe, its giant smooth boulders and clear turquoise water make it among the most picturesque beaches of the entire lake. During non-pandemic summers, it hosts the annual Lake Tahoe Shakespeare Festival, with a breathtaking backdrop of the lake and surrounding peaks. Outdoor Project | Nevada Parks 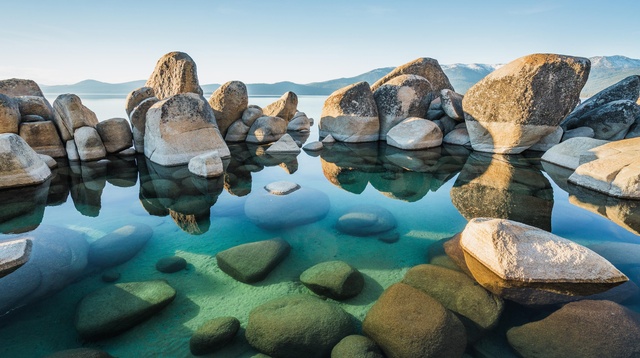 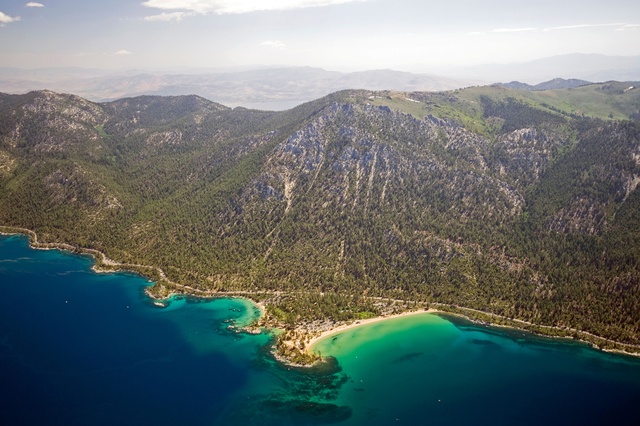 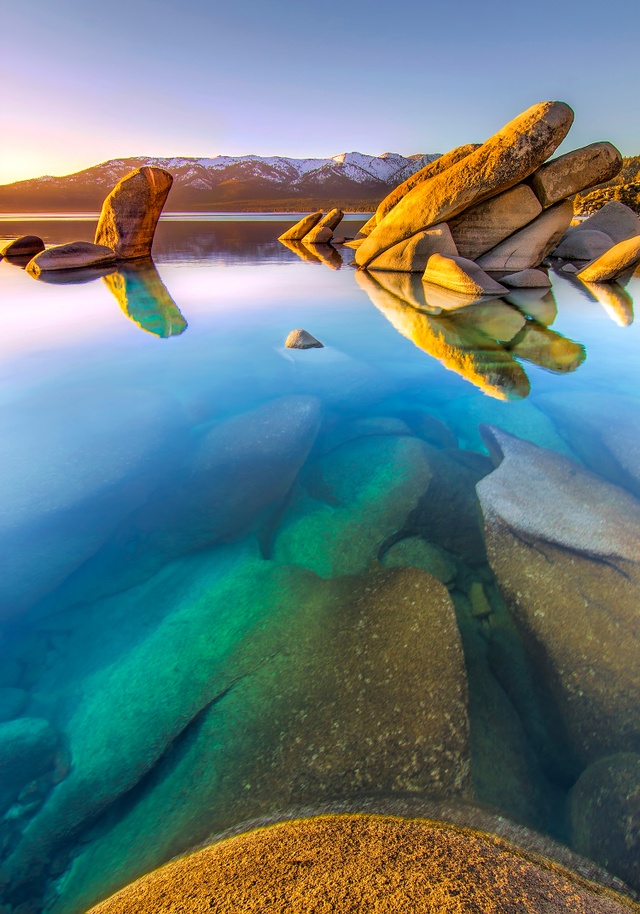 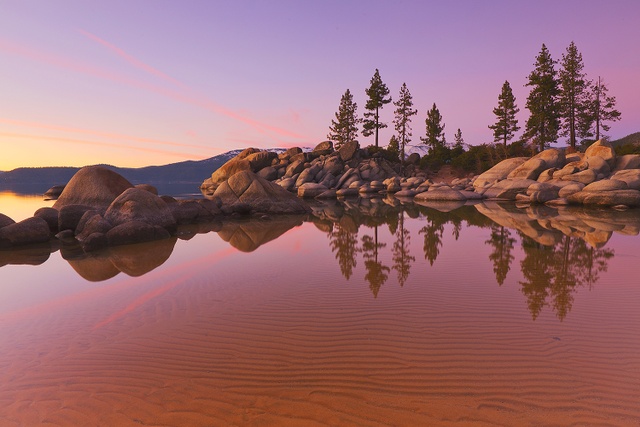 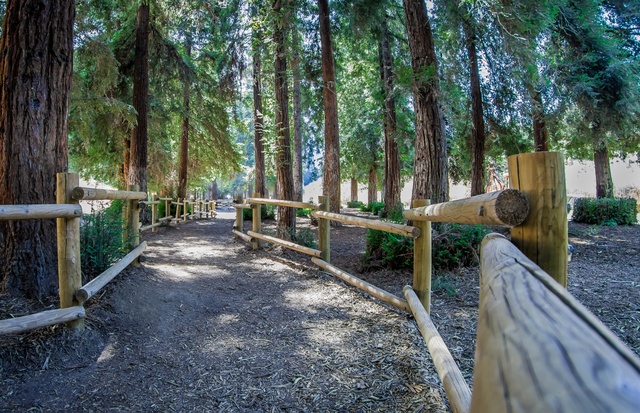