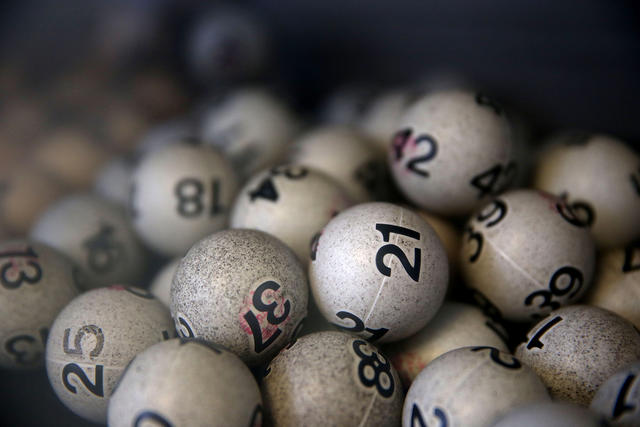 A state audit found that the management of the California Lottery shortchanged the state's schools by about $36 million over the last four years. The Republican lawmaker that demanded the audit said it confirmed his suspicions: "That the California lottery has a culture of profits first and schools last." Voters created the lottery in 1984 to help fund education. L.A. Times | A.P.

In California, several regions exist uneasily under Democratic rule. One such place is Devin Nunes country, a stretch of Route 99 in the San Joaquin Valley where people see themselves as forsaken by state leaders. "Here," writes James Rainey, "a ruby Republican heart beats in sapphire blue California, or as one KMJ promotion puts it, a hub for 'rational thinking in an irrational state.'" L.A. Times 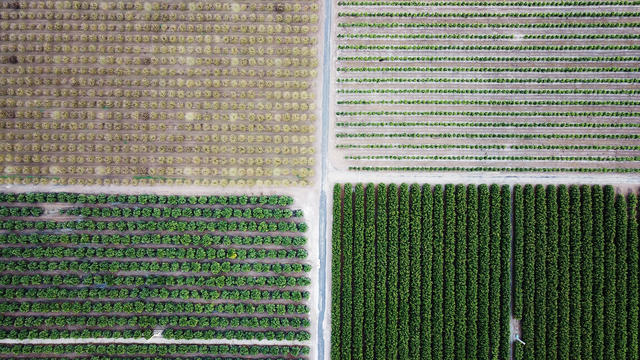 In Bakersfield last week, President Trump portrayed California's water shortages as a fiction, and pledged to open the floodgates to Central Valley farms. This week, his administration announced that some farmers may only get about 15 percent of their contracted water supply for the upcoming growing season. After a bone-dry January and February, an official explained, "We are still constrained by the amount of water nature provides us." Sacramento Bee | San Joaquin Valley Sun 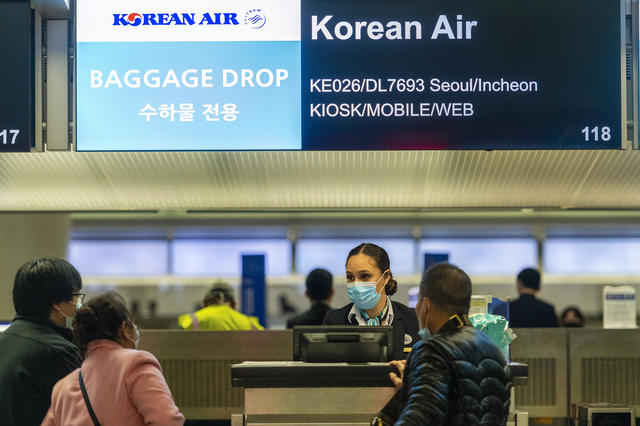 Face masks have been a common sight at San Francisco International Airport.

Mayor London Breed of San Francisco declared a state of emergency to counter the threat posed by the novel coronavirus. On the same day, the CDC warned that the global outbreak will almost certainly spread in the U.S. There have been no confirmed cases in San Francisco, Breed noted: "To be clear, this declaration of emergency is all about preparedness." S.F. Chronicle | S.F. Examiner

Over the last decade, investors poured about $763 billion into American start-ups. Now a pullback is unfolding in the areas that drew the most hype, the N.Y. Times wrote. More than 30 start-ups have slashed more than 8,000 jobs over the last four months. Among those floundering: Zume, Getaround, 23andMe, Flexport, Mozilla, and Quora. N.Y. Times | SFist

Silicon Valley has ruined work culture. "The tech world has managed to recast workaholism for someone else's profit as something desirable: 'hustle culture.'" WIRED

A 2018 Tesla crash that left a father of two dead in Mountain View raised concerns about the safety of the car's "Autopilot" technology, which has partial self-driving features. On Tuesday, federal investigators said the driver was playing a video game on his phone at the time of the crash. "If you own a car with partial automation, you do not own a self-driving car. So don't pretend that you do," the NTSB chairman said. The Guardian | Mercury News 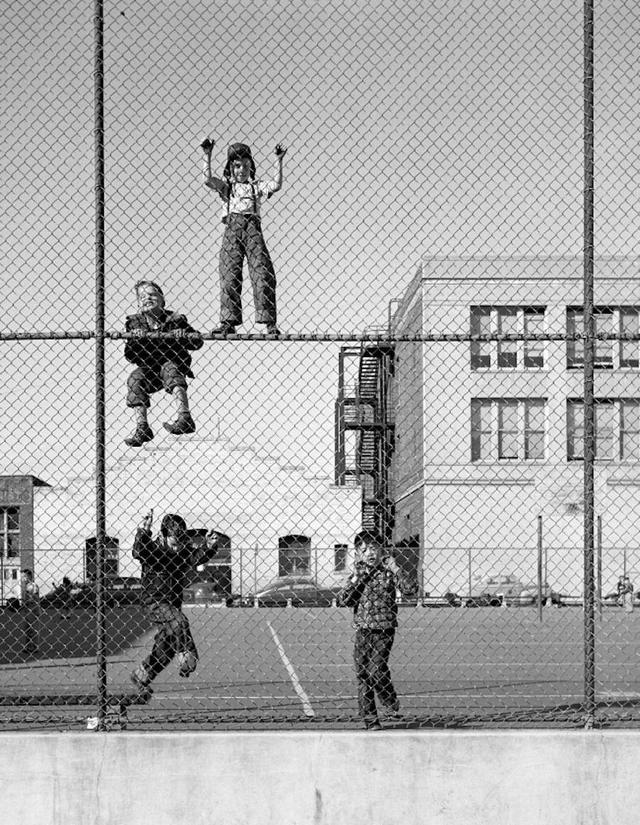 In 1940s and 1950s San Francisco, children played in the streets and jazz clubs dotted the neighborhoods. An influx of World War II veterans, who had fallen in love with the city while en route to or from the Pacific, led to a burst of growth and energy. "San Francisco," one of those transplants told KRON, "was the closest thing to Shangri-la that I ever saw." Black-and-white images captured by Fred Lyon recall a time when the city overflowed with optimism. HuffPost | BuzzFeed

"I don't know how people experience this, go through it and survive."

The parents of three boys killed in a crash after pulling a "Ding, Dong, Ditch" prank in Riverside County spoke out about the loss of their sons and the man accused of fatally running them off the road last month. Press-Enterprise 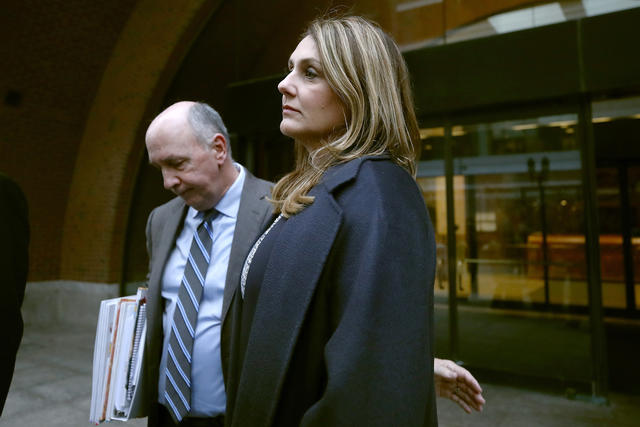 Michelle Janavs, with attorney Thomas Bienert, outside court in Boston on Tuesday.

Michelle Janavs, an heiress to the Hot Pockets fortune, was sentenced to five months in prison for rigging her daughters' test scores and posing one as a beach volleyball recruit to USC. Janavs, a Newport Beach resident, is the 15th parent to face sentencing in the Operation Varsity Blues scandal. Bloomberg | Washington Post

Nightmares, whispered gossip, bans from prom. Here's how society has punished the students in the admissions scandal. N.Y. Times

Robert Iger, one of the most powerful media executives in the world, has abruptly stepped down as chief executive of Walt Disney Co. The company's head of parks and resorts, Bob Chapek, will take over the top job, though Iger won't be going far. He'll oversee the company's creative endeavors and continue to lead the Disney board. N.Y. Times | Hollywood Reporter 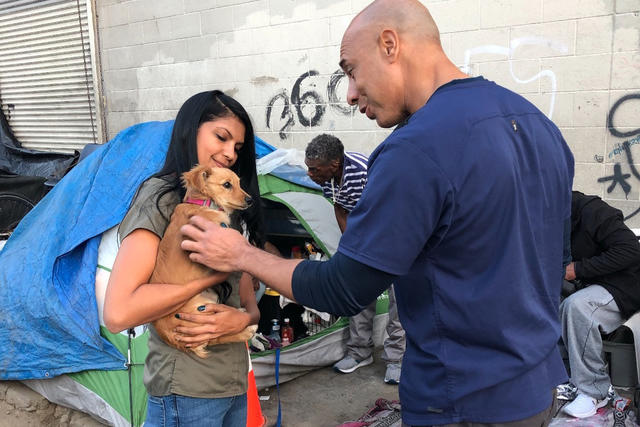 "I've learned that homelessness can be solved if we really want to solve it," Dr. Kwane Stewart told CNN.

For the last nine years, a San Diego veterinarian has spent his free time driving around California cities looking for homeless people with animals. Dr. Kwane Stewart approaches and offers checkups for the pets, providing everything from vaccinations to flea treatments — at no cost. CNN

Hidden artworks lurk beneath the bark of trees scattered across San Diego. The Rainbow Eucalyptus prefers life in the rainforest, but a number of the trees have sprouted in San Diego — at Balboa Park, the San Diego Zoo, and parts of Mission Bay, among other places. In warmer months the tree's bark exfoliates, revealing a kaleidoscopic palette of pale green, red, orange, and yellow. ABC 10 News

Below, photographers shared a few images captured around the city recently. 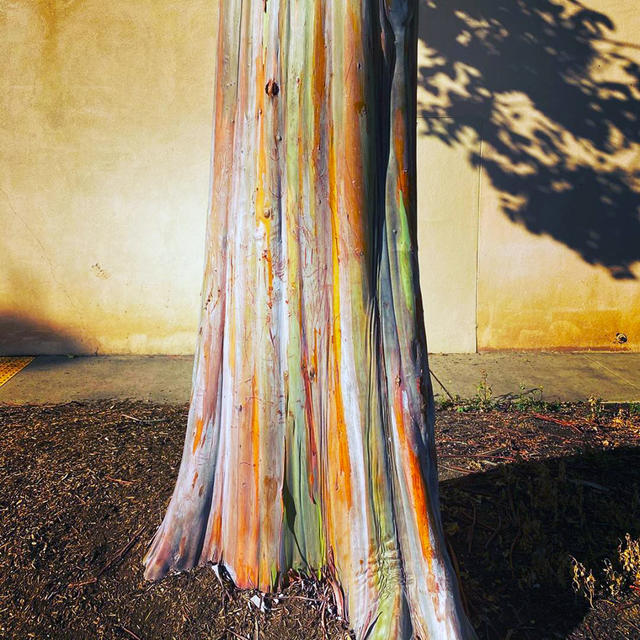 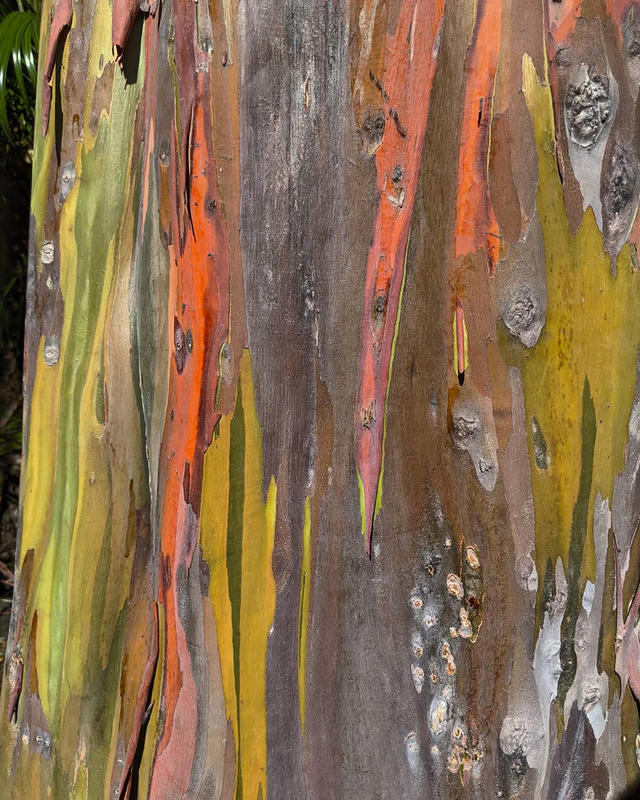 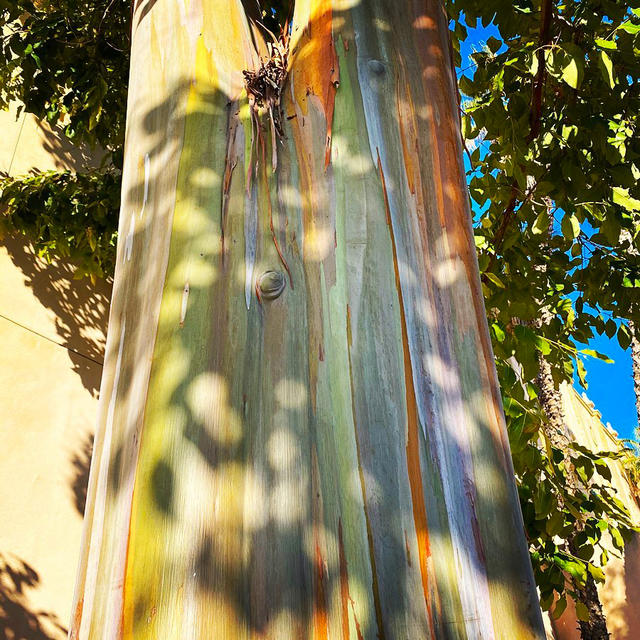