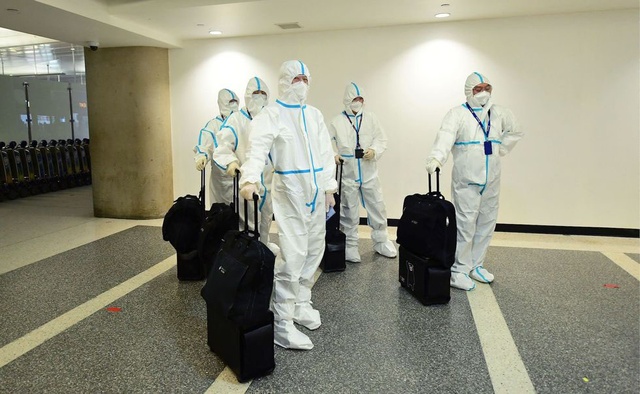 And in Los Angeles County, officials on Thursday confirmed 12 new Omicron cases, with 30 in total.

As reports of the Omicron variant mounted Thursday, medical experts in California said a wave of infections was all but assured. As of Thursday, there were more than 300 Omicron cases confirmed nationally, and at least 49 in California. Health officials said while the variant appears to pose less risk of severe disease, its rapid spread threatened to overwhelm hospitals. Statewide, the number of hospitalizations is now the highest in more than a month. Dr. David Pride, an infectious disease specialist in San Diego, warned against a false sense of security. “I can say with fairly high confidence that we are already in the midst of a surge," he said. S.D. Union-Tribune | L.A. Times | Mercury News

The Atlantic's Ed Yong, whose coronavirus coverage earned a Pulitzer, on Omicron: "The variant poses a much greater threat at the societal level than the individual one."

On Wednesday, an L.A. Times investigation revealed that the Medical Board of California reinstated 10 physicians who had lost their licenses for sexual misconduct. Two of those doctors abused teenaged girls. Another, a Bakersfield internist, reported his accuser to immigration officials in a bid to prevent her from testifying, records showed. Legislators are now demanding drastic reforms. “That’s evil, pure evil,” said state Sen. Melissa Hurtado on Thursday. “The board is severely broken.” L.A. Times 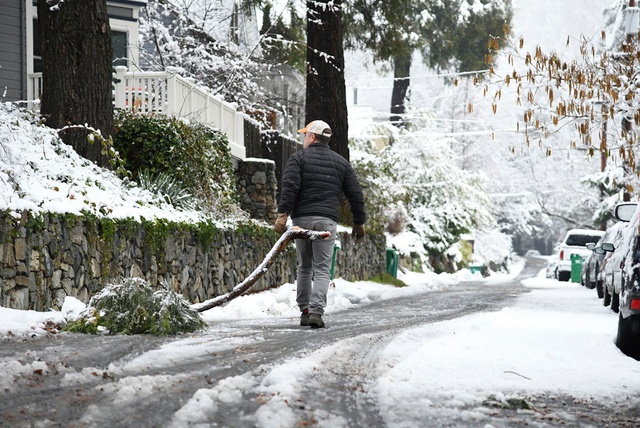 A resident removed a downed branch in Nevada City on Tuesday.

While hydrologists say this week's atmospheric river only nudged up the state’s water reservoir levels, it did wonders for the snowpack. On Dec. 10, before the storm, the Sierra snowpack was 19% of the historical average. As of Thursday, the figure was 97%. And the great thing about California's snowpack: It essentially acts as the state's largest water storage facility, replenishing depleted rivers and reservoirs after the winter.

On this week's California Sun Podcast, host Jeff Schechtman talked with Susan Handy, a professor of environmental science and policy at UC Davis. California leaders have big plans for billions of dollars in federal infrastructure spending. But Handy has concerns. "Highways — it really comes down to that," she said. "If you expand highways, you're effectively reducing the price of driving. And what do people do when the price of something goes down? They tend to consume more of it." 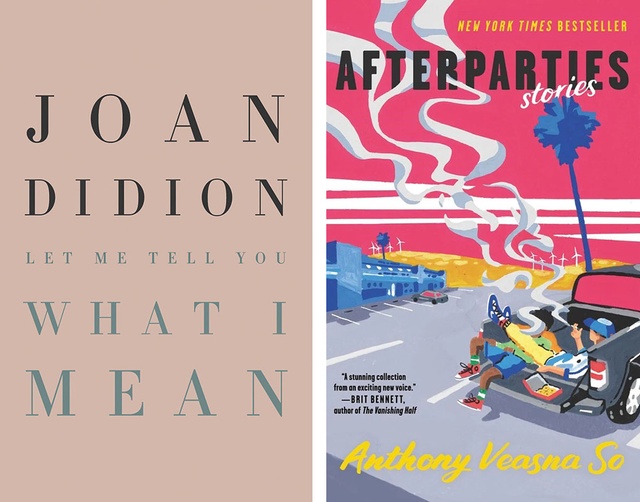 It's best-of-the-year-list season. The California Sun combed through roughly a dozen lists for best books of 2021 at places like Lit Hub and Goodreads and noted those that intersect with California. A few that got multiple mentions:

Other mentions:
“Damnation Spring” by Ash Davidson
"Something New Under the Sun" by Alexandra Kleeman
“The Contrarian” by Max Chafkin
“This Is Your Mind on Plants” by Michael Pollan

San Francisco this week became the first city in the country to require paid sick leave for cleaners, nannies, gardeners, and other domestic workers. The legislation allows workers employed by multiple households to earn slivers of sick leave from each employer and then consolidate them. Employers must pay into the fund. “I think these people have been taking care of people in San Francisco for a long time, and it’s about time we care for them,” said Supervisor Hillary Ronen. S.F. Chronicle | A.P.

One suspect was in custody and a manhunt was underway for a second after a California Highway Patrol officer was shot Thursday in Turlock, the authorities said. Officers cordoned off 10 blocks of the Central Valley city and told residents to stay indoors. CHP officers had been conducting an investigation when they came under gunfire, officials said. The wounded officer was expected to be OK. Turlock Journal | CBS13 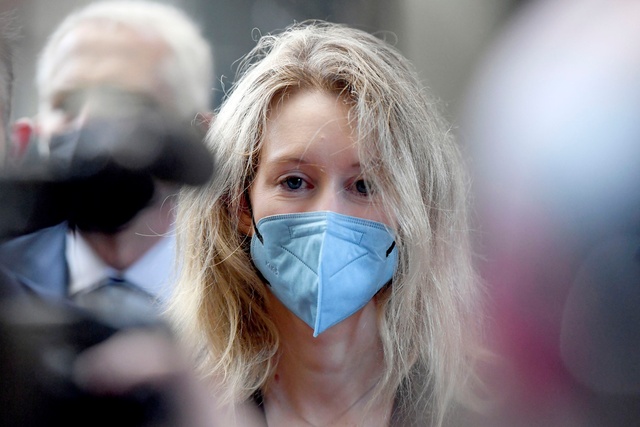 Elizabeth Holmes, the founder of Theranos, arrived at court in San Jose in August.

"Holmes grips a plastic cup of unappetizing green juice. Her first of the day, it is made from spinach, parsley, wheatgrass, and celery. Later she'll switch to cucumber. A vegan, she long ago dropped coffee in favor of these juices, which, she finds, are better able to propel her through her 16-hour days and seven-day weeks."

A gauzy 5,500-profile of Elizabeth Holmes by Fortune magazine in 2014 helped propel the Theranos founder to business stardom. It could now help send her to prison, after prosecutors forced Holmes to acknowledge falsehoods in the article. Washington Post 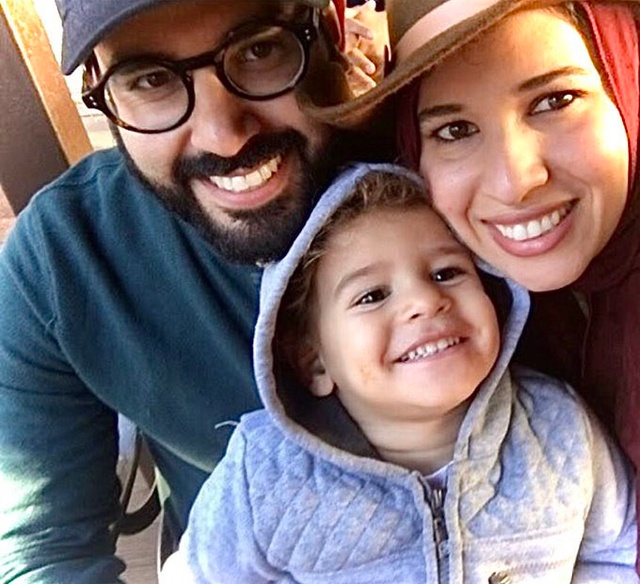 On Halloween night in 2019, Carlo Navarro, 20, was swigging Jack Daniel’s behind the wheel when his SUV jumped a curb at 70 mph and plowed into a young family out trick-or-treating. Joseph Awaida, an aspiring pediatrician; Raihan Dakhil, a dedicated social worker; and their cheerful boy Omar, 3, all died. Compounding the senselessness of the tragedy was the story of how Navarro obtained the Jack Daniel’s: from a liquor store clerk known for selling to underage customers. Long Beach Post 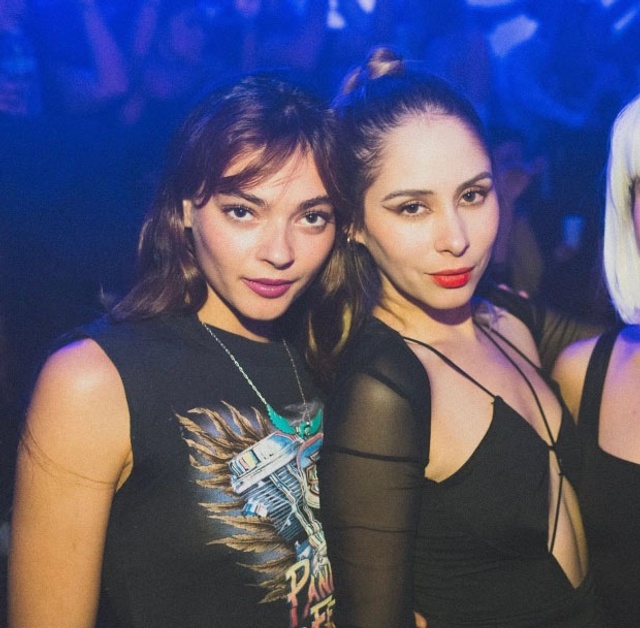 Los Angeles detectives arrested three men in the deaths of a young model and an architect who were dumped at two hospitals suffering from drug overdoses, officials said. According to police, Christy Giles, 24, was dropped off on Nov. 13 by men wearing masks in a Toyota Prius without license plates. Hilda Marcela Cabrales Arzola, 26, was left at another hospital a short time later. Both died. Reports said the accused men worked in Hollywood. New York Post | L.A. Times 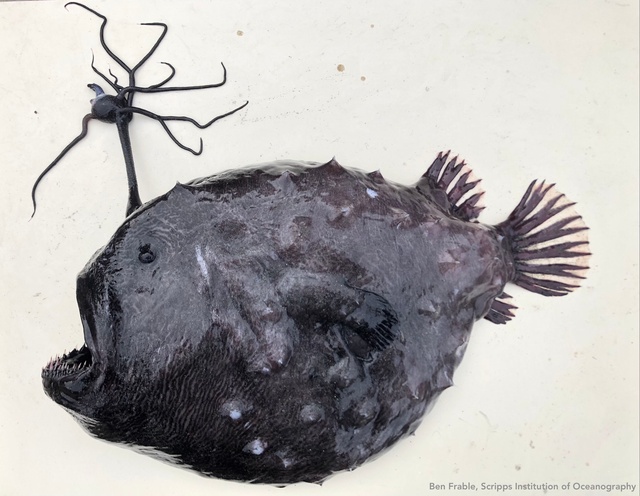 The lovely creature pictured above is an exceedingly rare Pacific footballfish found on the shores of Encinitas last Friday. A species of anglerfish, its unique features are adapted to deep waters beyond the sun’s reach, including a bioluminescent lure used to attract prey. Just 31 collected specimens are known to exist, yet three have washed up on California beaches in the last year. “It is very strange, and it’s the talk of the town among us California ichthyologists,” said Bill Ludt, an ichthyologist. L.A. Times