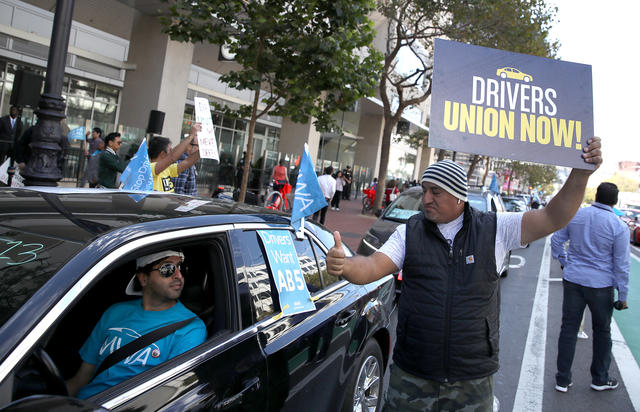 Drivers rallied outside Uber headquarters in San Francisco on Tuesday.

California legislators are about to act on a bill that would force employers to treat gig workers as employees, entitling them to better wages and benefits. On Thursday, Uber, Lyft, and DoorDash dangled the prospect of a long and costly fight if the law passes as is. They announced a $90 million war chest for a ballot initiative that would ensure they don't have to reclassify their workers. Labor leaders called it "the biggest anti-worker campaign in decades." S.F. Chronicle | A.P.

Uber says it pockets about 19 percent of rider fares. But a review of receipts found that it's more like 30. Jalopnik

A landmark California proposal could change the structure of college athletics. The measure would let athletes at California colleges and universities earn money through endorsements. The NCAA has threatened to disqualify the state's schools from competing for national championships if it passes, citing the uneven playing field it would create. "I think the entire system will have to change if this law passes," a sports lawyer said. A.P. 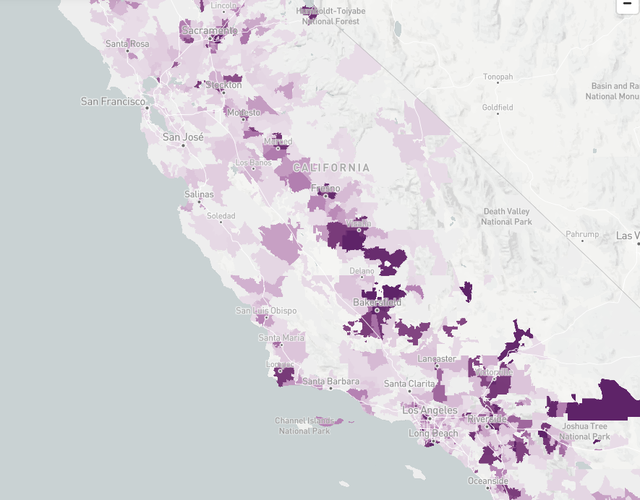 An L.A. Times map shows where you can afford to rent in California.

Financial advisers say you shouldn't spend more than 30 percent of your income on rent. The L.A. Times used Zillow data to create an interactive map that lets you plug in your income and see where you could afford to live. The ZIP code with the most units under $1,000 a month? Looks like southern San Bernardino County. L.A. Times

An analysis found that new teachers in Los Angeles would have to spend more than 85 percent of their income on the area's typical rent. City News Service 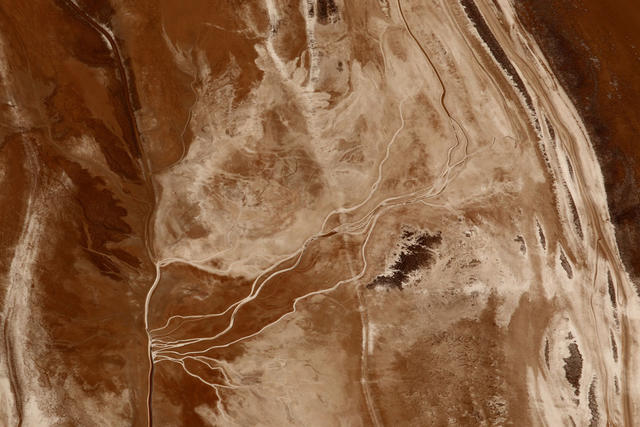 Colorful salt ponds are among nature's most visually captivating phenomena, and they are scattered throughout numerous basins across the West. With water diversions and less runoff from snowpack, lake levels have plummeted, making salt concentrations even higher. The result is an array of reds, rusts, and magentas caused by salt-loving microbes. Photographer Aya Okawa has made an art of capturing the tapestry from above. High Country News 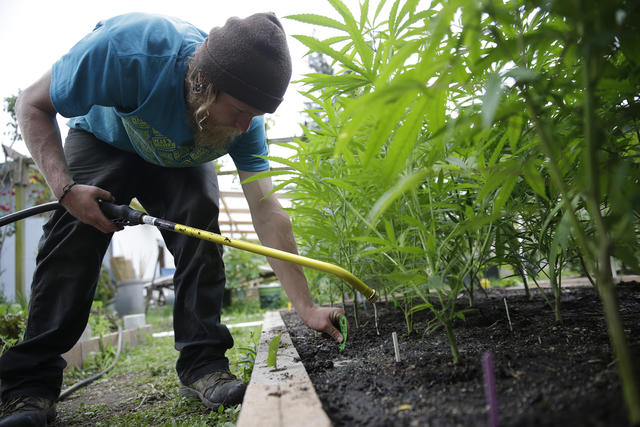 The 2017 legalization of recreational marijuana triggered existential dread in California's cannabis heartland, Humboldt County. But two years later, growers — both legal and not — say they're having their best season in years. "It's kind of a feeding frenzy, honestly," one entrepreneur said. One reason: cannabis-infused products like edibles, bath bombs, and mascara have proliferated rapidly, propelling demand for raw materials. Lost Coast Outpost

Illegal grows remain rampant in California's national forests, and they're leaving behind a trail of garbage and caustic chemicals. L.A. Times

A loose herd of cows is causing havoc in an upscale San Jose neighborhood and no one knows where they came from. The sauntering beasts have been mooing, tearing up lawns, and leaving behind gifts of unwanted fertilizer. "It's been almost every night, if not every night," a resident said. Mercury News 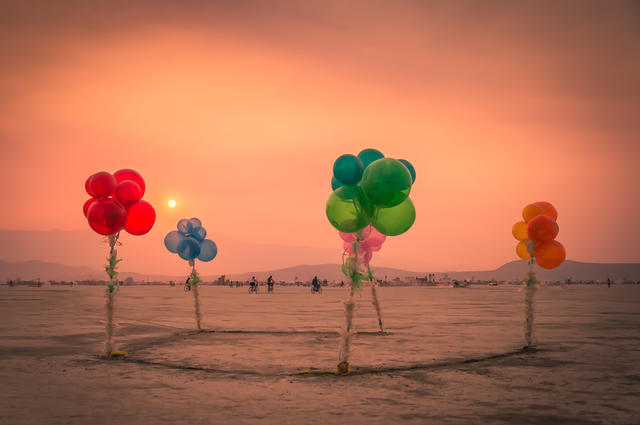 Balloons swayed in the Nevada desert breeze at Burning Man.

Burning Man, now underway, is more than a feast of art and revelry. Thanks to its rare gathering of superrich drug enthusiasts, it's also a crucial fundraising destination for Rick Doblin, the world's leading advocate for the medical use of MDMA. Among the donors to his project, headquartered in Santa Cruz, have been Groupon co-founder Andrew Mason, former Twitter executive Britt Selvitelle, and angel investor Cyan Banister. Techies, he said, "are more likely to challenge the status quo in everything they do." Bloomberg 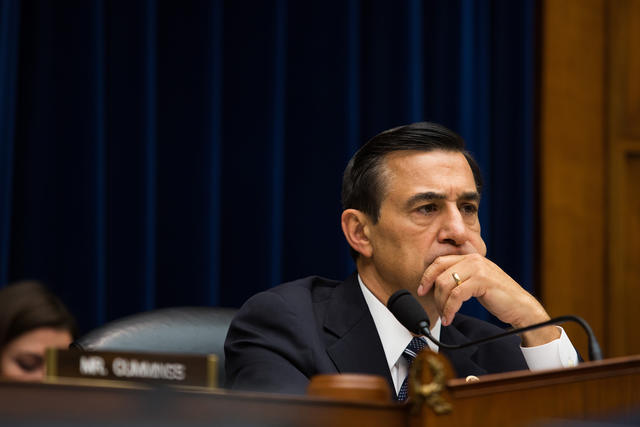 During his tenure, Darrell Issa was the wealthiest serving member of Congress.

Darrell Issa, a former Republican congressman from San Diego County, has moved toward challenging Rep. Duncan Hunter, who represents another district in the same county. Issa retired last year, then saw his seat taken by a Democrat. Hunter, also a Republican, would appear to be a vulnerable target: He's to be tried in January over accusations that he siphoned campaign funds to help facilitate extramarital affairs. Washington Post | Politico 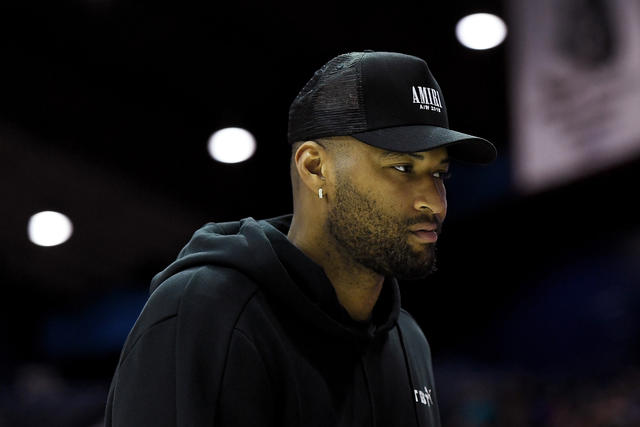 DeMarcus Cousins was accused of threatening to shoot his ex-girlfriend.

The mother of DeMarcus Cousins' young son released audio to TMZ purported to be an argument between her and the Lakers center. The male voice asks: "Can I have my son here, please?" After she refuses, he says: "I'm gonna make sure I put a bullet in your f—ing head." An arrest warrant was issued for Cousins, who played for the Warriors last year, on a domestic violence charge. TMZ | USA Today

To have your faith in humanity restored, watch this wonderful video of an Azusa man being brought to tears as his wife and five kids present him with a new Chevy pickup on his 60th birthday. After the video went viral, the Dodgers noticed Alfredo Valencia's Dodgers gear and gave the family game tickets. Twitter | CBSLA 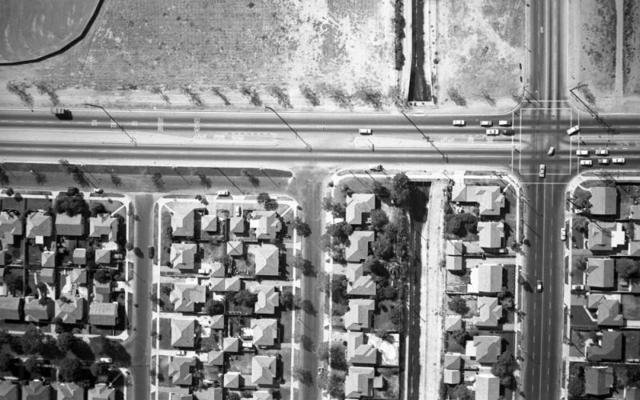 On this week's California Sun Podcast, host Jeff Schechtman talks with D.J. Waldie, author of the celebrated book "Holy Land: A Suburban Memoir." Waldie talked about the decline of the California Dream. "It leaves a lot of people my age and a bit younger uncertain if we want to stay here," he said. California Sun Podcast 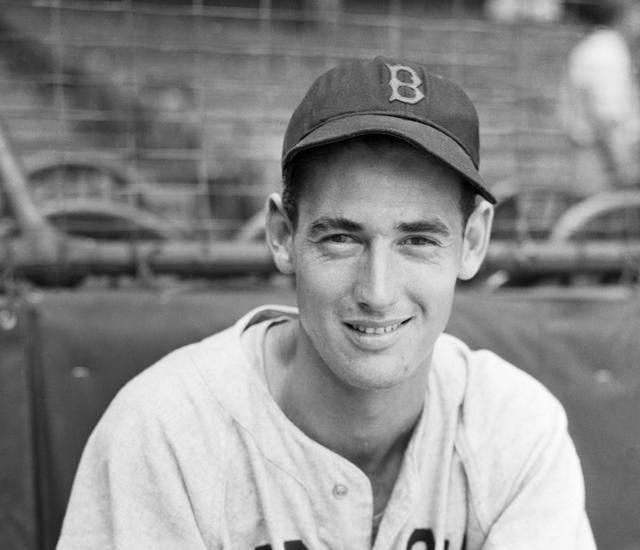 Born in San Diego on this day in 1918, Ted Williams was one of baseball's greatest hitters. He was also by many accounts an all-around amazing, if at times prickly, human being.

Williams was an accomplished fly fisherman, as proud of his exploits on water as those on the baseball field. He caught a black marlin in New Zealand and tiger fish in Mozambique.

He served as an aviator in both World War II and the Korean War, flying 39 combat missions in the latter with none other than John Glenn, the first American astronaut to orbit the Earth. Glenn later described Williams as one of the best pilots he knew. 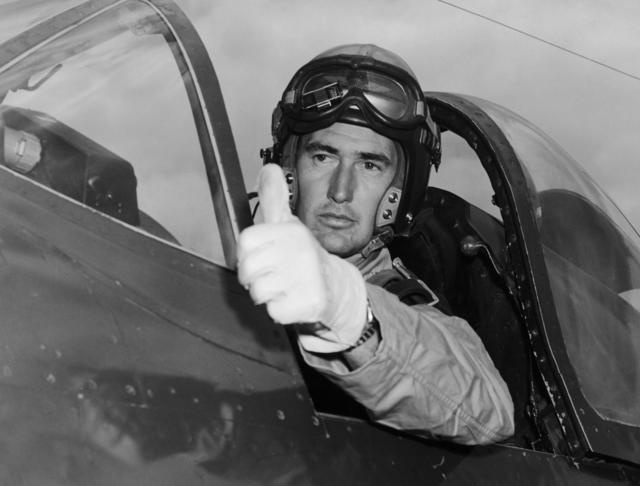 Ted Williams as a pilot during the Korean War, circa 1952.

Elected to the Baseball Hall of Fame in 1966, Williams used his speech to make a historic call for opening Cooperstown to players of color. "I hope that one day Satchel Paige and Josh Gibson will be voted into the Hall of Fame as symbols of the great Negro players who are not here only because they weren't given the chance," he said. The audience cheered.

In a remembrance of Williams after his death in 2002, N.Y. Times sports columnist Dave Anderson called the speech "perhaps his finest moment as a man." National Pastime Museum | N.Y. Times 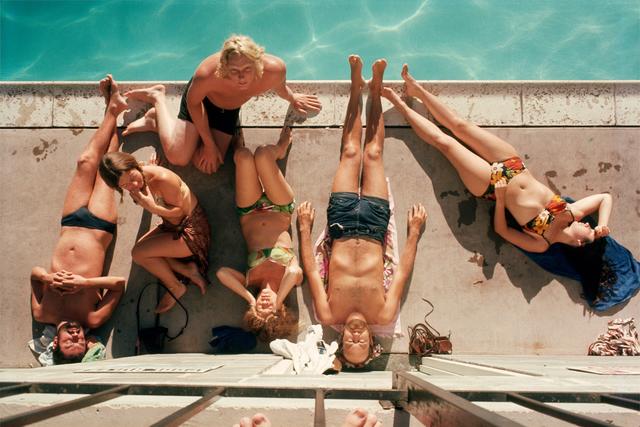