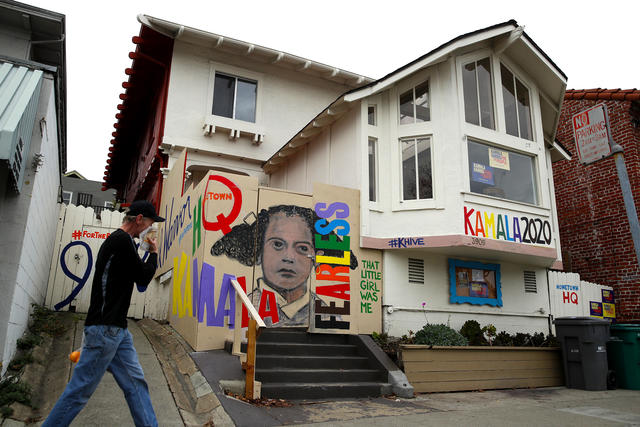 The Oakland campaign office of Sen. Kamala Harris on Thursday.

The political cognoscenti tried to diagnose what had doomed Sen. Kamala Harris after she announced the end of her presidential bid in what she called "one of the hardest decisions of my life." 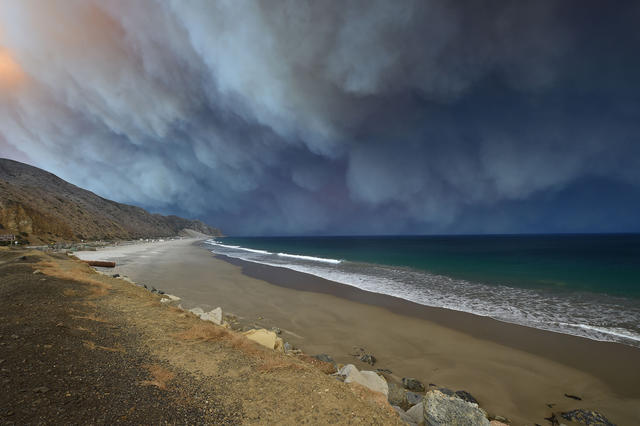 Smoke from the Woolsey Fire billowed over the Pacific in Malibu last November.

The graphics wizards at the N.Y. Times built a fascinating visualization comparing air pollution among the world's cities. Intensifying wildfires have been a bane for California. Last year, for example, Sacramento temporarily earned the title of most polluted city in the world. N.Y. Times

"You are perfect the way you are."

In 2016, California passed one of the most wide-ranging sex education laws in the country. But lessons on gender identity have rankled some families, with some even pulling their kids out of school. What supporters call teaching respect, detractors call indoctrination. Vox 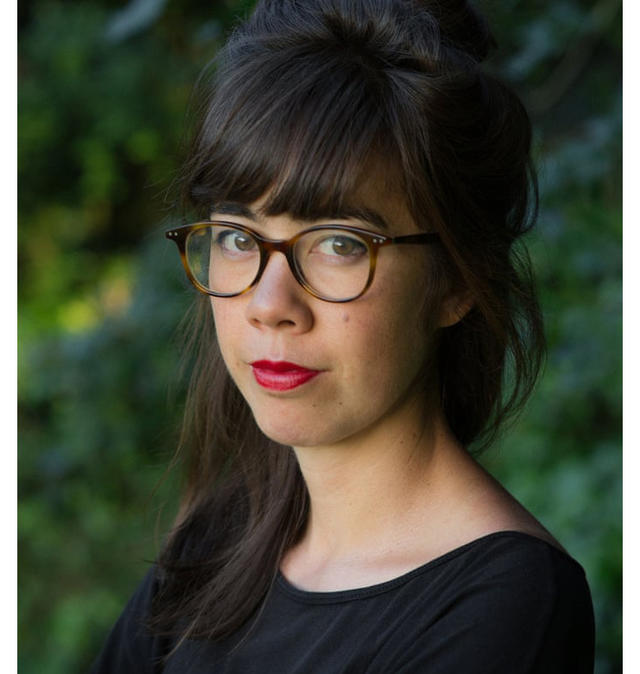 Jenny Odell wants us to rethink our vision of productivity.

Various publications have been rolling out best-books-of-the-decade lists, with a handful of selections that intersect with California. Literary Hub | TIME | Esquire 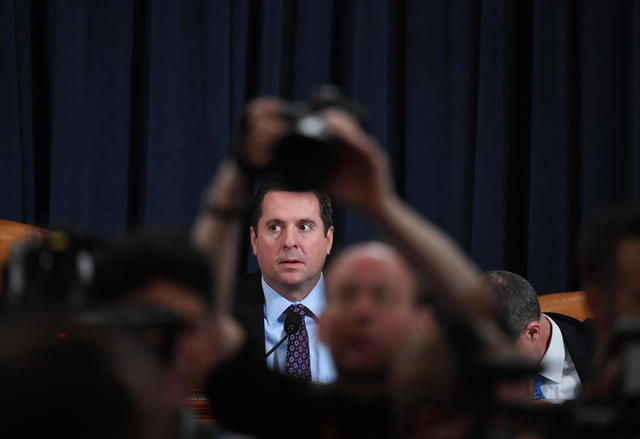 Rep. Devin Nunes during an impeachment inquiry hearing at the Capitol on Nov. 21.

Rep. Devin Nunes, the Central Valley Republican, is suing CNN for more than $435 million, claiming the news network published a "demonstrably false hit piece." The Nov. 22 story reported that Nunes met with a Ukrainian prosecutor to discuss digging up dirt on Joe Biden. CNN joins a growing roster of entities sued by Nunes, among them McClatchy, Fusion GPS, four of his constituents, and a fake cow on Twitter. Roll Call | Washington Post

Sergey Brin and Larry Page, the Stanford graduate students who founded Google, are stepping down from executive roles at Google's parent company, ending an era at the search giant. Sundar Pichai, Google's chief executive, will become the chief of both Google and Alphabet. N.Y. Times | WIRED

"Google is no longer listening." A group of fired Google engineers planned to file a federal labor complaint against the company. The Guardian | S.F. Chronicle 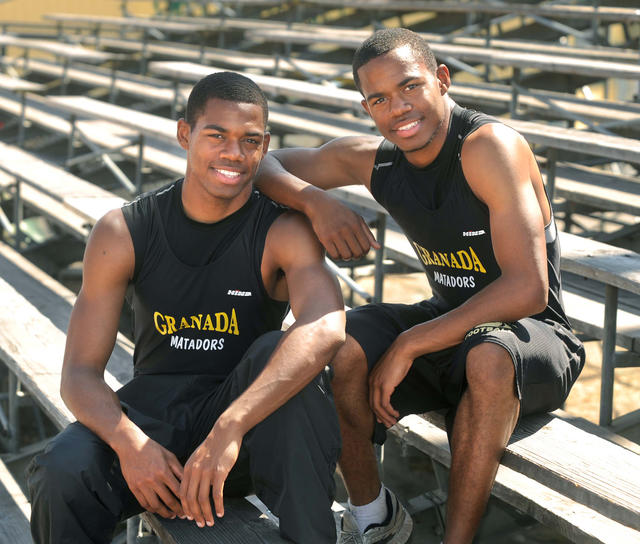 George Atkinson III, left, and his brother Josh Atkinson in 2009, when they ran track at Granada High in Livermore.

George Atkinson III, a former NFL running back and Bay Area native, died at the age of 27. The cause of death was not disclosed. Atkinson had been dealing with depression since the suicide of his twin brother late last year. In an open letter in October, Atkinson wrote, "That's the moment I felt I lost everything." Mercury News | S.F. Chronicle

The Bay Area's rolling fog is chilly, damp, rent-deflating — and, viewed from a distance, achingly beautiful. This collection of time-lapses by the photographer Simon Christen has been viewed more than 3 million times. Title: "The Unseen Sea." Vimeo 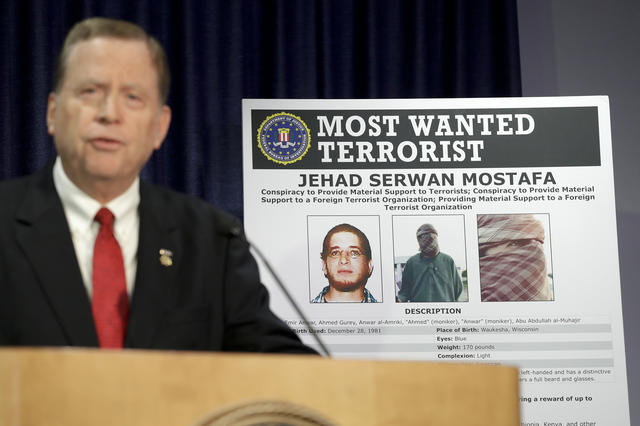 A San Diego man is now the "the highest-ranking American fighting overseas with a terrorist organization." The F.B.I. said it was re-upping a $5 million reward for information leading to the arrest of Jehad Serwan Mostafa, who left San Diego in 2005 at the age of 23 and joined the extremist militant group Al Shabab. N.Y. Times | Washington Post

Prosecutors were expected to seek at least a year in prison for Rep. Duncan Hunter. "I made mistakes and that's what today was all about," Hunter said after a hearing where he pleaded guilty to one count of conspiracy to misuse campaign funds. Sentencing was set for March 17. S.D. Union-Tribune | NBC News

A new transparency law requires California law-enforcement agencies to disclose records related to police misconduct and serious uses of force. But the Los Angeles County Sheriff's Department has been accused of resisting requests. In a lawsuit, the ACLU said it had sought records from 400 law-enforcement agencies across California. "LASD is the only agency in the state of California to deny the ACLU's request in its entirety." L.A. Times 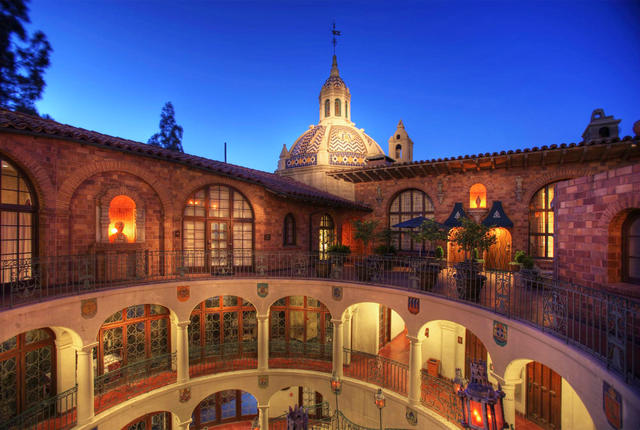 The Mission Inn is a historic landmark hotel in downtown Riverside.

A palace in Spain? No, a hotel in downtown Riverside. The magnificently eclectic Mission Inn began as a boarding house in the desert in the 1870s. Built over several decades by an eccentric millionaire, it grew into a small-scale Hearst Castle with courtyards, bell towers, chapels, fountains, arches, and winding stairways that occupies an entire city block. Ten presidents have signed the guest book. December is when the Mission Inn really shines, donning 5 million lights in one of the nation's most spectacular festival of lights. Press Enterprise | DESERT magazine

An earlier version of this newsletter misspelled the name of a California writer. She's Miriam Pawel, not Miram Pawel.