California is leading a new multistate lawsuit to block a Trump administration plan that would allow indefinite detention of migrant children. "The actions by this administration are not just morally reprehensible, they're illegal," said state Attorney General Xavier Becerra. "Children don't become subhuman simply because they are migrants." L.A. Times | Politico 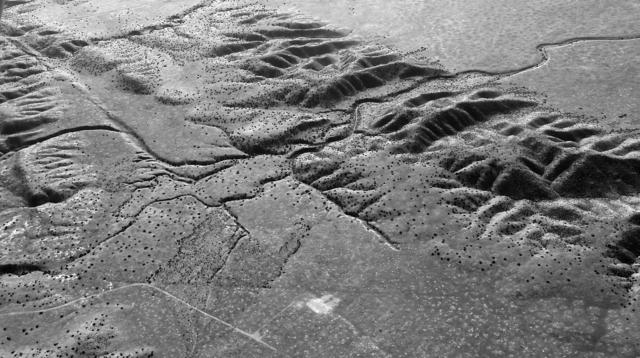 The San Andreas Fault is visible on the floor of the Carrizo Plain.

Scientists may have solved a seismic mystery: How do earthquakes begin? Using a massive catalogue of earthquake data, researchers determined that 72 percent of large quakes in Southern California between 2008 and 2017 followed distinct foreshocks that hit up to a month before the event. "We are progressing toward statistical forecasts, though not actual yes-or-no predictions, of earthquakes," a geophysicist said. "It's a little like the history of weather forecasting, where it has taken hundreds of years of steady progress to get where we are today." National Geographic | Popular Mechanics 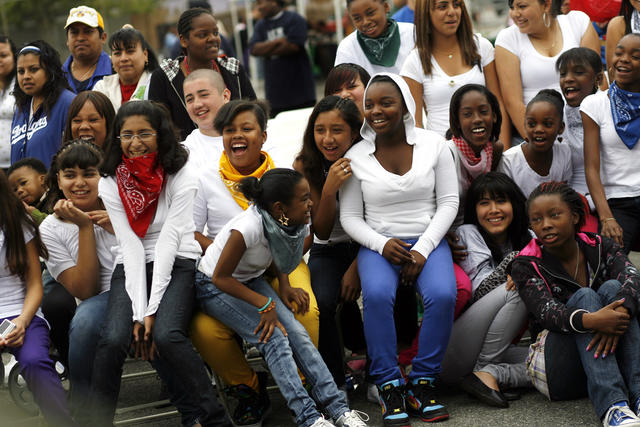 High schoolers in Southern California, where several counties are no longer majority white.

In California, 11 counties have shifted from majority white to majority nonwhite since 2000, according to a Pew Research Center analysis of Census data. The counties are scattered across the state, with the two biggest swings in Riverside and Stanislaus counties — which both saw declines of 17 percentage points in their white populations. Pew Research Center 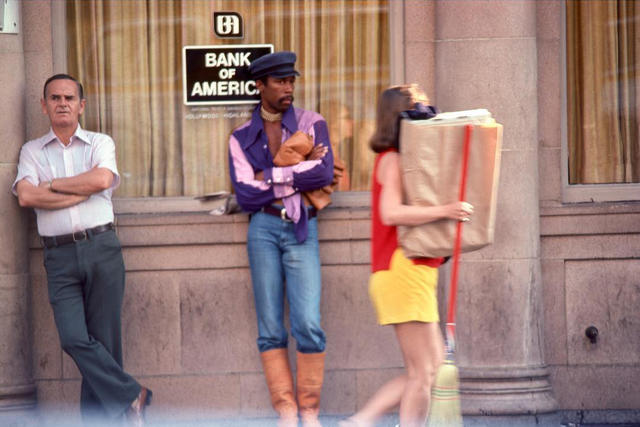 After serving in Vietnam, reggae historian Roger Steffens immersed himself in California's vibrant counterculture for the next half-century — often with "a camera in one hand and a joint in the other." His psychedelic story, wrote Timeline, "is a reminder of what is lost as our culture slips slowly into the corporatized oblivion of personal branding." The photos, curated in a photographic feed called The Family Acid, is one of the best things on Instagram. Timeline | Instagram

Steffens's images of 1970s Los Angeles depict a city that time is slowly forgetting. "I hope that people who see my photos get an appreciation for the ephemerality of life," he said. Curbed Los Angeles

A teenage girl's father, mother, and stepfather came home to their San Bruno residence to find the girl with a black teenager, authorities said. According to the boy, the adults then tied him up, assaulted him, and yelled racial slurs. Now they've been charged with a hate crime and other felony offenses. A family member of the suspects said they acted in self-defense. ABC7 | Mercury News

Scientists detected microplastic pollution in Lake Tahoe for the first time ever. Analyses of the famously clear water showed traces of synthetic fiber and bits of red and blue plastic no bigger than the head of a pin. "We're heartbroken and disappointed by this discovery," a researcher said. "We really hoped we wouldn't find much of this material in Tahoe's water, which is almost entirely snow melt." L.A. Times

A solo adventurer who rode a paddleboard from San Francisco to Honolulu said he saw plastic the whole way there. CNN

The Golden State Warriors unveiled their sparkling new arena in San Francisco after the team ended an era in Oakland. Among the features: The largest scoreboard in the NBA by far at a whopping 9,699 square feet, powered by 75 million LEDs. The arena's first act won't be the Warriors, however. Opening night on Sept. 6 will feature local boys Metallica. Mercury News | S.F. Chronicle

Stephen Curry showed up at a block party in Oakland and played pickup basketball with the locals. One guy drained a three over the N.B.A.'s greatest shooter in the moment of a lifetime. Mercury News | CBS Sports

The Lost Coast is 25 miles of rugged shore backed by peaks that rise up to 4,000 feet.

"No one comes here without intending to come here."

How wild is California's Lost Coast? Mountains hurtle into the sea near three active tectonic plates, and waves scatter driftwood along beaches reached by hiking trails that require consulting a tide chart. A travel writer explored the state's longest undeveloped coast and found a getaway as beautiful as it is rugged. N.Y. Times 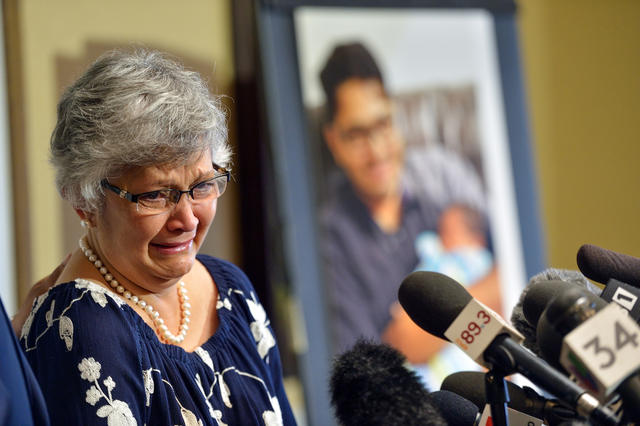 Paola French, the mother of Kenneth French, broke down during a news conference in Corona on Monday.

"I was pleading for our son and our lives."

At an emotional news conference, the parents of a man with schizophrenia who was fatally shot by an off-duty police officer at a Riverside County Costco described begging the officer not to open fire. The family acknowledged that Kenneth French, 32, likely pushed the officer, but said he posed no threat. They want the officer to be charged with murder. Press-Enterprise | A.P. 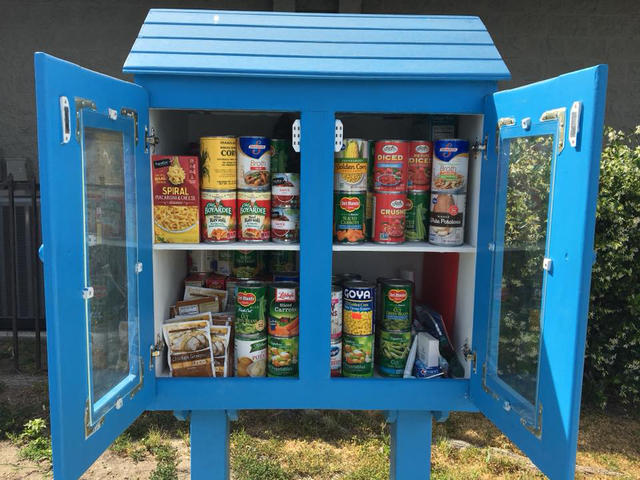 "Give if you can. Take if you need," says the Burbank Little Free Pantry.

It looks like one of those little, free street-side libraries. But the Burbank Little Free Pantry offers supplies like diapers, canned food, and condiments — at no cost. There are three of them across Los Angeles and the creators are hoping the idea catches on. LAist

Want to do a pantry on your street? Here is an FAQ. 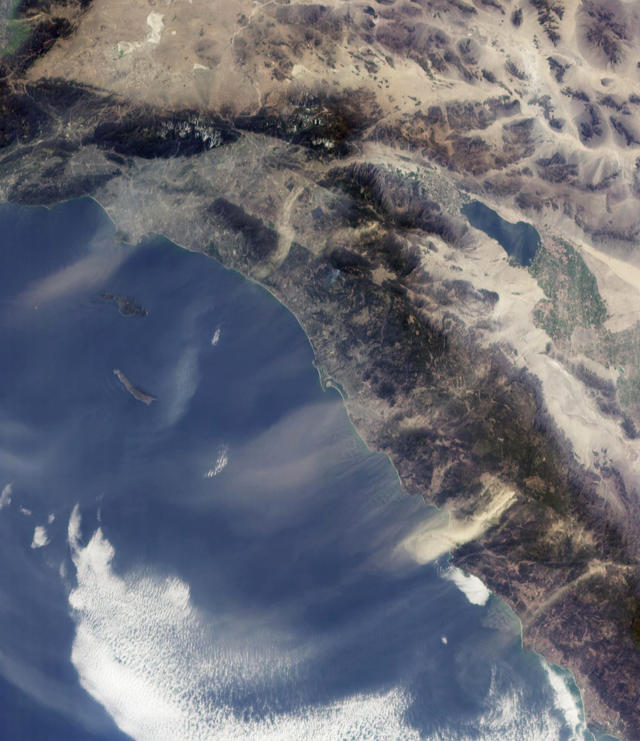 The Santa Ana winds swept across Southern California in 2002.

"On nights like that every booze party ends in a fight. Meek little wives feel the edge of the carving knife and study their husbands' necks."

Novelist Raymond Chandler may have been on to something in the passage above from his novella "Red Wind." Many people believe the Santa Ana winds have a negative affect on mood and behavior. In 2008, Los Angeles Magazine found a 22 percent increase in domestic abuse reports made to the LAPD during high winds.

Curbed Los Angeles, on the other hand, cited a meta-analysis that cast doubt on the mood-altering wind hypothesis. "The meek little wife Chandler evokes is a convenient lie," it wrote. "She's just a psychopath or has snorted too much cocaine." Curbed Los Angeles

"For over a century, Bakersfield and its tastes have grown alongside its immigrant work force," wrote the N.Y. Times's Tejal Rao. The latest example is a bustling Punjabi food truck that serves stuffed parathas — each "a $3 masterpiece" — to Californian truckers with roots in Punjab. N.Y. Times