The rain and snow forecast for Tuesday.

Winds gusted to more than 90 mph in parts of the Sierra Nevada on Monday, toppling a semitrailer truck and power lines, as the strongest storm of the season so far prepared to make a sweep across California. Forecast highlights:

The California Department of Motor Vehicles is making $50 million a year selling drivers' personal information, records showed. The data includes information that drivers are required to submit, such as names and physical addresses. It was unclear who was requesting the information, but other DMVs have made deals with LexisNexis, Experian, and private investigators. Vice

McDonald's agreed to pay $26 million to settle a long-running class-action lawsuit over wages and work conditions at locations in California. About 38,000 cooks and cashiers were represented in the lawsuit, which said the chain failed to pay minimum wages and barred rest breaks. O.C. Register | NPR 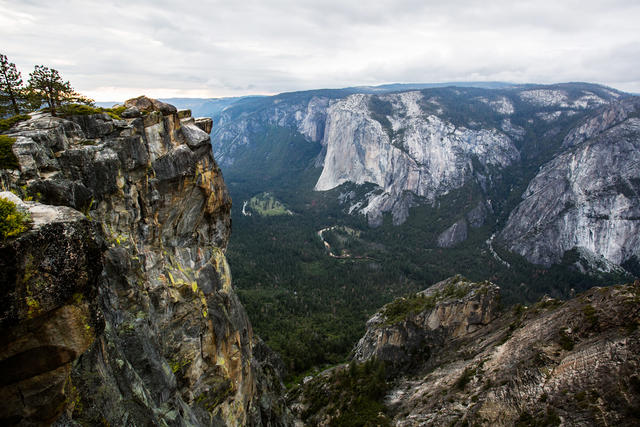 A view of Yosemite's Taft Point near a memorial for Dean Potter and Graham Hunt after they were killed BASE jumping in 2015.

"Flying your body close to terrain at 100 mph in epic mountain ranges is likely the most incredible thing humans do." 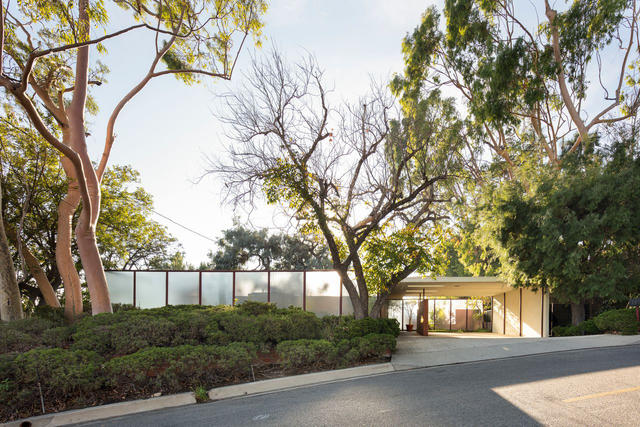 Case Study House No. 16 was part of an experiment in residential design between the 1940s and '60s.

Here are three architectural gems now up for grabs.

Habitat for Humanity announced that it would suspend homebuilding in Sonoma County and lay off about a dozen staff members after 35 years of service in the region. It cited a severe decline in contributions. "This is just such a tragedy," a Habitat official said. Press Democrat | North Bay Business Journal 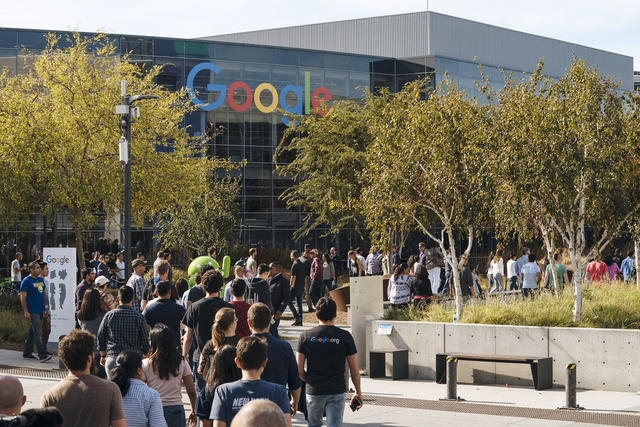 Google employees staged a walkout over the the company's handling of sexual misconduct claims last November.

Google fired four workers who had been active in labor organizing, escalating tensions at a company once revered for its freewheeling corporate culture. A company memo said the firings resulted from violations of data security policies. That explanation was disputed. "This is meant to scare workers," an advocacy group said. N.Y. Times | Bloomberg

San Francisco is losing another big corporate headquarters. After nearly a half-century in the city, Charles Schwab planned to relocate to the Dallas-Fort Worth area after a blockbuster merger with TD Ameritrade. In the last two years, McKesson, Bechtel, and Stripe have all made or planned moves out of San Francisco. A business leader blamed unpredictable tax policy, high rents, and challenges around homelessness and crime. S.F. Chronicle 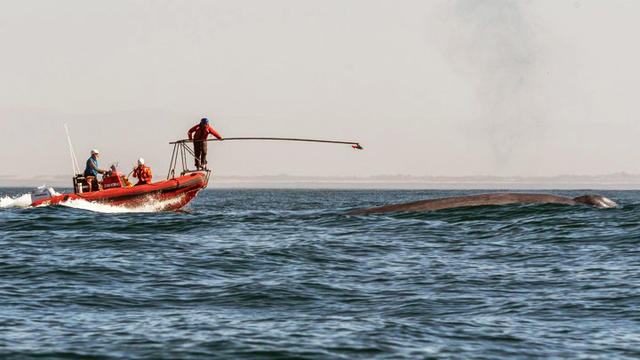 Researchers prepared to attach a heart monitor to a blue whale in Monterey Bay.

Researchers from Stanford became the first to attach a heart monitor to a blue whale, the world's largest animal, in the Monterey Bay. They discovered that the 70-foot-long marine mammal's heart constantly swings between extremes of speed. During deep dives the rate fell to just two beats per minute. That's compared to 37 beats per minute at the surface. Mercury News | The Atlantic 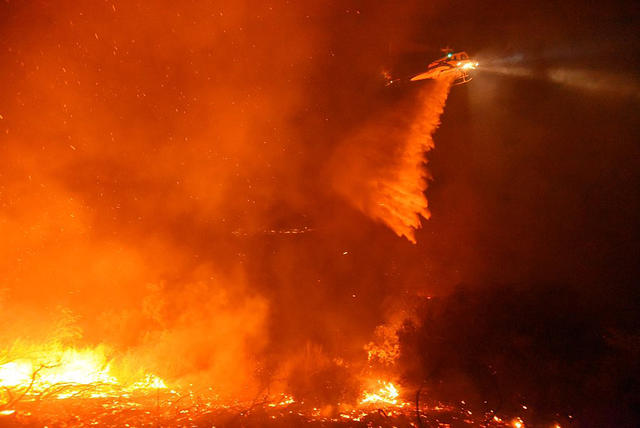 Widespread evacuations were ordered after a vegetation fire erupted midday Monday and spread rapidly through the mountains above Santa Barbara. By late Monday, the Cave Fire had spread more than 5 square miles. "Down canyon winds are really pushing it now," a fire official said. "It's a very dynamic situation." Noozhawk | KEYT

Now in charge of the border wall: Jared Kushner. Frustrated with a lack of progress, President Trump has made his son-in-law the de facto project manager. Kushner has told West Wing officials that it's crucial that at least 400 miles be built by Election Day. The wall adds to a remarkable portfolio of responsibilities for Kushner. He's been entrusted with striking a Mideast peace deal, taking a lead role on trade policy, overseeing criminal justice reform, and modernizing the government. Washington Post | The Week

The White House is planning to set up web cameras to livestream the border wall construction. Washington Post | The Hill 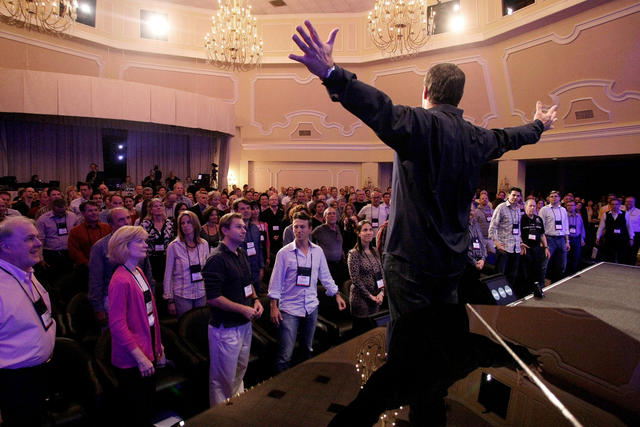 Tony Robbins motivated a crowd in San Diego in 2010.

BuzzFeed News is on its sixth installation of an investigation into Southern California self-help guru Tony Robbins — and the allegations seem to be getting worse. Numerous women have accused Robbins of sexual misconduct over three decades, including now, a high schooler at a summer camp. BuzzFeed News

Robbins said he was suing BuzzFeed for "following a premeditated and malicious campaign against me and my life's work." Medium 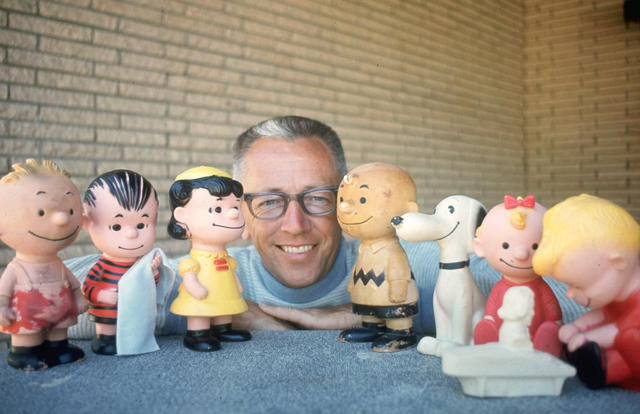 Charles Schulz with his Peanuts characters in 1962.

Charles Schulz, who spent much of his life in Santa Rosa, was born on this day in 1922.

The childhood world he created for Charlie Brown and the gang became among the most influential comic strips in history, with more than 355 million daily readers worldwide.

But one element of strip always bothered Schulz. He hated the name. Peanuts was chosen by an editor when the United Feature Syndicate first agreed to buy the strip. Schulz preferred the title Good Old Charlie Brown, but he was too inexperienced to stand his ground.

Years later, he said of Peanuts, “It's totally ridiculous, has no meaning, is simply confusing — and has no dignity. I think my humor has dignity." 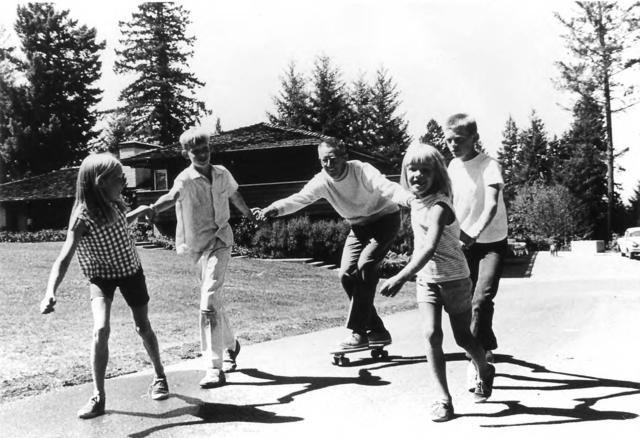 Schulz with his children in Sebastopol, circa 1960s, where the family lived for several years before moving to Santa Rosa.

But he didn't let the disappointment stop him. Schulz, who refused to let assistants ink or letter his comics, created his strip every day for more than 50 years, a singular achievement.

In 1999, after being diagnosed with colon cancer, he recalled pondering the plight of poor Charlie Brown as he signed his final Peanuts strip. No matter how many times Charlie trusted Lucy to hold a football for him to kick, she always pulled it away at the last moment.

His last cartoon appeared in Sunday newspapers on Feb. 13, 2000, just hours after Schulz died in his sleep. He was 77. As he had predicted, the comic strip outlived him. TIME 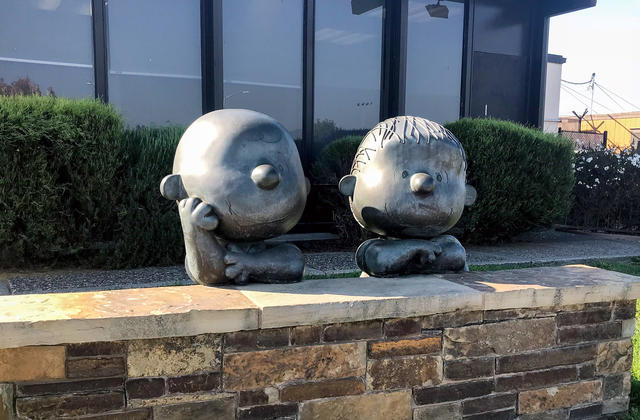 Santa Rosa is the land of Peanuts, with a Schulz museum and dozens of character statues scattered across town. California Through My Lens | Mercury News