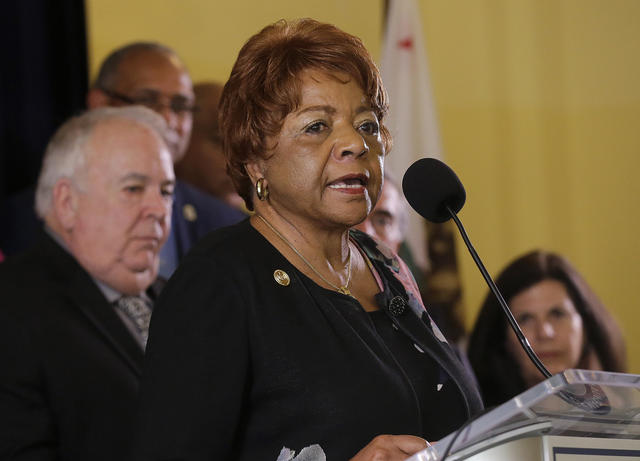 If Huffman's stances seem to run counter to the NAACP's mission, they align neatly with those of another group: corporate interests that have funneled $1.2 million into Huffman's consulting firm. CalMatters 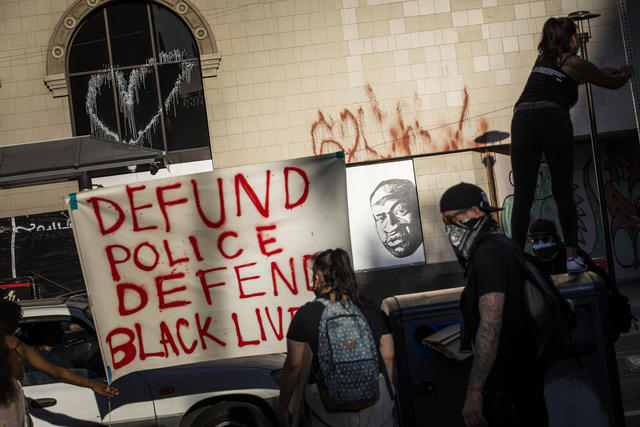 Protesters gathered in Oakland on June 3.

"Defund the police" became a rallying cry across the country after the death of George Floyd, and it appeared many cities would oblige. But a new analysis of big city budgets — including Sacramento, San Jose, and San Diego — found that more than half have actually increased spending or kept it constant. As a percentage of the general budget, Oakland is spending more on its police force than any surveyed city, followed close behind by Long Beach. CityLab

Gov. Gavin Newsom signed a law that requires California to house transgender inmates in prisons based on their gender identity. Research has shown that transgender women are far more likely to be sexually assaulted when housed among men. The law also requires that officers address transgender inmates by the pronouns of their choice. A.P. | CNN 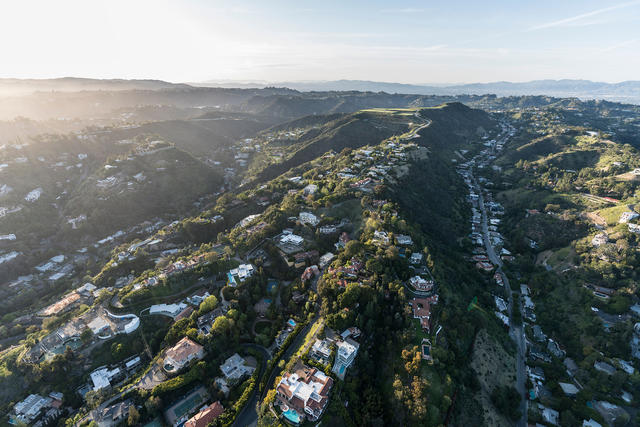 The L.A. Times analyzed who in California is donating to Joe Biden and Donald Trump. While Biden tops Trump in total fundraising, the president is only slightly behind in total donors. "Trump’s funds flowed from every region in the state: Republican enclaves in Orange and San Diego counties, but also in liberal pockets such as Malibu and Marin County." L.A. Times 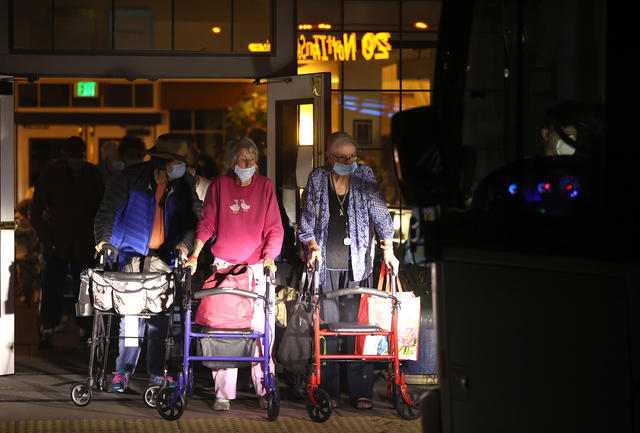 Driven by powerful winds, a group of wildfires spread rapidly Sunday night in California’s wine country, forcing frantic evacuations and burning homes at the egde of Santa Rosa — a city devastated by fire three years ago. Reports said the sky turned orange and rained ash as flames shot over nearby hills. Nursing home residents, some using walkers, were shuffled onto buses late into the night. Flames overtook numerous structures, including the Chateau Boswell Winery and Glass Mountain Inn, both in nearby St. Helena. Press Democrat | San Francisco Chronicle

A separate blaze crept toward Paradise, the Sierra foothills community wiped out by fire in 2018. The entire city was under an evacuation warning. Paradise Post

Further north, the Zogg fire exploded to 11 square miles in a matter of hours. It was less than 15 miles from Redding. Record Searchlight | Sacramento Bee

California's unemployment rate is now far higher than that of the nation. Many of the newly jobless tend to be older and more educated. A Safeway hiring manager in the Bay Area: “There’s so many overqualified people who’ve lost their jobs applying. Professors, I’ve had people with doctorates and masters. It’s really quite astounding.” Mercury News

The Bay Area may force workers at large companies to work from home three days a week as a way to slash greenhouse gas emissions. Supporters say the proposal, perhaps radical in normal times, has become more palatable with the expansion of telecommuting during the pandemic. “There is an opportunity to do things that could not have been done in the past,” said Oakland's mayor. S.F. Chronicle | NBC News 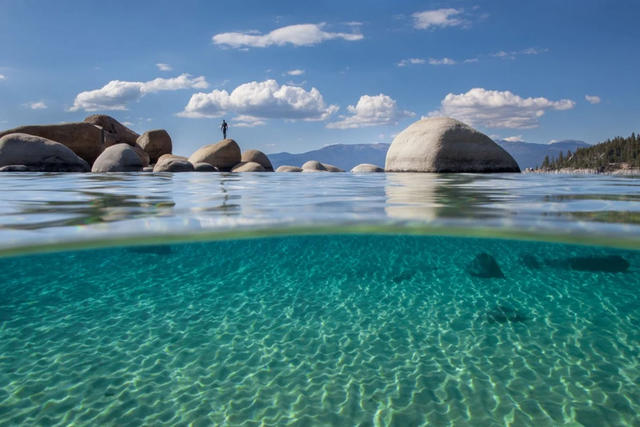 Lake Tahoe, the largest alpine lake in North America, dazzles from both above and below. The water, low in the sorts of nutrients that typically cloud lakes, is so clear that you can peer 70 feet into its depths. For a new project, the photojournalist Dylan Silver ventured into Lake Tahoe's underwater world, capturing its teal shallows, rounded boulders, and sunken treasures. Outside Magazine 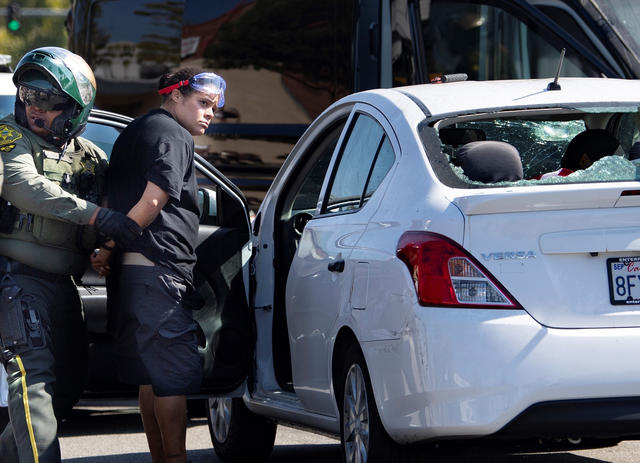 Tatiana Turner was arrested after being accused of plowing into a crowd of protesters.

The organizer of a protest against police brutality was charged with attempted murder over the weekend after, police say, she drove her car through a crowd in the streets of Yorba Linda, breaking a man's legs. The protest had descended into chaos as members of Black Lives Matter faced off with Trump supporters. A.P. | CBS LA

Video of the incident 👉 @desertborder

It was only the latest collision between vehicles and protesters. In Hollywood last Thursday, a vehicle plowed through a Breonna Taylor protest. That same day, a car that tried to steer through a Black Lives Matter crowd was chased and attacked. 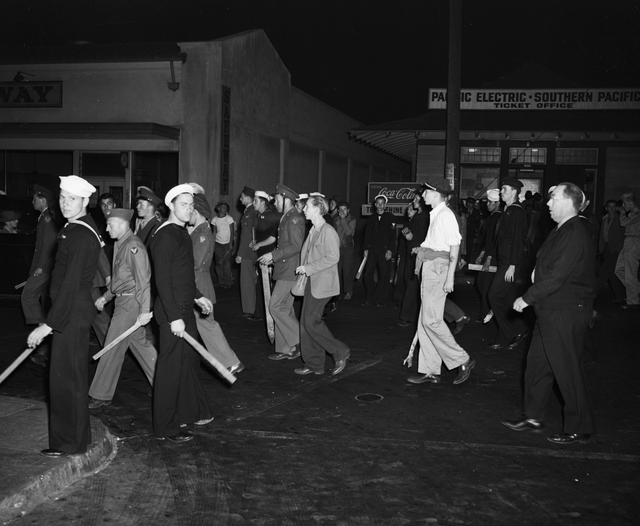 Uniformed men searched for targets during the Zoot Suit Riots in 1943.

The L.A. Times supported the wartime incarceration of Japanese Americans. It suggested that young Mexican-Americans roughed up by sailors during the 1943 Zoot Suit Riots deserved what they got. And for many years, the newspaper reinforced stereotypes of Black and Latino Angelenos as thieves, rapists, and killers. On Sunday, the newspaper published a reckoning over its racism that said, in part, "we apologize."

A woman snuck into the Malibu home of Joe Montana and tried to kidnap his 9-month-old grandchild from a playpen, officials said. A tussle ensued, during which the former quarterback's wife pried the child from the arms of the woman, who fled and was later arrested. “Scary situation," Montana later tweeted, "but thankful that everybody is doing well." A.P. | N.Y. Times 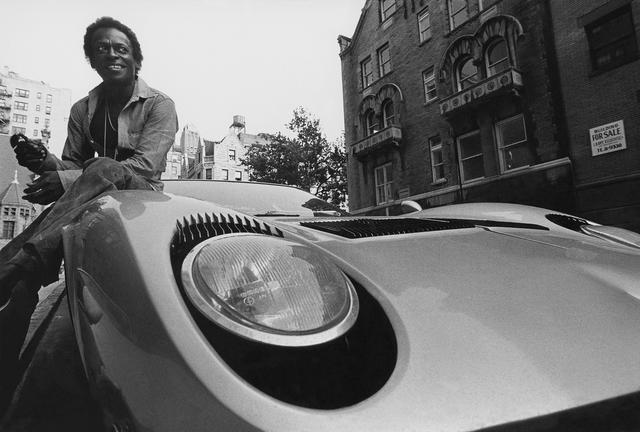 Miles Davis, on the hood of a Lamborghini, collected exotic cars.

Miles Davis lived his final years in Malibu. The jazz legend drove a yellow Ferrari and would get repeatedly pulled over by the police. "They ask me who I work for,” he said in a 1985 interview for SPIN.

Davis preferred living in New York, "where the shit is really happening," as he described it in his autobiography.

But he was drawn to the Pacific coast in his twilight years as he sought a quieter and warmer life. His brushes with law enforcement in the overwhelmingly white community left him embittered. He recalled how officers would sometimes accuse him of being drunk behind the wheel. Davis had by that time given up alcohol.

"It’s just racist," he said. "But we Black folks know about that. It happens every day to a Black person."

Davis painted and created music at his beachfront home until his death following complications from pneumonia on this day in 1991. He was 65.

One of the last albums he made was called "You're Under Arrest." It was a cry of frustration inspired by his interactions with the Southern California police.