The flap over Gov. Gavin Newsom's attendance at a Nov. 6 dinner party in Yountville widened on Wednesday as some of the guests were identified. Among them were two leading lobbyists for California physicians. The revelation heightened worries about damage to the credibility of the state's medical professionals, who have implored people to avoid such gatherings. Making matters worse: No one around the table wore masks. Politico | CalMatters 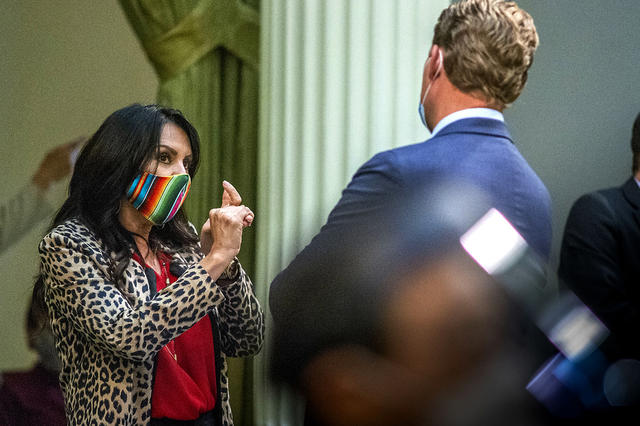 Assemblywoman Blanca Rubio and Assemblyman Chad Mayes both made the trip to Maui.

At least nine California lawmakers have now been identified among those who jetted off to a Hawaii conference in defiance of state warnings against travel. Republican attendees have spoken up, defending the gathering as serving the interests of small businesses. In glaring contrast, the Democrats at the conference have been largely silent. Politico | Sacramento Bee 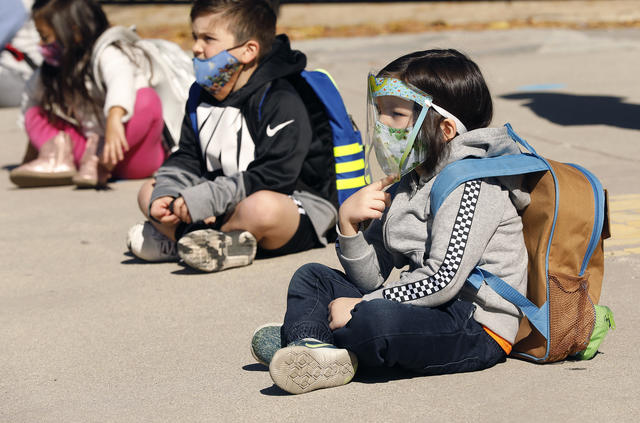 In California, science has guided whether to reopen hair salons and tattoo parlors. But for schools, community pressure and labor unions have played significant roles in reopening decisions that vary from county to county. Sending students back to the classroom will likely mean more infections. Yet distance learning has its own costs, wrote the S.F. Chronicle: "The achievement gap is widening, absenteeism is surging, and the well-being of more than 6 million children is at stake."

California schools chief Tony Thurmond: "I really think that now is a time for an abundance of caution." EdSource

Early in the pandemic, as state leaders braced for an economic meltdown, they raised taxes and cut spending. But the financial losses haven't been nearly so severe as predicted. The result, legislative analysts reported on Wednesday, is a staggering $26 billion one-time windfall. One reason: High-income residents have been relatively unscathed by the pandemic, while those hardest hit weren't paying much in taxes to begin with. A.P. | L.A. Times 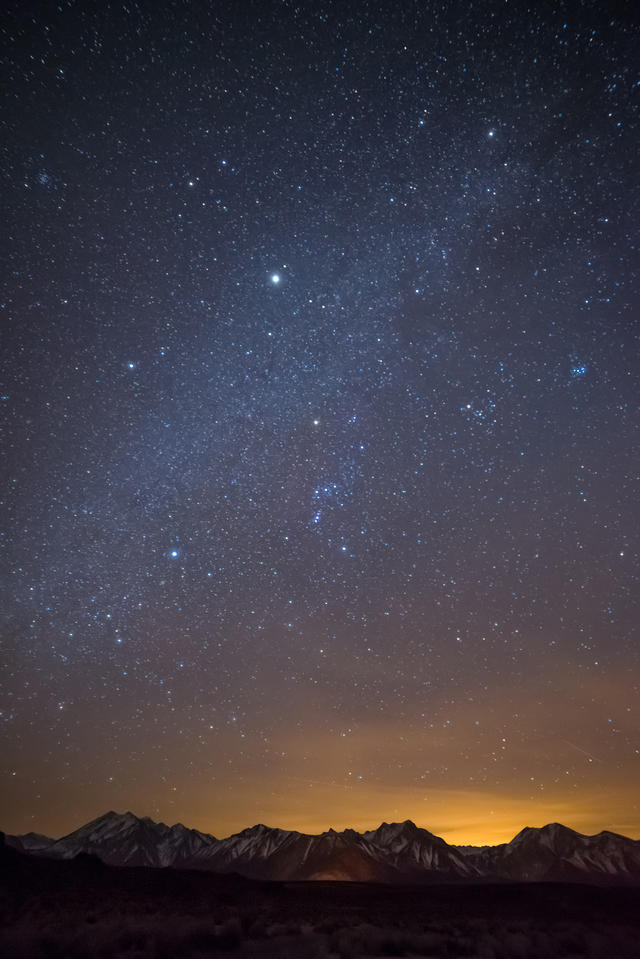 The view from Wild Willy's Hot Spring in the Eastern Sierra.

In the Eastern Sierra, you can do a lot better than a backyard hot tub. Lurking underneath the volcanic region surrounding Mammoth Lakes are roughly 240 cubic miles of magma. As snowmelt seeps into the earth, it resurfaces as heated water in countless natural hot springs, many at perfect hot tub temperature. Those located on public land are open to all. Go after nightfall and enjoy an added pleasure: views of the heavens as our ancient ancestors saw them under some of the darkest skies anywhere in California.

Roadtrippers put together a nice itinerary along what it calls “the hot springs highway.” 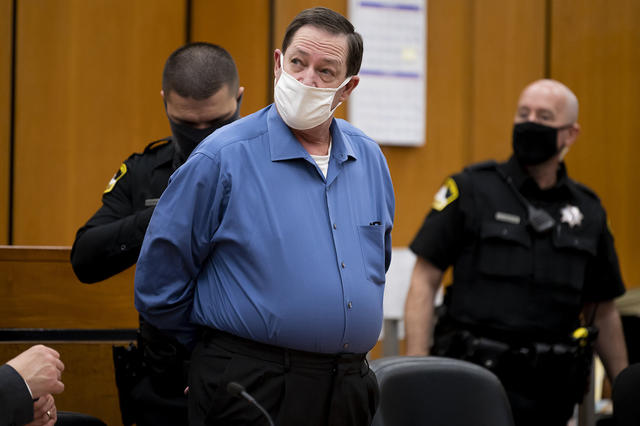 A man nicknamed the NorCal Rapist was convicted on Wednesday of a string of rapes across Northern California between 1991 and 2006. Prosecutors said Roy Charles Waller, 60, a former UC Berkeley employee, stalked his potential victims, slipped into their homes, and terrorized them for hours at a time. He took the stand in his own defense, but was unable to explain how his DNA was found at the crime scenes. Sacramento Bee | CBS13 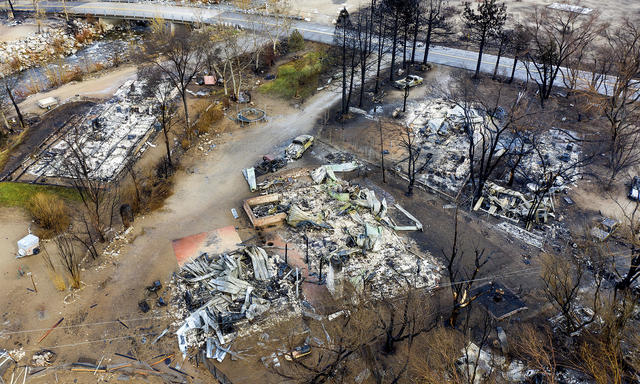 Much of Walker was a smoking ruin on Wednesday.

Rep. Devin Nunes, the Central Valley Republican, has now filed his eighth defamation lawsuit in two years. The latest, filed Tuesday, targets the Washington Post, which Nunes says made defamatory claims surrounding the so-called “midnight run,” when Nunes viewed classified documents he believed would buttress claims that the Obama administration spied on Trump Tower. Nunes' lawsuits, including one against a fictional cow on Twitter, have been repeatedly rejected by courts. Fresno Bee | Law & Crime

A video of a white woman's racist rant against a Black family in the East Bay was shared around the world on Wednesday. Geritt Jones and his sister Jarielle Jones got into a dispute with a neighbor, Adana Dean, over dogs in their upscale Discovery Bay neighborhood. Dean explained that were in a white neighborhood. "You know what?" she said. "You guys are acting like Black people and you should act like white people." S.F. Chronicle

Warnings over the coronavirus surge in Los Angeles County escalated on Wednesday as officials said hospitals are now in danger of being overwhelmed by patients. The number of hospitalizations has risen more than 70% in the last month. Unless things change, and quickly, the county's top health official said, “demand for ICUs will outstrip the supply of beds." L.A. Times | Daily Breeze 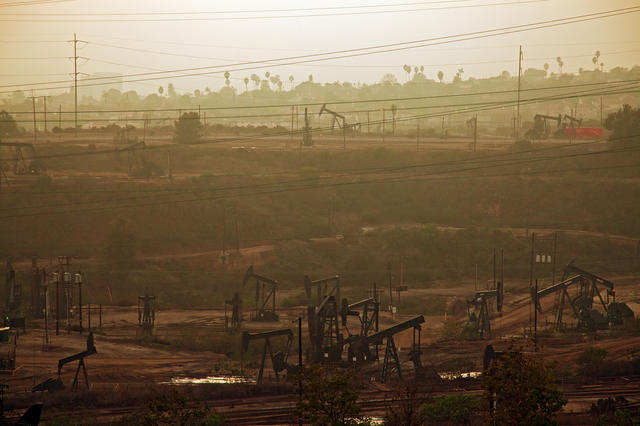 Oil wells in the Baldwin Hills area of Los Angeles.

Citizens of the Planet/Getty Images

In Los Angeles County, roughly 500,000 people live within a half-mile of an active oil well. Growing up surrounded by refineries, Josiah Edwards believes it's no coincidence that his entire family has asthma. He created a powerful video asking how a state that prides itself on environmental leadership can continue letting people be poisoned. N.Y. Times (~4 mins) 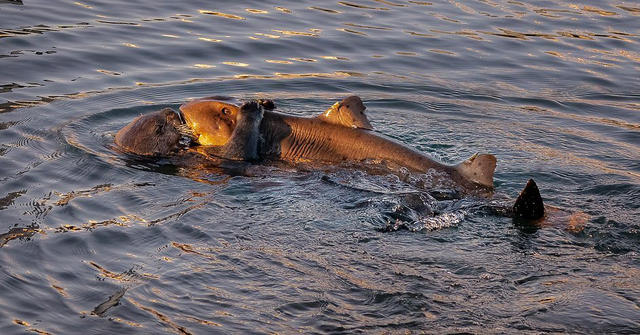 Onlookers were shocked to see a sea otter holding a shark.

A sea otter in Morro Bay was photographed last week with a large shark in its clutches. That is not normal. “There are reports of sea otters capturing skates and rays, but this is the first report of a shark," a sea otter biologist said. "Sea otters will feed on fish, but it’s a very rare observation in California.” USA Today | The Guardian

Wednesday's newsletter misstated the year when four dams are expected to be demolished along the Klamath River. It's 2023, not 2013.