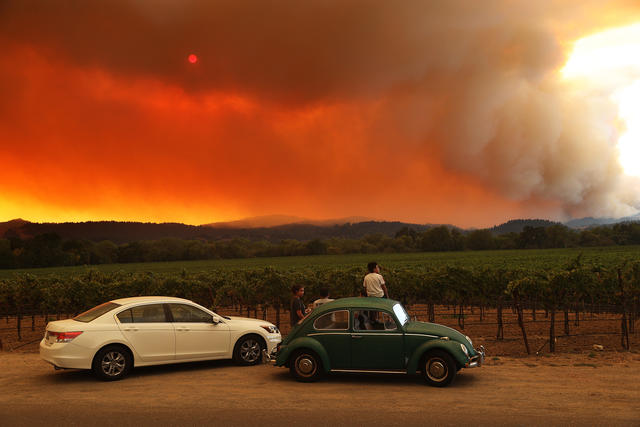 People watched the wildfire burning in nearby hills from Healdsburg on Thursday.

Four people died in a giant swarm of wildfires centered in wine country, officials said on Thursday. The blaze, known as the LNU Lightning Complex, doubled in size as fire officials acknowledged being overwhelmed by the breadth of the crisis statewide. “As we move forward, the resource pool we have is slim,” a Cal Fire incident commander said. “I do expect significant growth of acreage.” S.F. Chronicle | CBS SF | A.P.

LNU Lightning Complex by the numbers as of late Thursday: 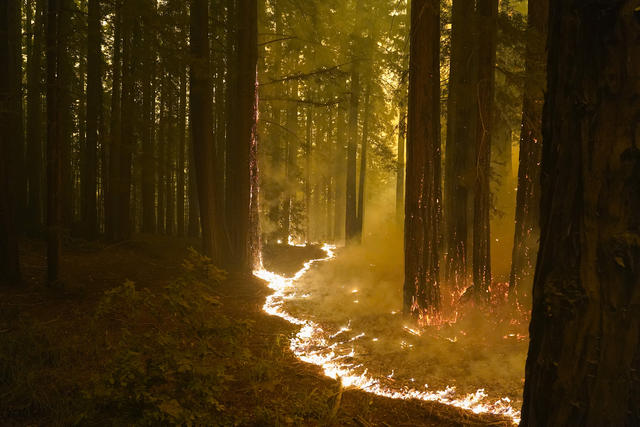 The CZU August Lightning Complex in Santa Cruz and San Mateo counties spread rapidly as winds hurled embers and sparked new hot spots. It covered 75 square miles, threatening Boulder Creek's historic downtown and forcing roughly 50,000 people to flee, including those at UC Santa Cruz. “It’s a historic event," a fire official said. “We have not seen fires burn like this in this unit for many, many years.” Santa Cruz Sentinel | S.F. Chronicle

A state official said the blaze swept through Big Basin Redwoods State Park, California's oldest, with severe intensity. A reporter and a photographer from the Mercury News hiked into the park in the Santa Cruz Mountains and found many of the giant redwoods seared by flames, with some toppled to the ground. The park headquarters, listed on the National Register of Historic Places, was reduced to ash. Santa Cruz Sentinel | KTVU 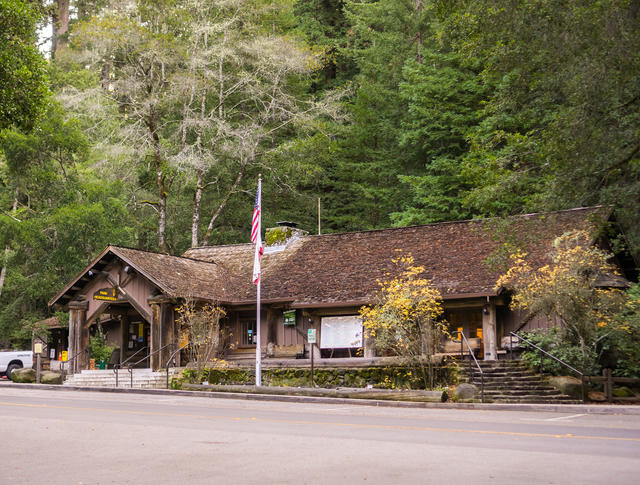 President Trump on the wildfires:

"And I see again the forest fires are starting. They're starting again in California. I said, 'You've got to clean your floors. You've got to clean your forests.' They have many, many years of leaves and broken trees and they're like, like so flammable. You touch them and it goes up. I've been telling them this now for three years, but they don't want to listen." The Hill | Politico 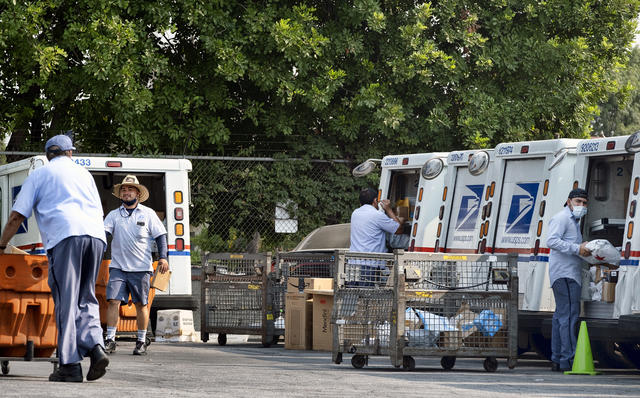 Postal workers loaded their vehicles in Los Angeles on Thursday.

Employees at California postal facilities described chaos attributed to recent cutbacks in staffing and equipment. "Inside a massive mail-sorting facility in South Los Angeles, workers fell so far behind processing packages that by early August, gnats and rodents were swarming around containers of rotted fruit and meat, and baby chicks were dead inside their boxes." L.A. Times

State legislators have tripled the number of proposals to curtail policing powers. They would rewrite how police manage protests, set terms for removing officers, and even require cops to restrain colleagues who step out of line. Taken together, the bills would amount to an unprecedented law enforcement overhaul, and police unions that would normally crush such efforts are staying out of it. Politico 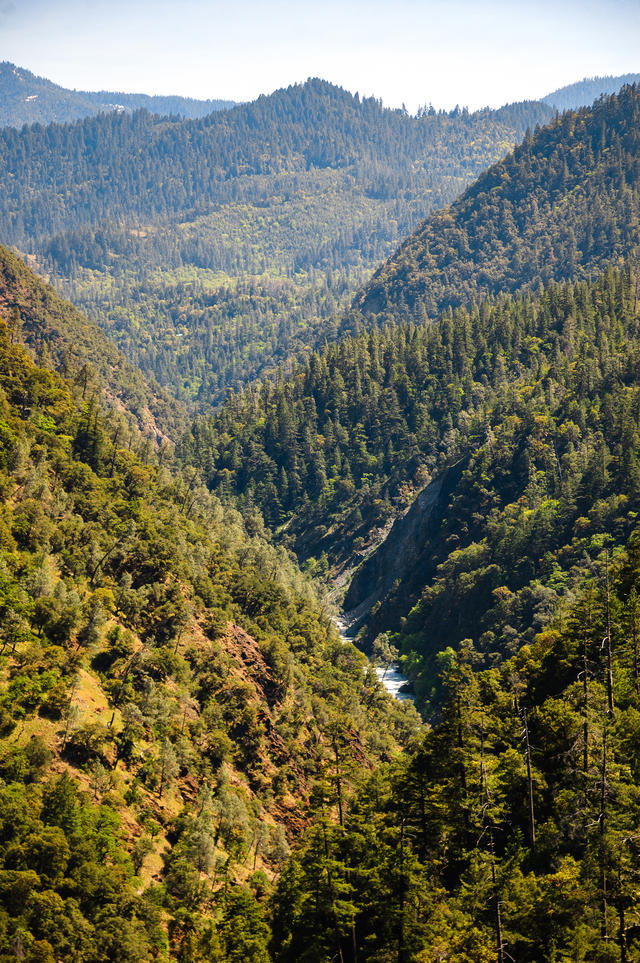 The Klamath River flows through the Six Rivers National Forest in Northern California.

For more than a century, four dams along the Klamath River have blocked hundreds of miles of salmon habitat, upending a way of life for Native American tribes that rely on fishing. In 2016, a hard-won plan to demolish the aging structures appeared to be a done deal. Now it's in doubt. At a tense forum this week, North Coast lawmakers accused the dams' owner of slow-walking the $450 million project. “This river is dying,” Rep. Jared Huffman said. “The fishery is dying. Your dam is causing a toxic concentration of algae that is the worst in the world.” Times-Standard | Lost Coast Outpost

A petition to grant endangered species protections to the western Joshua Tree is pitting two unlikely foes against one another. Environmental groups say the crazy-limbed succulents face an imminent threat from warming temperatures. Opposing them are renewable energy corporations who say the listing would hinder the solar and wind power projects that could mitigate the climate-change threat. Desert Sun | L.A. Times

Uber and Lyft will not suspend operations in California after all. Hours before a ride-hailing blackout was set to begin, an appeals court on Thursday told the San Francisco companies they could continue treating their drivers as independent contractors while they challenge an order to comply with a new state labor law. It's a major reprieve, but a temporary one. N.Y. Times | The Verge 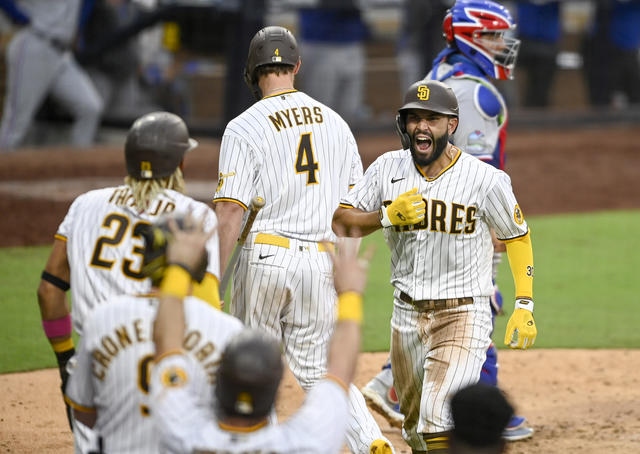 Eric Hosmer celebrated after hitting a grand slam against the Rangers in San Diego on Thursday.

The Padres on Thursday became the first team in major league history to record four grand slams in four consecutive games. In the fifth inning against the Texas Rangers, first baseman Eric Hosmer sent one over the fence with the bases loaded, helping lift San Diego to an 8-7 win and a four-game sweep. NBC San Diego | CBS Sports

Stephen Hillenburg was born on this day in 1961.

As a marine biology teacher at the Ocean Institute in Dana Point, he created a comic book called "Intertidal Zone" as an educational tool. He later studied animation at the California Institute of the Arts, then got a job at Nickelodeon, where he developed his "Intertidal Zone" characters. The result was "SpongeBob SquarePants."

The television cartoon became a $13 billion media juggernaut, but Hillenburg's original mission — to stir imagination at the wonders of the sea — was never far behind. Ahead of the release of a "SpongeBob" documentary in 2009, Hillenburg told the Washington Post that "the show came from something that’s precious, and that we need to appreciate it."

"Hopefully, if you watch ‘SpongeBob,’" he said, "you see the plankton and the crabs and starfish, and you’ll want to take care of our oceans.”

Hillenburg died in 2018 from Lou Gehrig’s disease. He was 57. His ashes were scattered in the Pacific.