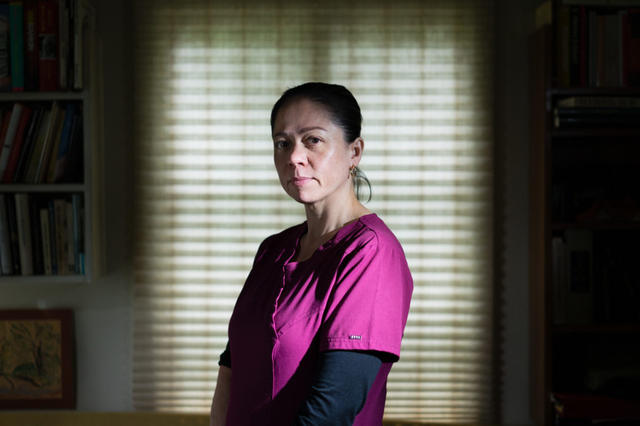 Julie Riduta, of Concord, says she suffered a miscarriage after her boss refused to give her time off.

An investigation of California's senior care industry found operators getting rich while exploiting caretakers, many of them poor immigrants who were effectively making between $2 and $3.50 an hour. Workers described working around the clock and sleeping in hallways. "Their entire business model is predicated on not making payroll," a labor expert said. "It relies on people being willing to work for 24 hours a day for less than a dollar an hour. Only trafficked people will put up with that."

Also: In California, it's illegal for care homes to continue operating if they have outstanding wage theft judgments. Reveal found 20 that are in business anyway.

A spectacular boom in e-commerce warehouses has stimulated inland California with tens of thousands of new jobs. But they come at a price: Physicians call the warehouse areas "diesel death zones," and jobs promised in tax break deals often don't materialize. Now a new bill would require local governments to publicly disclose the number, wages, and kinds of jobs promised in deals with companies like Amazon. Opponents say the rules would make California less attractive to businesses. 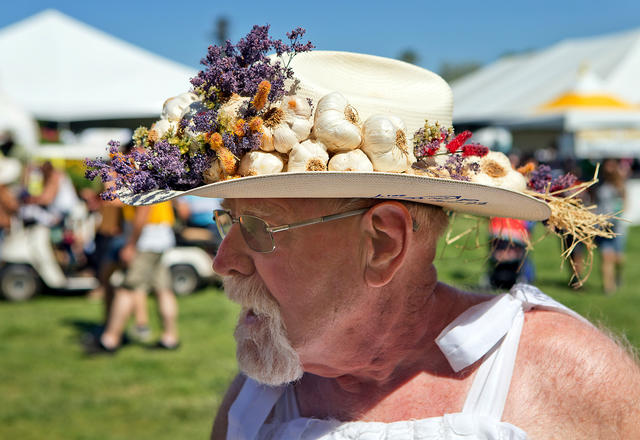 Gerry Foisy donned the appropriate attire for the Gilroy Garlic Festival in 2014.

Unlike millions of American farmers, one group is delighted by the trade war with China: California's garlic growers. While other farmers are suffering from the loss of international sales, U.S. garlic growers rely overwhelmingly on domestic sales. Tariffs on Chinese garlic increased from 10 to 25 percent on May 9. "In a perfect world, we'd love to see the tariffs stay on forever," said a grower in Gilroy.

A few snapshots of the wild weather across California: 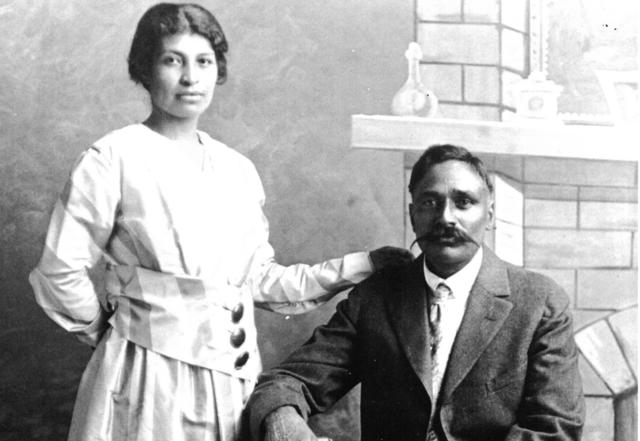 Valentina Alvarez and Rullia Singh in 1917. They were part of a cross-cultural wedding boom between Punjabi men and Mexican women in California.

Curry enchiladas and roti quesadillas — mashups of Indian and Mexican foods — sound like creations designed to go viral in 2019's globalized food scene. But their origins go back more than a century, arising from California's Punjabi-Mexican community.

Waves of Punjabi men came to farm California's Central Valley in the late 1800s and early 1900s. But strict immigration laws prevented them from bringing wives from India. That led hundreds of Punjabi men to wed Mexican women, who shared a rural way of life and who cooked familiar types of food. The birth of a blended cuisine was simply a matter of time. 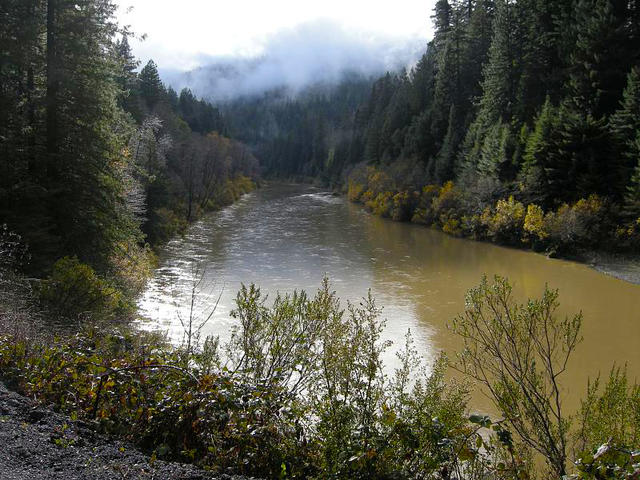 The hippies who moved to Humboldt County in the 1960s subsidized their existence with profits from cannabis. Now, in the wake of legalization, they face two options: try to operate in the legal market and risk bankruptcy or remain in the black market, which is being pushed ever further underground.

"This isn't a bike lane. This is a planning disaster."

A 27-second video posted to Twitter by a bike activist captured the dangers of being a cyclist on San Francisco's streets. In it, motorists are seen repeatedly and recklessly veering into the green-painted lane dedicated for cyclists. S.F. Examiner | Twitter

San Francisco is experiencing a spike in traffic fatalities. Fourteen people have died this year, including eight pedestrians, a skateboarder and a cyclist. S.F. Chronicle

In a highly unusual case, a Bay Area couple won court approval to use the frozen sperm of their dead son to produce a child. Peter Zhu died at age 21 after a skiing accident in February. The parents had his sperm retrieved and frozen at the same time he underwent organ donation surgery. The family has declined to comment on any plans with the sperm. "Our pain is something that no words can describe," Zhu's mother said. 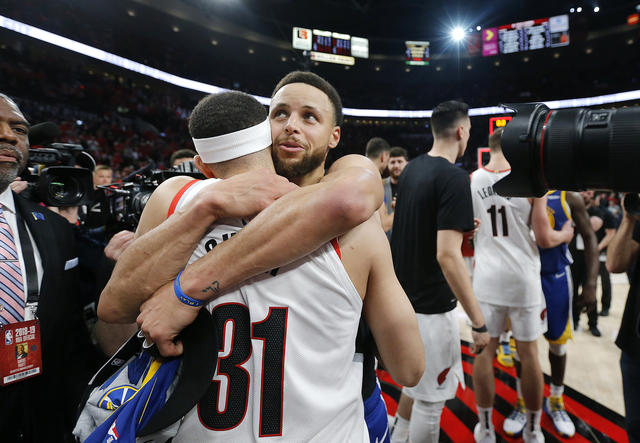 The Warriors completed a sweep of the Portland Trailblazers to clinch the N.B.A.'s Western Conference trophy. The team — which has coped with injuries and fatigue — has had to claw for every win, but ultimately demonstrated they remain a basketball superpower. They're now the first team in 53 years to advance to five consecutive N.B.A. Finals.

One of the more compelling storylines was the matchup of brothers: the Warriors' Stephen Curry and the younger Seth Curry of the Trailblazers. The Warriors posted a video on Twitter of them trading jerseys after the game. "We'll remember this for the rest of our lives," Stephen said later. 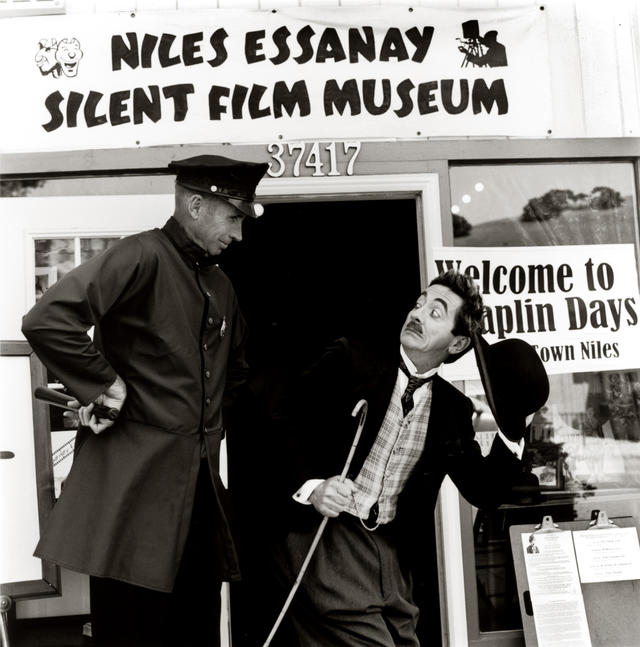 "Before Hollywood, there was Niles."

The tiny East Bay community of Niles was once America's film capital. A sleepy agricultural community, it was awakened in 1869 when railroad surveyors concluded Niles Canyon afforded an ideal route into the Bay Area. Years later, Gilbert Anderson stepped off the train and decided the town would be a perfect outpost for the western division of the Essanay Film Manufacturing Co. of Chicago.

Between 1912 and 1916, hundreds of silent movies were filmed in Niles Canyon. It was where Charlie Chaplin perfected his "Little Tramp" character. Eventually, the Essanay-West studio moved operations to Los Angeles, where it was absorbed into Warner Brothers, while Niles settled back into its rural rhythms. Today, it retains a small-town charm, brimming with antique stores and silent film-era history. Curbed included Niles on its list of 21 small Bay Area towns that you need to visit.

Los Angeles County's youth detention operation has grown increasingly dysfunctional. Fights and assaults have become daily occurrences, and it's gotten so chaotic that some officers are staying home. "We have way more than enough staff," a veteran officer said. "The problem is people aren't coming to work because they are afraid." 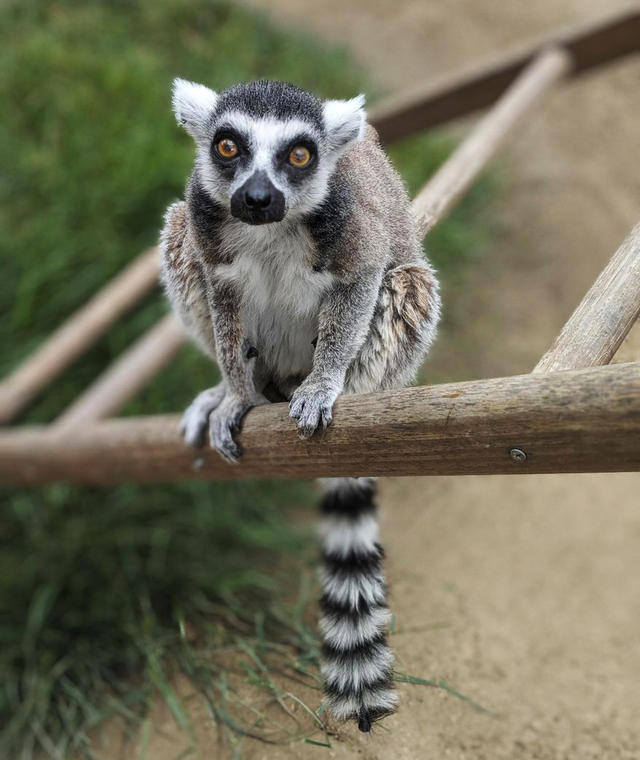 A Newport Beach teenager had the bright idea to steal an endangered lemur and keep it as a pet. Aquinas Kasbar, 19, used a pair of bolt cutters to get into the Santa Ana Zoo and made off with Isaac, a 32-year-old ring-tailed lemur. The next morning, after an apparent change of heart, Kasbar left the lemur in a crate outside a hotel with a note that read in part, "This belongs to the Santa Ana Zoo." Isaac is doing fine. Kasbar faces a year in prison.

Horse deaths at Santa Anita had quieted down for about six weeks. But in the past four days, two more horses have died at the storied track. The total since Christmas is now 25. With each death, calls to crack down on racing in California — or even ban it altogether — have been getting louder. 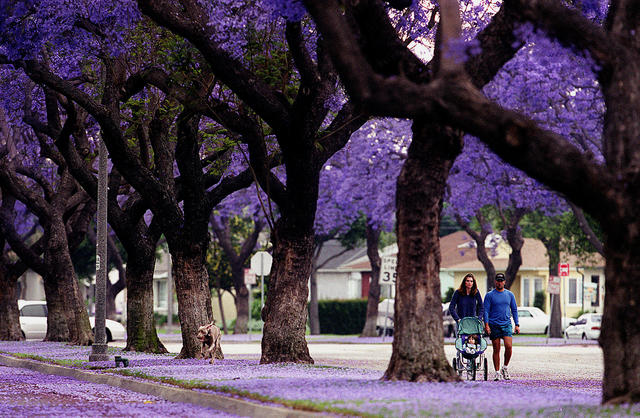 It's jacaranda season in Los Angeles, when the neon purple trees arch over the streets like giant puffs of cotton candy. They are not, however, native to California. Kate Sessions, the pioneering horticulturist who helped bring color to Southern California a century ago, is credited with importing the jacarandas from their native South America. The L.A. Times called them "as much a trademark of this region as the cherry blossoms in Washington, D.C." 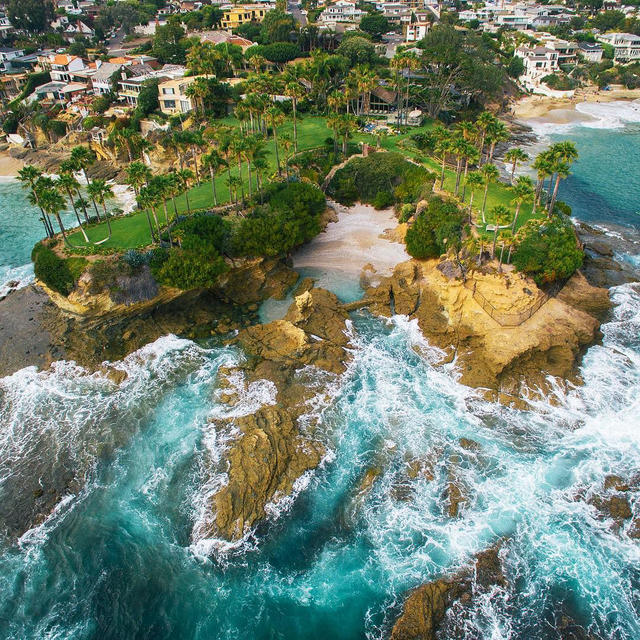 Laguna Beach dominates the rest of Orange County in the opulence of its real estate — by far. Topping all properties is Twin Points, pictured above. It sold in 2016 for the staggering sum of $45 million. Who bought it? According to a real estate blogger, it was Patrick Soon-Shiong, billionaire owner of the L.A. Times. Yolanda's Little Black Book

Subscribe for free at Californiasun.co to get must-read news about the Golden State in your own inbox.