Tree rings provide glimpses into droughts of the distant past: When widely spaced they indicate periods of wet soil, and when tightly spaced they indicate dry soil. Scientists who analyzed more than 1,500 tree-ring timelines across the American West found that the region is now experiencing a drought almost as bad as a megadrought in the 1500s whose severity has been described in biblical terms. The Guardian created a fascinating visual guide. 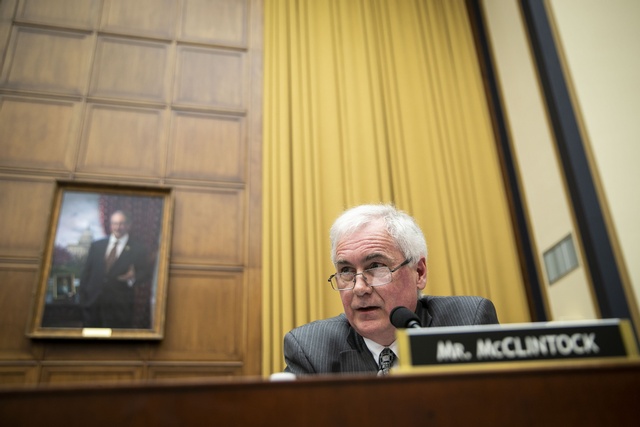 Rep. Tom McClintock was one of 14 members of Congress to oppose the Juneteenth holiday.

The bill making Juneteenth a federal holiday, signed on Thursday by President Biden, followed a smooth path through Congress. The Senate vote was unanimous. In the House, of 429 voting members, just 14 opposed the measure, all of them Republicans and most from Southern states. Two were Californians: Reps. Doug LaMalfa of Butte County and Tom McClintock of Sacramento County. “I don’t believe it’s healthy to reach into the dead past, revive its most malevolent conflicts and reintroduce them into our age,” McClintock said of the celebration of slavery's end. N.Y. Times | Sacramento Bee

An L.A. Times analysis of California voting data over the last two decades yielded some eye-opening graphics on the electorate's leftward shift. A comparison of how the major party candidates split the gubernatorial vote in 2002 and 2018 revealed that all but 11 counties swung toward the Democrat. In Los Angeles County, the leftward shift was 10 percentage points. In San Diego County, it was 13 points, and in Sacramento, 12 points. All this to say: Gov. Gavin Newsom seems to be on much firmer ground than was former Gov. Gray Davis when he was recalled in 2003. 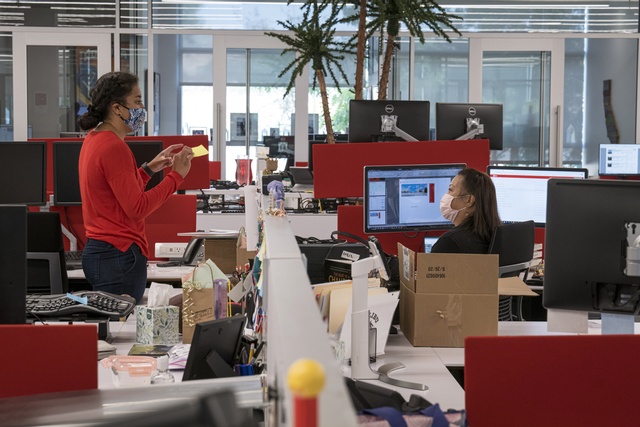 California regulators voted Thursday to let vaccinated workers take off their masks, bringing workplace rules in line with the state's reopening. The change would normally take 10 days to go into effect, but Gov. Gavin Newsom signed an executive order expediting it. Some labor leaders said the standards board acted prematurely. The move, said Mitch Steiger of the California Labor Federation, "will sicken many and likely kill some workers, particularly in rural areas." L.A. Times | A.P.

In January, a hacker who wanted to poison the Bay Area's water supply accessed a treatment plant by simply typing in a former employee's username and password. After logging in, the hacker deleted programs used to treat the water. No illnesses resulted, but the incident highlighted how vulnerable America's water supplies are. "If you could imagine a community center run by two old guys who are plumbers, that's your average water plant," a cybersecurity expert said. NBC News

The Sacramento County Sheriff’s Office acknowledged that it video recorded 14 privileged jail meetings between attorneys and their Aryan Brotherhood defendants last year, a startling admission made public as part of a lawsuit. A sheriff's lieutenant said the recordings of meetings were inadvertent and contained no audio. A defense lawyer responded: "If you believe that, I’ve got a bridge in Brooklyn for you.” Sacramento Bee | Mercury News 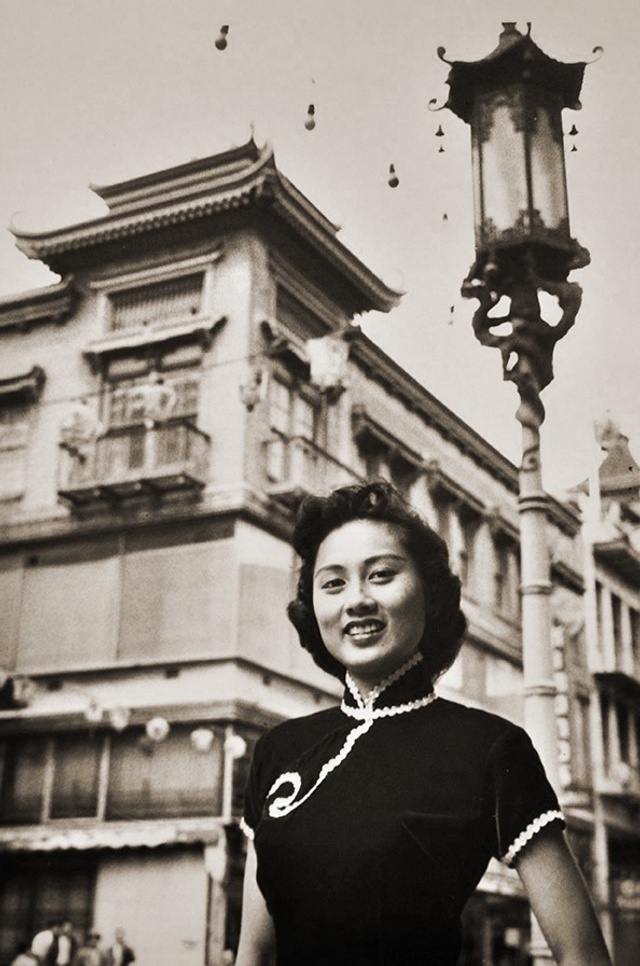 A contestant in the Miss Chinatown USA Pageant.

In 1979, the San Francisco Examiner dubbed Kem Lee “the Dean of Chinatown photographers.” For five decades starting in the 1920s, he chronicled nearly every facet of life in Chinatown with more than 200,000 photos — weddings, beauty pageants, parades, and visits from luminaries such as Duke Ellington, Bruce Lee, and Cary Grant. Yet his work has largely slipped through the cracks of popular memory. The journalist Charles Russo dug up some great photos. 👉 The San Franciscan

On this week's California Sun Podcast, host Jeff Schechtman talks with Steve Wasserman, the publisher of Heyday Books in Berkeley. He talked about the literary provincialism on both American coasts, in which Californians nurse resentments over a perceived lack of respect and East Coasters imagine themselves as the end-all and be-all. "So whenever I'm in California, I want to defend New York," he said. "Whenever I'm in Manhattan, I want to defend California." 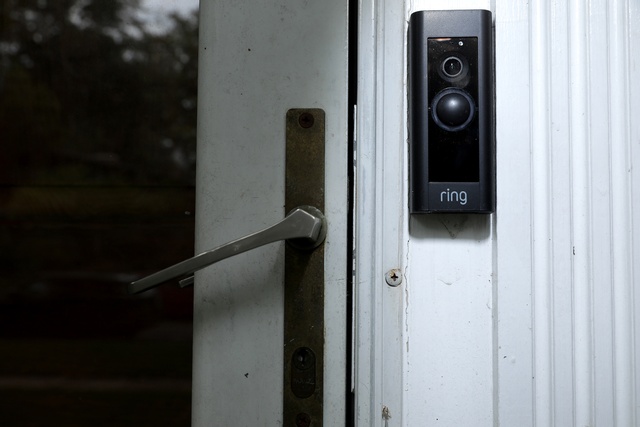 The home surveillance company Ring essentially turned the LAPD into a brand ambassador by giving at least 100 officers free and discounted devices and encouraging them to promote the products. The giveaway poses an ethical problem, experts said: When freebies give officers motives other than public service, citizens are left wondering whether they can trust their public safety advice. L.A. Times | The Verge

“I just love being a helper and to serve others wherever I am.”

During the darkest months of the pandemic, someone in every hospital had to collect all of the bodies of Covid-19's victims. At Loma Linda University Medical Center, that person was Karl, a deeply private man who didn't want his last name used or his photograph taken for an article. The reporter Maria L. La Ganga wrote a moving portrait of one of the pandemic's quiet heroes. L.A. Times 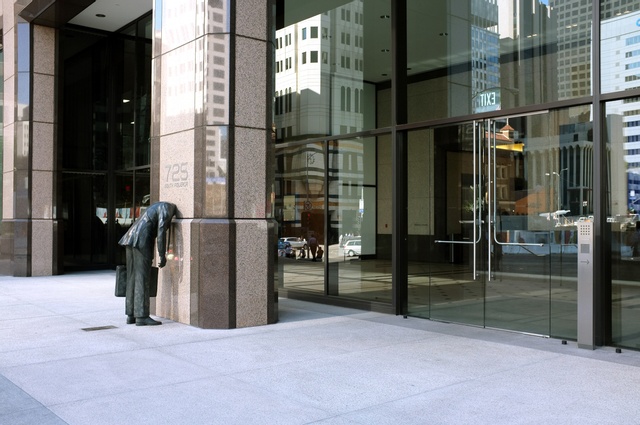 ☝️ There's a figure of a 7-foot-tall man with his head lodged in a wall in downtown Los Angeles. Created by the artist Terry Allen in 1991, the anonymous businessman known as Corporate Head is installed outside an office tower with an accompanying poem that reads in part, "They said to become concrete and I became concrete." As Californians return to their commutes and offices this summer, the work expresses a recognizable lament — at once funny and achingly poignant. 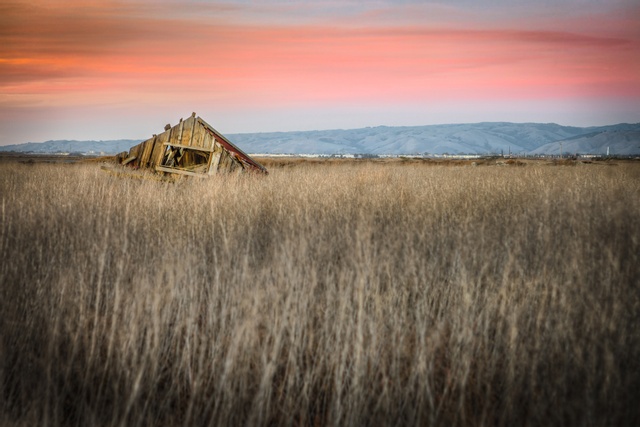 The slumping wooden buildings of Drawbridge are slowly sinking into the marsh.