Good morning. It's Wednesday, May 5. 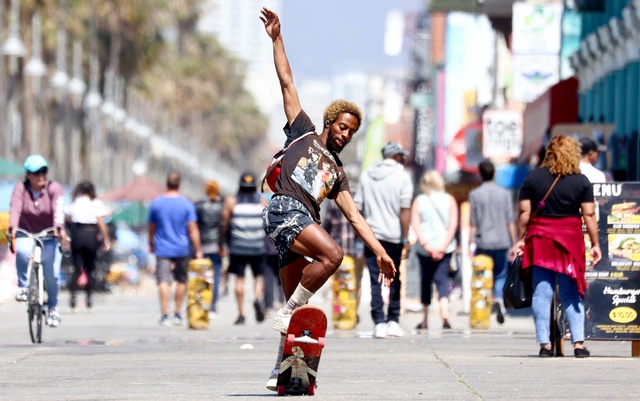 A skateboarder rode along the Venice Beach boardwalk last week.

“It’s a sunny day and California is looking good.”

On Tuesday, both San Francisco and Los Angeles advanced to the yellow tier, the state's least restrictive reopening phase, allowing businesses to expand capacity, bars to serve indoors, and large gatherings to resume outside. The milestone underscores California's dramatic recovery since the winter surge, when Los Angeles was a national epicenter for the pandemic. Statewide, California reported about 1 million coronavirus cases in January. The total in April: 72,000. Mercury News | S.F. Chronicle

After Rep. Liz Cheney of Wyoming voted to impeach President Trump in January, House Minority Leader Kevin McCarthy boasted that their “big tent” party had enough room for both the former president and a staunch critic. The Bakersfield Republican now appears to have had a change of heart. In comments captured on a hot mic ahead of a "Fox and Friends" interview, McCarthy said of Cheney, "I've had it with her. You know, I've lost confidence." N.Y. Times | Axios 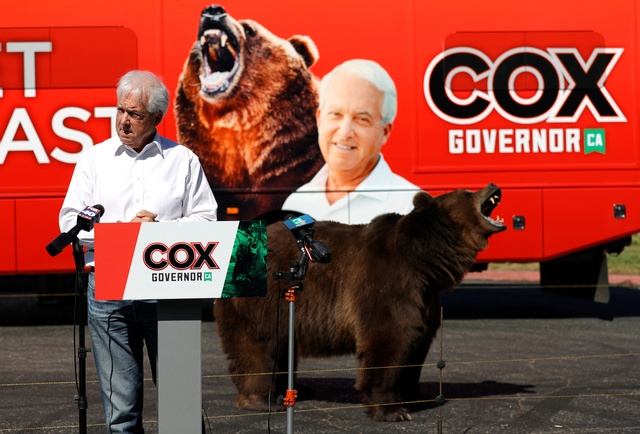 John Cox used a large bear as a prop during a campaign rally in Sacramento on Tuesday.

John Cox, a Republican candidate for governor, kicked off his “Meet the Beast” campaign tour in Sacramento on Tuesday, appearing alongside a massive Kodiak bear named Tag. “Gavin Newsom, our pretty boy, has so angered and divided the people of this state that over 2 million literally put their name on the line to recall him,” Cox said. “That’s why our friend is here today. We’re gonna need big, beastly changes to be made in this state." PETA and others called the stunt appalling. Politico | L.A. Times

An earthquake early warning system is now live for cellphone users across the West Coast, the U.S. Geological Survey said on Tuesday. Years in the making, the system known as ShakeAlert relies on a network of sensors near fault lines that trigger alerts to nearby communities through television, radio, and phone. People could get anywhere from a few seconds to more than a minute of warning, enough time perhaps to scramble to safety. L.A. Times | S.F. Chronicle 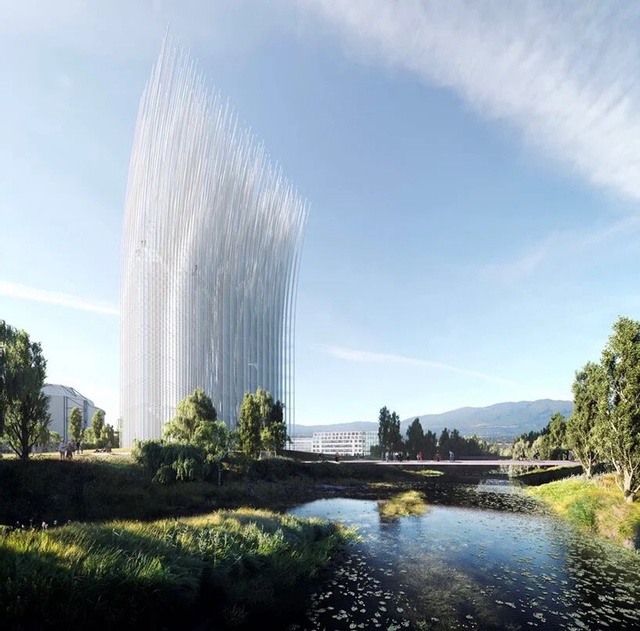 A rendering of San Jose's proposed “Breeze of Innovation” installation.

San Jose is moving ahead with a giant art installation intended to become a globally recognized emblem for Silicon Valley. The 200-foot-tall structure, which includes 500 glowing white rods, resembles an upturned paintbrush that sways in the breeze. Critics shared their opinions at a public meeting Tuesday: an “ecological disaster,” a “harmful source of light pollution,” and a “waste of philanthropic dollars.” Mercury News | San Jose Spotlight 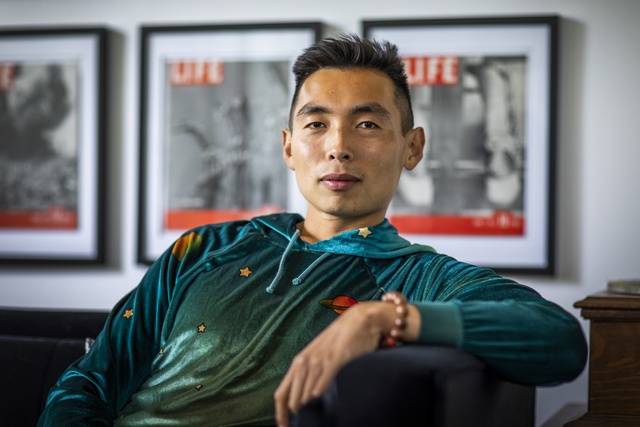 Justin Zhu, co-founder of Iterable, at his home in San Francisco.

In 2013, Justin Zhu, a former software engineer at Twitter, poured his life savings into a startup called Iterable. Today, the company is valued at $2 billion, but a couple weeks ago, the company's board abruptly fired Zhu, citing an LSD incident. Zhu had tried microdosing before a meeting with potential investors. As he discussed a series of financial projections, the numbers began to swell and shrink. He felt like he was melting. The pitch did not lead to an investment. Bloomberg

"Have They Simply Considered ... Not Being Homeless?"

"The SF School Board Did What Now?"

For kicks, Armand Domalewski, a San Francisco data analyst, created a comic with parody San Francisco newspaper headlines and posted it on social media. It got a rousing reception from locals, who called it spot-on. SFGate.com | Reddit

To set eyes on Yosemite Valley from its most famous overlook is a moment few people forget. Magnificent vistas are often hard won after hours or days of hiking. By comparison, Tunnel View, a roadside perch connected to a small parking lot, feels almost too easy. To get there, motorists wind along State Route 41 before plunging into a dark tunnel, which stretches nearly a full mile. You know you've arrived when, immediately upon exiting, this bursts into view. 👇 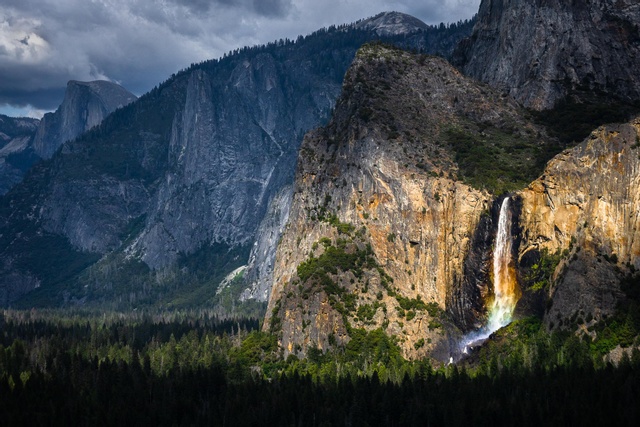 Yosemite is requiring reservations for day-use visitors this summer. There are still passes left. Recreation.gov

In 2017, Bryan Chávez, then 15, hugged his mother, Sandra Ortiz, as they sought refuge at the San Ysidro port of entry. “You are not going to see her anymore,” an immigration agent told him, according to his account. Chávez then went to California while Ortiz was deported to Mexico, one of the earliest family separations under the Trump administration. On Tuesday, under a new reunification policy, Ortiz was allowed to walk through the same port, where she saw her son for the first time in more than three years. Chávez held a bunch of Mother’s Day balloons to make up for lost time. They held each other, crying. Washington Post | L.A. Times

In decades past, great white sharks were thought to be somewhat rare in the waters off Southern California. That notion has been dispelled by the advent of drone photography. One day last month, the photographer Carlos Gauna sent up his drone off the Santa Barbara County coast and within two minutes spotted a great white about 100 yards from a father and son. "These types of encounters have always been happening,” he said. “Which shows you really just how low the number of attacks are.” L.A. Times

Los Angeles County prosecutors charged a 57-year-old man with arson in the July 11 blaze that ripped through San Gabriel Mission, founded by Junípero Serra in 1771. Corey is a homeless man who has faced multiple arson-related arrests, officials said. The mission fire came at a time of heightened hostility toward symbols of Spanish colonialism in California. No motive was given, but sources told the L.A. Times that Corey had a history of conflicts with mission staff. L.A. Times | L.A. Daily News 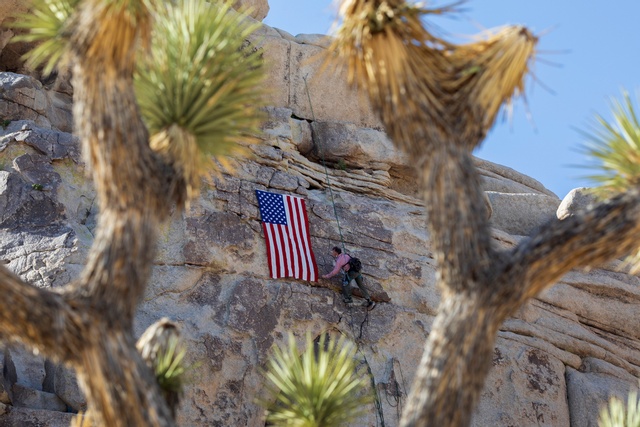 An American flag was draped over a rock wall for a naturalization ceremony at Joshua Tree on Tuesday.

Citizenship ceremonies are inspiring enough on their own. On Tuesday, a ceremony welcoming the latest naturalized Americans had the added poignancy of a backdrop inside Joshua Tree National Park, the first time such an event has been held at the desert lanscape. KESQ | Hi-Desert Star