Where abortion would likely be banned. 👉 Politico “This is about saving lives.”

Gif created from video by @ABCLiz.

On Tuesday morning, a man free-climbed Salesforce Tower, San Francisco’s tallest building, posting to Instagram along the way and captivating a crowd of onlookers who held up their phones on the street. Maison Des Champs, a 22-year-old from Nevada who calls himself the “Pro-Life Spider-Man,” said the stunt was intended to draw attention to the case of an East Coast doctor whom activists have accused of performing late-term abortions. KGO | NBC News 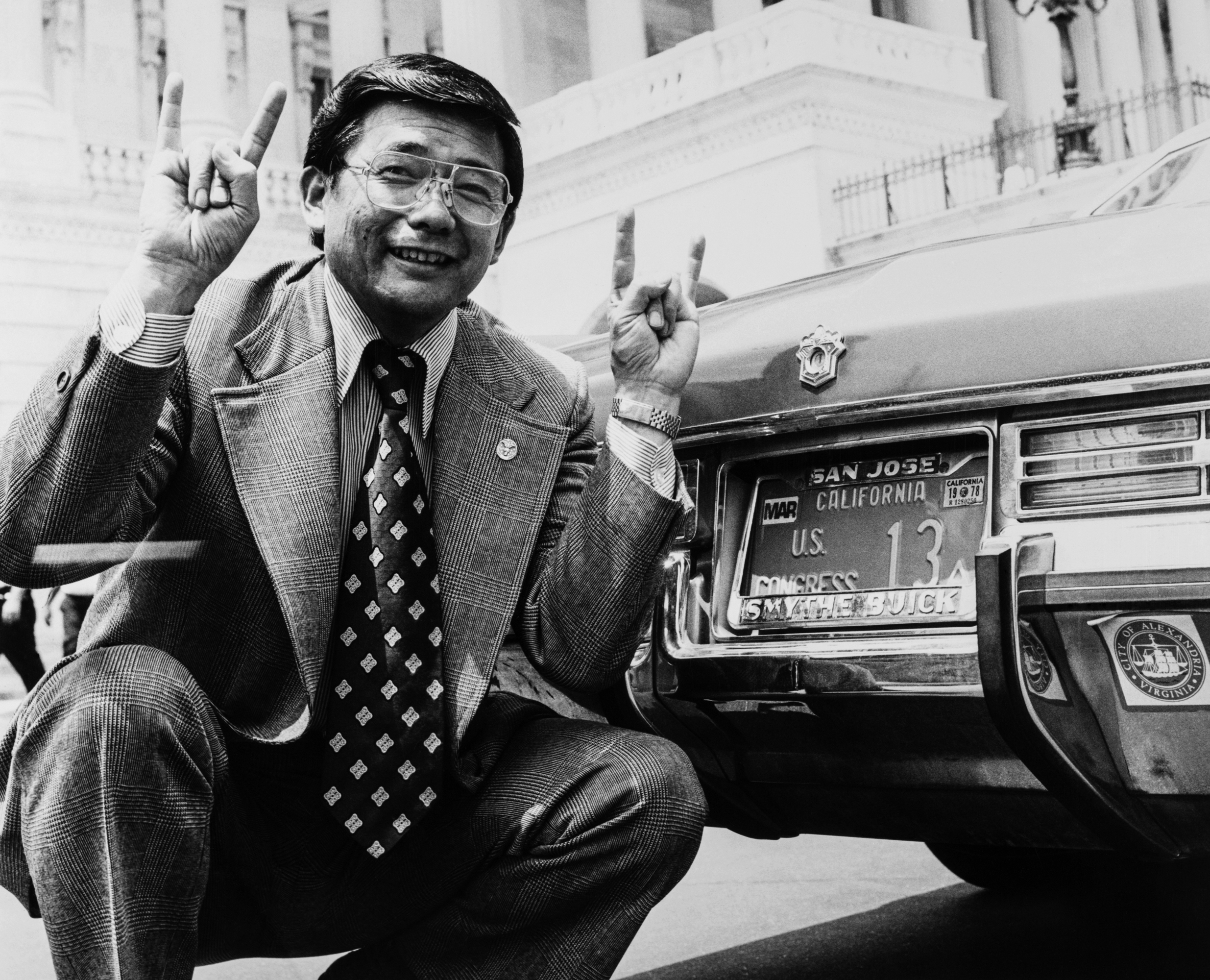 Norman Mineta died. Interned as a boy with thousands of other Japanese Americans during World War II, Mineta rose in government to become the first Asian American mayor of San Jose, a 10-term Democratic congressman representing Silicon Valley, and the first Asian American Cabinet secretary. In 1988, he co-sponsored a law that required the U.S. government to formally apologize for the incarceration of Japanese Americans and pay survivors $20,000 each in reparations. Mineta was 90. Mercury News | N.Y. Times | A.P.

“There’s a lot of Covid out there.”

UC San Francisco’s Dr. Bob Wachter said on Monday that he is masking up again after Bay Area coronavirus numbers swelled by 167% in April. All nine counties have now returned to “high” levels of coronavirus transmission, according to metrics used by the CDC. Los Angeles County has seen a similar surge. Statewide, hospitalizations have remained low, but modeling suggests they could rise significantly by Memorial Day, with a doubling of intensive care patients. S.F. Chronicle | L.A. Times A passerby paused at a memorial on April 6 for the people killed in a mass shooting in Sacramento.

The authorities on Tuesday charged three men with the murder of three women in the shooting rampage that left six people dead and 12 others wounded in Sacramento on April 3. Prosecutors said Smiley Martin, his brother Dandrae Martin, and Mtula Payton opened fire as part of a feud between rival gangs. The three slain women — Melinda Davis, Johntaya Alexander, and Yamile Martinez-Andrade — were innocent bystanders, they said. Sacramento Bee | A.P.

Law enforcement in Humboldt County made two arrests for fentanyl possession in 2020 and 84 in 2021. On Tuesday, the county’s Board of Supervisors named a culprit behind the drug’s surge into the county: San Francisco. They voted to send a letter to San Francisco District Attorney Chesa Boudin demanding that he prosecute drug dealers. “The County of Humboldt refuses to sit idle while this drug pours into our county from the Tenderloin,” it reads. “If we cannot reach a mutually acceptable solution shortly, we will have no options but to seek a legal remedy.” Lost Coast Outpost | Eureka Times-Standard

Gif created from video by the Yurok Tribe.

☝️ Here’s the moment California condors returned to the skies over the North Coast redwoods for the first time in more than a century.

Two captive-bred condors were released from a pen Tuesday morning in Redwood National Park, with more to follow, in hopes of restoring the vultures’ historic habitat in the Pacific Northwest. One of the birds was nicknamed Nes-kwe-chokw’, which translates to “He returns.” The largest native North American birds, California condors were driven to near-extinction in the 1970s. A breeding program has since increased their numbers to more than 500. A.P. | L.A. Times

In February, Shasta County voters rallied behind a militia-backed recall vote against a moderate Republican supervisor. On Tuesday, the board of supervisors fired the county health officer, Dr. Karen Ramstrom, who faced misdirected anger over pandemic measures handed down from the state. Her exit follows that of Donnell Ewert, the county’s health and human services chief, who retired after the recall, citing political upheaval as a factor. Jefferson Public Radio | Redding Record-Searchlight

A San Diego judge has overruled Gov. Gavin Newsom’s decision to deny parole to a man who killed a San Diego police officer in 1978. Jesus Cecena was 17 years old when he fatally shot Officer Archie Buggs during a traffic stop. Now 61, he has been granted parole five times, only to have each one reversed by governors. In his ruling, Judge David Gill said Newsom had in effect given Cecena a harsher sentence — life without possibility of parole — that is barred in juvenile offender cases. S.D. Union-Tribune | City News Service The Los Angeles actress Elisabeth Moss, of “Mad Men” and “The Handmaid’s Tale,” has cultivated a reputation as a cool pop-culture feminist icon. So her membership in the Church of Scientology has been a source of cognitive dissonance for fans. In an interview, Moss defended the religion: “It’s not really a closed-off religion. It’s a place that is very open to welcoming in somebody who wants to learn more about it. That’s the thing that is probably the most misunderstood.” Asked about Scientology’s abuses, she replied, “I would just encourage people to find out for themselves.” New Yorker