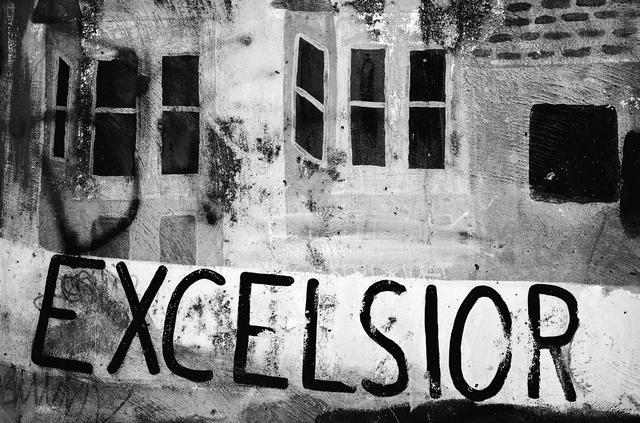 San Francisco, it is often said, isn’t what it used to be.

A city that once welcomed everyone has become an enclave of the filthy rich where the masons, blacksmiths, and bohemians of yesteryear have long since vanished. Yet tucked along Mission Street in the city’s southeast is one neighborhood that seems to have largely withstood the steamroller of gentrification.

It was the authenticity of the Excelsior District that drew the photographer Travis Jensen to the neighborhood in 2012. He spent the next seven years documenting what he calls San Francisco’s “last working class neighborhood.”

In a city of $3,500 rents, the Excelsior is a place of mom-and-pop businesses where kids play in the street and neighbors look out for one another, Jensen said. “It’s one giant family. White, black, Latino, Hawaiian, Filipino — it’s pretty beautiful, and it’s all family, and it’s all brotherhood, and it’s all about community.”

How does the Excelsior's blue-collar character persevere? Affordable housing policies and organized resistance to luxury development play a part. But so too does the bond between the neighborhood and families who bought back when homes cost $40,000, Jensen said. “Where do you go?” he said. “Because you just have to just pick up your whole life and everything you know, this neighborhood that means so much to you — you go to Antioch or Santa Rosa?”

How much longer the community can withstand the forces reshaping San Francisco is anyone’s guess. In a 2014 SF Weekly story about changes roiling the neighborhood, a county supervisor said millionaires were not moving into the Excelsior. Then he reconsidered: “Okay, multi-millionaires are not moving into the Excelsior.” A few years after that, Business Insider declared it “one of the hottest housing markets in America.”

As for Jensen, a resident of San Francisco for 20 years, his life in the city became untenable on a photographer’s wage. He now lives in Boise.

Jensen plans to publish a photography book of his work in collaboration with Rasta Dave, an Excelsior District local, by early 2021. See a selection of the images below, and more at his website.