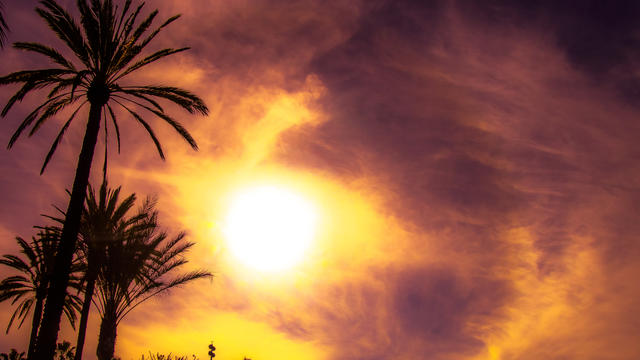 Climatologists are predicting a scorcher of a summer across California.

The weather would follow a season of meager rainfall and higher-than-normal temperatures beginning last fall that was among the driest on record in the state’s southern reaches.

It all spells trouble for a state still recovering from its most destructive year of fire on record.

Most of southwest California is now gripped by “severe drought,” according to data from the U.S. Drought Monitor. That’s a troubling reversal from this time last year, when most of California was within a normal range after copious winter storms recharged rivers, lakes, and Sierra snowpack.

California firefighters have been battling a drumbeat of blazes across the state over the last couple weeks, including one that ignited Tuesday in a Los Angeles enclave of multimillion-dollar mansions.

Even so, fire activity has been relatively subdued thus far in 2018, said Lynne Tolmachoff, a spokeswoman for Cal Fire. Altogether, roughly 23 square miles have burned in fires tracked by the state, compared to about 41 square miles during the same period last year.

According to forecasters, a relatively cool and damp May likely helped to postpone a spike in wildfires going into the summer. Still, meteorologists say warmer temperatures promise to bake away that moisture, priming brush and trees for ignition.

“It definitely could happen again,” she said. “In California, in particular, with the climate changing, what we used to call something new, this is now the new normal. This is the way life is in California.”