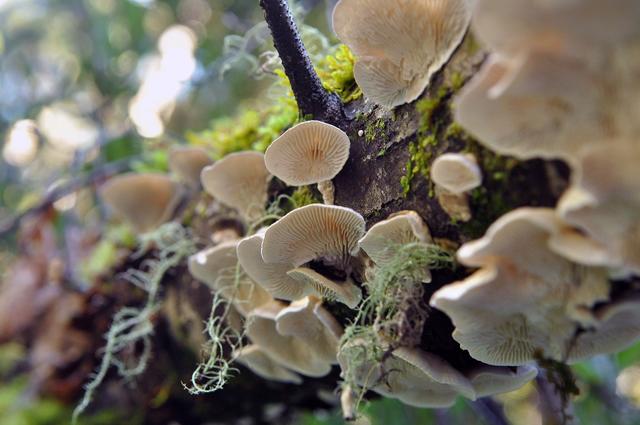 Among those welcoming the predicted rainfall this week will be California’s mushroom hunters.

During the wet winter months, the state’s northern forests erupt with some of the most abundant wild mushrooms in the country — golden chanterelles, porcinis, Russulas, and other specimens free for the taking.

The antithesis of industrial farming, foraging for food has increasingly been embraced by California restaurants as part of the so-called field-to-table movement.

A growing army of mushroom hobbyists too have been drawn in the last decade by the thrill of the hunt, the culinary experience, and the communion with nature.

"It has a purpose," said Kevin Feinstein, co-author of The Bay Area Forager. "It’s not, 'Oh, we’re going to go on a 10-mile hike.' Instead, we’re walking through the forest, off trails, finding magical beings growing."

While foraging is generally seen as environmentally sustainable, some environmental groups have warned that careless collectors trample sensitive forests and fields.

That's one reason mushroom-hunting shouldn’t be done casually. Another: While some species of fungi can taste delicious in a salad, others can melt your ego, and still others can kill you. Poison control officials in California get poisoning cases every year.

There are amateur clubs up and down the state with information on classes and guided outings. Charles Russo, editor of the wonderful website The Six Fifty, went on one such excursion not long ago on the San Francisco peninsula. He shared a few closeups of his weirdly photogenic finds.