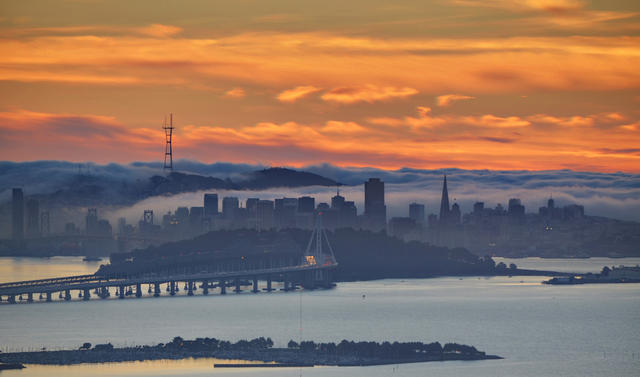 There's a mansion nestled below the San Francisco–Oakland Bay Bridge

The Nimitz House was built in 1900 on Goat Island, now Yerba Buena Island, as a residence for the Commandant of a Naval Training Station.

Officially known as Quarters One, the Classical Revival home got its nickname from Admiral Chester Nimitz, a World War II naval hero who spent his last days there.

In 1998, the house became a bizarre flashpoint in the construction of the new Bay Bridge when the Navy refused to let Caltrans engineers onto Yerba Buena Island. Why? Their design called for a span that would cast a shadow on the Nimitz House.

Construction didn't restart for a year and a half as the plans were redrawn to ensure the historic home would remain in the sun.

This item is from the California Sun, a newsletter that delivers must-read stories to your inbox each morning — for free. Sign up here.