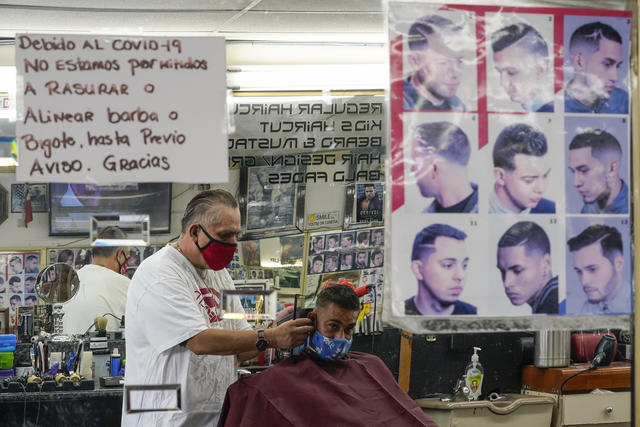 Edgar Gomez got a haircut at George's Barber Shop in San Pedro on Tuesday.

Another daily infection record in Los Angeles County. Numbers moving in the wrong direction in the Bay Area. Military doctors called in to reinforce overwhelmed hospitals.

Families of means have been resorting to do-it-yourself education for their children, highlighting the disparity in how school closures affect rich and poor families. In Los Angeles, five families spent $22,500 to create what they are calling a “micro-school” for their preschool-age kids, with a makeshift classroom and a contracted teacher who comes three days a week. Bloomberg

Gov. Gavin Newsom is expected to make an announcement today on the reopening of classrooms in the fall. ABC7 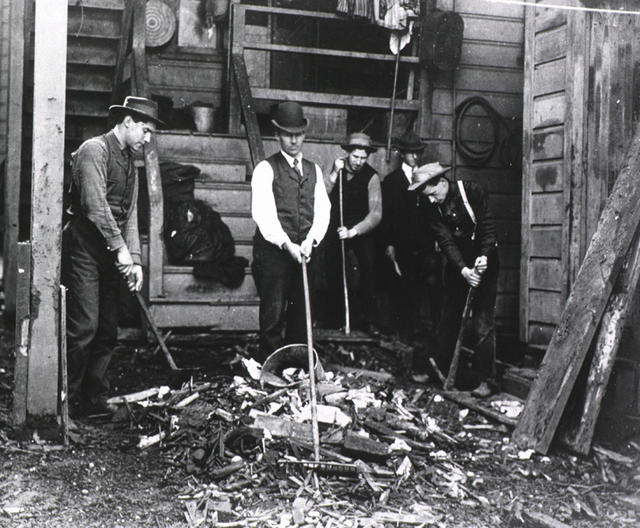 Workers cleaned up a San Francisco backyard as part of an anti-plague campaign, circa 1907.

On this week's California Sun Podcast, host Jeff Schechtman talks with David Randall, the author of "Black Death at the Golden Gate," about the effort to save San Francisco and the nation from the bubonic plague. The racism and human folly of our response then has echoes in our current pandemic. California Sun Podcast 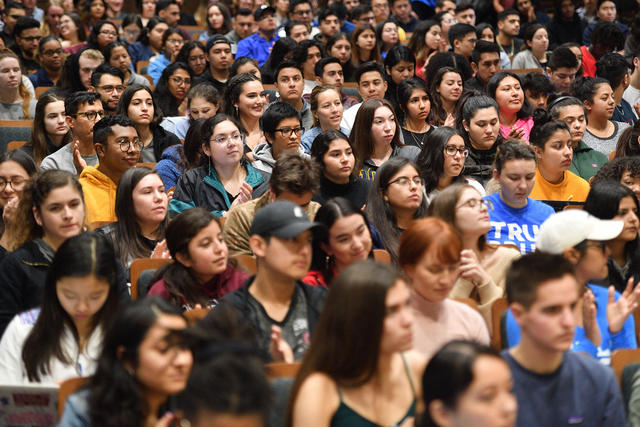 For the first time, Latinos represent the largest group of freshmen admitted into the University of California this fall. Latinos account for 36% of incoming freshmen. Asians make up 35%, whites 21%, and Black students 5%. "The incoming class will be one of our most talented and diverse yet, and UC is proud to invite them to join us," said UC President Janet Napolitano. EdSource | Sacramento Bee

As a USC undergrad, a Qatari prince lived a life of luxury — exotic sports cars, accommodations in the Beverly Wilshire, a Lakers suite. But it's unclear if he got much of an education. Reporters looked into the prince's degree and found that he was showered with special treatment by USC and allowed to blow off classes for “security reasons.” Then he was handed a master's degree for a period in which he never set foot on campus. L.A. Times 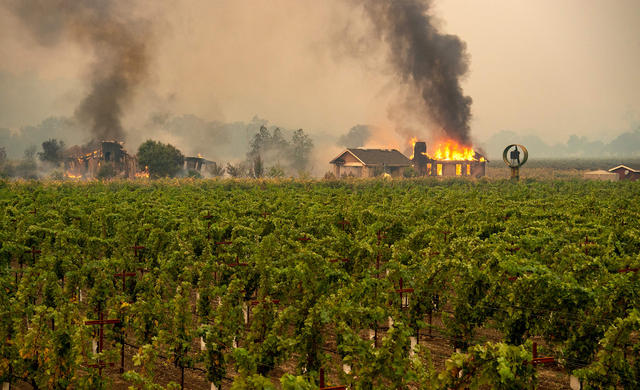 Buildings were engulfed by flames during the Kincade fire near Geyserville on Oct. 24, 2019.

After four days of firefighting, the Navy announced that the blaze aboard the USS Bonhomme Richard in San Diego is finally out. At one point, the amphibious assault ship became so waterlogged that it began to tilt, forcing firefighters to evacuate the ship and pier. Whether it can be salvaged is an open question. If not, it would be among the largest Navy ships ever lost. Stars and Stripes | S.D. Union-Tribune

Twitter faced intense pressure to explain how hackers were able to commandeer the accounts of some of America's most powerful leaders. The FBI opened an investigation, while lawmakers raised the specter of a thwarted presidential election. “Let’s imagine that at 4 p.m. on Election Day, Barack Obama’s Twitter account sends revised polling locations to 20,000 Black voters in Florida,” Rep. Jim Himes said. Politico | Washington Post 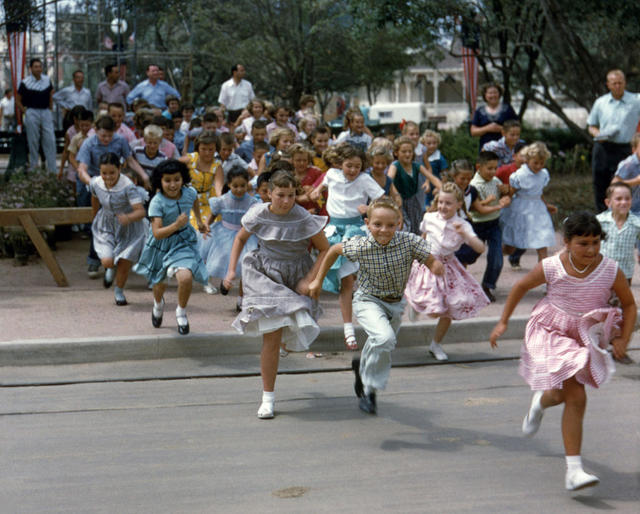 On this day in 1955, Disneyland opened its Anaheim park to a select group of invitees in what was supposed to be a press preview. Instead, more than 20,000 people showed up, many holding counterfeit tickets, overwhelming the park. Within several weeks, more than 1 million people had visited. Here's a great collection of 25 photos from Disneyland's opening day 👉 The Atlantic 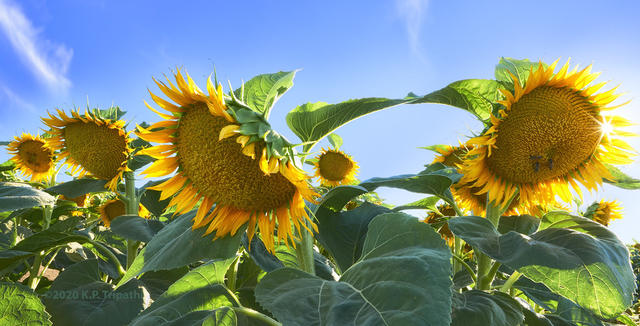 Sunflowers in Dixon this month.

Fun fact: Young sunflowers turn throughout the day, facing east at dawn and slowly tracking the sun across the sky. At night they turn back east and start the cycle again. The slow-motion dance is in full swing right now in the sunflower fields that carpet Yolo County, where the plants delight in the Sacramento Valley's hot, dry summers. (Here's a map that plots the area's sunflower fields.)

Below, some recent photos captured around Yolo County. 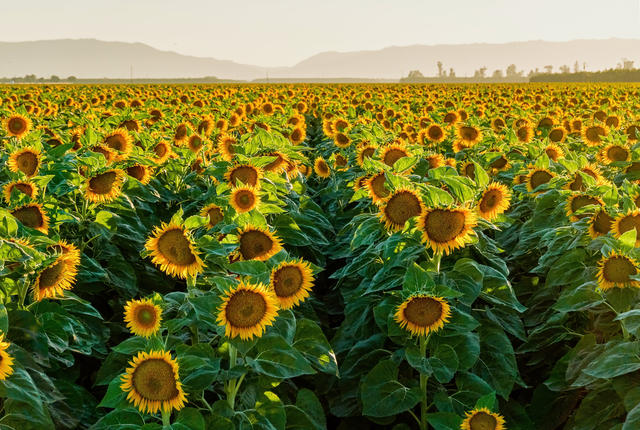 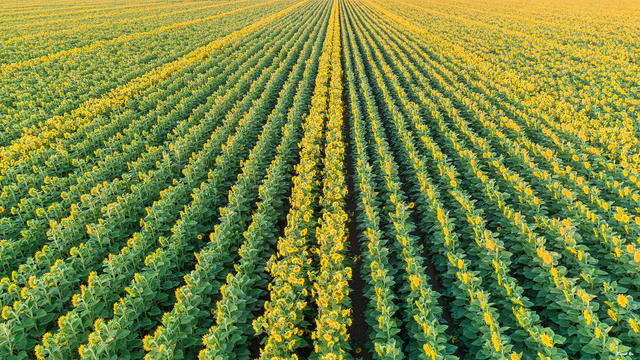 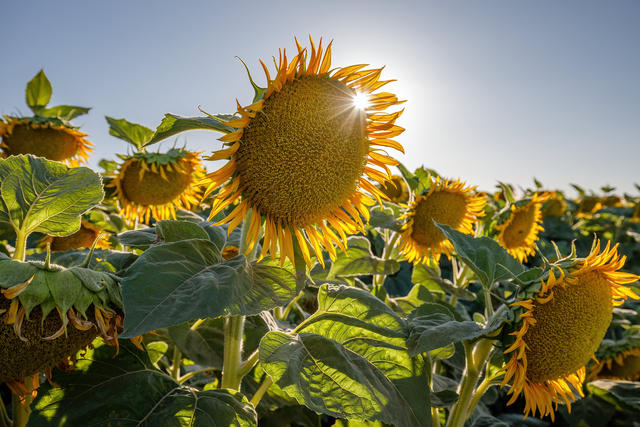 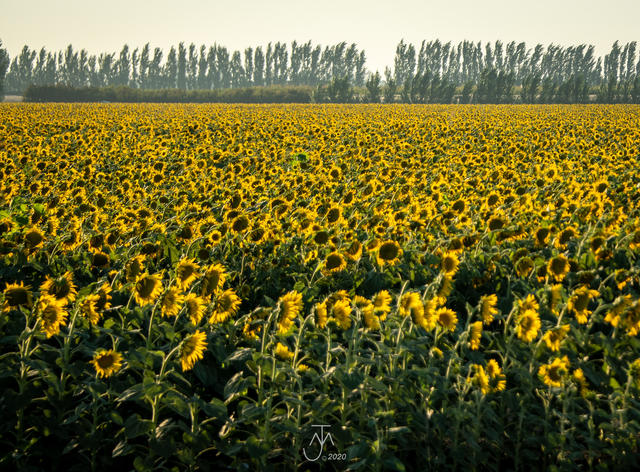 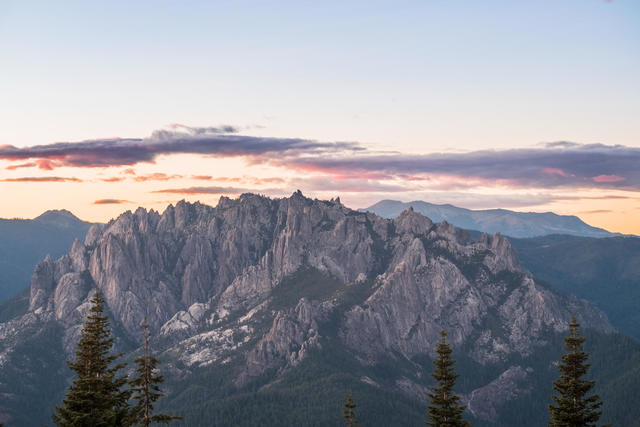