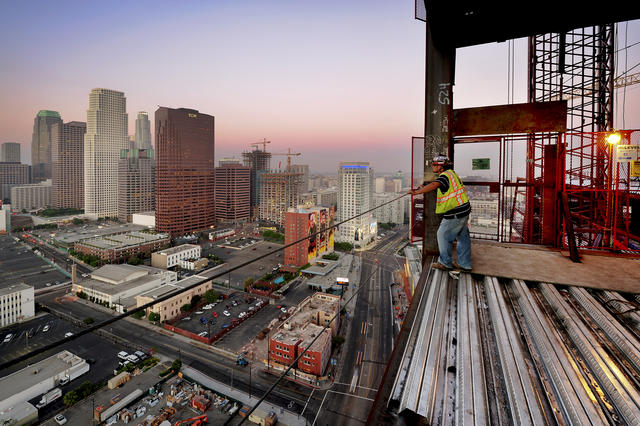 One reason housing is so expensive in California? Local government fees on residential construction can amount to 18 percent of median home prices, researchers found. The costs fluctuate widely. In one Bay Area city, for example, the fees are $35,000 per unit in single-family projects. In Sacramento, it's $13,000 per unit. L.A. Times

Responding to the recent mass shootings, a Central Valley sheriff urged people with concealed carry permits to arm themselves. "Secure our communities and protect life by being able to defend ourselves against active shooters, threats to life and those who use guns for criminal behavior," Tulare County Sheriff Mike Boudreaux said in a tweet. GV Wire 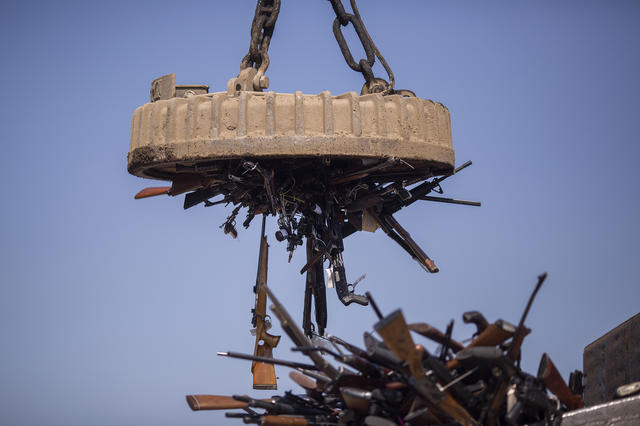 A steel mill prepared to melt confiscated guns in Rancho Cucamonga in 2018.

In other gun-related news: 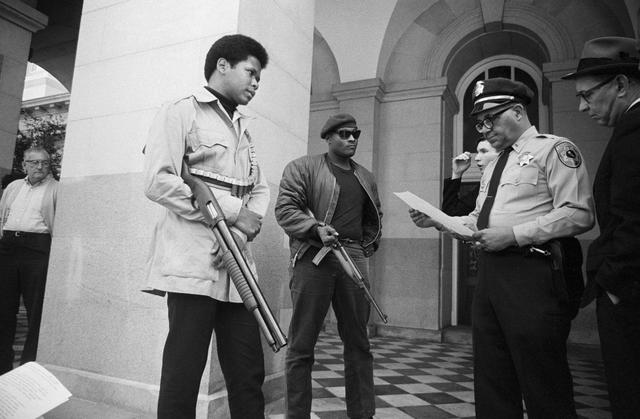 Two members of the Black Panther Party were met by police at the state capitol in Sacramento in 1967.

Today I learned: Open carry was legal in California until members of the Black Panther Party started flashing their guns. A Republican state lawmaker from Oakland proposed a measure abolishing open carry that he called the "Panther Bill." Gov. Ronald Reagan signed it with NRA support in 1967. It remains on the books today. S.F. Chronicle | History.com

Call it an Uber loss. The San Francisco ride-hailing company lost an eye-popping $5.2 billion last quarter, a loss attributed largely to compensation expenses from its initial public offering in May. It was not only Uber's largest-ever loss, the company also posted its slowest-ever revenue growth, raising doubts about its prospects. N.Y. Times | recode

Lawmakers in El Monte, an industrial city east of Los Angeles, voted to advance a plan that guarantees drivers a minimum of $30 an hour. It would be the highest such wage in the country. Fast Company 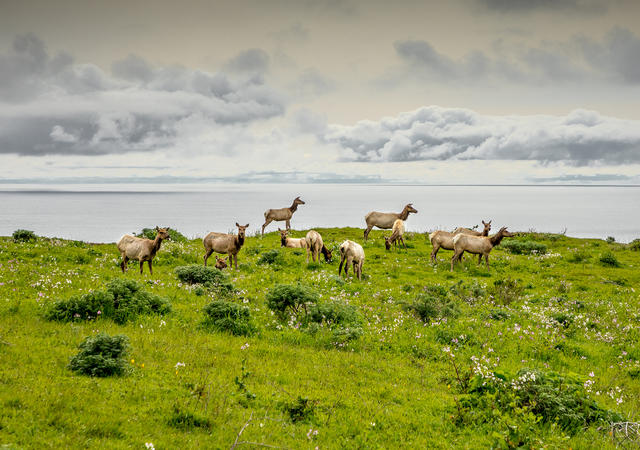 Tule elk, seen in Point Reyes, are only found in California.

The National Park Service proposed shooting as many as 15 tule elk each year at Point Reyes National Seashore as a way to reduce conflict with ranchers, who say the elk are gobbling up grass intended for their livestock. Wildlife advocates are furious. "It just seems like the park service has basically rolled over and given the ranching interests everything that they've demanded," one advocate said. Press Democrat | Marin Independent Journal

A group of black leaders spoke out in favor of preserving a controversial mural at a San Francisco high school that shows George Washington as a slave owner. Rev. Arnold Thompson, of the Northern California NAACP, said that painting over the mural would be akin to "whitewashing history." He added: "We cannot continue to cut out the things that make us uncomfortable, or we will never grow." CBS SF | SF Examiner 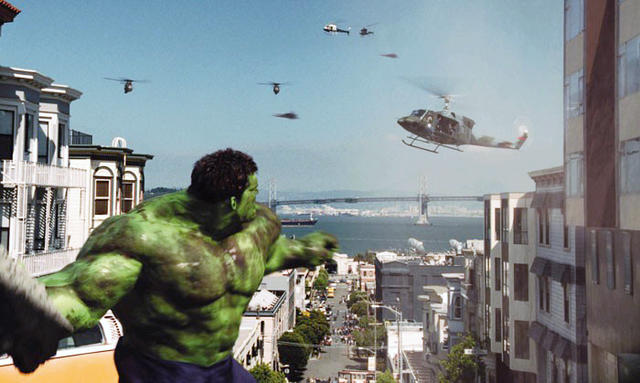 Pretty much every year, a new movie comes out depicting San Francisco under attack — whether from tidal waves, monsters, or hyperintelligent apes. So the S.F. Chronicle has created a survival guide: "Thinking of moving into Nob Hill? Well, that's a spectacularly horrible idea. Be ready to spend on earthquake insurance, kaiju insurance, Godzilla insurance and spaceship crash insurance." S.F. Chronicle 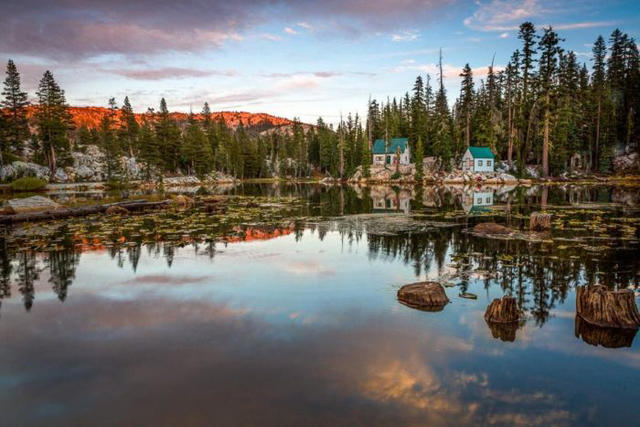 Ebbetts Pass was once used as a trade route across the Sierra by the Miwok and Washoe Indians and was likely the route taken in 1827 by Jedediah Smith. Today, the valley is carved by one of California's most stunning scenic byways. Stretching 60 miles, the Ebbetts Pass National Scenic Byway winds along sequoia forests, volcanic peaks, alpine lakes, and tiny hamlets. It's also bookended by two state parks — Grover Hot Springs and Calaveras Big Trees State Park. California's official tourism agency suggested a weekend-length road trip with six stops. Visit California | Scenic4.org 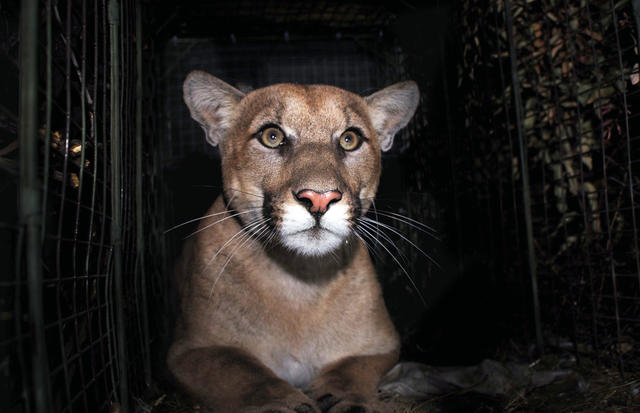 A mountain lion crossed the 405 Freeway last month, the first time that one of the GPS-collared cats made it across one of Southern California's busiest arteries over the course of a 17-year study. Other mountain lions have been killed making the attempt, or approached the edge then turned away. Ventura County Star | L.A. Times

Roadkill accidents have increased as mountain lion habitat is squeezed by urban sprawl. That's why officials have been studying a number of wildlife corridor projects. One would cross the formidable 101. KCRW 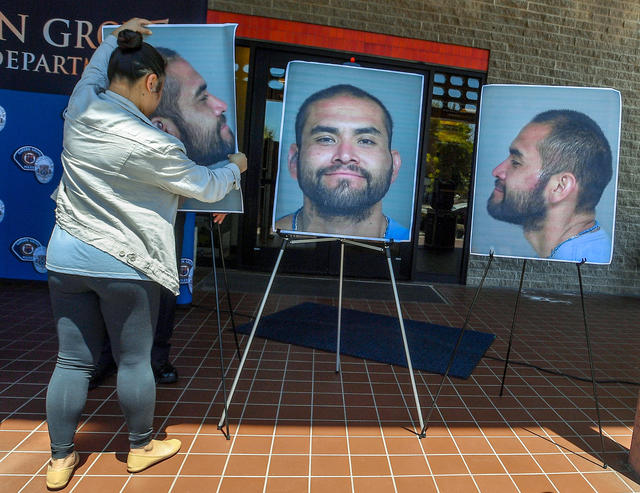 A police employee hung booking photos of Zachary Castaneda before a news conference in Garden Grove.

The suspect in a stabbing rampage that left four people dead across Southern California is a 33-year-old gang member named Zachary Castaneda with a long and violent criminal history, police said. A motive remained unclear. "He remained violent with us through the night," Garden Grove's police chief said. "He never told us why he did this." A.P. | O.C. Register

The police released highly disturbing surveillance of one of the attacks, showing a man walking into an office then savagely stabbing a woman at a desk. NY Post

A new investigative report detailed a pattern of sexual abuse allegations against a men's health physician at USC. Forty-eight former patients said Dr. Dennis Kelly subjected them to abuse, including fondling, invasive exams, and sexual remarks. Five said they complained to the university and it did nothing. Kelly, who said he always acted appropriately, worked at the same center as George Tyndall, the gynecologist accused of sexually abusing hundreds of students. BuzzFeed 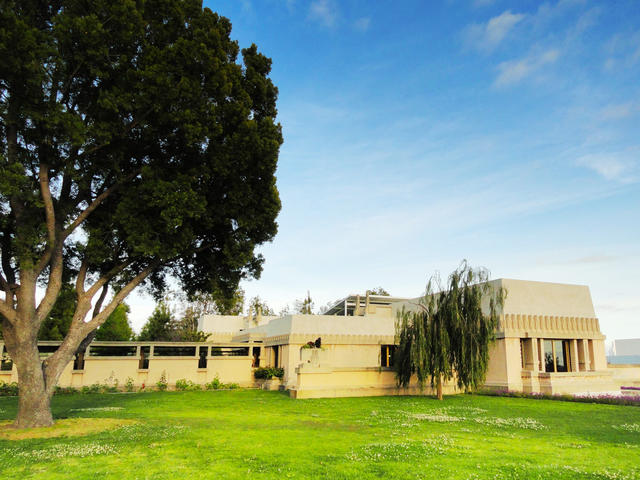 Los Angeles is now home to a UNESCO World Heritage Site, the first in the city and the third in California. Built between 1918 and 1921 on a hill in East Hollywood, the Mayan-influenced Hollyhock House is one of Frank Lloyd Wright's masterpieces. "It's a phenomenal moment for L.A.," a city official said. She added: "There is no greater honor for a cultural site in the world." KCET | L.A. Times

You can tour the house for $7. Better yet, go on a Friday night when they hold wine tastings. Barnsdall Art Park 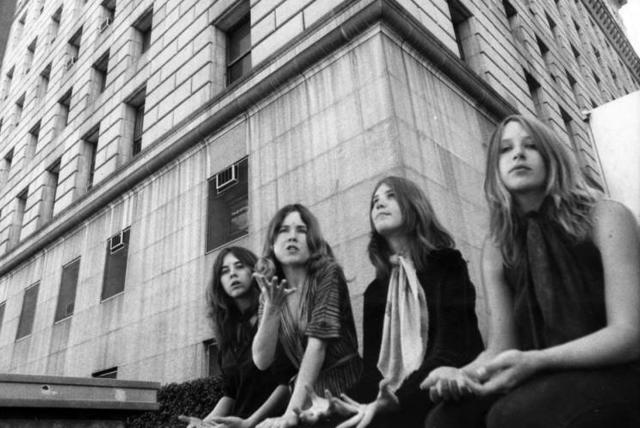 Charles Manson followers outside the Hall of Justice in Los Angeles in 1971.

On this week's California Sun Podcast, host Jeff Schechtman talks with investigative journalist Tom O’Neill. His exhaustively researched book, "Chaos," upends much of what we thought we knew about the Manson murders, which unfolded 50 years ago this week. California Sun

These photos show just how devoted the so-called Manson girls were. Timeline 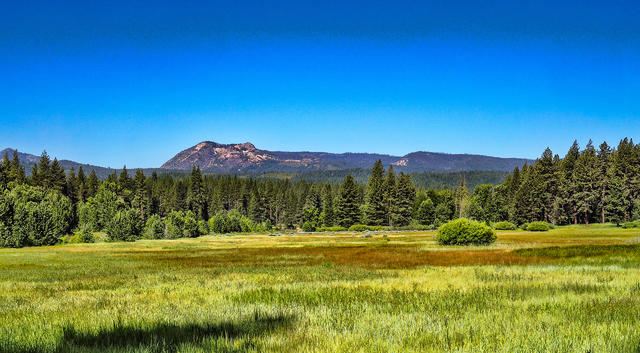 An earlier version of this newsletter misstated the occupation of Kendall Jenner. She is a model, not a makeup tycoon. Her sister, Kylie Jenner, is the makeup tycoon.