A group of students and community organizations filed a highly anticipated lawsuit seeking to bar the University of California from requiring SAT and ACT scores in admissions. The suit cites research showing how expensive preparation courses disadvantage low-income students and racial minorities. "What the SAT and ACT are doing are exacerbating inequities in the public school system," a lawyer said. NPR | CALmatters 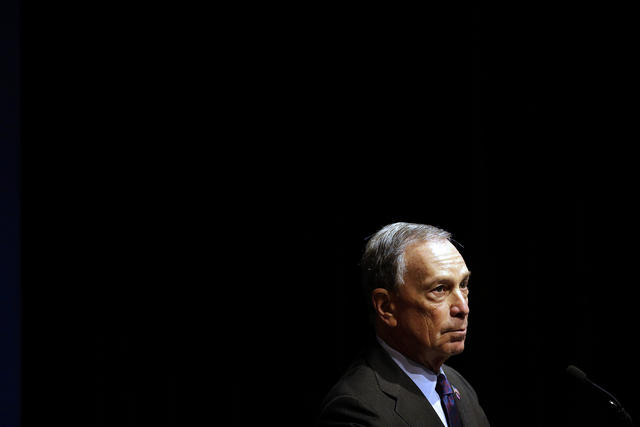 Few Californians support Michael Bloomberg's bid for president — for now. The 77-year-old billionaire is skipping the early primary states of Iowa and New Hampshire and deploying $14 million worth of TV ads in California, a Super Tuesday state. He's already lined up endorsements from the mayors of San Jose and Stockton. And today, he's scheduled to appear with Jerry Brown in San Francisco. S.F. Chronicle | Mercury News

California Attorney General Xavier Becerra planned to issue subpoenas to half of the state’s Catholic dioceses in an escalation of his investigation into the church's handling of sex abuse cases. Under renewed public pressure over the last year, California churches have been releasing previously undisclosed names of clergy accused of abuse. L.A. Times | Sacramento Bee

A surge of new lawsuits in California and other states threatens to saddle the Catholic Church with payout liabilities topping $4 billion. A.P. 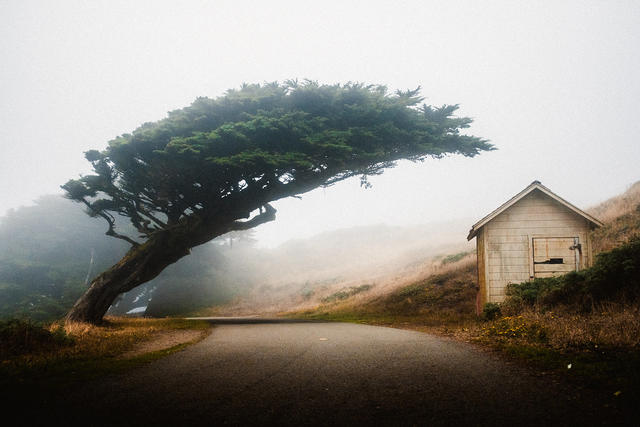 A Monterey cypress adapted to the blustery climate of Point Reyes.

The Monterey cypress is a pretty perfect symbol for California. They only grow here, and their arching with the wind echoes California's resilience in the face of perpetual punishment by the forces of nature.

The trees occur naturally no other place but around Pebble Beach and Point Lobos, as iconic to the area as the pyramids are to Egypt. The stretch of coast has been famously described as "the greatest meeting of land and water in the world." Parks.ca.gov | Roadtrippers

For years, Silicon Valley has embraced microdosing — or taking minuscule amounts of psychedelic drugs — as a way to be more alert, creative, and kind. Now startups are trying to move the practice into the mainstream. Kevin O'Leary from the TV show "Shark Tank" is an investor in MindMed, which is developing psychedelic-inspired medicines that promote wellness without getting people high. "This could save lives, cure depression, help alcoholism, get people off opioids," he said. "Why wouldn't I want to be invested?" Fast Company 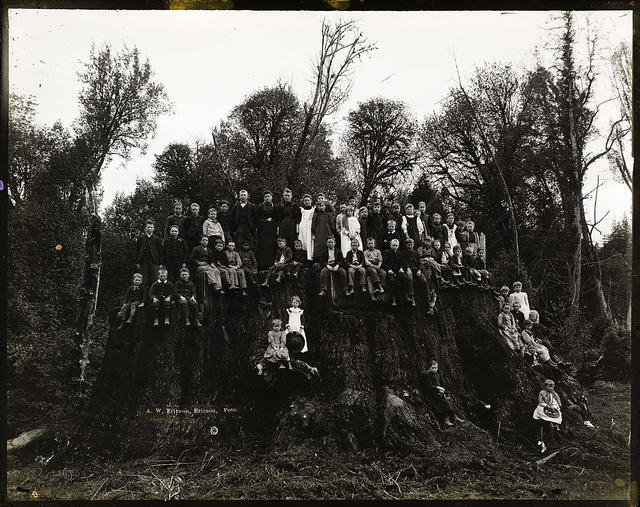 Schoolchildren sat on the Fieldbrook stump in an undated photo.

The Fieldbrook Giant was one of the largest coastal redwoods to ever exist. Estimated at more than 360 feet tall and 32 feet across, it stood sentry over Humboldt County for more than 1,000 years before being felled in 1896 in what was described as a drunken bet. Now it's coming back. Using tissues collected from sprouts on the trunk, scientists have planted cloned saplings in San Francisco, Humboldt County, and Britain as part of an effort to recover the world's most impressive trees. North Coast Journal

"We're thrown out into this world and have little idea about what the heck we're supposed to do."

At U.C. Berkeley, courses on "adulting" teach students such things as cooking, budgeting, job hunting, and time management. They've proven to be quite popular. L.A. Times 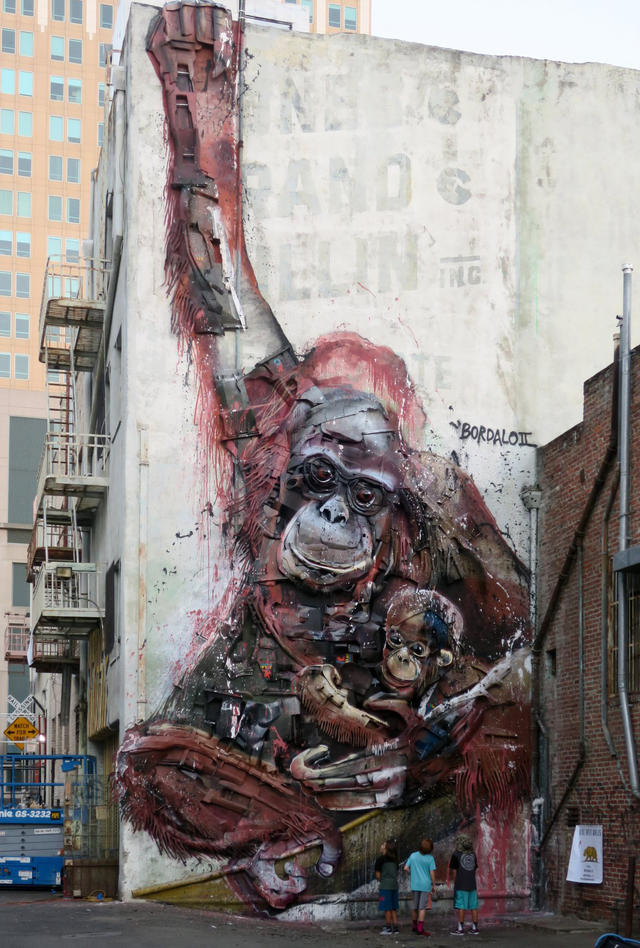 Sacramento is one of the great mural towns. Hundreds of outdoor walls have been transformed into works of art as part of an ongoing effort to enliven California's heart of bureaucratic dreariness. Among them are a towering technicolor Johnny Cash, and, pictured above, mom and baby orangutans made from scavenged materials by the Portuguese artist Bordalo II. Here are a couple photographic tours. Wideopenwalls.com | Sacramento Journalism Review 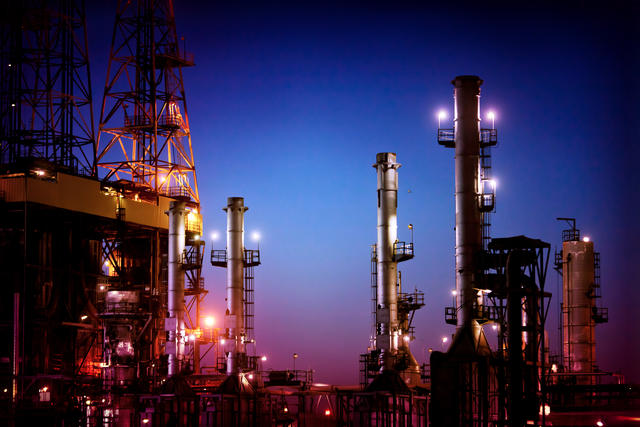 Kern County has been an epicenter of crude oil production. Its days could be numbered.

California's petroleum capital is mounting a challenge to Gov. Gavin Newsom's moves to curb oil drilling. Kern County supervisors voted unanimously to form a coalition that will extoll the importance of the oil industry in Sacramento. "The arrogance and hypocrisy of this administration to deny Californians access to our own natural resources is appalling," a supervisor said. Bakersfield Californian

As California retreats from oil production, Washington is expediting it on federal land in the state. CALmatters

Hollywood's Walk of Fame is taking product placement to a whole new level. The Chevy Suburban has become the first inanimate object to get a brass and terrazzo star on the sidewalk. The Hollywood Chamber of Commerce said the vehicle was chosen for its many appearances on screen. Asked if money had changed hands, the group's president said, "I don't think that's relevant to your article." The Guardian 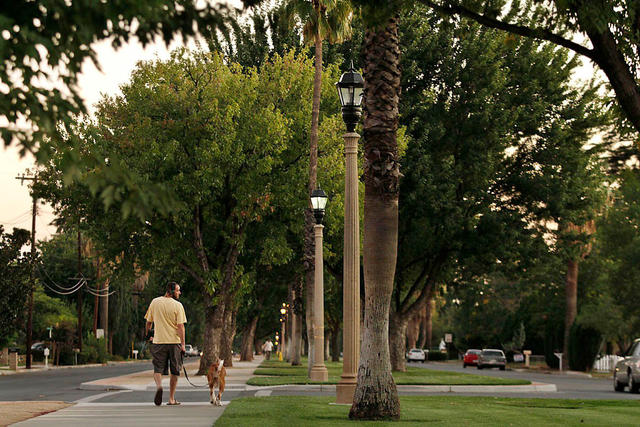 Beaumont has become a destination for people in search of affordable homes.

The increasingly ridiculous cost of living along the California coast is causing some inland cities to balloon with transplants. Take Beaumont. The Riverside County city is one of the fastest growing in the state, having quadrupled in size since 2000. The N.Y. Times published a portrait of life in Beaumont, where the community remains tight-knit and the median home goes for $345,000. N.Y. Times 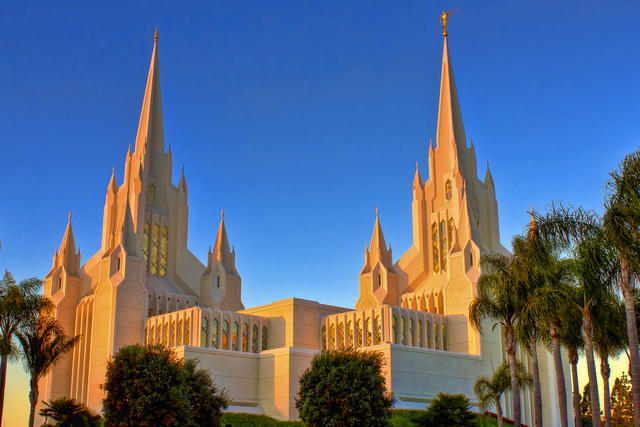 Here's the San Diego California Temple. Opened in 1993, the Mormon house of worship became an instant landmark, rising like a giant white wedding cake beside the I-5 in La Jolla. Some architecture critics have dismissed the work as kitsch. But many tourists and locals love the structure, especially during the Christmas season when the temple dons one of the region's most dazzling light displays. Times of San Diego

Mormons have a deep history in California. California Sun