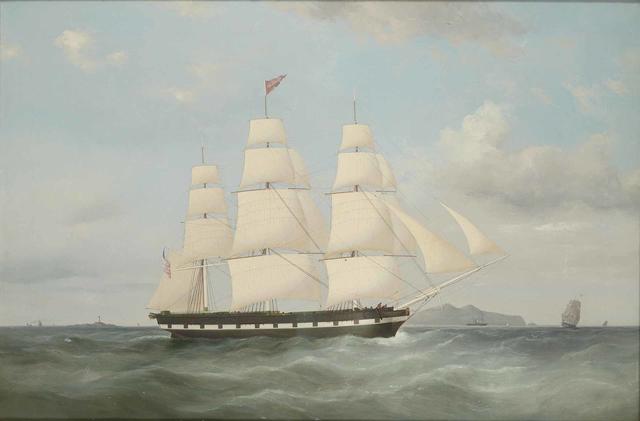 A 19th century painting of the Brooklyn, which embarked on perhaps the longest religious sea pilgrimage in recorded history.Duncan McFarlane

When San Francisco was a Mormon town

For a brief period before the Gold Rush, San Francisco was largely a Mormon town.

It was on this week in 1846 that the ship Brooklyn landed at San Francisco, then Yerba Buena. It carried 238 weary Mormons who had completed an epic journey from New York, five times farther than that of the Plymouth Pilgrims, in search of freedom from religious persecution.

They doubled the population of San Francisco, and took a central role in many of California's early historical developments. Within a year, they built 100 permanent structures in San Francisco, including the first bank, library, and English-speaking school. The group's leader, Sam Brannan, started the city's first newspaper, the California Star, and became its first millionaire. Other Mormons founded towns, pioneered farming, and became among the first gold miners.

For a time, San Francisco seemed like it could become the headquarters of the Mormon church. In 1847, Brannan traveled to meet the church's president, Brigham Young, who was himself journeying west via land, to plead with him to continue on to the paradise he had found in California. Young refused, preferring the isolation of Utah's Salt Lake Valley.

Still, California became firmly established within the so-called Mormon Corridor, adding another major Mormon foothold in the San Bernardino Valley that rivaled Los Angeles in size. Over the generations, the church's membership in California has grown steadily. Today, more Mormons live in California than any state but Utah.