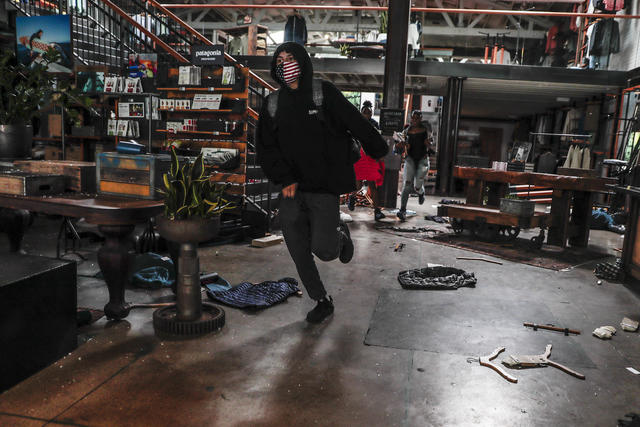 People plundered a Patagonia in Santa Monica on Sunday.

Cases of pillaging across California, like the brazen heist of a Bay Area car dealership on Sunday, have had the hallmarks of well-coordinated criminal operations, police and experts said. While some opportunists have joined in looting frenzies, experts say caravans of burglars have been capitalizing on chaos to stage widespread store thefts, communicating via messaging apps and hopping from protest to protest. A.P.

Less than an hour before he was fatally shot by a Vallejo police officer early Tuesday, Sean Monterrosa texted his sisters with a request that they sign a petition demanding justice for George Floyd. Now the death of Monterrosa, 22, has further fanned the flames of nationwide anger over police violence. "They executed him, there was no reason for them to kill my brother like that," his sister said. S.F. Chronicle | KGO 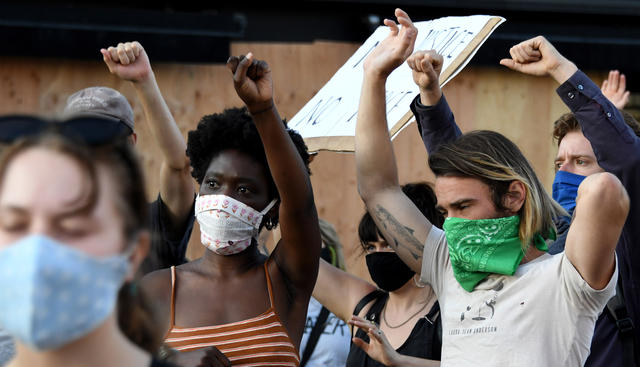 Protesters gathered in Pasadena on Thursday.

On Thursday, as a solemn memorial was held for George Floyd in Minneapolis, demonstrators again poured onto the streets of cities across California. A few snapshots:

After days of largely peaceful protests, curfews were lifted across much of the Bay Area, Los Angeles County, and the rest of Southern California. (L.A.'s mayor acknowledged that made him nervous.) Sacramento was a notable exception. The ACLU on Thursday demanded the capital city relent. "Sacramento seems to be digging their feet in the ground," an attorney for the group said. A.P. | Sacramento Bee 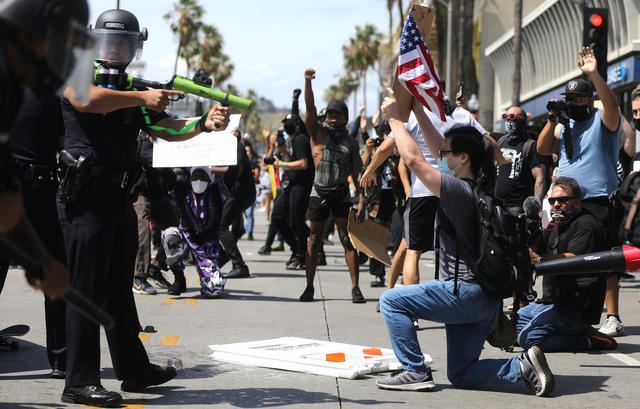 A police officer aimed a nonlethal weapon at protesters in Los Angeles on Saturday.

An LAPD vehicle barreling into protesters. Cops pummeling a young man on the ground. At least eight officers piling on a woman in the street and repeatedly stun-gunning her.

Citizen videos of troubling police actions in Los Angeles have been shared widely online. Asked for comment, a police spokesman said officers were dealing with "dynamic and at times dangerous situations" and had had rocks and bottles thrown at them. L.A. Times | KABC

Temecula's mayor resigned after sending an email that said he didn't "believe there's ever been a good person of color killed by a police officer." Circulated widely, the message set off an outcry. The mayor, James Stewart, explained that he is dyslexic and his message did not reflect what he meant to say. Press-Enterprise | A.P.

"If you're not (concerned), you're not paying attention to the epidemiology, to the virulence of this disease."

That was Gov. Gavin Newsom on Thursday as he warned Californians to brace for a surge of new coronavirus cases after days of protests and relaxed rules on businesses. Even so, there are no plans to slow reopening efforts, he said. A.P. | S.F. Chronicle

A great way to spread the virus, according to experts? Tear gas. L.A. Times | ProPublica 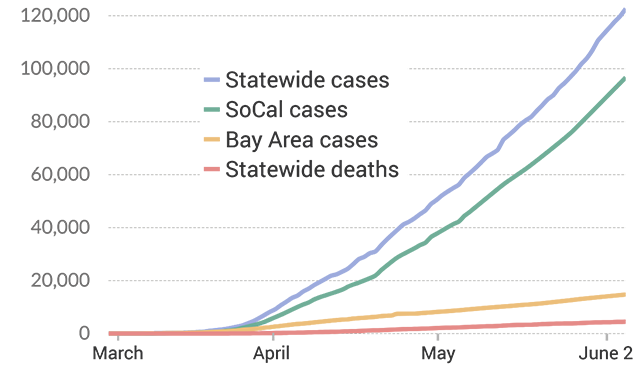 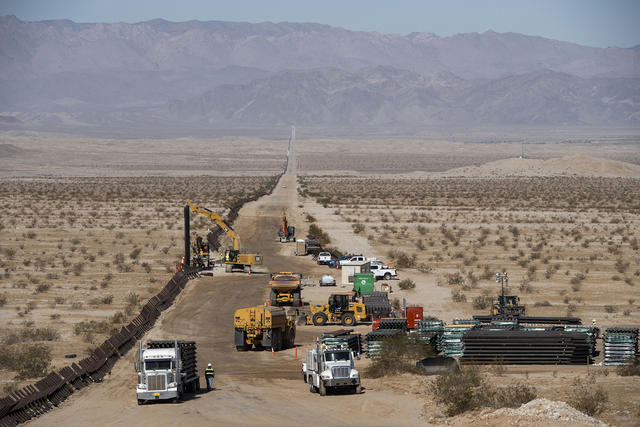 People have been sawing through President Trump's border wall with inexpensive power tools. Others have fashioned long, improvised ladders out of cheap metal rebar. Now contractors are being asked for ideas to make the barrier less vulnerable. Trump has continued to campaign for reelection on the $15 billion barrier. He's stopped, however, calling it "impenetrable." Washington Post

On this week's California Sun Podcast, host Jeff Schechtman talks with Eloy Ortiz Oakley, chancellor of California's 115 community colleges. Oakley said one of the pandemic's harshest blows has been to the livelihoods of students and their families. That's imperiled the education of those who lack the resources to learn remotely. "Everything has changed," Oakley said. "We have to now prepare ourselves to adapt to that change." California Sun Podcast

The author Miriam Pawel once observed: Californians talk about their weekend hiking plans the way New Yorkers talk about where they might have brunch. With the state now slowly emerging from its Covid hibernation, many residents have been daydreaming about getting immersed again in the Golden State's forests, deserts, beaches, and mountains.

The Sun reached out to top outdoors experts in each of nine California regions and asked the same question: If you had to name your absolute top 5 not-to-be-missed day outings, what would they be?

Over the next few weeks, I'm going to roll out their responses in their own words in the newsletter, then publish the whole thing online as a standalone mini guide.

First up, John Soares, the author of several Northern California guide books, gave his picks for the "far north" region, illustrated above, stretching from the Northern Sacramento Valley up to the Oregon border. 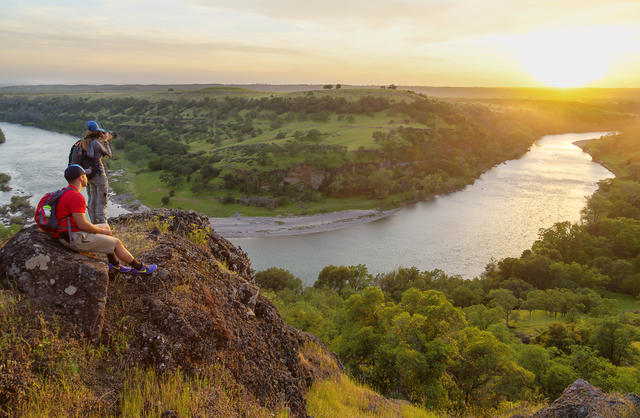 This extensive stretch of BLM land encompasses volcanic foothills beside the Sacramento River. A network of trails and dirt roads offers several hiking options, plus the open country encourages cross-country rambling, especially in spring when green grasses and wildflowers cover the landscape. 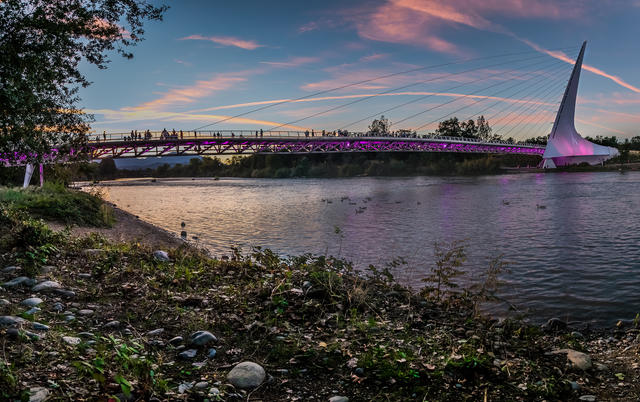 Redding is blessed with an abundance of paths, many broad and paved. The ones near the Sundial Bridge may be too popular right now, but check out the Sacramento River Trail loop west of Caldwell Park. There are also several local parks with more paved paths. Bonus: Walk Anderson River Park just 10 miles south of Redding, which has an array of dirt roads and paved paths open to hikers. 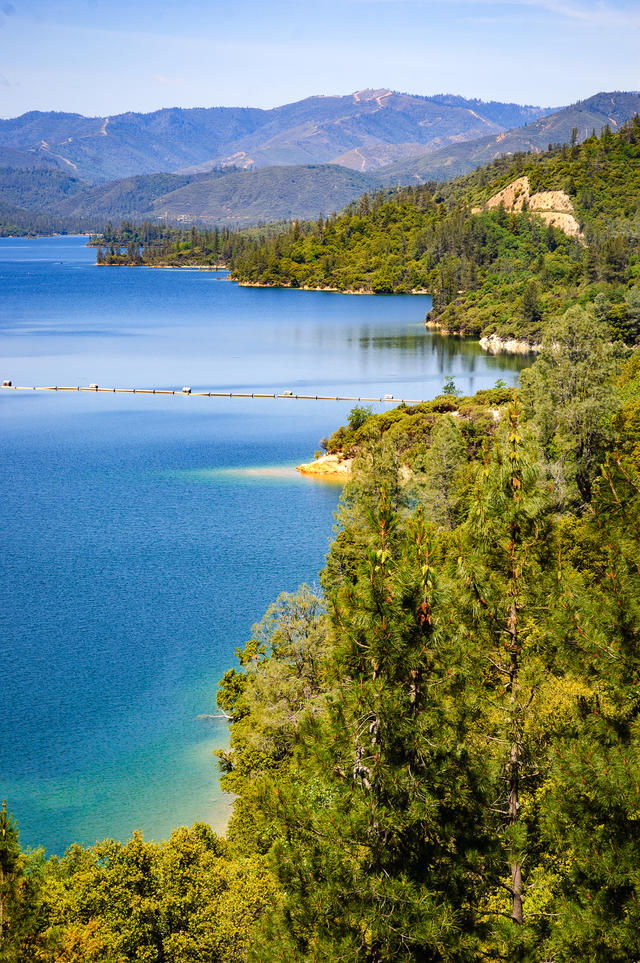 The sapphire waters of Whiskeytown Lake is beloved by anglers and kayakers.

This Shasta County jewel is a favorite with locals and visitors alike. Whiskeytown Lake nestles below massive Shasta Bally, and numerous trails explore the lakeshore, creeks, and forests. The 2018 Carr Fire hit this area hard, but the lake and vistas are still beautiful, and you can see how the landscape is slowly recovering. 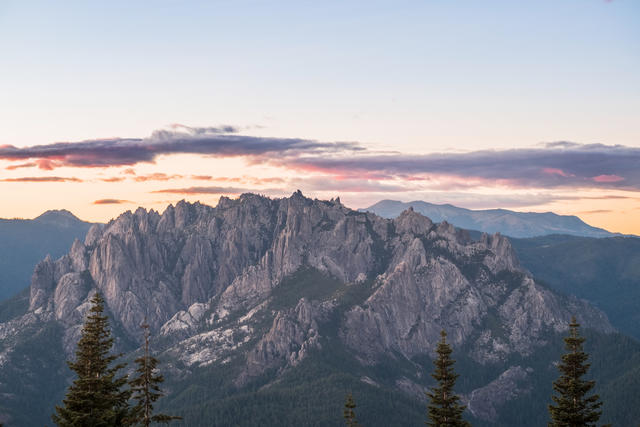 Granitic Castle Crags juts dramatically skyward along the west side of Interstate 5. Several paths for both beginning and experienced hikers run through the park, including the most spectacular: the Castle Dome Trail, which climbs steeply out of the park into the pure granite of Castle Crags Wilderness. 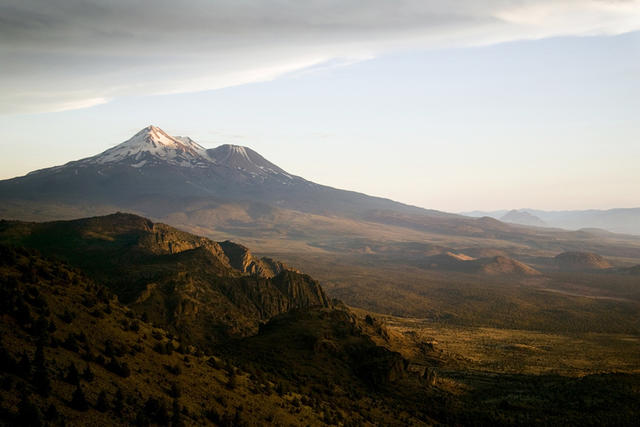 The poet Joaquin Miller called Shasta "lonely as God, and white as a winter moon."

Wherever you go, you almost always have a view of the magnificent mountain. Ascend the Spring Hill Trail, a dirt road that ends at the top of a small volcano on the north side of Mount Shasta city. Also explore the Gateway Trail system off Everitt Memorial Highway just outside the town limits; it's a favorite with mountain bikers, but hikers are welcome on the dirt roads and newly constructed single-track paths. Finally, head out to the Lake Siskiyou Loop Trail, a broad and flat ramble that runs through forest and near the lakeshore, allowing excellent views of Mount Eddy and Mount Shasta. 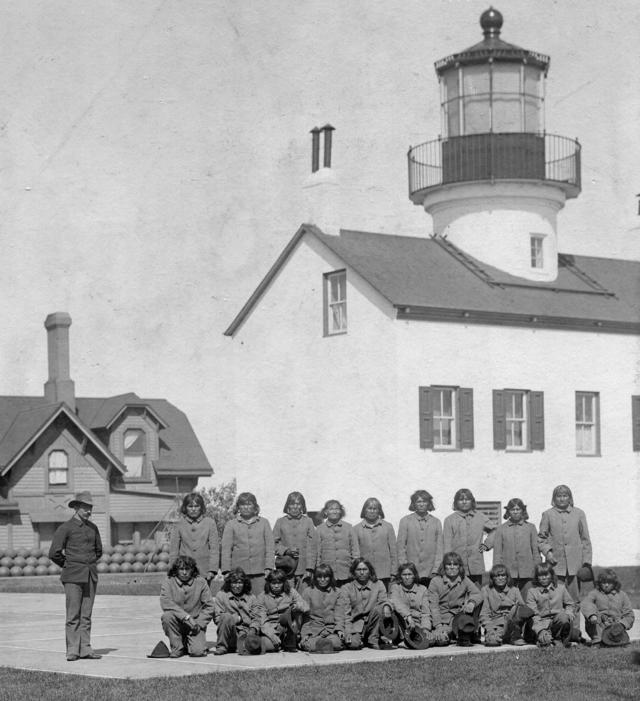