Please note: The newsletter will pause for Easter weekend. Back in your inbox on Tuesday.

The number of Covid-19 patients requiring intensive care dropped for the first time since California began tracking, Gov. Gavin Newsom said. Those in ICU beds fell 1.9 percent on Wednesday to 1,132. Newsom noted that one data point is not a trend. "I caution anybody to read too much into that," he said. "But nonetheless, it is encouraging." Mercury News | A.P. 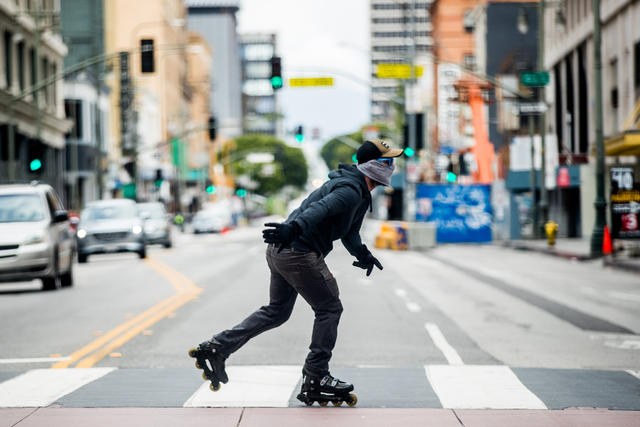 A rollerblader donned a mask in Los Angeles on Wednesday.

Los Angeles County, which has roughly 40 percent of the state's cases, reported one its smallest daily increases of new infections on Thursday: 425. Daily counts can fluctuate by hundreds. Still, it was far below the 1,000 or more cases officials were predicting by this point. "The data is encouraging," the county's top health official said. Daily Breeze

Infections at a Safeway warehouse in Tracy, a confirmed case among the Hoopa tribe in Humboldt County, and a first death in Berkeley. Here are the latest coronavirus totals, according to tallies by the S.F. Chronicle and N.Y. Times: 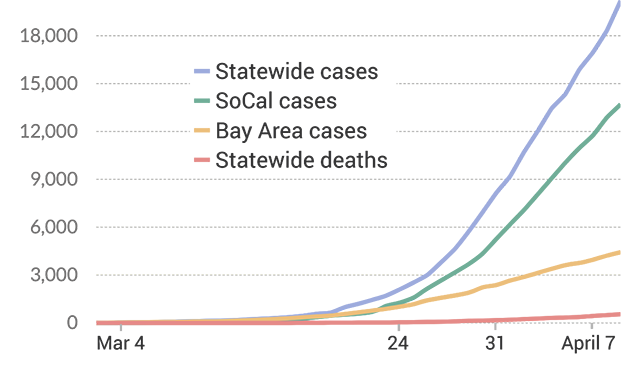 Landmarks across California were illuminated in blue on Thursday to honor health care workers. Below, a selection of images. 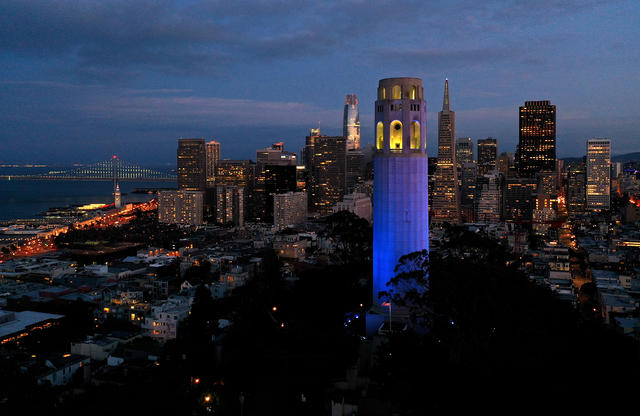 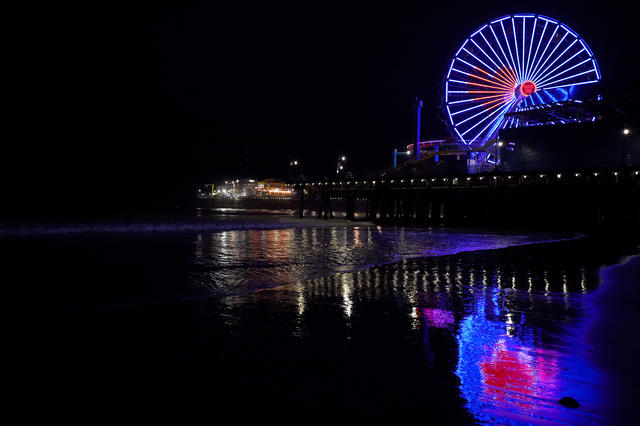 The Pacific Wheel on the Santa Monica Pier. 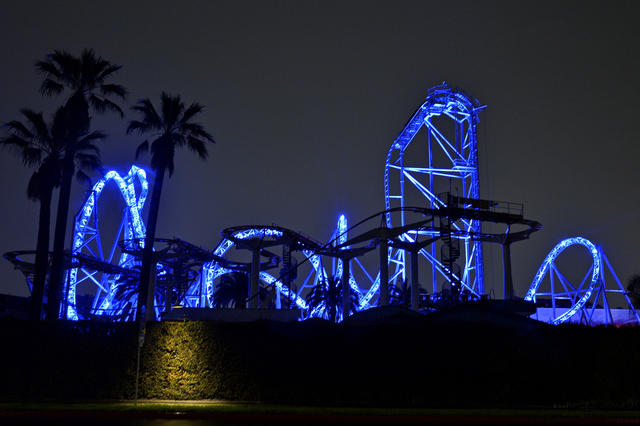 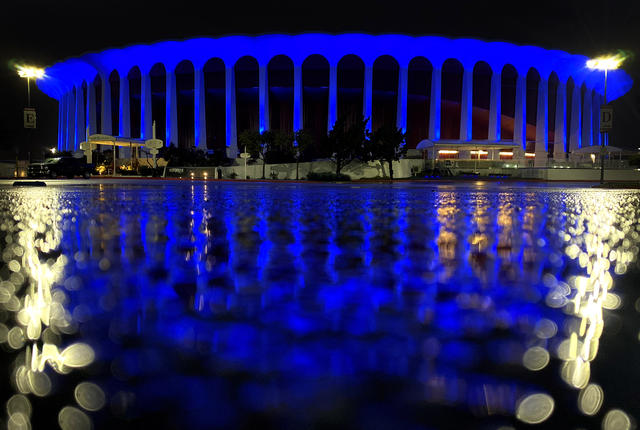 The Forum in Inglewood.

Californians who have lost work will get an extra $600 in weekly unemployment benefits starting on Sunday, Newsom announced. The payouts will be drawn from a federal stimulus package signed into law recently by President Trump. "That will make the difference for people — whether they can make it or not in this state," a state lawmaker said. L.A. Times | S.F. Chronicle

A staggering 2.3 million Californians have filed unemployment claims in the last month. If it continues this way, an economist said, the state will face a downturn not seen since the Great Depression. Sacramento Bee

A few examples of the toll on high-profile California businesses: 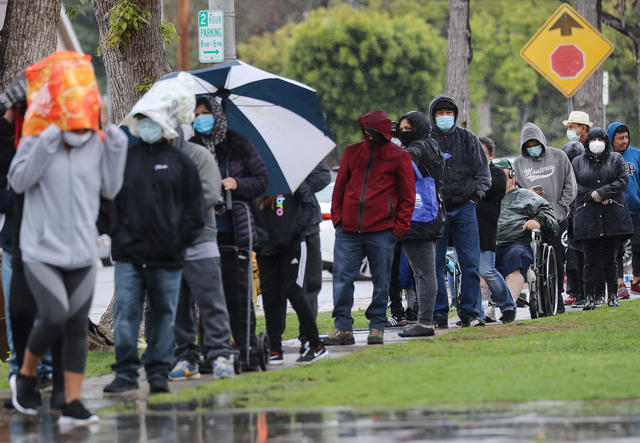 People waited to receive food in Van Nuys on Thursday.

A pop-up food pantry in the San Fernando Valley on Thursday drew so many people that the line of cars stretched about a mile, a sign of how the coronavirus pandemic has hurt the state's working poor. "At first, we were feeding two, three, four hundred families. Now it's turning into thousands," a volunteer said. Reuters | KTLA

A public teleconference with California regulators to discuss limits on sportfishing was canceled after more than 500 people got on the call and began heckling, calling officials "fascists" and shouting "make fishing great again." Earlier this week, a group of conservative politicians, sheriffs, and media outlets told social media followers that the administration was planning to cancel the entire fishing season. That was never contemplated, officials said. Sacramento Bee | Lost Coast Outpost 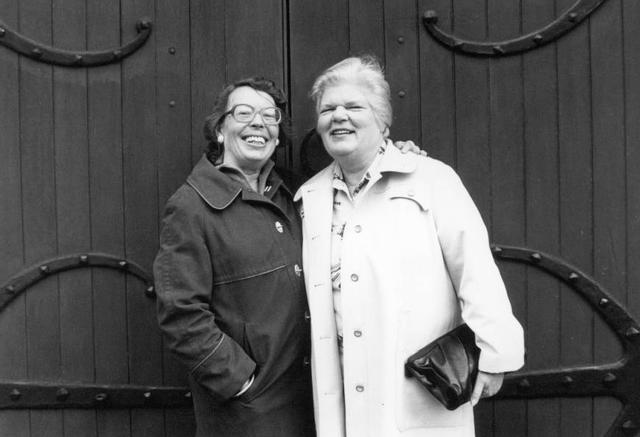 "We lost a giant today."

Phyllis Lyon died of natural causes at 95. A gay rights pioneer, she was a founding member of the Daughters of Bilitis, a secret group formed in 1955 that aimed to combat the loneliness and isolation of lesbians. It grew into the first national lesbian rights organization in the U.S. In 2008, Lyon and her partner, Del Martin, were the first same-sex couple to be legally wed in California. San Francisco Bay Times | S.F. Chronicle 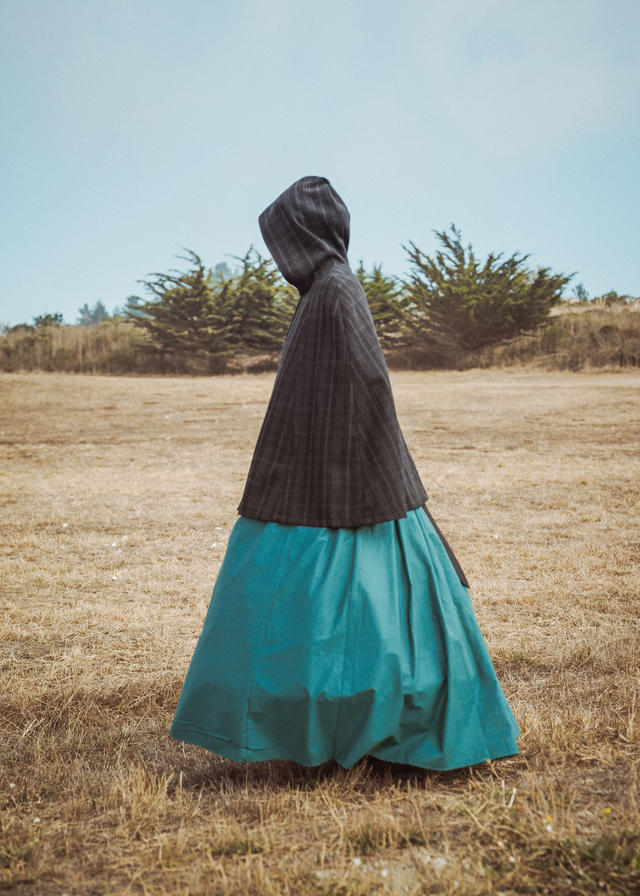 Every few weeks or so, the crackle of musket fire echoes across the golden fields of California as men clad in uniforms of the Union and Confederate armies face off in pretend battle. Never mind that the state is located more than 150 years and a world away from the main theaters of the conflict: Many Californians, it turns out, are really into the Civil War. The photographer Brandon Tauszik captured a series of gorgeous images of the state's Civil War reenactors. California Sun