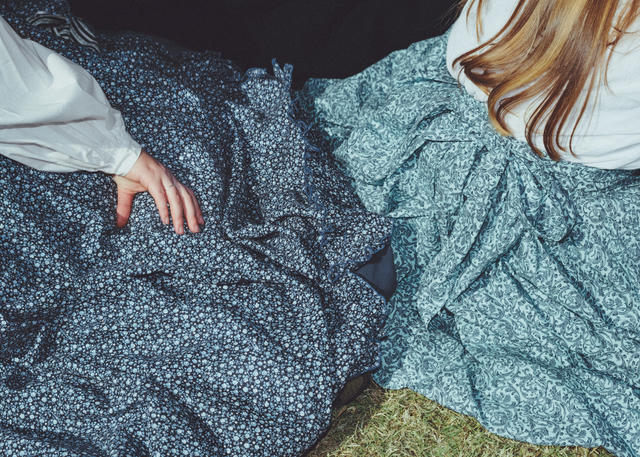 In California, Civil War reenactors brandish the Southern cause

Every few weeks or so, the crackle of musket fire echoes across the golden fields of California as men clad in uniforms of the Union and Confederate armies face off in pretend battles.

Never mind that the state is located more than 150 years and a world away from the main theaters of the conflict: Many Californians, it turns out, are really into the Civil War. About half a dozen groups hold roughly 20 mock battles a year from Half Moon Bay to Huntington Beach and beyond.

It was the incongruity of it all that caught the eye of Oakland photographer Brandon Tauszik, who spent three years immersed in the world of Civil War reenactments in Northern and Central California. Visually, the settings introduce jarring anachronisms — such as redwoods and sequoias — in a hobby that prizes fidelity to the 1860s South. Politically, Tauszik said, the reenactments tend to be conservative spaces in one of America's bluest states.

Participants say they are drawn to the events for several reasons — camaraderie, love of history, sartorial escapism — but for many, personal political views play a role. Walk through the parking lot at a Civil War reenactment and find any number of bumpers plastered with NRA, Maga, and "Don't Tread on Me" messages.

Shawnee Iacono, a Confederate reenactor who grew up in the Central Valley, said she gravitated to the hobby through her love of the South as expressed in romantic depictions such as "Gone With the Wind." Civil War reenactments aim to restore "the truth," Iacono said. For example, she explained, while differences over slavery certainly factored into the war, the average Confederate soldier yearned only for states' rights.

Asked if some reenactors hold genuine admiration for the Confederacy, Iacono balked: "OK, well, when you say Confederacy, you have to give it, I mean, pro-Southern? Because all of this drama's been over a flag."

Reenactment groups call what they do "living history," with a mission to educate the public. But professional historians trace their origins to efforts that began long after the war to valorize the Confederate cause. Crucial to that project has been the erasure of slavery from the story, said James Campbell, a professor of American history at Stanford.

"And it's far easier to do that," he said, "if you imagine soldiers as embodying a shared heroism, and both sides fighting for valid principles, as opposed to imagining that one side was fighting in defense of the right of human beings to own other human beings."

But why should reenactment culture resonate with Californians? It's perplexing, Campbell said. But it's not just California. Civil War reenactments are held in places as far flung as Hawaii and England. "It's become a kind of creation story that Americans tell about themselves," Campbell said. "It's a period of time that has been cast in this sepia glow."

Tauszik, the photographer, cited an additional motivation: reenactments seem like good fun. The thrill of living inside a 19th-century tintype has an appeal all of its own, drawing families and spectators. Participants typically camp out under the stars. "It's very romantic," Tauszik said. "There are campfires. The women stay behind during the battles and cook beans and make bread."

The beauty and elaborate detail of the gatherings shine through the photography of Tauszik, who aimed to portray his subjects without judgment or irony. The result, said Campbell, who wrote an accompanying essay with the project, are images that invite "not ridicule but curiosity about people whose commitments might differ from our own."

Tauszik shared some of his photographs with the California Sun. See a selection, below, and more from his project, "Pale Blue Dress," here.