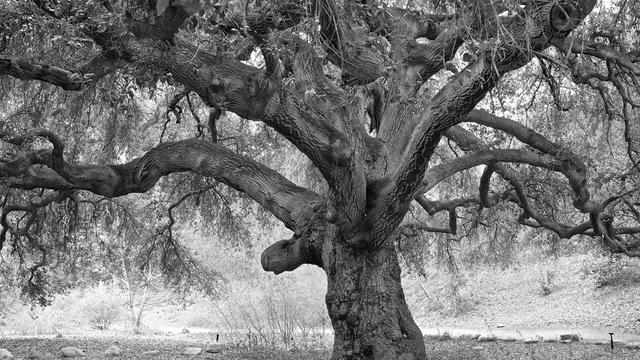 The live oak is one of California's signature trees.

The virulent pathogen known as sudden oak death has killed millions of oak trees along California's coast over the past quarter century. This year, the infection rate almost doubled. In some places, it increased tenfold. A new study said the die-off threatens to devastate not only the forests but dozens of animals who rely on the trees for food and shelter. S.F. Chronicle

A top aide to Democratic presidential candidate Tom Steyer offered campaign contributions to local politicians in Iowa in exchange for endorsing his White House bid, multiple sources told the A.P. The overtures weren't illegal, but they've revived criticism that the San Francisco billionaire is trying to buy his way into office. Steyer dropped an astounding $47 million on his campaign over the summer. A.P. 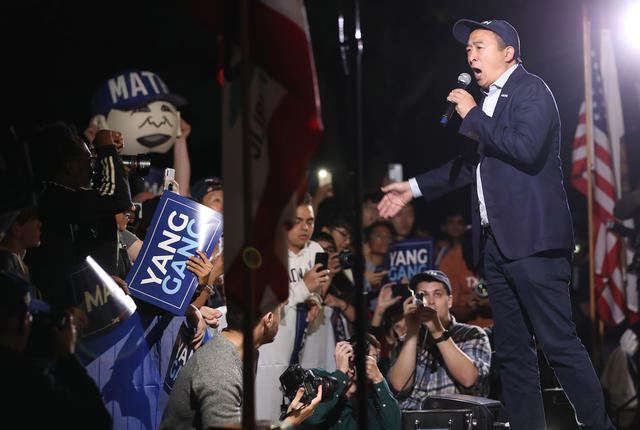 Andrew Yang spoke at a rally in Los Angeles on Sept. 30.

On this week's California Sun Podcast, host Jeff Schechtman talks with tech entrepreneur and presidential candidate Andrew Yang about the looming upheaval of automation. "We're in the third or fourth inning of the greatest technological and economic transition in human history," he said, "and by the time we get to inning six or seven it's going to be chaos." California Sun Podcast 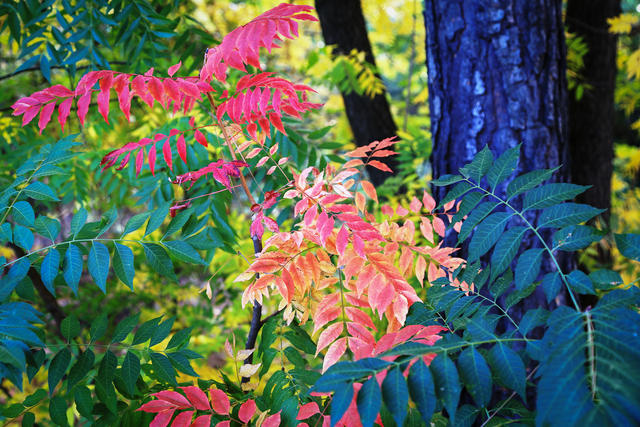 A Chinese pistache aglow in Chico on Sunday.

It's November, which means California's fall colors are parading out of the mountains and into the foothills and urban forests. Reports at Californiafallcolor.com showed leaves aglow in Los Angeles, Placerville, and Chico. Which California city rules autumn? According to fall foliage connoisseur John Poimiroo, the honor arguably goes to Sacramento, where early settlers lined the boulevards with elms, oaks, and sycamores to guard against the Central Valley's baking hot summers. California Fall Color

Sacramento's forest canopy is denser than those of Seattle, Boston, Amsterdam, or Paris. California Sun 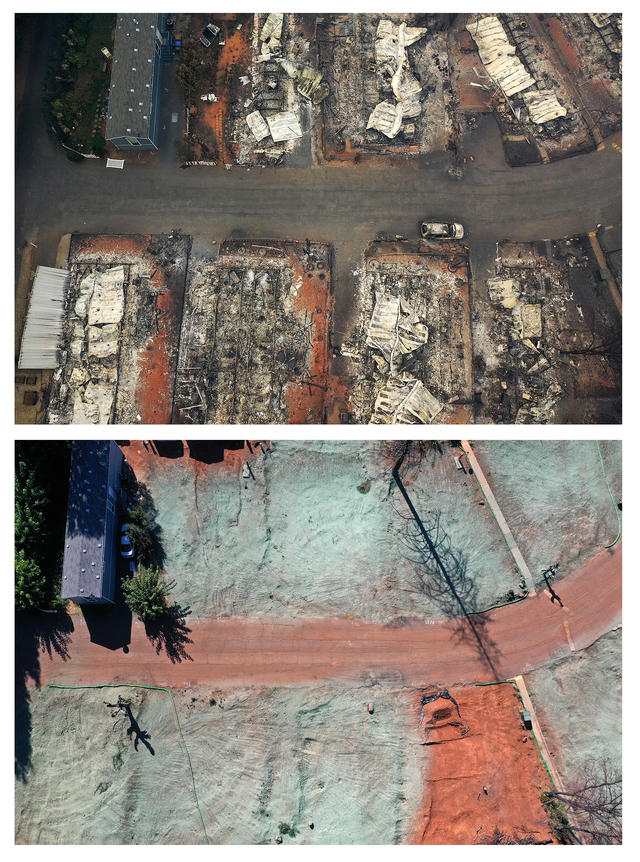 A before-and-after view of a neighborhood in Paradise.

About 14,000 homes were destroyed in the Camp Fire, which broke out on this day last year. Now a new version of the town of Paradise is emerging — slowly. Just 14 homes have been rebuilt. Fewer than a fifth of the town's 27,000 residents have trickled back, most living in trailers. "We have a beautiful, thriving community," said the town manager. "Smaller than it once was, but very big in spirit." S.F. Chronicle | The Guardian

In the last 20 years, more acres have burned in wine country than in the entire previous half-century. Here are some eye-opening maps. L.A. Times

A paradox of firefighting in California: The state's foothill communities are more likely to face fire danger, but also more likely to vote down measures to bolster their fire departments. That's because many conservative-minded voters are skeptical that higher taxes would help. "More firefighters would not have stopped the Camp Fire," a small town mayor said. Sacramento Bee

Two men charged with killing a sheriff's deputy in the foothills east of Sacramento were Mexican nationals in the country illegally. At a news conference Thursday, law enforcement officials sharply criticized California's sanctuary laws. "If you get the sense I'm angry today, I am angry," said U.S. Attorney McGregor Scott. "I am angry because we have illegal aliens in an illegal marijuana grow who killed a cop. That is bad." Sacramento Bee | KTXL 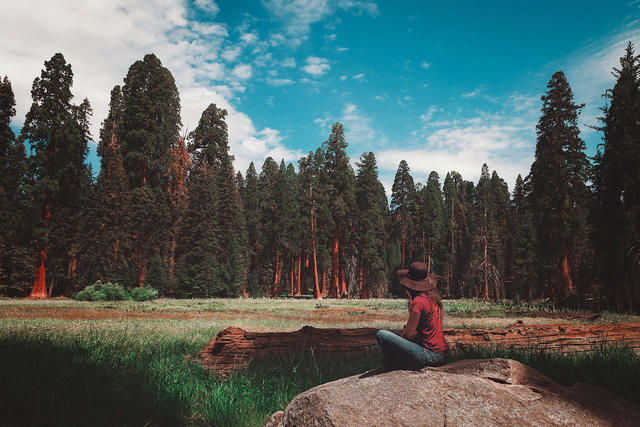 The benefits of down time are pretty well established.

The latest fad in Silicon Valley is dopamine fasting. People are setting aside blocks of time do nothing. No music, no exercise, no eating, no screens, no sex. "We're addicted to dopamine," explained an enthusiast. "And because we're getting so much of it all the time, we end up just wanting more and more, so activities that used to be pleasurable now aren't. Frequent stimulation of dopamine gets the brain's baseline higher." N.Y. Times | Inverse

A woman ran through a swarm of flies on a trail in Monterey County, then found wriggly parasitic worms in her eye. It was only the second known case of eye infestation in humans by Thelazia gulosa in the U.S. It's more common in cattle, whose eyes get infested with larvae transported by flies. Live Science

In a crucial vote, Southern California's regional planning association adopted a housing plan that encourages coastal communities to accommodate more than 1 million new houses over the next decade — more than triple the amount of both Riverside and San Bernardino counties. The decision was a victory for those who say homes should be added near transit and jobs centers, reducing the need for long commutes. L.A. Times | City News Service 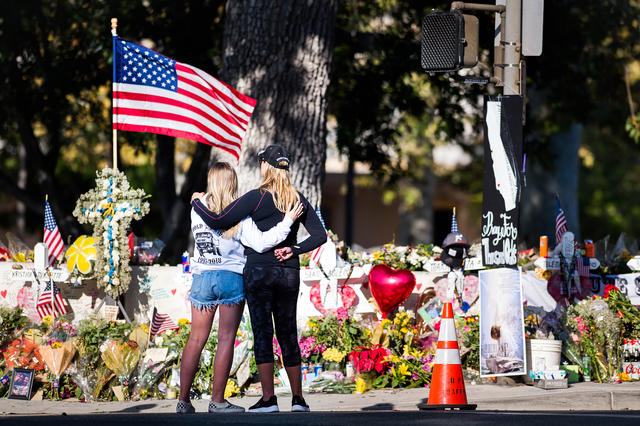 Two women visited a memorial to the Borderline Bar victims in Thousand Oaks on Nov. 16, 2018.

This week is the one-year anniversary of the mass shooting at the Borderline Bar & Grill in Thousand Oaks. In May, Kathy and Ken Dunham hired a tattoo artist to ink on their skin the last words their son Jake wrote to them. For Kathy, it was a message from a Mother's Day card, inscribed on her forearm. Ken's tattoo in the same spot quotes the last birthday card Jake gave him.

"He had just turned 21, so we were able to go out together," he recalled. "I got off of work early, so he picked me up. We went and had some beers at some of the brewhouses and just had a good afternoon. That's what this card represents, is that day." L.A. Daily News

One firefighter in Los Angeles earned $360,010 in overtime alone last fiscal year, an audit found. In all, 18 firefighters earned more than $200,000 in overtime. Another finding: A traffic officer put in 3,702 hours of overtime. That means more than 10 hours a day for 365 days. "There is clearly a need for better oversight and regulation to improve staffing," wrote City Controller Ron Galperin. L.A. Times | USA Today 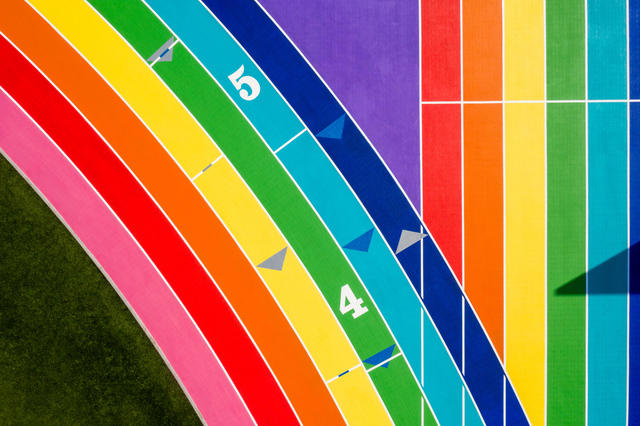 The track at Los Angeles City College got a new design that promotes inclusivity.

Nike painted the running track at Los Angeles City College in rainbow colors. The track, which is one of the largest permanent rainbow flags in the world, was unveiled on National Coming Out Day last month. Dezeen 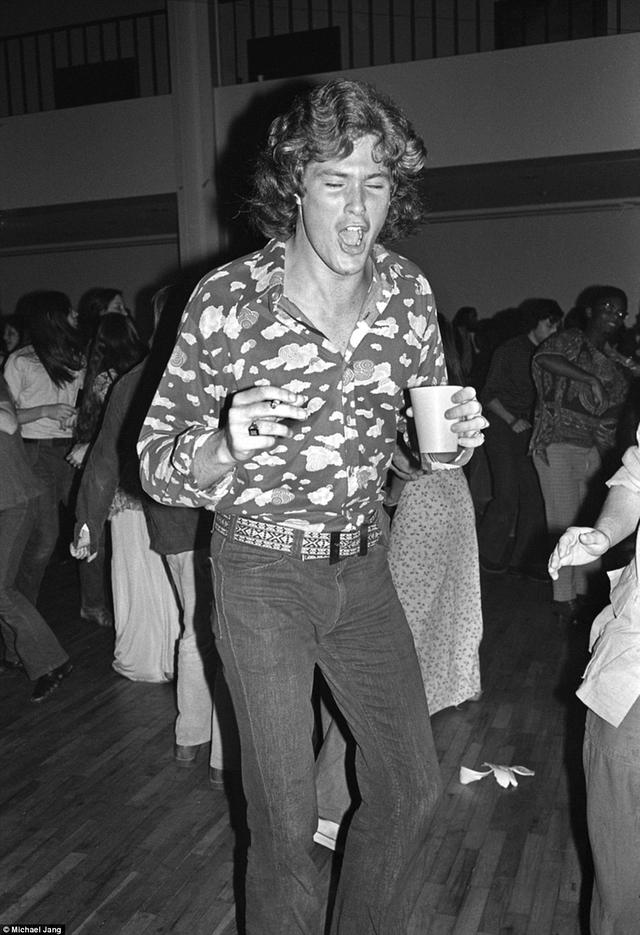 David Hasselhoff partied at CalArts in the 1970s.