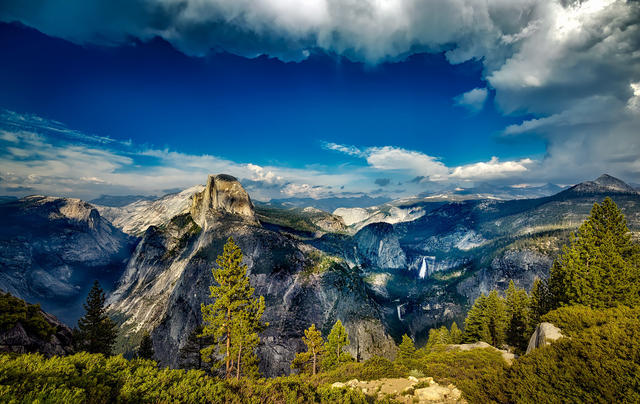 Among Lopez's reasons to live in California: "The beaches, the mountains, the deserts, the sunsets ..."

Columnist Steve Lopez, a California treasure, skewered the latest round of pronouncements that the Golden State had become unlivable: "Do we sit around in California wondering if the Southeast — where many states are governed by Republicans, not wifty liberals — is unlivable because decades of construction on fragile coastal land has put millions of people in the direct path of killer hurricanes?" L.A. Times

PG&E workers have been on the receiving end of intense customer anger over blackouts and fires. There have been death threats. Some workers have had objects thrown at them. An angry motorist ran one worker off the road. The backlash has gotten so bad that Gov. Gavin Newsom addressed it: "They're your community members," he said of the workers. "They send their kids to the same school you send your kids to. They didn't create this mess. They're trying to fix it." Sacramento Bee | S.F. Chronicle

A growing number of wealthy Californians are hiring their own teams of private firefighters. Depending on who you ask, they are yet another example of systemic inequality, or they're offering a necessary service beyond what public agencies can provide. "It would be like a temporary worker during Christmastime," said one firefighting entrepreneur. "Retail has them, why wouldn't fire season have them?" N.Y. Times 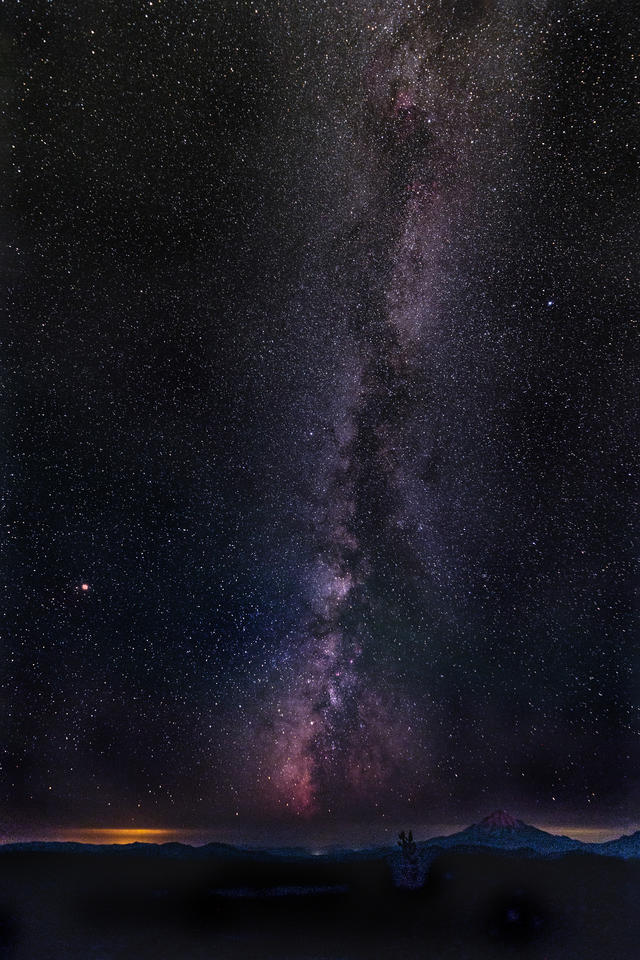 A view of the Milky Way near Mount Shasta in the summer of 2018. That's Mars to the left.

“Brilliant.” ”Absolutely gorgeous." "Like a bunch of celestial grapes."

Power shutoffs are costly, infuriating — and a rare invitation to ponder the cosmos. The dimming of lights across large areas of Northern California has had at least one felicitous effect in dimming light pollution that normally obscures the night sky. Residents reached by the California Sun described resplendent skies in Santa Cruz, Sonoma, Mendocino, and Humboldt counties. "It was spectacular," wrote Catherine Hughes, who lives on the outskirts of Santa Rosa. She added, "There were so many stars that it made you feel dizzy — like the sky was slowly moving."

Clustered as Californians are in gleaming coastal cities, it's easy to forget that the state has some of the country's best stargazing. But travel a few hours, plop down a folding chair in the desert, and you could almost imagine you're sitting on another planet. Here are 10 of California's best spots for stargazing. KCET

And here's a fantastic light pollution map that uses satellite data to show the darkest areas in California and beyond. Lightpollutionmap.info 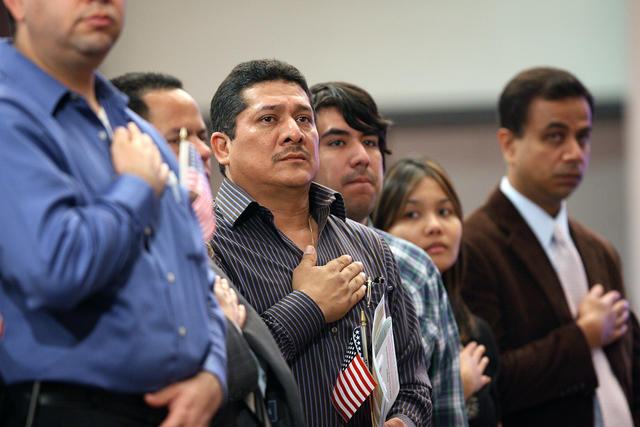 People from El Salvador, the Philippines, China, and other places were sworn in as U.S. citizens during a naturalization ceremony in Montebello in 2009.

On this week's California Sun Podcast, host Jeff Schechtman talks with Dr. Manuel Pastor, USC professor of sociology and American studies and ethnicity on how the future of work, politics, and race can be found in California. He made the observation that the demographic changes now sweeping the nation — and their attendant anxieties — already happened in California in the 1980s and '90s. Adapting the famous Wallace Stegner quote, he said, "California is America, just sooner." California Sun Podcast 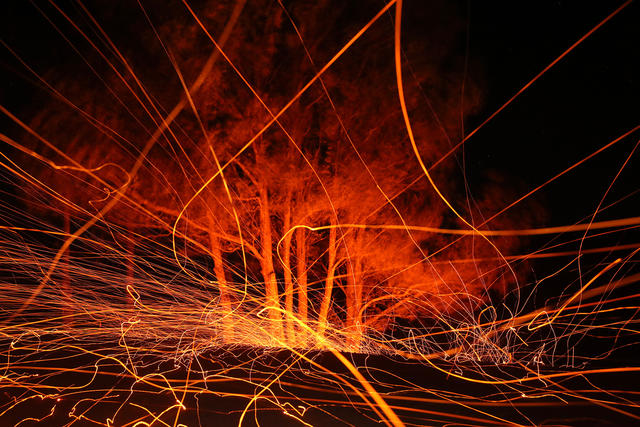 Embers flew from trees in Calistoga on Tuesday.

The S.F. Chronicle used satellite images to create a dramatic interactive feature showing where the Kincade Fire began and how it grew into California's biggest blaze of 2019. It shows the PG&E transmission tower that may have been the culprit relative to the first houses burned on Red Winery Road. S.F. Chronicle

In an open letter to Mark Zuckerberg, Aaron Sorkin denounced the Facebook leader's defense of false political ads. "This can't possibly be the outcome you and I want," he wrote, "to have crazy lies pumped into the water supply that corrupt the most important decisions we make together." N.Y. Times

While numerous state attorneys general have launched antitrust investigations into Google and Facebook, California Attorney General Xavier Becerra has been curiously absent. Asked about it, he replied: "How do you know we're not investigating?" N.Y. Times 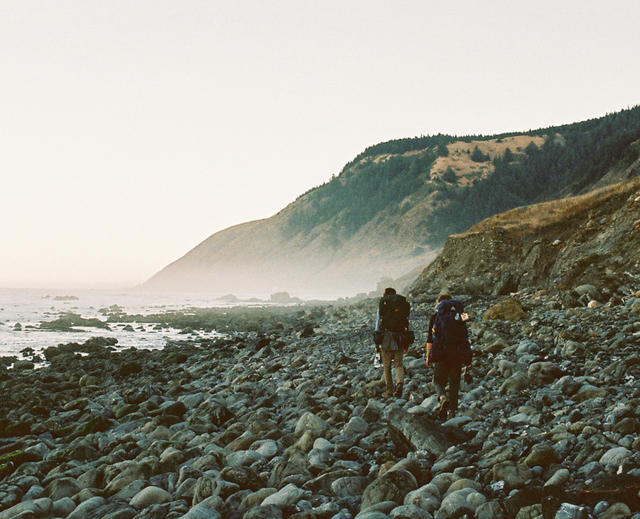 Visitors to the Lost Coast are submerged in nature.

The Lost Coast is so forbidding that the builders of Highway 1 declared it impenetrable. For wilderness lovers, it's paradise. A writer and photographer took an adventure along 12 miles of the undeveloped beachfront and came back with some dreamy film photos and sound advice. One tip: Don't wear shorts. Field Magazine 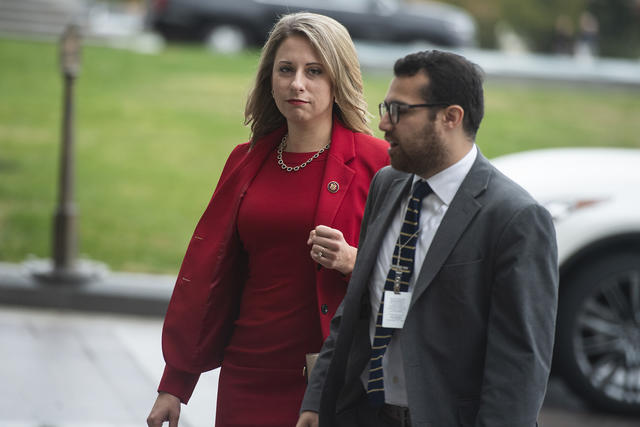 Rep. Katie Hill, of Santa Clarita, arrived at the U.S. Capitol on Thursday.

Reporters dug into the backstory of Rep. Katie Hill's downfall. The Democratic congresswoman's estranged husband was shopping around "the whole story" about their divorce. Then nude photos of Hill were given to Republican consultants who previously worked for her 2018 rival, Steve Knight, and published on a conservative website. Hill announced her resignation days later. Knight said he might run for her seat. L.A. Times

Hill delivered a defiant farewell speech in Congress: "I am leaving because of a misogynistic culture that gleefully consumed my naked pictures." Washington Post | Politico

Last year, Nestlé siphoned 45 million gallons of spring water from a creek in the San Bernardino Mountains and bottled it under the Arrowhead Water label. The creek is on public land, yet the multibillion-dollar Swiss company paid practically nothing to the state or U.S. government. Now, say conservationists, some of the creek beds are bone dry and once-gushing springs have reduced to a trickle. The Guardian 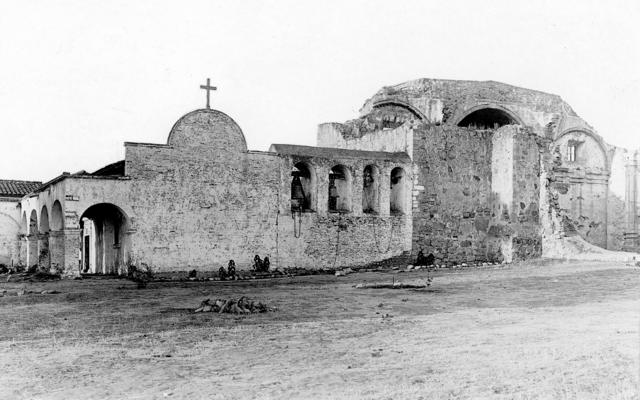 Mission San Juan Capistrano, circa 1919. Its bells will ring today in commemoration of its founding.

Dedicated on this day in 1776, Mission San Juan Capistrano is known as the "jewel of the missions." The structure hums with California history. It's the oldest building still in use in the state. It's the site of California's first winery. And it's the only surviving church where Junipero Serra said mass. KCET | Atlas Obscura

Across the railroad tracks from the mission is California's oldest continually occupied neighborhood, Los Rios, where the adobe homes date to the 1790s. California Through My Lens 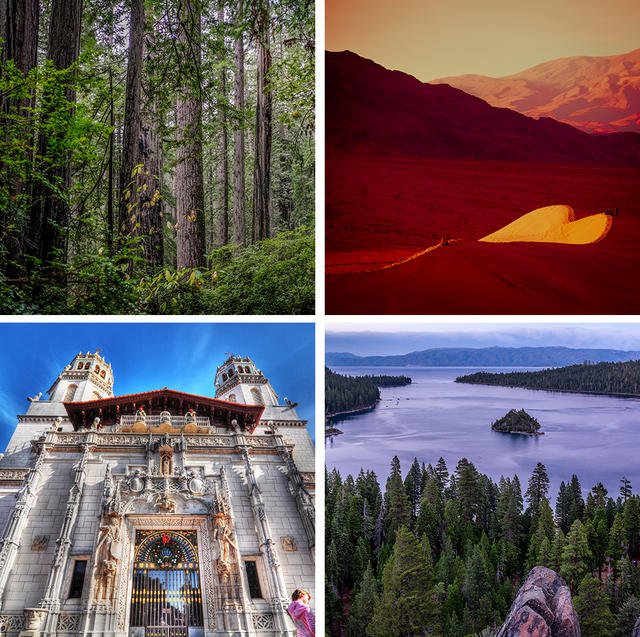