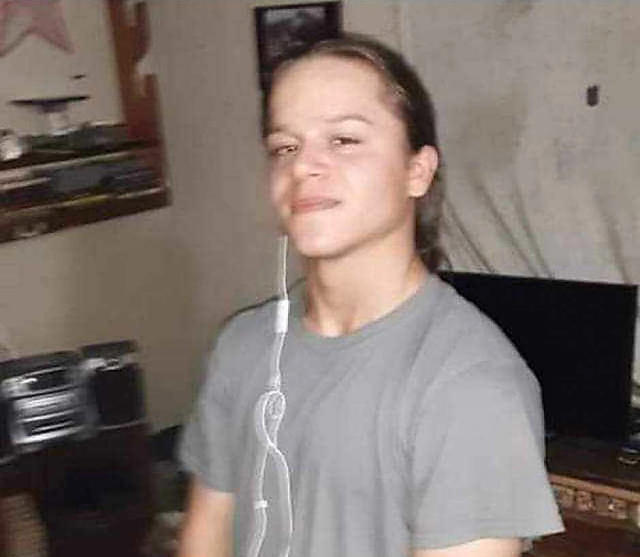 The death toll from a collection of fires now known as the North Complex in Butte County rose to 10 on Thursday after searchers located seven additional bodies. Among the dead was a 16-year-old boy named Josiah Williams, pictured above, of Berry Creek. “He was alone, terrified, and ran for his life," his mother said. Another 16 people remained missing. A.P. | S.F. Chronicle | CBS13 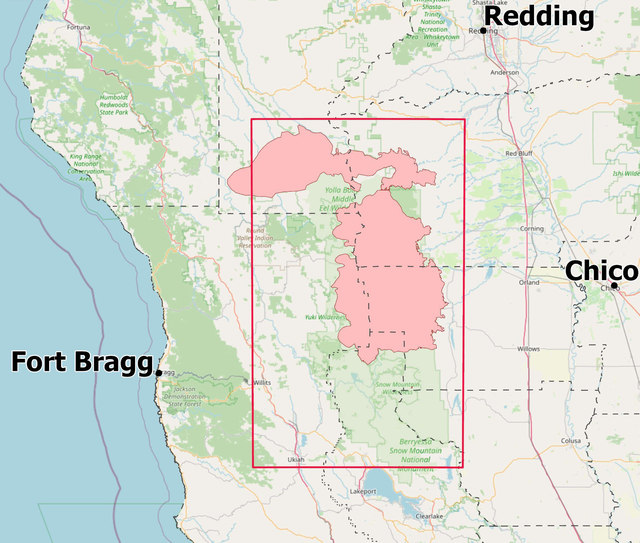 The larger blob shows the boundaries of the August Complex fire, burning across five counties.

The August Complex fire, burning in the Mendocino National Forest, is now the largest blaze in California history, having spread to more than 730 square miles. It began as more than 30 separate fires sparked by lightning in mid-August. Burning in a remote area, it's killed one person and destroyed 26 structures. L.A. Times | Mercury News

Another possible record: scientists believe the pyrocumulonimbus cloud that formed above the Sierra National Forest on Saturday may have been the biggest ever produced over U.S. soil. Thalia Dockery, an airline passenger, captured this amazing photo. 👇 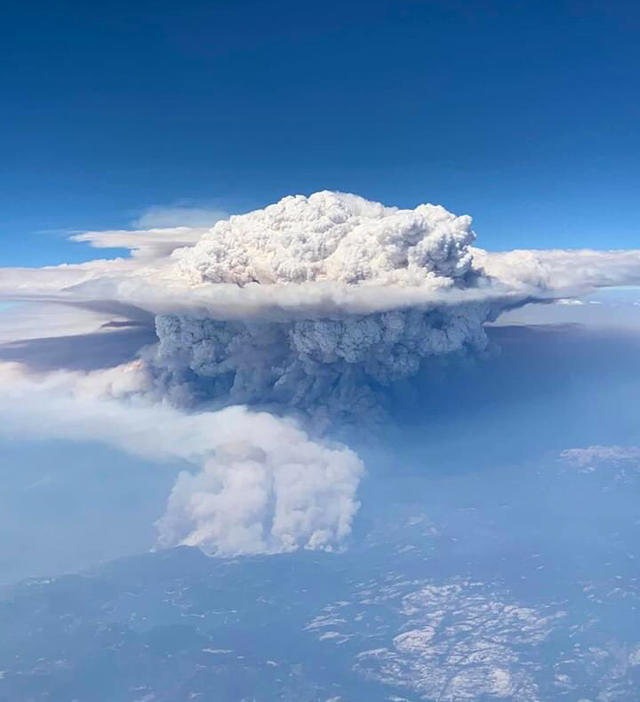 Six of the 20 largest wildfires in modern California history have erupted this year. Climate experts say the crisis is an example of something they've long worried about: a cascade of disasters that overlap and amplify one other. “People are always asking: ‘Is this the new normal?'" one expert said. "I always say no. It’s going to get worse.” N.Y. Times

Not only has the breadth of California's wildfires surpassed that of past fire seasons, so has the intensity of the flames. An eye-popping chart. 👉 @dmarvs 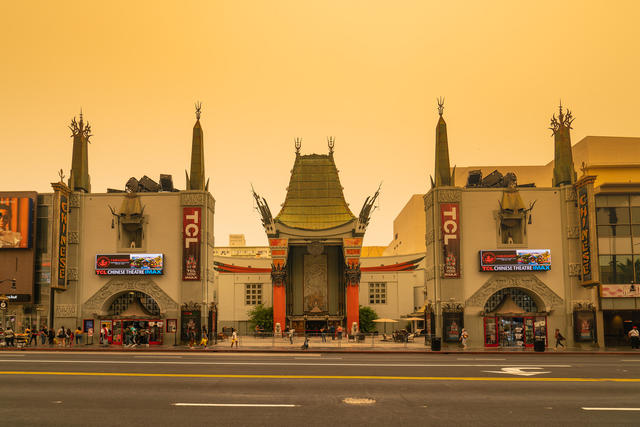 A hazy Hollywood Boulevard on Thursday.

Los Angeles was choked by the worst ozone pollution in a generation over Labor Day weekend, according to air quality readings. The pollution has been similarly brutal across the state. "What’s notable is that it’s everywhere,” an expert said. “So no matter which way the wind blows you’re getting hit by smoke and ash.” A respite wasn't expected until next week. L.A. Times | A.P.

“The claustrophobia of this — of fire turning the entire West Coast dim with smoke, on top of the fear, isolation, and long-term lockdown imposed by the pandemic — is almost too much to bear.” The Atlantic

The coronavirus may have reached Los Angeles even before China announced its outbreak. A new analysis of medical records revealed that the number of patients complaining of coughs and respiratory illnesses surged at UCLA hospitals and clinics beginning in December and persisted through the end of February. L.A. Times | Washington Post

California State University, the country’s largest four-year public university system, announced that classes at its 23 campuses would remain virtual for the spring term. The chancellor cited forecasts that infections would spike this winter. The system has faced a backlash for charging campus fees even as classrooms are shuttered. EdSource | A.P. 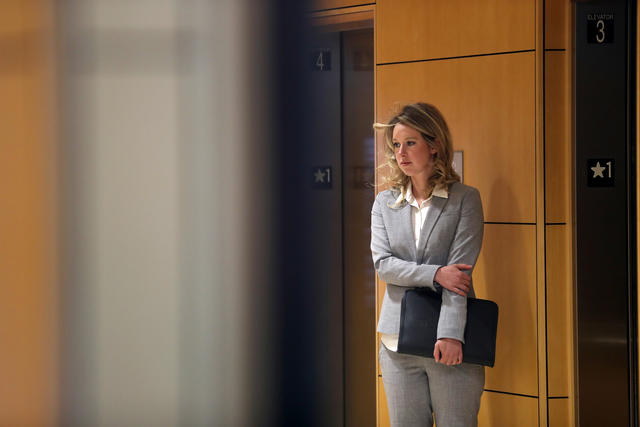 Lawyers defending Elizabeth Holmes, the disgraced leader of the blood-testing startup Theranos, said they planned to introduce evidence of a “mental disease or defect” bearing on the issue of guilt in her criminal trial. The judge authorized a psychiatric examination of the 36-year-old, who is accused of defrauding investors out of hundreds of millions of dollars. Bloomberg | Reuters

Roughly 40,000 needy California seniors were cut off from free food boxes over the summer. Why? An arcane federal rule intended to prop up the dairy industry requires that government aid packages include cheese, which is perishable and harder to distribute during the pandemic. And the government refused to extend a waiver of the cheese rule. L.A. Times 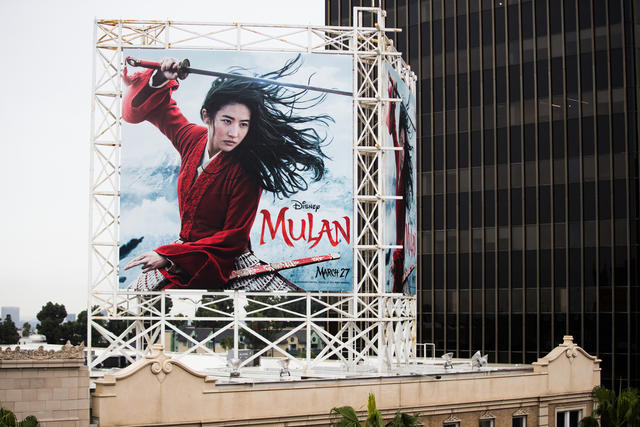 An ad for Disney's "Mulan" in Hollywood.

The New York Times described Disney's much-anticipated film "Mulan" as “lightly funny and a little sad, filled with ravishing landscapes.” But according to China researcher Isaac Stone Fish, the movie has a dark side: the Burbank entertainment giant cozied up with four propaganda departments in the region of Xinjiang, the site of a genocide against Muslims. "This is a horrific," Fish wrote. Washington Post

On this week's California Sun Podcast, host Jeff Schechtman talks with Jeffrey Tumlin, who leads San Francisco’s transit system. One takeaway from the changes wrought by the pandemic: People really love the new slow streets program, which Tumlin said has earned a 90% approval rating. "And I don't think there is anything in San Francisco that is getting a 90% approval rating." California Sun Podcast 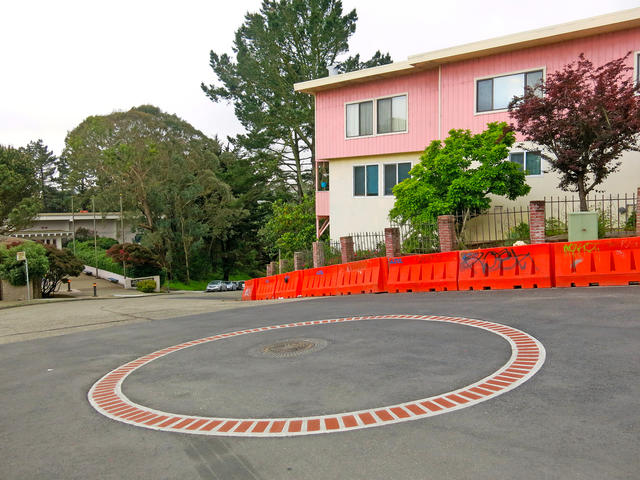 A storage cistern in San Francisco.

Fun fact: Those circles of brick on San Francisco streets are not for decoration. Embedded below them are giant water tanks, installed after the great earthquake and fires of 1906. Based on ancient technology, the cisterns are an emergency source of firefighting water. Roughly 170 tanks remain scattered about the city, ready for duty in a worst-case scenario. Atlas Obscura | CityLab

Here's what it looks like inside one in the Mission District. 👇 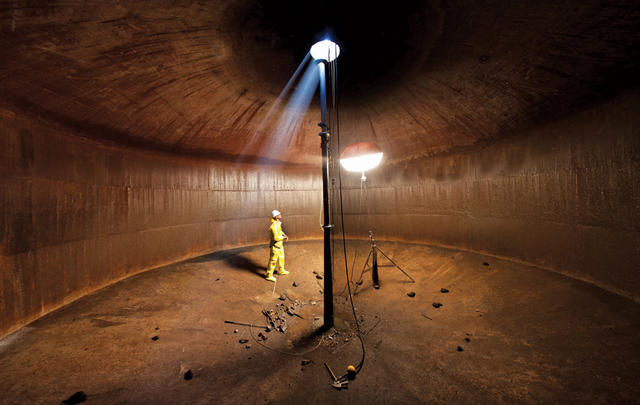 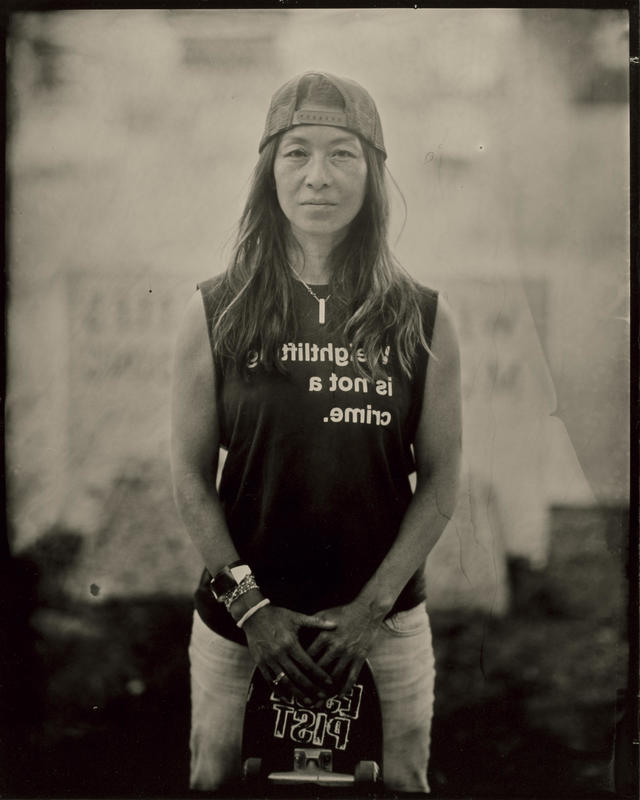