Donald Trump campaigned in San Jose on June 2, 2016. He may be required to release his tax returns to get on California’s primary ballot.

The California Legislature sent a bill to Gov. Gavin Newsom that would require candidates for president to turn over their income tax returns, an obvious slap at President Trump. The editorial board of the L.A. Times denounced the move, saying it could deny the millions of Californians the right to vote for the candidate of their choice. “It should be up to voters to punish candidates for their lack of transparency, not partisan state legislatures,” it wrote. L.A. Times | KQED

Sweeping immigration raids in U.S. cities including Los Angeles and San Francisco — hyped for weeks by the president — failed to materialize over the weekend. Federal officials told the N.Y. Times that plans for the operation were changed at the last minute because news reports had tipped off immigrant communities. Even so, authorities said arrests would unfold through the week. N.Y. Times | L.A. Times California is the only state offering face-to-face higher education classes in nearly every prison. Thanks to a law passed in 2014, the number of prisoners enrolled in community college — with tuition paid by taxpayers — rose from zero to about 4,500 in just a few years. Research has found recidivism rates are 43 percent lower for prisoners who take classes while incarcerated. USA Today

Cartels growing illegal cannabis in the forests of Northern California are using large quantities of a nerve agent so powerful that a thimbleful can kill a 600-pound lion. They use it to fend off animals that wander too close to grows, but it also serves another purpose: spooking law enforcement. Last year, a forest service agent lost his eyesight from exposure. Playboy.com To run the Badwater requires a bit of insanity.

There’s a running race in California so ungodly hot that competitors run on the street’s white painted line to keep their shoes from melting — while covering a distance five times that of a standard marathon. The Badwater Ultra is perhaps the most physically taxing competitive event in the world.

It starts at the lowest point in Death Valley and finishes 135 miles away at the gateway to Mt. Whitney. Still not impressed? The course’s cumulative elevation gain and loss is about 20,700 feet, or nearly four miles. The 2019 race kicks off tonight at 8 p.m. It’s expected to be about 112 degrees. Buzzfeed has a bunch of great photos from past events. Buzzfeed | Desert Sun

People once doubted whether such a running feat was humanly possible. In 1977, a 49-year-old with a head of gray hair proved them wrong. California Sun (2018) A sign offered “Cash for your lot” in Paradise last month.

Paradise has now been officially reclassified as a rural area. That’s because the 2018 Camp Fire resulted in a staggering 92-percent decline of the town’s population — from 26,800 people to 2,034. Curbed San Francisco

California has a new fire plan, and it’s kind of a bailout for the big utilities. CALmatters

A Central Valley elementary school had a janitor put on a mask, carry a fake gun, and pound on a classroom door in an active shooter drill — without informing the teacher or students. The terrified class huddled in a corner, one boy sobbing. “I thought wow, am I going to go down like this,” the teacher said later. A superintendent explained that he wanted students to understand the gravity of the situation. YourCentralValley.com | A.P. 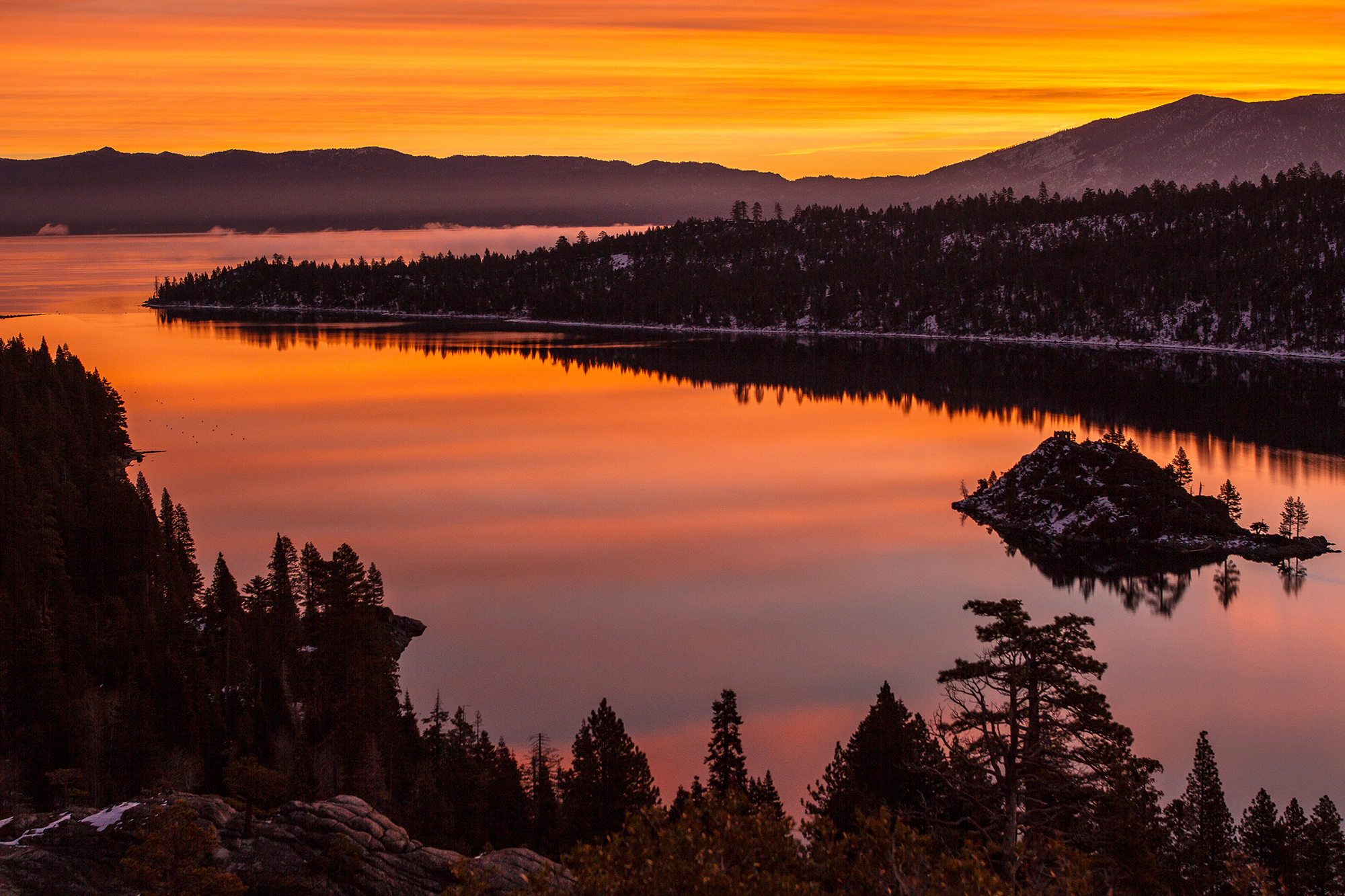 Lake Tahoe, North America’s largest alpine lake, has risen an astounding eight feet since the beginning of 2016. Put in perspective, the increase is the same as if Hetch Hetchy Reservoir, San Francisco’s main water supply, had been emptied into the lake nearly three times. “In other words,” the Mercury News wrote, “Tahoe is full. Right to the top.” Mercury News | SFist

After writing about London’s superior quality of life, a San Francisco columnist was deluged with letters from readers who named cities all over the world with tidy sidewalks and efficient public transportation. “Spin a globe with your eyes closed,” she wrote, “use your finger to stop it, and chances are, you’ve landed on a place that doesn’t feature San Francisco’s disgustingly dirty sidewalks.” S.F. Chronicle A sea of sunflowers near Woodland, outside Sacramento.

California supplies about 95 percent of America’s hybrid planting sunflower seeds. One nice benefit: Glorious carpets of gold across the Sacramento Valley, where the plants delight in the region’s hot, dry summers. Now is the best time of year to see them, but farmers have a request: Please stop trampling on their fields. The Guardian | Whimsy Soul An image shows an oil release near the town of McKittrick in Kern County on July 9.

California Division of Oil, Gas and Geothermal Resources, via KQED

A massive oil release has dumped about 265,000 gallons of crude oil into a Kern County canyon. For more than two months, the oil has been seeping intermittently 35 miles west of Bakersfield, where Chevron injects steam deep underground to aid extraction. State regulators said the company has failed to do enough to stop it. A.P. | KQED

A 15-year-old reached out to law enforcement to report being the victim of sexual assault. Then the Los Angeles County sheriff’s investigator assigned to the case sexually assaulted her. Neil David Kimball, 46, is expected to get three years in prison as part of a plea agreement. Ventura County Star | L.A. Times Netflix headquarters on Sunset Boulevard is the hottest see-and-be-seen spot in Hollywood.

Hollywood has a new town hall where celebrities, filmmakers, and musicians converge: Netflix’s 4,780-square-foot lobby. Its showpiece is an 80-foot-by-12-foot video screen that makes visitors feel like they are inside Netflix shows. But not every visitor passes through it: mega-V.I.P.s use a secret tunnel. N.Y. Times

Paul McCartney had a special guest for his sold-out show at Dodger Stadium on Saturday: Ringo Starr. As an encore surprise, McCartney brought out the only other surviving Beatle for performances of “Sgt. Pepper’s Lonely Hearts Club Band” and “Helter Skelter.” Fans went bonkers. HuffPost | L.A. Times An illustration depicts the killing of Father Luís Jayme during the 1775 attack on the mission in San Diego.

As it happened, the Franciscans went on to string a total of 21 missions along the Pacific coast like rosary beads, laying the foundations for California as we now know it. Wild West Magazine | Journal of San Diego History