Gov. Gavin Newsom unveiled a revised $213 billion budget that boosts both spending and reserves with help from a tax revenue windfall forecasted to be the largest in state history. Among the allocations:

Critics took issue with a proposed water tax to pay for clean drinking water in rural areas. “The governor’s desire for new taxes despite an estimated $21.5 billion budget surplus is unfortunate, unhelpful, and unnecessary,” a Republican lawmaker said. The victims of the so-called Hollywood Ripper were displayed in a Los Angeles courtroom last week.

The governor’s moratorium on capital punishment doesn’t appear to have deterred the state’s prosecutors. They are seeking death sentences for numerous alleged killers, including the men accused of being the Hollywood Ripper and Golden State Killer. “The simple answer is this: The district attorneys of the state of California took an oath to uphold and follow the law,” a Los Angeles County prosecutor said. “I think the governor probably did too, but he doesn’t care.” An oil derrick in the San Joaquin Valley.

The Trump administration issued plans to open up more than 1,100 square miles of federal land across Central California to fossil fuel exploration. That comes a few weeks after detailing plans to allow more drilling around Bakersfield. Together the proposals target more than 2,700 square miles across 19 California counties. An orca in Monterey Bay.

Orcas may appear cute, but they’re fierce predators. Just ask great white sharks. In a documented incident in 1997, a young great white interrupted a pair of orcas eating a sea lion near the Farallon Islands. One of the orcas flipped the shark and held it upside down, suffocating it — then devoured the shark’s liver. About 100 great whites fled the area. In the same area a few years later, a similar attack by an Orca against a great white shark led another great white equipped with a satellite tag to promptly dive about 1,500 feet and swim all the way to Hawaii. Biologists think the sharks are being spooked by the smell of death. Chris Hughes, left, and Mark Zuckerberg in Palo Alto in 2005.

In a remarkable column in the N.Y. Times, Chris Hughes, a Facebook founder and Mark Zuckerberg’s Harvard roommate, called for the social media giant to be split into three. Hughes, who hasn’t worked at Facebook in a decade, wrote affectionately of his old friend, describing Zuckerberg as “human.” “But it’s his very humanity that makes his unchecked power so problematic,” he wrote. “Mark’s influence is staggering, far beyond that of anyone else in the private sector or in government.”

A report found that one out of every 11,600 people in San Francisco is a billionaire. That means the city has the highest density of billionaires of any city in the world — by far. SFGate.com | Marketwatch

San Francisco’s staggering concentration of wealth is feeding a growing clamor for a tax on initial public offerings. A lawmaker now says he has the votes to place the matter on the ballot. S.F. Examiner | Bloomberg San Francisco held its Pride celebration in 2015. Tech has taken over the birthplace of American counterculture.

On this week’s California Sun Podcast, host Jeff Schechtman chats with Salon founder and longtime San Franciscan David Talbot about the city’s fight for its soul. Tax giveaways opened the floodgates to a wave of tech workers that displaced thousands of people, Talbot said. “San Francisco, unfortunately, has now become a poster child for homelessness, a kind of dystopia of the future.”

“The makers of TurboTax have long been luring customers into paying for a service that they promised the government they’d give away for free. Now they’re lying to customers to avoid giving refunds.”

The makers of TurboTax, based in Mountain View, lobbied to keep the I.R.S. from offering a free tax preparation service in exchange for the company offering its own free option for low-income filers. But TurboTax appears to be doing everything it can to keep people from using the service. ProPublica published a painful exchange between a customer and TurboTax agent who repeatedly misleads him. A war is brewing over a prehistoric lake bed in the Mojave Desert that battery technologists say could hold the key to a carbon-free future. An Australian company has asked for permission to explore the area for lithium, a key component in rechargeable batteries. Environmentalists say it’s a first step toward lithium mines that would destroy a fragile ecosystem.

Southern California leads the nation in living with mom. A growing number of millennials — defined as between ages 23 and 37 — are choosing to live longer with their parents thanks in large part to housing unaffordability. Nowhere are they doing so more than the Inland Empire, where more than a third of millennials lived with their parents in 2017. Los Angeles and Orange counties were close behind. 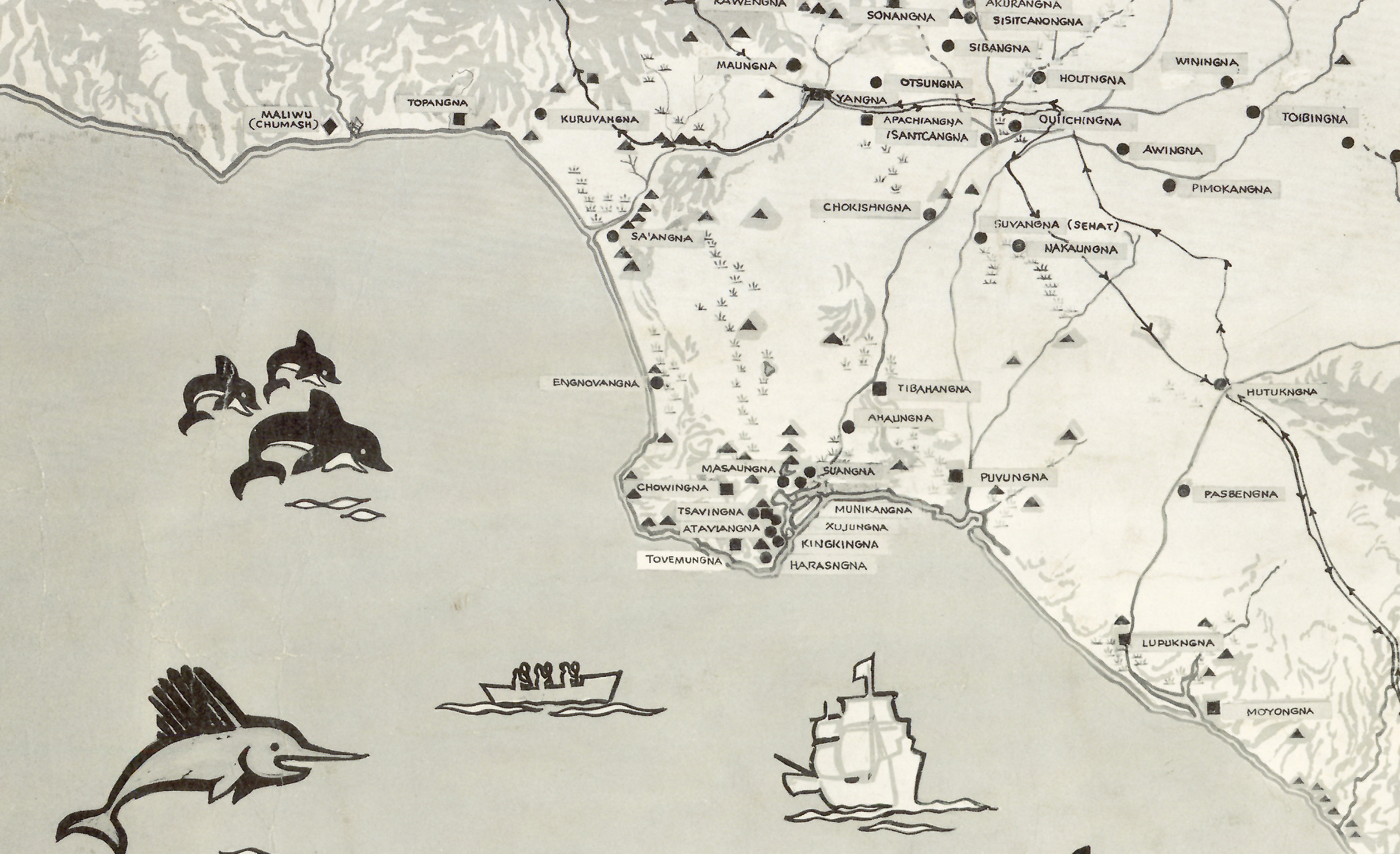 A detail from a map shows Tongva villages in Southern California.

Long before the development of Los Angeles, the region belonged to the Tongva people. Their spoken language eventually died out, preserved only in notebooks and papers collected by museums. But Pam Munro, a 71-year-old linguist from U.C.L.A., has been working to reassemble the language. Beef Wellington is served at the Hobbit in Orange.

The Orange County group on the social media site Reddit recently asked its thousands of users this question: “What’s your favorite restaurant in SoCal?” Among the recommendations: A ceremony was held to mark the completion of the Transcontinental Railroad at Promontory Summit, Utah, on May 10, 1869.

It was on this day 150 years ago that the Transcontinental Railroad was completed. Stretching 1,912 miles from Omaha to Oakland, the railroad effectively transformed America into one nation, unleashing a torrent of goods and people to and from the West.

As the final spike was hammered on May 10, 1869, in Promontory Summit, Utah, guns and train whistles rang out in celebration in cities across the country. All at once, coast-to-coast travel that had taken six months turned into a weeklong journey in relative comfort.

The western portion of the railroad was built by roughly 20,000 young Chinese men, who were paid less than half their white counterparts to cut a route through the Sierra Nevada using picks, shovels, and wheelbarrows. By some estimates, more than 1,000 died in accidents.

Programs this week to commemorate the railroad’s 150th anniversary in California and Utah include recognition of the Chinese contribution that for decades was largely absent from history books and newspaper accounts.

The Atlantic has a great collection of photography of the railroad’s western expansion, part of a body of work by Andrew J. Russell that is now on display at the Oakland Museum of California.