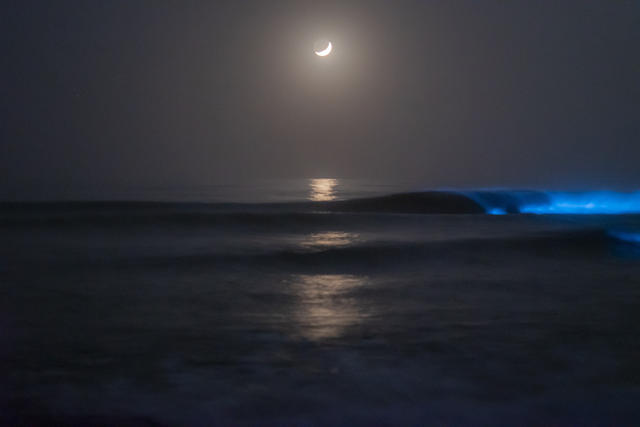 The Southern California coast is putting on one of nature's most dazzling nighttime shows right now.

Known as bioluminescence, the phenomenon of glowing aqua-colored waves is caused by microscopic phytoplankton that emit light when agitated to scare off predators. The events are unpredictable, but occur every so often all along the Pacific coast, peaking usually in summer.

The blooms of plankton, called red tides, are associated with surges of nutrients in the water, from runoff for example. They appear reddish brown during the day. At night, the pyrotechnics begin.

This event, according to Michael Latz of the Scripps Institution of Oceanography, was first detected in March and is unusually large, extending from Baja California up to Los Angeles. Time may be running out to catch a show: red tides typically last anywhere from several days to a month or more.

Below, the Sun curated a selection of some of the best photos captured along the coast in recent days by both professional and amateur photographers.

Editor's note: An earlier version of this article inadvertently included a composite photo, meaning is was constructed from two or more images. It has been removed.