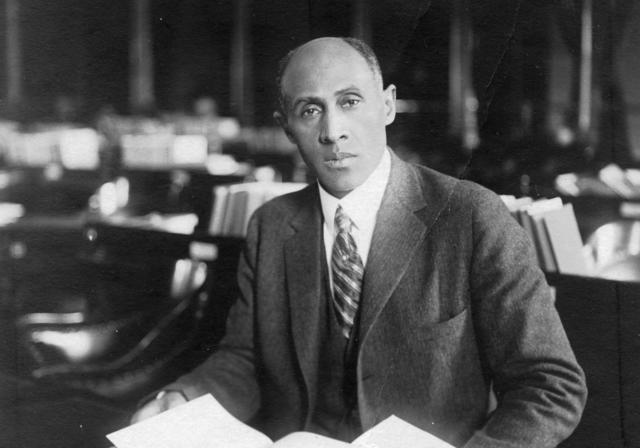 Frederick Roberts at the state Capitol in 1925.Oakland Public Library

Frederick Roberts is a major figure in California history whom few people have heard of. Born to a prominent businessman on this day in 1879, Roberts became the first Black graduate of Los Angeles High School. He attended USC and later worked as a school principal, mortician, and news editor.

Then in 1918, at a time of entrenched racism in California, he made a stunning announcement: He was launching a bid for office in the state Legislature. “People through he was crazy,” his wife later recalled. But Roberts won, defeating a rival who handed out campaign literature that read simply, “My opponent is a nigger.”

The improbable victory made Roberts the first Black person elected to state office on the West coast. He served 16 years in the California Assembly, where he sponsored bills bolstering the causes of civil rights and public education. Colleagues across party lines took to calling him "the dean of the Assembly."

In his calls for racial equality, Roberts sometimes made reference to the ideals of America's founding fathers, with whom he had a complicated relationship. Although the topic was neither discussed in public nor much at home, Roberts was the great-grandson of Thomas Jefferson.

The primary author of the Declaration of Independence is believed to have had a sexual relationship with an enslaved woman at his Monticello plantation, a reality that historians long dismissed as rumor. Today, most accept it as true, with some arguing that the relationship could only be characterized as coercive.

Little is known about the woman, Sally Hemings, but evidence suggests she raised four children conceived with Jefferson, negotiating for their emancipation upon reaching adulthood. Over the generations, the Jefferson-Hemings family tree grew to include hundreds of descendants.

One of its branches reached into California in the life of Roberts, who played no small part in advancing the ideals of liberty that Jefferson, in words if not deeds, so eloquently championed.