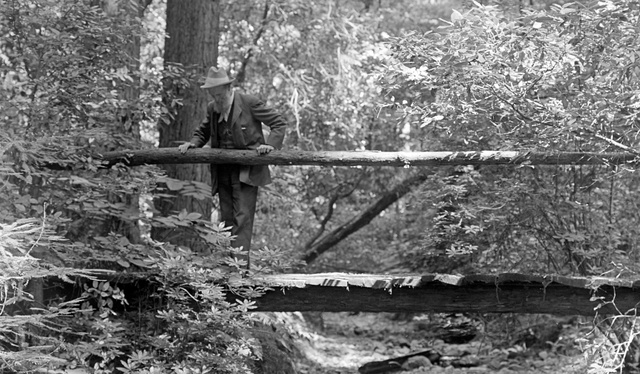 John Muir at Muir Woods, circa 1907.University of the Pacific

John Muir biographer: He was no white supremacist

Donald E. Worster is a professor emeritus of history at the University of Kansas and the author of “A Passion for Nature: The Life of John Muir.”

Below is an essay he wrote in response to a Sierra Club initiative to reckon with comments by Muir that the group said "drew on deeply harmful racist stereotypes."

The Sierra Club’s president now wants to distance himself from John Muir, the Club’s first president from 1892 to 1914, ostensibly because Muir was a racist and associated with “white supremacists.”

Several years ago I wrote a biography of Muir, not to make him a hero or to celebrate uncritically his life and achievements, but rather to understand better the complexities of thought and character within this individual and within American environmentalism. In the end there was much in the man that I did not admire or even like, although I concluded that he lived an extraordinary life, and was most extraordinary when he advocated a broad new ethical perspective on human relations with the rest of the planet. I would call that idea “justice,” but it went beyond what today many call “environmental justice,” which is focused only on racial, class, and gender lines within society. But I never went so far as to denounce him as a racist or white supremacist.

There is also talk of taking down statues of Muir, erasing his name from college buildings, the California landscape, and so forth. Why did anyone put up a statue of Muir in the first place? Did they mean that here is a human being without moral blemish? There are no such people in the world. Move those statues to the basement or tear them down — it’s okay with me. But why must we scrub this man from our list of good people, and in the process risk overlooking the good that was in him and in his valuing of wilderness, natural beauty, and the rights of all “God’s peoples” to enjoy their lives in the outdoors, in the midst of or away from cities, crowds, and bulldozers?

Muir has been dead for more than a century, but if he could speak from the grave, I can easily imagine him agreeing that systemic racism is bad and should be repudiated, for he never published a word in support of black slavery, racial segregation, the Confederacy, forced sterilization of minorities, or genocidal policies toward Native Americans.

Late in his life Muir acquired a few friends who were rich developers, like E. H. Harriman, the New York railroad magnate, but his preferred circle of friends did not include Frederick Henry Osborn, another New Yorker who was a blue-blooded paleontologist and could fairly be called a white supremacist. By far Muir’s greatest moral failings came, in my view, when, influenced by those close friendships, he soft-pedaled his more radical ideas about justice. He failed to address how those ideas should be applied outside the national parks wherever people sought a living and economic development. At home he was an agriculturalist, but he never got around to explaining what it meant to be an environmentally just farmer, nor to define environmental ethics for miners, lumbermen, engineers, irrigators, or railroad men. Thus, he left a lot for later generations to figure out.

Muir was not, by the way, the founder of the Sierra Club — a group of professors at Berkeley were the main organizers. Reluctantly, he agreed to serve as president but was often negligent in his duties. The Club was not that important to him. He even made powerful enemies among its members, especially over his opposition to dam building within Yosemite National Park. If today’s Club wants to distance itself from some things Muir said, then let it do so, but without obscuring or repudiating the core of what he stood for. Above all they should not tar him with “white supremacist” labels that represent mere “guilt by association.”

After several years of digging into his life, I could find no evidence that Muir was an out-and-out “racist” (if we mean that he believed in the innate superiority of his own race over others). True, he occasionally made unflattering remarks about this person or that, including a lot of white people. I could find only a few expressions of distaste for non-whites: a poor family of African Americans he met while tramping across Florida, a band of Indians he met on a trail near Yosemite Valley who begged him for whisky, all of whom he found disgusting mainly because they were dirty. But he was even more disgusted by a filthy white lad who was his fellow sheepherder in the Sierra. The rush-to-judgment reader should not seize on a single word or two he uttered in those encounters, ignoring their full context. In the second case, for instance, Muir went on to self-examine the repulsion he felt toward the Indians he met on the trail and then concluded with a call for interracial brotherhood! Clearly, he was ashamed by his initial reactions. But too often his critics don’t turn the page and see that fuller picture.

Muir showed far more sympathy for Native Americans as he got older and came to know the indigenous people of Alaska. But throughout his life he never called for excluding any group from the national parks. The notion that he was a lone, antisocial hiker out to claim exclusive possession of the parks is a common but false stereotype. Always he wanted to get people of all sorts in touch with the natural world. And by no means did he want the parks to become exclusive preserves for the privileged and wealthy. At the same time he insisted that humans were not the only form of life that mattered. The world had not been made only for Homo sapiens; it existed for all living creatures, including the bears and grasshoppers. Muir was a radical egalitarian in his environmental philosophy, and he should be remembered and honored for that.

See the California Sun's Q. and A. with Worster.