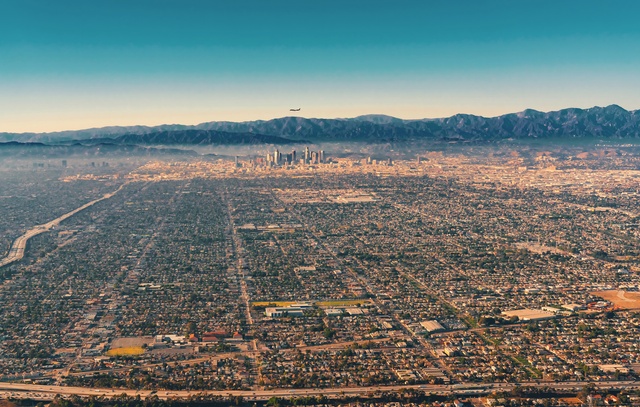 Los Angeles is a megacity born of multiple economic booms.TierneyMJ

The curiously lopsided population of California

Half of Californians live below this red line. 👇

The shift began with the oil and citrus booms of the 1890s. “Los Angeles and Southern California have one of the largest oil reserves of any region in the country. And agriculture made it an attractive place for land speculators, especially as major aqueduct projects brought water to the region,” said Justin Levitt, an adjunct political science professor at California State University, Long Beach.

“L.A. spent a lot of resources in the first two decades of the 20th century building the groundwork of what would become a major harbor,” said Levitt. “Over time, ships became deeper and needed deeper water and different kinds of berthing. The shallower San Francisco Bay waters weren't set up as well for new ships, especially after WWII.”