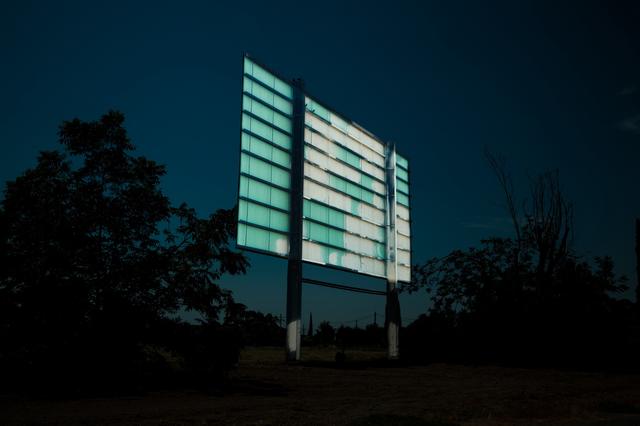 The remains of the old Porterville Drive-In, which opened in 1950 and closed in 2004. Lindsey Rickert

What happened to the California drive-in?

There was a time in California when pretty much everybody went to the drive-in movie theater.

Pioneered in New Jersey in 1933, the idea caught on quickly in warm, car-loving California. By the 1960s, more than 220 were operating across the state.

The outdoor theater was conceived in part as a family-friendly alternative to the walk-in theater. No more dressing up and paying for a babysitter to have a night out. Amorous teenagers were among the most enthusiastic patrons, prompting a nickname for the drive-ins: “passion pits.”

But in the 1970s, the drive-in starting going the way of the California orange grove, forced out by rising property values and population growth. “Urban sprawl,” explained Scott Lotter, the owner of Lakeport Auto Movies in Lake County. “Things grew in around drive-ins and that changed things.”

Suddenly a drive-in owner could make as much money handing over the land for a shopping mall or housing development as he would from 20 years operating the theater. Later, the rise of the VCR hastened the disappearance of drive-ins as people increasingly watched movies at home.

Yet they haven’t vanished altogether. A modest national resurgence starting in the 1990s led to 100 or so theater openings in places like Pennsylvania, Alabama, and Texas.

But aside from a few exceptions, the decline has been steady in California. According to the latest figures, less than 18 drive-ins now operate across the state, including five or so in greater Los Angeles, at least three along the Central Coast, and a few scattered between San Jose and wine country.

Tony Maniscalco, vice president of marketing for West Wind Drive-Ins, downplayed the role of Californians’ shifting tastes. He and other industry veterans said the state’s drive-ins do good business, evidenced by the reopening of two formerly shuttered drive-ins in Concord and Santa Barbara over the last 11 years.

The case for starting one from scratch, however, is a different story.

Maniscalco illustrated the challenge by citing the awesome projection power needed at drive-ins to create crisp images on a 100-foot screen from a distance equivalent to the length of a football field. “A row of cars is a whole lot fatter than a row of people,” he said. “That’s a lot of real estate, and unless you have it, it’s going to be really hard.”

Lindsey Rickert, a Portland photographer, shared some beautiful images that she captured of California drive-ins for her book project “Drive-In America.” Scroll down to see them.